A match made in Bollywood is coming to Hollywood.

King of red soles Christian Louboutin has collaborated with Indian designer and textile enthusiast Sabyasachi Mukherjee on a capsule collection of ultra-luxe shoes that’s bowing today exclusively at Just One Eye in Hollywood, including hand-embroidered men’s and women’s sneakers, smoking slippers and fur-trimmed booties available in limited quantities because of the nature of the gilded fabrics. The shoes ($1,095 to $4,995), including some special order styles, are on display in the art-filled store next to a selection of Sabyasachi’s exquisitely embellished couture clothes.

How did they get here? Long inspired by his travels, Louboutin has a global network of artisans who contribute to his collections, whether he’s tapping monks in the north of Egypt to make Coptic crosses for sandals, or a community in a village in Thailand to design gilded wood heels. 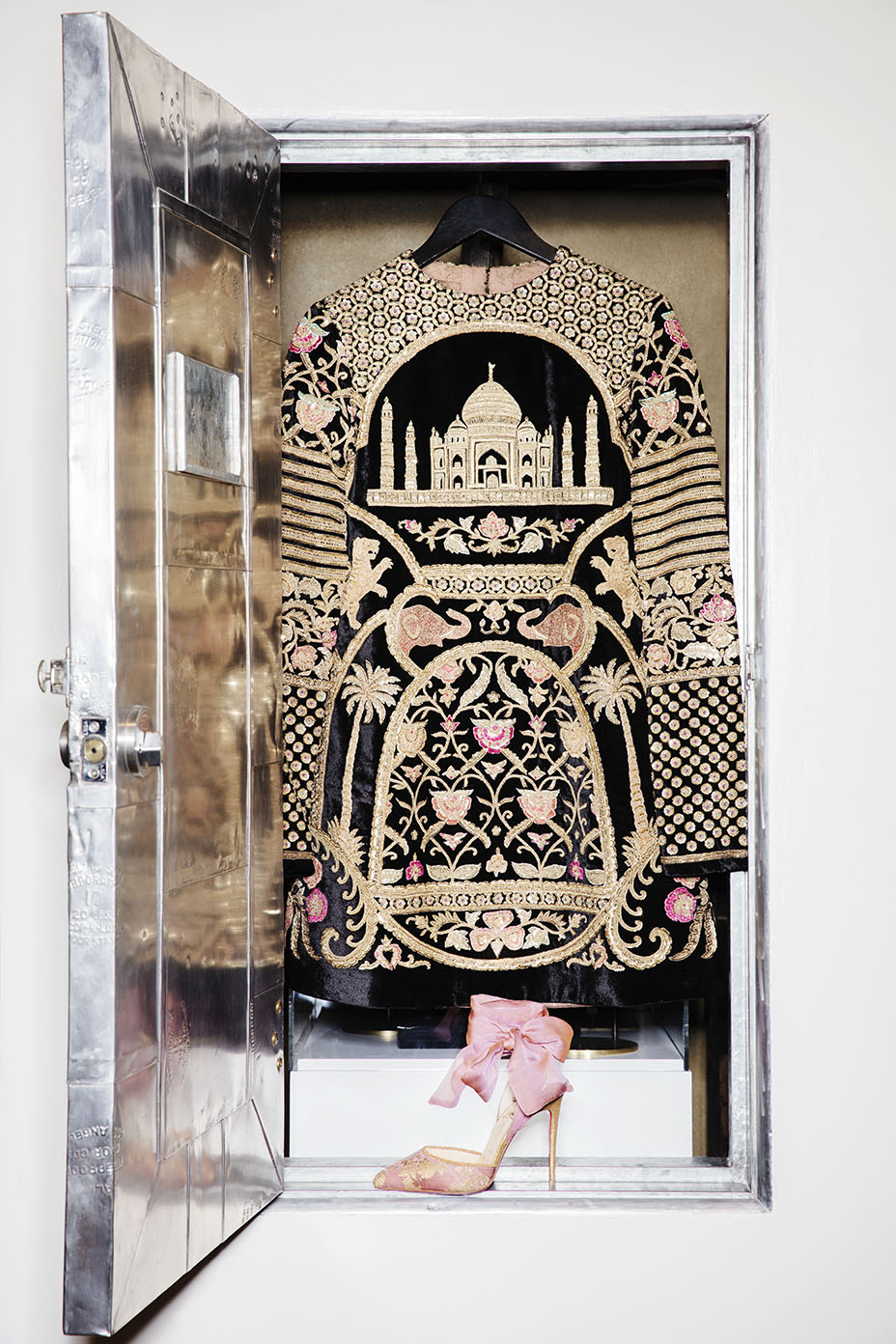 Meanwhile, Saybasachi has built his bridal and eveningwear business on preserving and elevating Indian artisan handcrafts, dressing Reese Witherspoon, Vidya Balan, Priyanka Chopra, Deepika Padukone and many more stars since starting wearing his label in 1999. “What would Paris be without the Eiffel Tower? When I think about India, what would it be without handicraft?” he said during a recent visit to L.A.

The two met a few years back when Louboutin ducked out of the rain and into Sabyasachi’s boutique during a visit to Mumbai. “I’ve always had a big love for India,” said the shoe designer. “I knew his designs and was very excited to see his store and buy some kurta.”

“I was wearing really dirty track pants and even dirtier flip flops, with mud on my feet,” remembers Sabyasachi. “I thought I should go and say hello to him, but Mr. King of Shoes and dirty flip flops don’t really work together.” 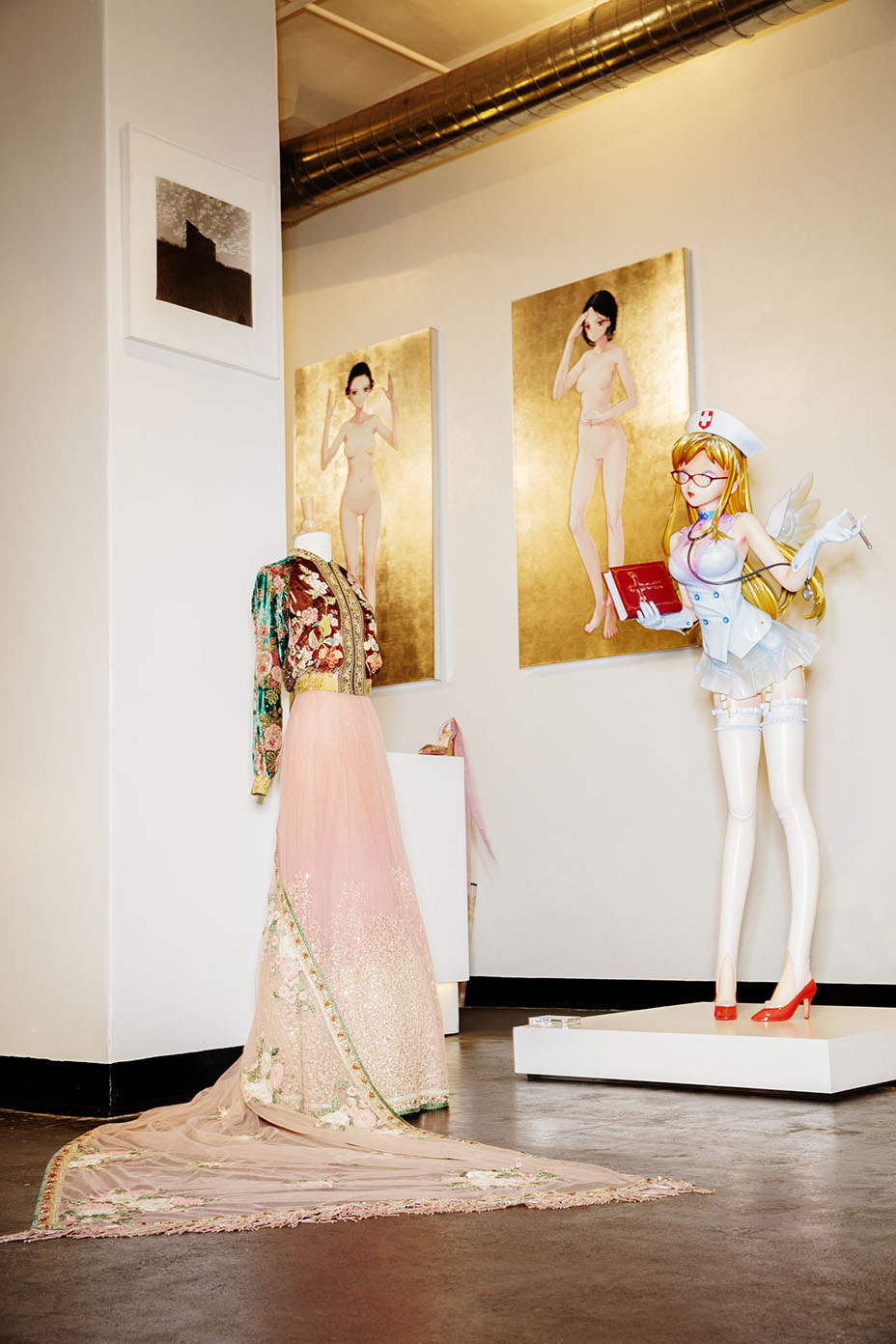 Muddy feet aside, they did meet and immediately bond over everything but fashion — namely food, travel and their favorite Bollywood films. (Sabya, as his friends call him, has designed costumes for films such as Guzaarish, Baabul, Laaga Chunari Mein Daag, Raavan and English Vinglish, and Louboutin has been a fan of Indian cinema since he was a child growing up in Paris near an art house theater that played nothing but.) “Christian knows much more about Bollywood than I do. He sings beautifully,” Sabyasachi jokes.)

“We have a lot in common, including attention to details. The craftsmanship of his work is insane,” said Louboutin, who designed the shoes for Sabyasachi’s Lakme Fashion Week runway shows in 2015 and 2016. He also visited his atelier in Kolkata, including Sabyasachi’s private archive of saris and ribbons, where the two came up with the idea for a more commercial collaboration.

They decided to launch a capsule collection in L.A., which has become a second home of sorts for Louboutin in recent years, and which Sabyasachi was eager to visit for the first time, to share with a new audience his signature embellished elegance. 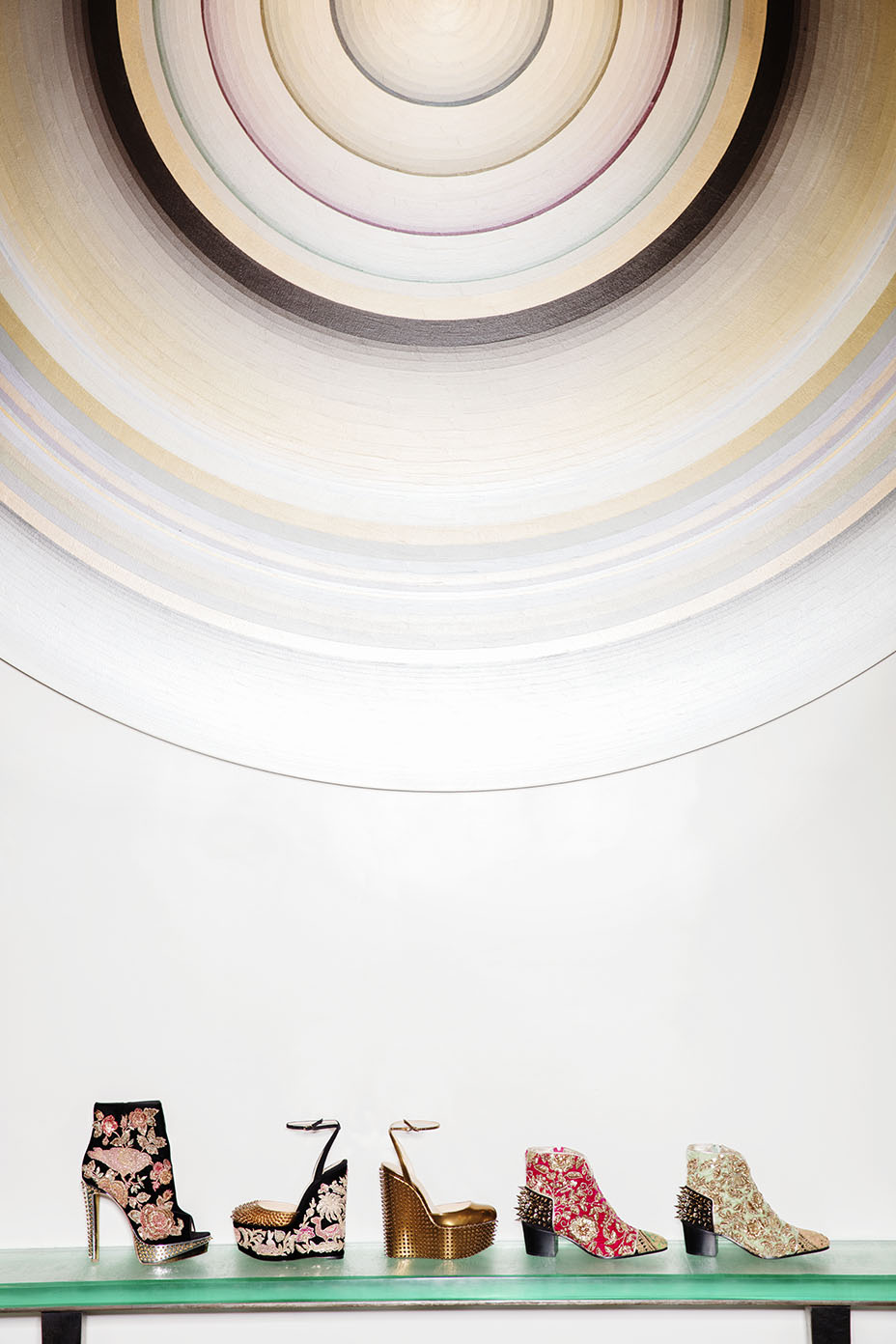 “The good thing about these collaborations is that they put a spotlight on communities that need help, that have been doing handicrafts for European nobility and Indian nobility for hundreds of years,” says Sabyasachi. “That’s the reason I’ve always supported handicraft because that will be the future of luxury.”