Continue to The Hollywood Reporter SKIP AD
You will be redirected back to your article in seconds
Skip to main content
March 23, 2020 5:03pm

Christian Siriano, Brandon Maxwell, Prada and Armani are among the growing number of fashion brands using their sewing skills to make masks and medical gowns during the coronavirus pandemic.

New York now has more than 16,000 cases of the coronavirus, and as medical demands rise, medical supplies have declined. Hospital staff are experiencing an emergency shortage of supplies such as gowns and masks due to the overwhelming number of patients.

On Friday, New York Gov. Andrew Cuomo tweeted a public call to action for “creativity” to curb the lack of necessities needed by medical staff to prevent contraction of the virus. Cuomo stated that the state of New York will pay a premium and offer funding for those who contribute.

Siriano (who has dressed Zendaya, Leslie Jones, Cynthia Erivo and Celine Dion) heeded this call to action — sewing machine and scissors in hand. “If we need masks my team can make them! I have sewers and pattern makers ready to help working from home,” Siriano said Friday on Twitter. Siriano posted prototypes of the masks on Twitter that evening.

Prototypes are happening more updates by next week. pic.twitter.com/xBPqFtiX0E

On Saturday, the Costume Designers Guild announced it had asked members to volunteer to sew protective masks for health care facilities.

Armani announced Thursday that it’s turning all of its Italian production plants into sites for making single-use overalls for medical professionals. And the Ermenegildo Zegna Group (which has dressed Mahershala Ali and Nick Jonas for the red carpet) will convert part of its production facilities in Italy and Switzerland to now create medical masks and protective suits for hospitals.

Bulgari is collaborating with its fragrance manufacturer, Industrie Cosmetiche Riunite, to make bottles of hand sanitizer in recyclable bottles. The bottles will be given to medical facilities and the Italian government, with plans to donate several hundred thousand within the next two months.

“I believe as a major economic actor and symbol of Italy, Bulgari has a responsibility to contribute to the national effort to help prevent, fight and eradicate COVID-19. We believe it is our duty to contribute with our know-how and production facilities,” CEO Jean-Christophe Babin said Wednesday in a statement.

Bulgari is also part of fashion conglomerate LVMH, along with Louis Vuitton, Dior and Givenchy, which is ordering 10 million masks from a Chinese producer to deliver in France for the next four weeks, for a total of 40 million masks. Dior and Givenchy’s perfume and cosmetics labs are making about 50 tons of sanitizing gel a week to donate to French hospitals. 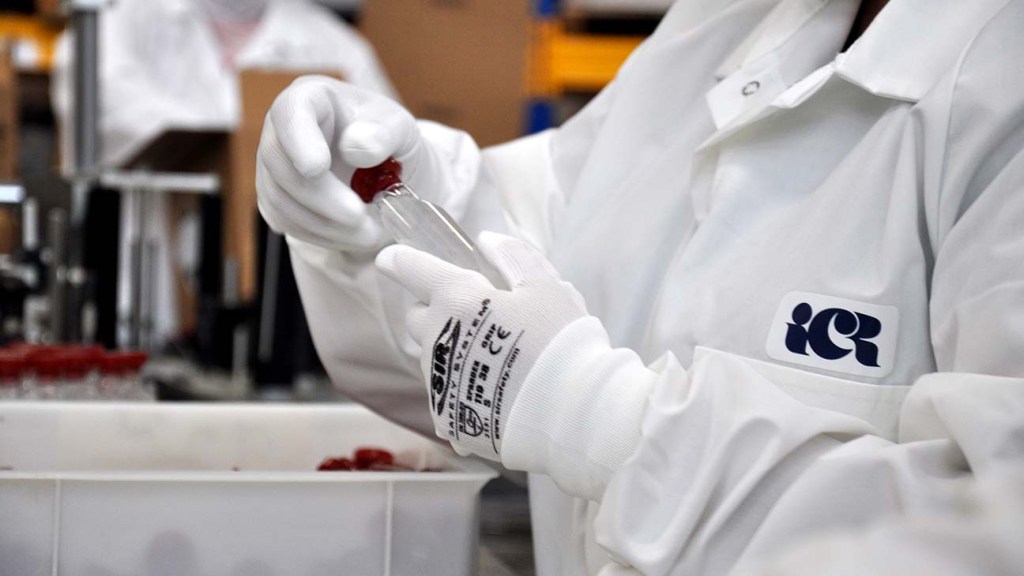 The mask scarcity has summoned the skills of more top designers to lend their services. Since Siriano stepped up, so has Maxwell, who styled Lady Gaga before branching off into his own fashion label, which has recently dressed Ana de Armas, Margot Robbie and Julia Louis-Dreyfus.

“In response to this global crisis, we are now focusing our creative efforts on manufacturing PPE (personal protective equipment), starting with gowns,” Maxwell wrote on Instagram. “We have spent the last week researching the appropriate medical textiles to create these gowns and are proud to provide these much needed items to the doctors and nurses on the front lines of this crisis.”

Prada, too, will make 110,000 masks and 80,000 overalls by April 6 (all to be manufactured in their factory located in Montone, Italy) to give to the Tuscany area, the house announced Monday.

Michael Costello — who has styled Beyonce, Jennifer Lopez and Mariah Carey — joined this fight to lend a helping hand, too. He said he had been working for 24 hours, “glued to my machine in hopes of making prototypes of face masks.” Costello explained that a contact in Los Angeles would produce surgical-grade masks that help prevent catching the coronavirus. “We will not be selling any of these but rather giving them away to all first responders, hospitals, and healthcare providers,” he wrote on Instagram.

Costello challenged other designers such as L.A. designer Bryan Hearns, Michael Ngo, Ashton Michael, Viktor Luna and Geoffrey Mac to do the same. And after Atlanta Mayor Keisha Bottoms declared a state of emergency on March 15, Edmond Newton, former contestant on Project Runway (season 14) and Project Runway Allstars (season six) pitched in to make masks that are being donated to Atlanta’s Grady Hospital.

Designer Naeem Khan, who has dressed Michelle Obama and Oprah alike, will donate 2,000 face masks to New York medical staffers. He has shifted “all of his retail production operations” to solely make masks during the crisis.

“It is during this time of need where we can all utilize our resources to help those in need, especially frontline medical workers at the forefront of this pandemic who are in critical need of basic equipment,” Khan says in a statement.

Hospitals and city governments continue to ask for help, and local designers continue to step up to the challenge.

Focused. I have been here for the past 24 hours, glued to my machine in hopes of making prototypes of face masks. These are (Non-surgical grade masks) . Let’s help prevent the spread of covid-19. I have been in contact with someone in Los Angeles who can and will produce surgical grade masks that help prevent catching the covid-19 virus as well on Monday i will find out where we stand with those type of mask . We will not be selling any of these but rather giving them away to all first responders, hospitals, and healthcare providers. @mayorofla @cdcgov @nygovcuomo @cfda @bof @karlapfrancog again the ones i am making have a 70-74% success rate . And are non surgical cotton blend

Hi fam! Happy to share that I spent the weekend making 2 batches of non-surgical masks to donate to my local speciality facilities!. . Working on more donations and special editions so that my friends & followers can help support our local LA community! Thank you for the love you’ve sent and I can’t wait to continue paying-forward with your help!

Open letter to @keishabottoms For several days my team and I have made numerous attempts to get in contact with the proper contact in order to contribute mask that we have made for the healthcare workers on the frontline. If someone from Grady Hospital or other Atlanta based hospitals would please reach back out to our team, we are here eagerly waiting to help this global crisis. ONE LOVE!!! . . . #ppe #facemask #coronavirus #cnn #atlanta #edmondnewton #noirsoulmenswear #projectrunway #projectrunwayallstars #oldfashionhealth