Why do the ladies love Christian Siriano?

“I love that he is an original,” said Debra Messing. “He is obviously profoundly gifted, and talent turns me on.”

At Tuesday night’s opening of his first New York boutique, which Siriano has dubbed The Curated NYC, Messing wore his fuchsia silk-crepe, bias-cut dress with a draped sleeve, while Silverstone chose a one-shoulder style in black silk crepe, “a kind of flounce dress that’s whimsical, playful, but very elegant still,” the designer said. 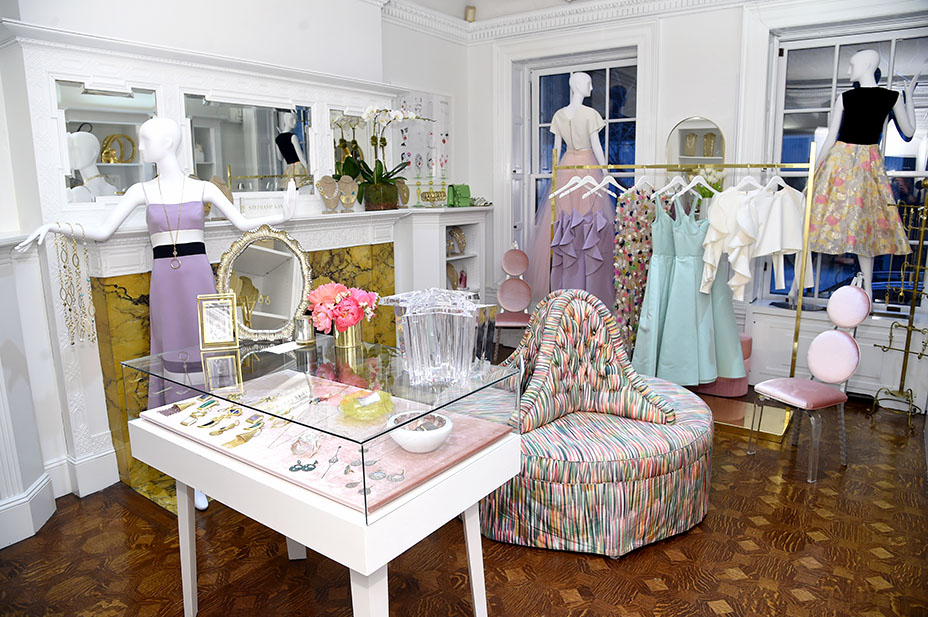 “We have so much fun — we giggle, we laugh, and I feel like he’s my friend,” Messing added. “Yesterday we played with clothes, and by the time we were done, it wasn’t just this one dress, it was eight dresses, and they were all perfect. You’ll see the other seven in the coming weeks.”

A former Project Runway winner, Siriano has made a fun, size-inclusive attitude the focal point of his brand, garnering headlines in June 2016 when he stepped in to dress Leslie Jones after she expressed frustration on Twitter that no fashion house would dress her for the Ghostbusters reboot premiere. 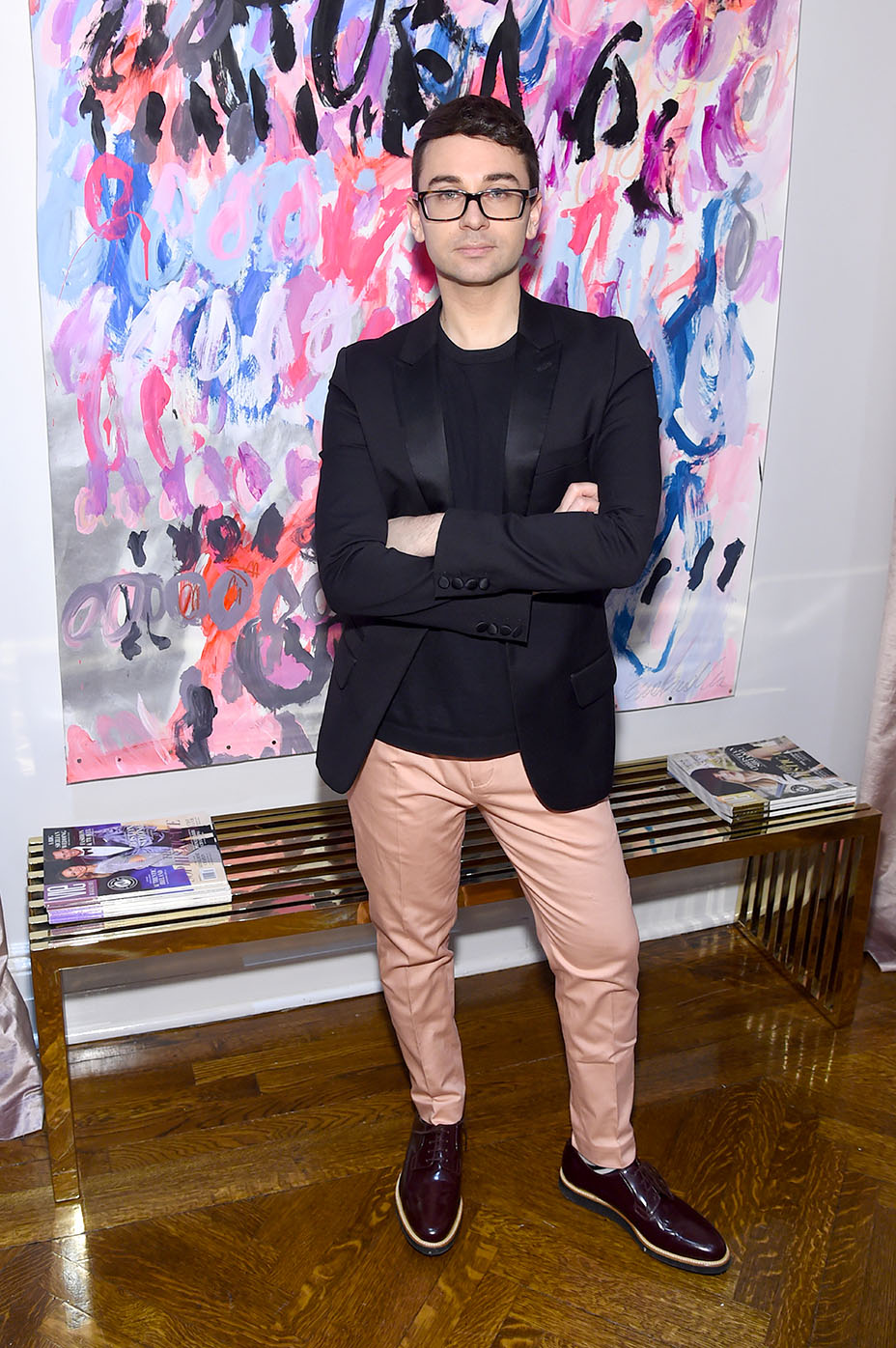 For the 2018 Academy Awards ceremony and afterparties in March, he dressed 17 women, including Laurie Metcalf, Amy Adams, Janelle Monae, Rachel Bloom, Holland Taylor and Whoopi Goldberg. “The fact that he’s celebrating women of every age, every size and shape, not only on the red carpet but also on his runway, is a game-changer,” Messing said.

For Siriano, such a decision is only natural, he explained Tuesday evening amid a crush of guests that included husband Brad Walsh, Hunger Games actress Isabelle Fuhrman, costume designer Patricia Field, and stylists Micaela Erlanger and Ty Hunter. “My mom is a size 16/18, and my sister is a size 2; I grew up in a household where that was normal, that’s just life,” Siriano said. “I hate when I hear someone say, ‘You don’t make something for me in my size,’ or ‘I can’t find something to wear.’ Getting dressed should be easy, it should be fun, and it should be the best part of your day.” 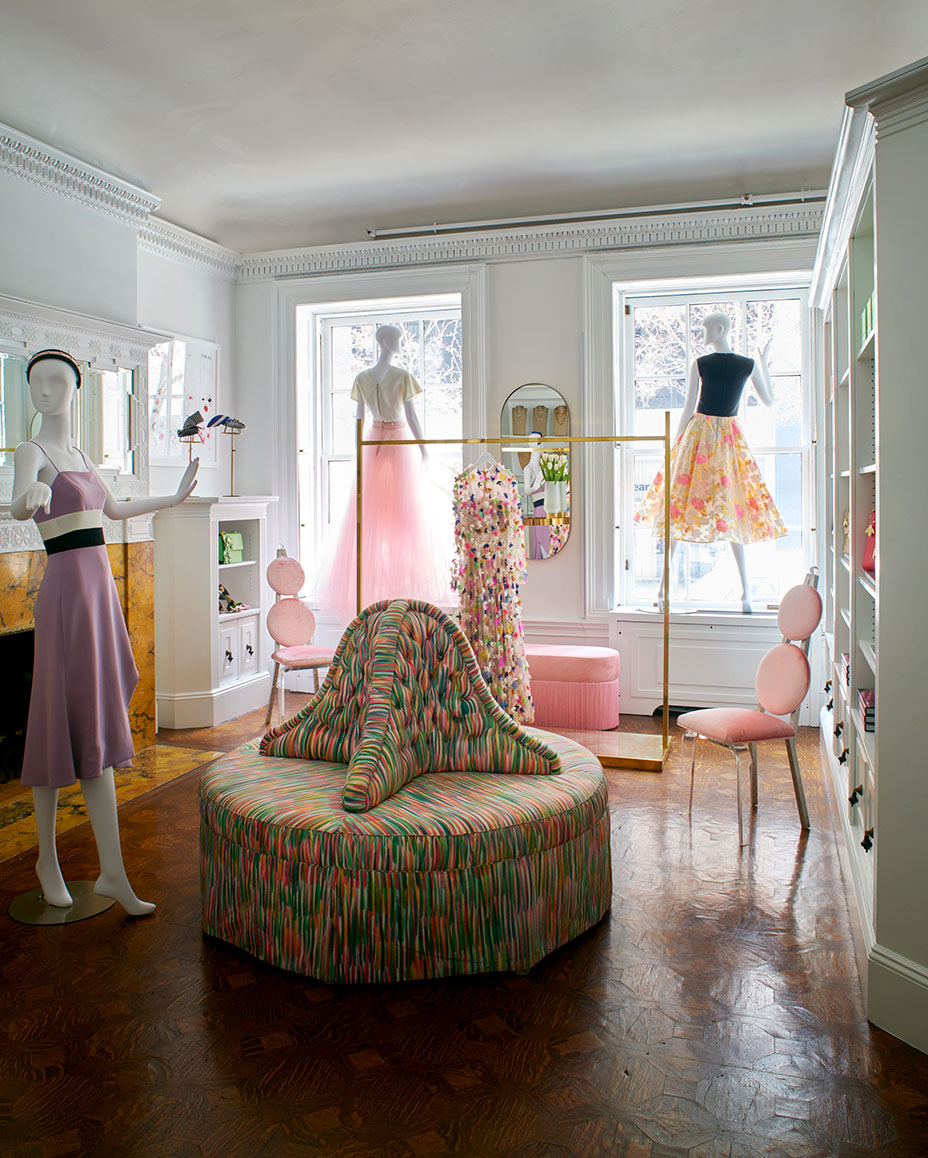 He’s carrying that attitude into The Curated NYC, which is featuring his eponymous collection up to size 20. Alongside the full range of his own label — from brocade shoes and straw summer bags on the first floor to frothy tulle ballgown skirts on the upper level — other collections at The Curated NYC include the buzzy plus-size brand Universal Standard; menswear by David Hart; jewelry from Stephanie Kantis and Irene Lummertz; and Rizzoli-published books.

You also can inquire if a piece of furniture catches your eye: Arranged amid clothing and accessory displays, everything from slipper chairs to ottomans and cocktail tables is either ‘60s or ‘70s vintage or from designers including Kelly Wearstler and Todd Merrill. “I wanted to create a place for people to come and shop and feel comfortable, feel like they’re at home,” Siriano said. “That’s also why I wanted to partner with other brands and make it a multi-brand experience.” The approach also allowed for a broad range in pricing, he added, with pieces starting at $30 and going as high as $50,000. 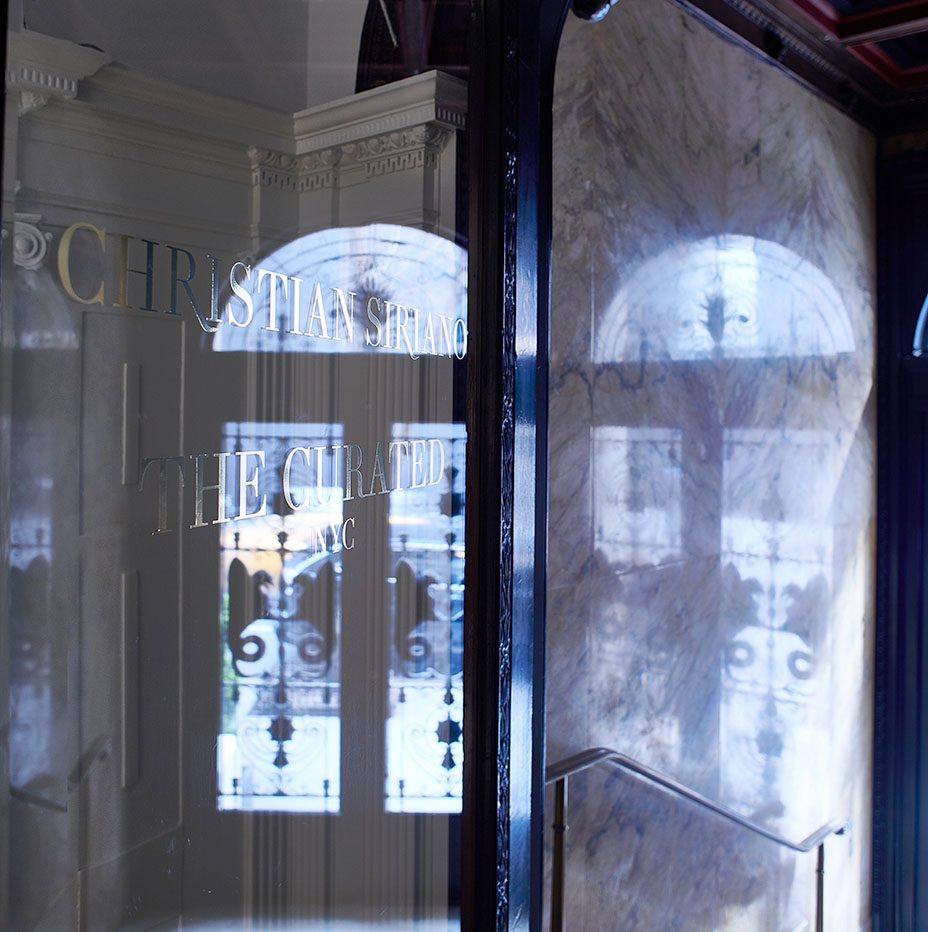 The Curated NYC is located in an eight-story townhouse that formerly was the home of Faberge’s U.S. offices; Cary Grant also once kept an office in the neo-Renaissance building, though it had been standing empty for more than a decade until Siriano’s team discovered it. The store is on the first two floors, while Siriano’s showroom and offices can be found on the floors above; he’ll also show his Resort 2019 collection there in June. “It’s a complete atelier; we did that so we could control it and offer a whole experience in one place,” he added.

Future plans for The Curated NYC include a Joye & Rose coffee shop that will include pastries from Balthazar. Siriano and Silverstone also are talking about opening a rooftop cafe that will showcase her love of the plant-based diet (the actress has authored two books on the subject, 2011’s The Kind Diet and 2014’s The Kind Mama). “We haven’t quite figured it out yet, but I’ve always wanted to do it,” Silverstone said, noting that her schedule is packed as her latest series — American Woman, which focuses on the women’s liberation movement of the 1970s — is set to premiere June 7 on Paramount Network.

She is still finding time to teach Siriano some new eating habits, however. When asked, she turned the question over to him: “Have I changed the way you eat?”

“Everything has changed because of her,” was Siriano’s quick response. “We eat very well now; we eat everything she says I should try, even though sometimes I don’t want to try it. But she’s always right.”