If there’s one thing we know about Christian Siriano, it’s that he’s a designer for all people. And for his latest runway show, held at the Plaza Hotel’s Grand Ballroom, he made that message clear. 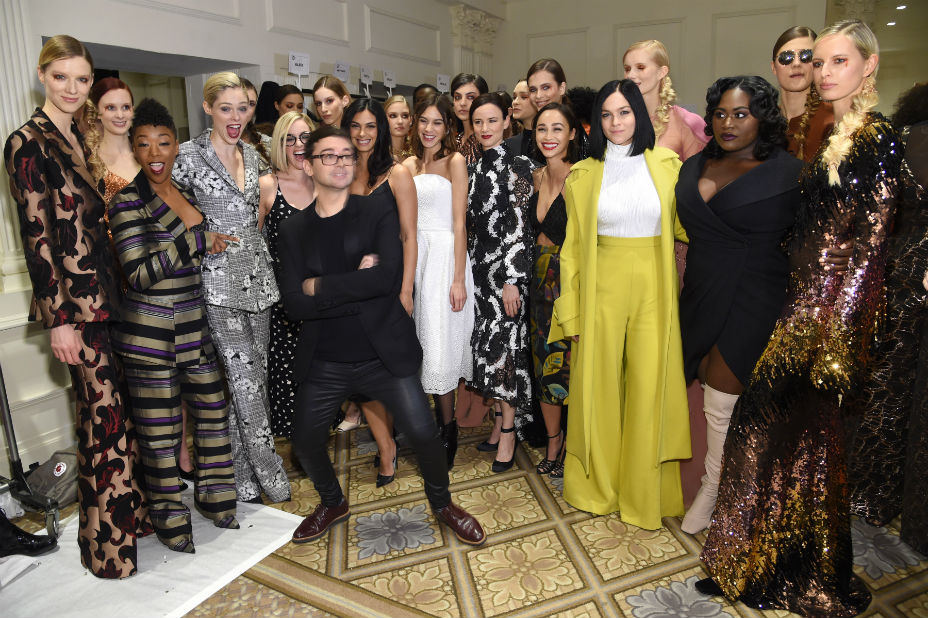 “I just felt like it was nice to end the show on a little bit of a cleansing idea,” Siriano told The Hollywood Reporter backstage post-show. “People are people, we should all be celebrated in our own way. It’s very simple. It’s not that hard to do and I think that that’s what it was about.”

Though the finale was set to Depeche Mode’s “People Are People,” Siriano said the T-shirt slogan wasn’t inspired by the 1984 hit. “But it made sense,” he said.

At Jeremy Scott, Kylie Jenner Causes a Ruckus and Jesus Gets a Makeover

“We were trying to figure out what politically we wanted to say, because I didn’t really want to be political,” he explained. “[The shirt] is about human rights. It’s not about politics, it’s about supporting everyone. That’s what I thought was important,” he said.

Siriano’s husband, Brad Walsh, later tweeted that he was the one who designed the tee, and that 100 percent of proceeds will be donated to the ACLU.

I designed this “People Are People” tee seen on @CSiriano‘s runway. 100% of proceeds go to ACLU. Available now at https://t.co/3NZ4AE3JOa pic.twitter.com/Zc8x9RNZmz

Much like last season, Siriano continued to cast a diverse range of women, including curvy models Iskra Lawrence, Alessandra Garcia, Sabina Karlsson, Candice Huffine and others. Alek Wek, 39, opened the show and Karolina Kurkova, 32, closed it in a sequin gown. 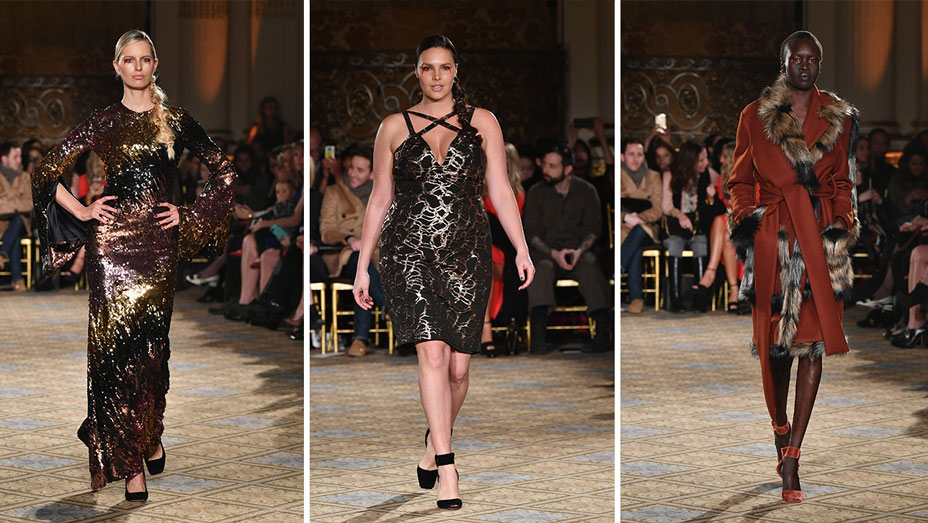 “I love the fact that he knows the importance of representation. He understands that all women should be seen and deserve to be dressed and feel beautiful,” Orange Is the New Black star Brooks told The Hollywood Reporter. “I’m grateful that he’s allowed me to be his muse for Lane Bryant and the fact that I get to sit first row at his show. I’m just very honored.” Siriano collaborated with Lane Bryant on a plus-size collection last year.

Baccarin, who wore Siriano’s design for the first time while attending the presentation, told THR that “it’s really rare that you have a designer that can combine modernity and also classic style with many silhouettes that work for many women, not just one.”

Asked how she’s coping with today’s political climate, Baccarain noted, “I think it’s important for people to check their facts and not just be mean because that doesn’t help. We just all have to stay in control and do what helps.”

One thing that helps? Finding an escape with fashion, beauty and the arts.

“We’re sitting here watching fashion, watching all this beautiful work that we create. You should take yourself out!” Siriano exclaimed. “There’s enough hate going on in the world.” Preach.

Samantha Reed contributed to this report.