Many of the greatest names in the history of modern art are represented in The Collection of Peggy and David Rockefeller, a portion of which is on view at Christie’s in Beverly Hills through April 12 before going to auction May 7-11. Included are masterworks by artists like Pablo Picasso, Claude Monet, Georgia O’Keeffe, Diego Rivera and Willem de Kooning.

The Rockefeller family’s impact on New York’s art world has been profound. In 1929, Abby Aldrich Rockefeller and two of her socialite friends, Lillie Bliss and Mary Quinn Sullivan (known as ‘the indomitable ladies’), co-founded a museum “for the art of our time” and appointed Albert Barr director. It was the beginnings of the Modern Museum of Art. David Rockefeller inherited much of his mother’s collection, which focused on the early roots of modernism in the late 19th century through World War I, and added acquisitions of his own over the decades.

“It’s the primary taste in MoMA in terms of the birth of modernisms and its centrality of painting, French and Spanish (giving Picasso his due),” Christie’s Americas chairman Marc Porter tells The Hollywood Reporter. The collection has an estimated worth of $500 million, with trinkets running as low as $200 in the online portion of the bidding. Proceeds will go to select charities including MoMA, Rockefeller University, Harvard University, The David David Rockefeller Global Development Fund, the Council on Foreign Relations and others.

Most of these masterpieces have been hidden away behind private walls for years, a situation that is unlikely to change following the auction. Highlights of the collection are below.

Rarely does a painting from Picasso’s rose period become available. The last one was Boy With a Pipe (The Young Apprentice) in 2004, which fetched $105 million. Filette a la corbeille fleurie offers the nude likeness of a teenage flower girl who worked outside the Moulin Rouge. In addition to Picasso, she served as a model for Modigliani and Van Dongen as well. Gertrude Stein’s brother Leo acquired the painting for $30 in 1905. Gertrude didn’t care for it, commenting that the legs were wrong and the feet clumsy. She nevertheless kept the painting and bequeathed it to her partner Alice B. Toklas upon her death in 1946.

After Toklas passed in 1967, her art collection was acquired for $6.8 million by a consortium including Rockefeller, his brother Nelson, William Paley, William Burden, Andre Meyer and John Hay Whitney. “It’s almost never the most expensive work of art in the collection, it’s the one that appeals to you the most,” observes Porter as he stares at the collection’s piece de resistance. “I found her drawing me back every time she’s in the building.” Est. $90 million-$120 million.

Painted around the time of Monet’s sprawling panels of his waterlily garden in Giverny, this large-scale canvas was acquired by Rockefeller in the late 1950s with MoMA director Alfred Barr’s encouragement. At the time, Barr noted how Monet’s erratic brushstrokes anticipate the New York School of the mid-century. Est. $50 million-$70 million.

Commissioned by Abby Rockefeller, this work was painted aboard the ship that transported Frida Kahlo and Diego Rivera to New York City in 1931. A year later, a dispute between the John D. Rockefeller, Jr. and Rivera broke out over a mural he painted for the foyer of Rockefeller Center that included a likeness of Vladimir Lenin. The mural was subsequently destroyed. Est. $5 million-$7 million.

In the summer of 1926, the Rockefellers took a trip to the Southwest, a vacation that left a big impact on young David, who celebrated his 11th birthday in Taos. “The Southwest was incredibly mysterious and interesting to me, and filled with all sorts of exotic characters: Indians, cowboys, ranchers — and artists,” he writes.

“The American landscape is connected to the family’s interests in preservation,” Porter says of O’Keeffe’s pair of moody colored landscapes. The Rockefellers spent vast amounts on national parks like the Grand Tetons in Wyoming. Est. $2 million-$3 million, $3 million-$5 million. 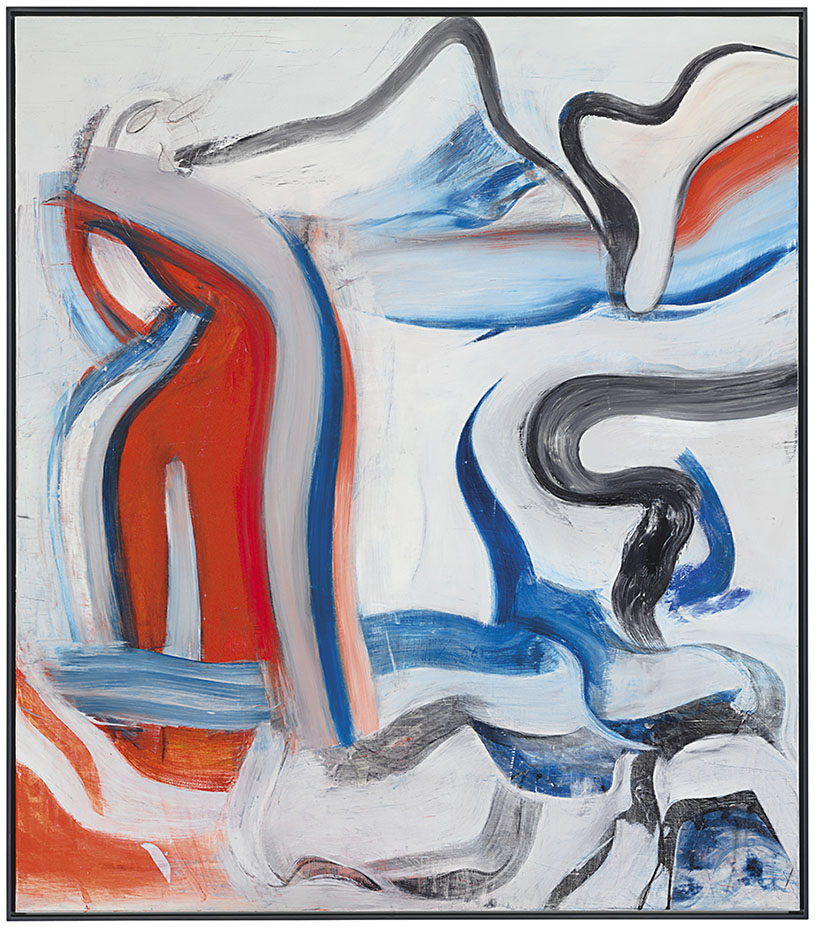 After turning the art world on its head with his Woman series in the early 1950s, Willem de Kooning maintained the throne of Abstract Expressionism’s enfant terrible in the decade that followed. But as alcohol consumed him in the 1960s, de Kooning was deemed all washed up as tastes moved on to Pop Art. Reuniting with his estranged wife Elaine in 1976 put him on the path to sobriety and a fresh start. His late work is marked by a cooler palette and softer lines, none more evocative than Untitled XIX, painted in the years before Alzheimer’s disease ended his career. Est. $6 million-$8 million.

The Odalisque, a lounging beauty, is a staple of painting throughout the ages, but few are as sumptuous as this one, splayed against a colorful melange of floral patterns in blue and green. “She’s unbearably beautiful, extraordinary body, beautiful face, and she’s in perfect condition,” muses Porter. Odalisque couchee aux magnolias is the most valuable Matisse ever to be auctioned. Unfortunately, she’s currently on display in Beijing. Est. $70 million-$90 million.

Other works include a landscape by Edward Hopper, a stylistic seascape by Paul Gauguin and a cubist composition by Juan Gris. Filling out the rest of the 1,200 lots up for auction are Asian artworks, porcelain, jewelry and objets d’art. 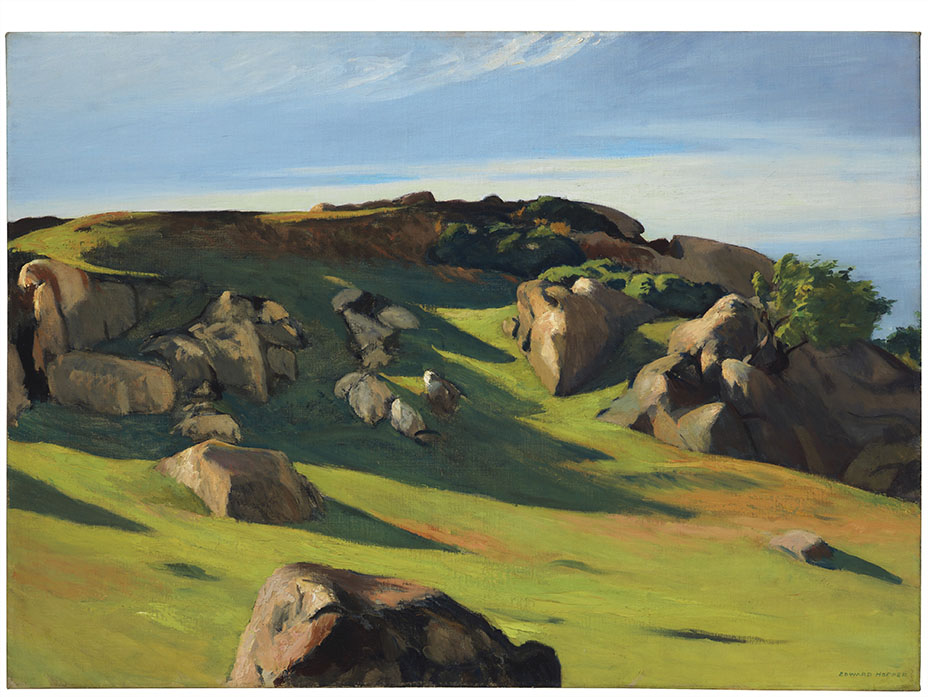