In the past few seasons, Humberto Leon and Carol Lim’s Opening Ceremony collections have pushed the boundaries of fashion shows with displays of martial arts, a Spike Jonze-directed play, a Justin Peck ballet and, last season, an outing to Disneyland.

But last night’s trip to the Magic Queendom of drag with “The Gift of Showz,” conceived with co-creator Sasha Velour and her regal court of fellow performers, topped them all in terms of outré glamour and inspired stagecraft, even given the spectacular surprise finale when Christina Aguilera appeared onstage to belt out her anthem “Fall in Line” for a high-volume finish (while clad in a custom gown made of diamante fishnet from the collection.)

The audience at downtown Manhattan club Le Poisson Rouge was just as starry, with Nicki Minaj, Baz Luhrmann, Kelly Rowland, Whoopi Goldberg, Rosario Dawson and Awkwafina whooping it up as Velour welcomed them, introducing the five featured drag performers who would be giving it their all in “monstrous unwearable masterpieces,” all the better to “recycle the Opening Ceremony collection across all categories of gender and just generally replace their show with an all-out drag extravaganza.” 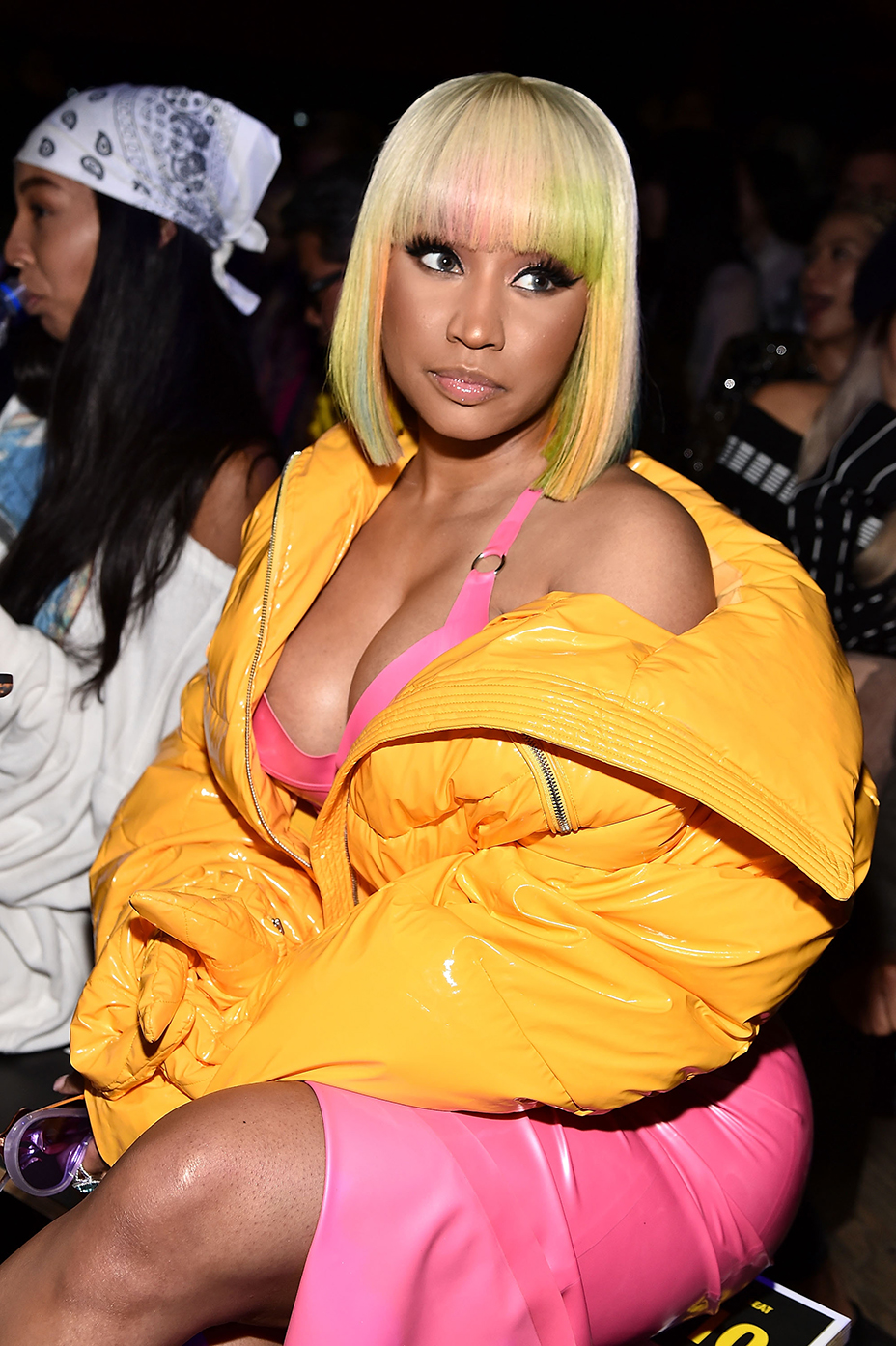 Velour, the recent season nine winner of RuPaul’s Drag Race, recently told The Hollywood Reporter that each of the five drag chanteuses was given a look at the mood board and fabrics from the collection to invent performances and custom drag looks “to take the collection to an even more fantastic world outside of gender.”

The idea originally came about when Leon and Lim caught the monthly Brooklyn drag evening, “Nightgowns,” where Velour presides over an ever-changing lineup to sold-out crowds. “They kind of fell in love with this gathering of drag artists and queer performers putting on a show on our own terms and with our own unique sense of fashion,” she said. “It was the perfect vision for what their season runway show could look like.”

“The audience in the room is gong to be a lot of fashion insiders and I want them to take away the absolute majesty of drag performance,” Velour continued. “I want fashion people to ask themselves how they could have been missing this or remind themselves that they need to go find a drag show immediately.”

For the “The Gift of Showz,” Velour recruited fellow royalty to complement her own performance, including self-proclaimed “NYC Asian Plus-Size Barbie” and RuPaul’s Drag Race alum Jiggly Caliente, “up-and-coming drag artist and gallery queen” West Dakota, Berlin-based avant-garde sensation (and makeup artist for Bjork on the side) Hungry and fellow season nine RuPaul cast member Shea Coulee, as well as a big Hollywood-style chestnut from the legendary Lipsynka (aka John Epperson), who was probably doing drag when the new gals were in diapers and revamped a number originally seen on Thierry Mugler’s runway back in the day.

There was little “straight” fashion to be seen though assorted models and emerging drag queens paraded in gender-bending stylings of the collection, which will be available in Opening Ceremony stores, online at openingceremony.com and at select retailers starting next month.

But when Velour kicked off the show with her take on Dionne Warwick’s “A House Is Not a Home” wearing a corset-shaped black-and-white houndstooth sheath with killer shoulder pads and a matching many-tentacled hat — the first of the OC “interpretations” — the room went wild, especially when she removed the topper to reveal a tiny house-shaped chapeau underneath. For the performances that followed, the clothes featured wonderfully exaggerated proportions, drama-enhancing tear-away panniers and loads of diamondiferous sheer slinkiness.

“I hope this is what the future looks like,” Velour declared from the stage. “More queer people, not just on your stages or your screens, but everyday in your life being uplifted just like this, belonging like everybody else and looking fucking fabulous.” 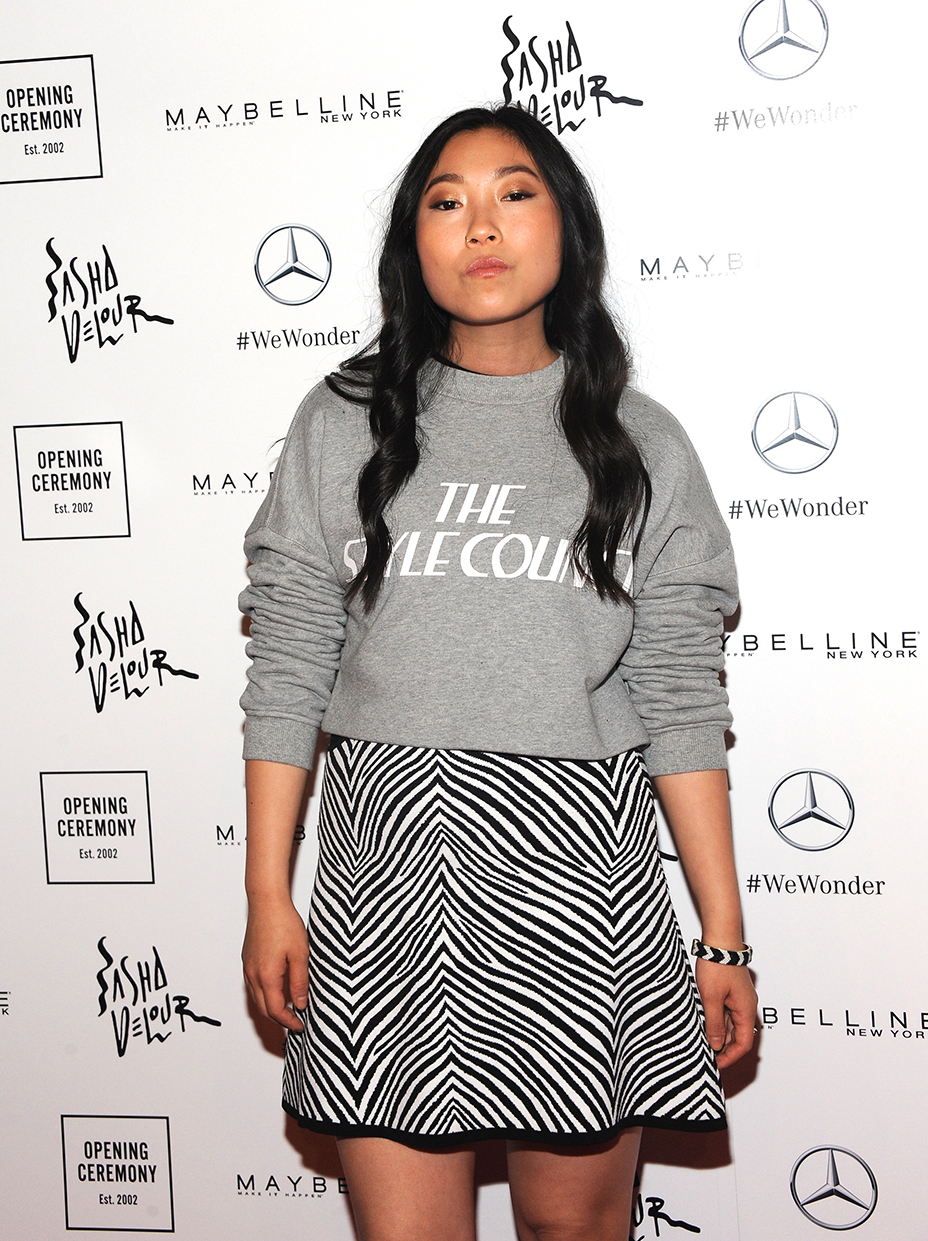 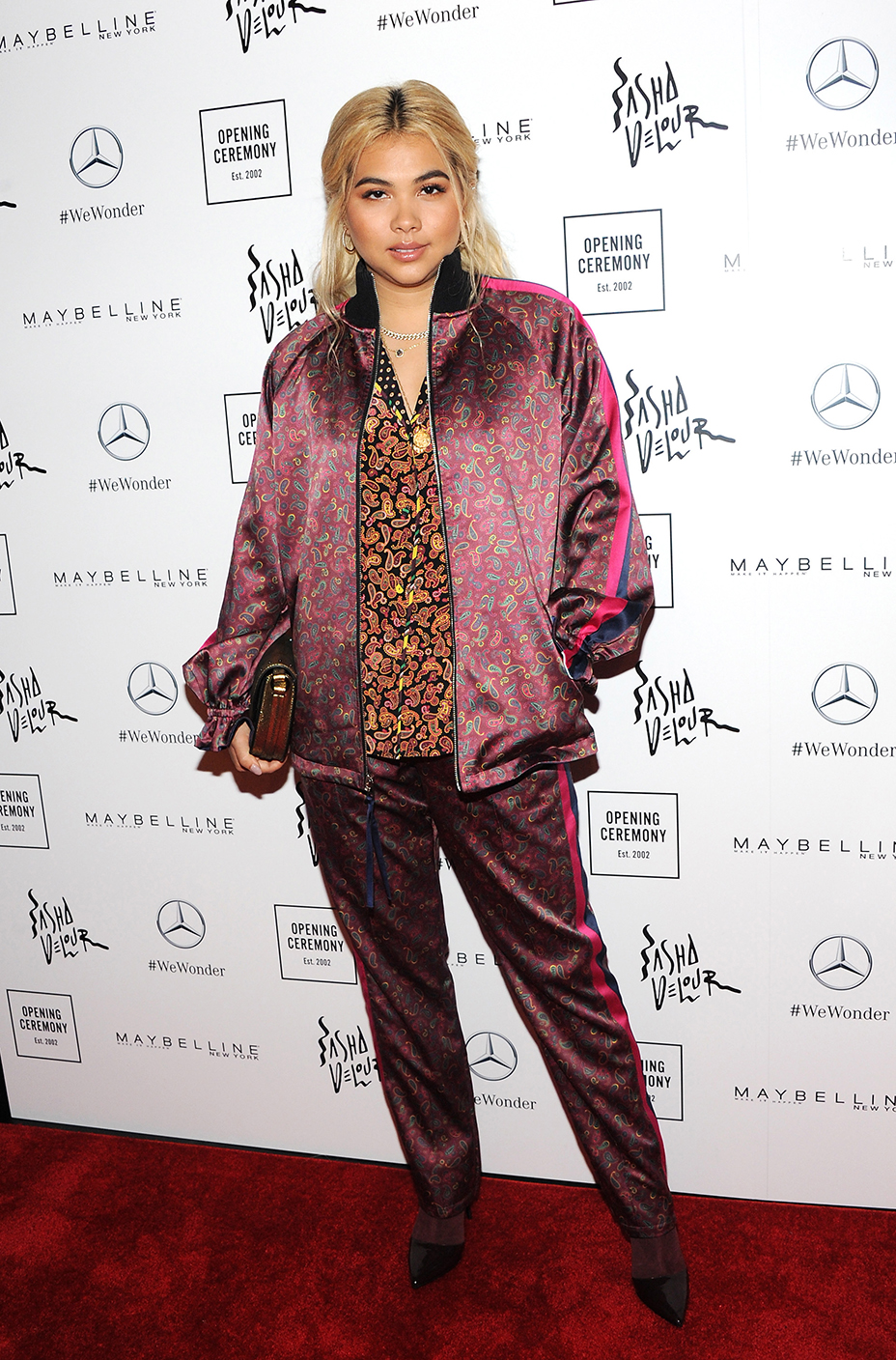 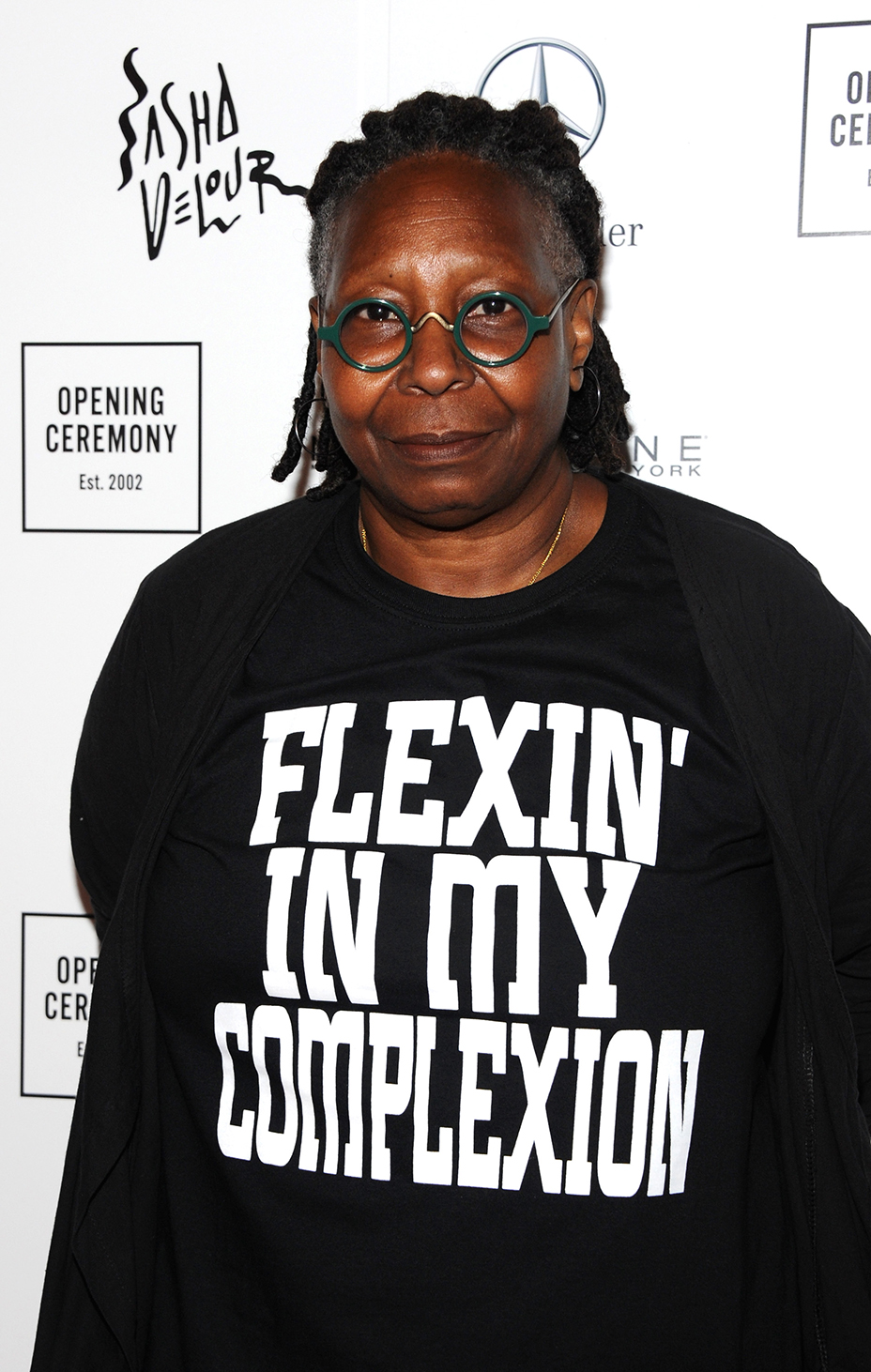 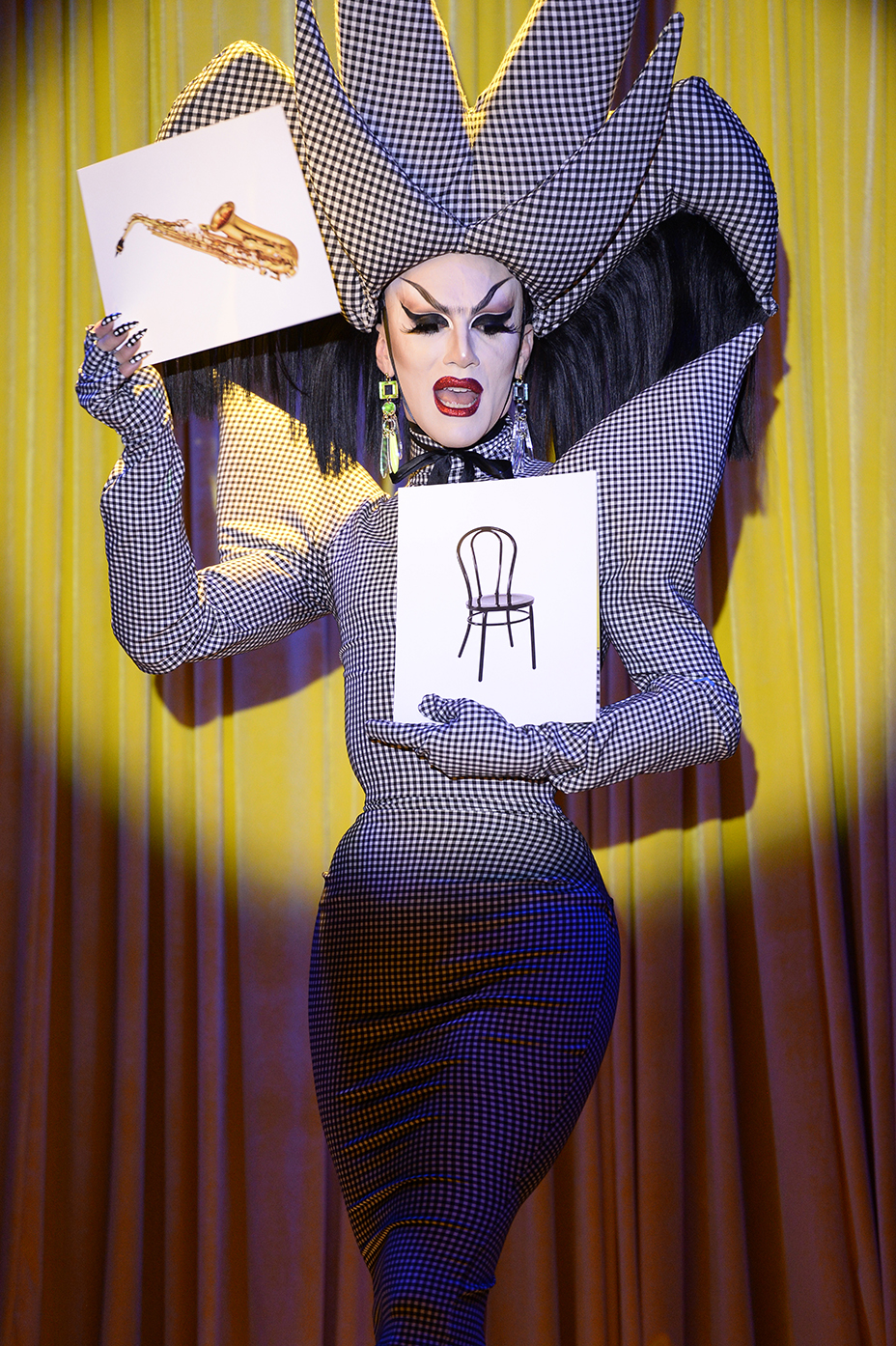 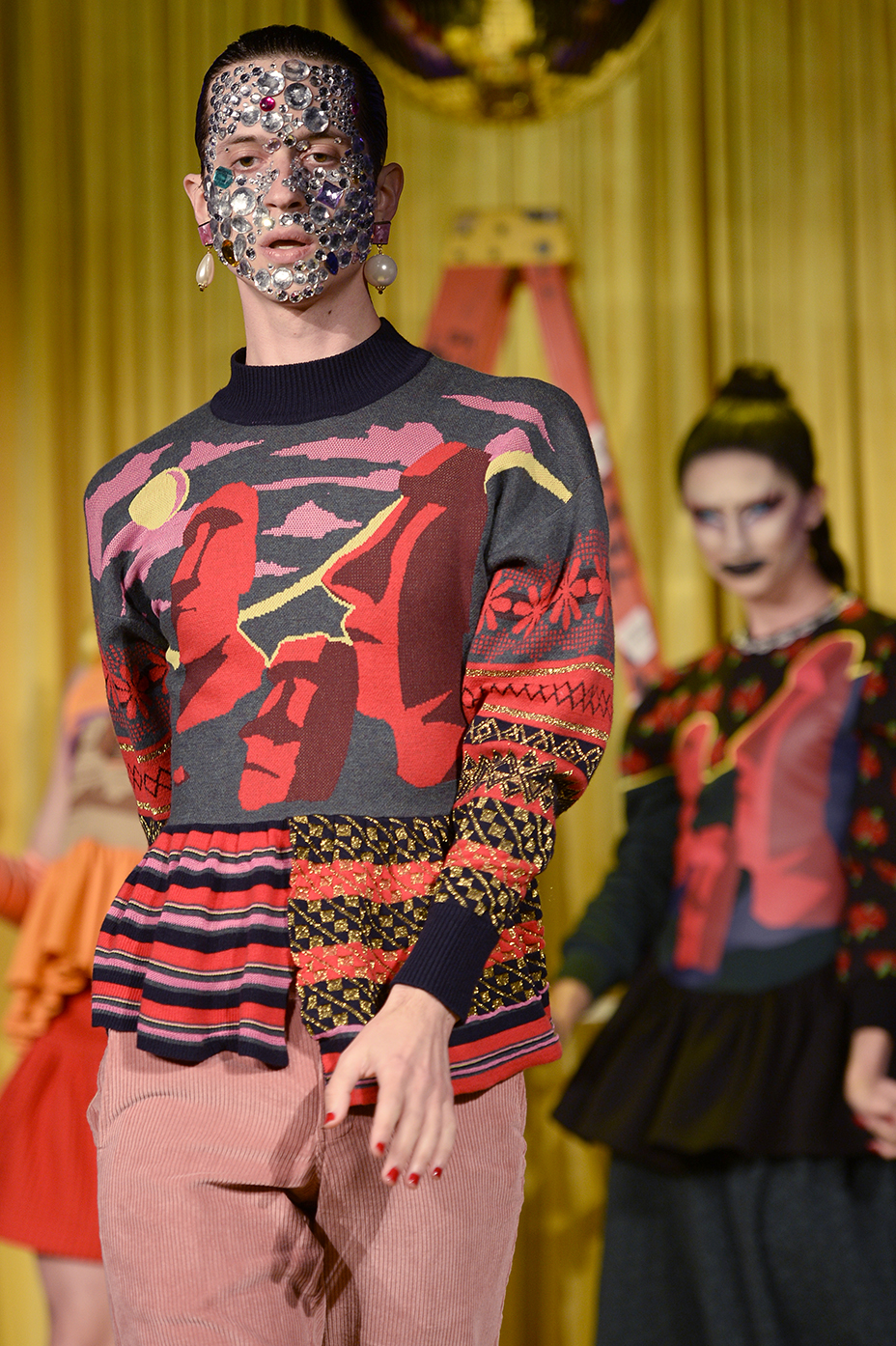