Like most teenage kids, Kaia Gerber and her brother, Presley, may have been avoiding their parents at Friday night’s Harper’s Bazaar Icons party at The Plaza Hotel, preferring to get as close to the stage, where The Weeknd was performing, as the packed crowd would allow.

On the other side of the ballroom, Cindy Crawford and Rande Gerber were like most parents, happy to talk about their kids’ achievements. Then again, not many parents can talk about how their daughter killed it on the Calvin Klein runway just 24 hours earlier.

“I didn’t go to the show, but I saw some video, and she was fantastic,” Rande said. “I know it’s something she really wants to do, and I always want to support that. But I also know she’s got a great role model.”

Crawford, who was on the front row Thursday with Presley for Kaia’s runway debut at Raf Simons’s spring/summer 2018 collection for Calvin Klein, mixed her praise with a healthy dose of pragmatism. “She’s 16, so she’s eligible to work now,” Crawford said. “She did a terrific job and seemed really at ease and comfortable. We’re really proud of her.” 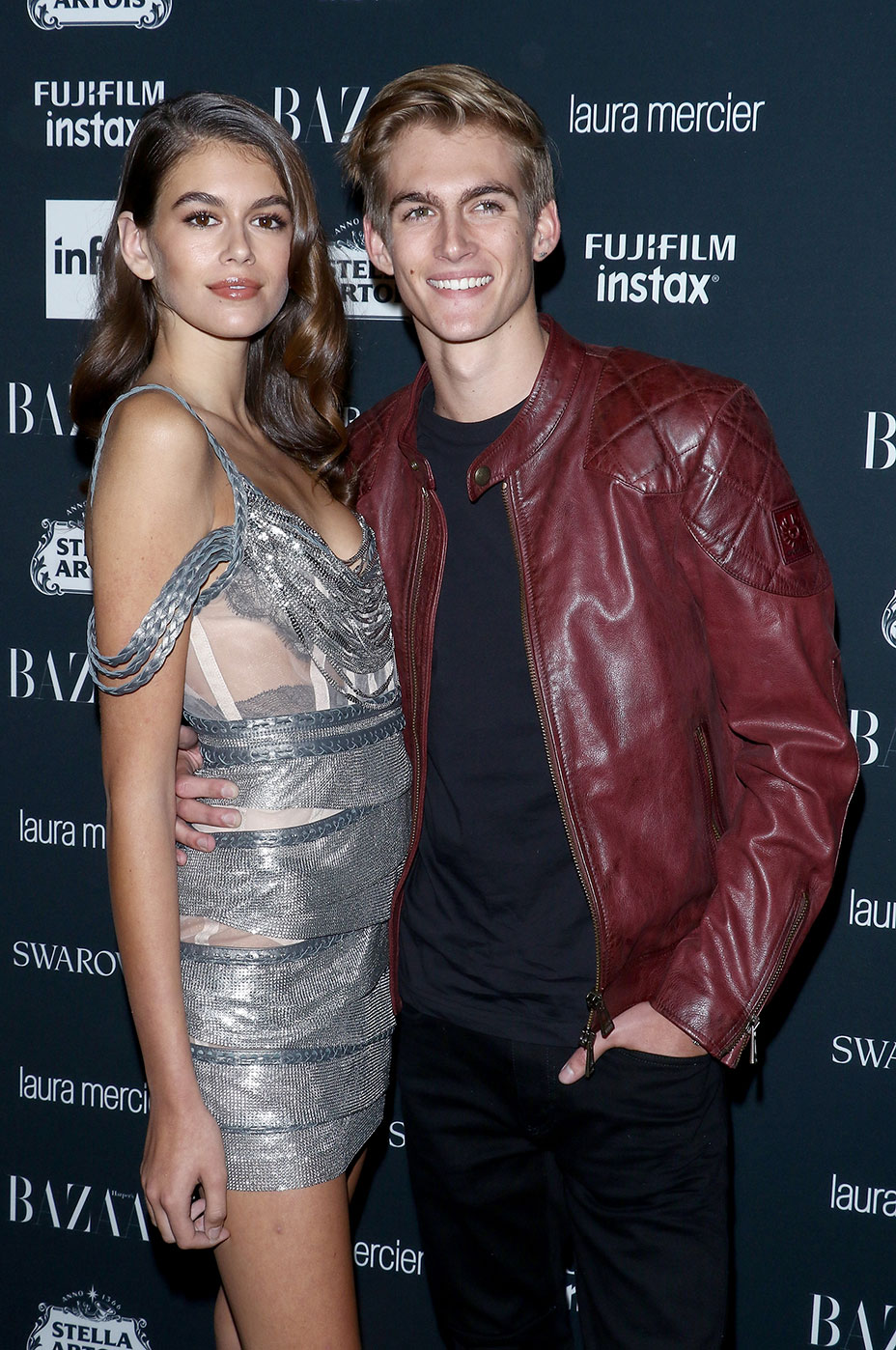 Did one of the world’s most celebrated supermodels have any advice for her daughter? “I gave her the same advice I gave to my son when he got his first job working at a juice bar: Be on time, be polite and professional, do what’s asked of you, and don’t have your head in your phone,” Crawford said (18-year-old Presley is also a model, appearing most recently in the music video for Madison Beer’s “Dead”). “But when it comes to the other stuff — how to be in front of a camera, how to express yourself and convey what’s unique about you — that’s not something I can teach her. It’s not something you can teach anybody. It has to come from within.”

While his wife was saying hello to Kendall Jenner, Rande noted that he feels confident about how Kaia will continue to establish her modeling career, if only because she has the perfect person guiding her.

“Younger models are always coming up to Cindy and saying, ‘I’ve looked up to you for your entire career, I admire you so much, you look so beautiful,’ and I always think it’s really nice for her to hear that,” Rande said. “But she also shows younger girls, Kaia included, of course, that you can be a successful model and also be a mom and be responsible. You can have both a real life and a real career. “