Don’t expect lines, bottle service or DJs at Mason, the clubby new Santa Monica Canyon restaurant from the h.wood Group. Leave that to Shorebar, the bar lounge it operates next door. But the semiprivate dining room is already attracting some of the biggest names in the neighborhood.

John Terzian and Brian Toll, co-founders of the prolific hospitality group that owns industry haunts like The Nice Guy, Bootsy Bellows, Delilah and The Peppermint Club, debuted the (mostly) membership-only spot in July. With only 14 tables and a growing list of “trustees” — power players paying for the privilege of a standing reservation — it’s like an ultra-exclusive club for Westsiders.

The corner where West Channel Road and Chautauqua Boulevard meet the Pacific Coast Highway has always been a magnet for high-profile locals. Mason has already had visits from Courteney Cox, Rihanna and Cindy Crawford with her daughter Kaia Gerber, among others. But Terzian says the crowd is a cross section of the entertainment, business and sports worlds: entrepreneurs, directors, producers, musicians, real estate developers.

“We wanted to create an environment where everyone knows each other. Most of our guests live in the area and entertain at the restaurant,” he adds. “Ninety percent are here four nights a week, it’s that much of a second kitchen for them.” 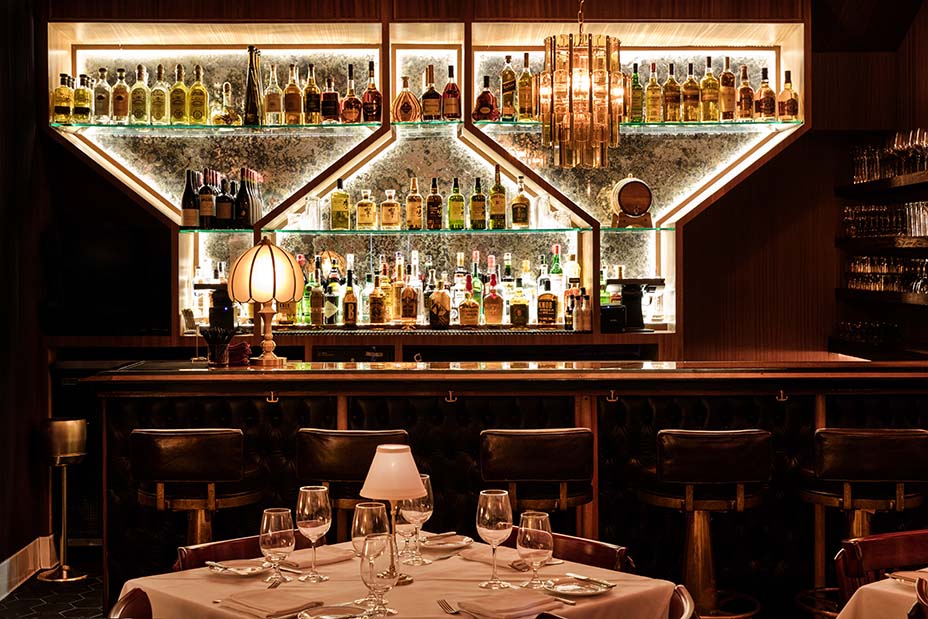 This isn’t like the Soho House, where only members can dine, drink and hang out. It’s more like Rao’s in New York City, where even the general public can at least grab a drink at the bar. The owners won’t divulge what the annual membership fee is exactly, but there are at least a few zeros at the end. Nonmembers, even walk-ins, can sit at the bar, which has become a must-visit for canyon locals and anyone waiting for a table at Giorgio e Baldi two doors away. If one of the members can’t use their table, it is open for reservations, which can only be made via email or phone.

“The standing reservations are spread out across all days during the week,” Toll says. “If everyone wanted Saturday night, that would be a problem.” Thanks to John Sofio and Built Inc., the former Sam’s by the Beach has a well-worn look and feel of a hidden gem that’s been around for years. With dark woods, dimly lit lamps on linen-topped tables and tufted leather booths (the most requested is the one with a painting of a flag over it), the space is intimate and dark — be prepared for a serious eye adjustment upon arrival. The vibe is steakhouse-chic meets beachy California supper club. 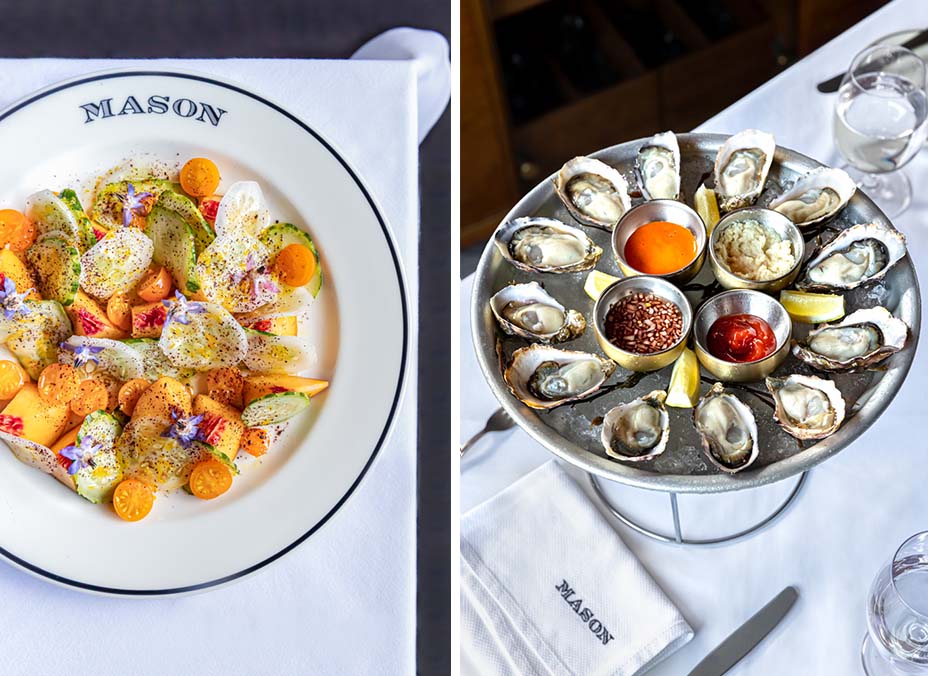 Painted oil portraits fill the walls, but only one is of an actual known entity: hanging near the bar is a well-lit portrait of Lew Wolff, real estate developer and hotelier, former owner of the Oakland A’s, table owner and mentor. Contemporary black-and-white photographs of h.wood’s key employees line the hallway that leads toward a small, more private dining room. Terzian explains that the portraits are a nod to the Freemasons, but not that he or Toll are Masons themselves. It’s more of an homage, an appreciation of the mystique that surrounds the fraternal organization and its connection to Hollywood.

“We feel like we cater to that crowd,” he adds. “The portraits are like the old world, our company is the new.”

Overseen nightly by chef de cuisine David Johns, the menu in the shadowy dining room features American classics like pigs in a blanket, oysters on the half shell, and a well-marbled rib eye. But there are also seasonal dishes like a delightful cucumber salad with peaches and tomatoes, delicious prawns smothered in a spicy Filipino-Cajun sauce, and Dover sole filleted and served table-side. Drinks run the gamut from the JoJo, the group’s original signature cocktail first served at Shorebar in 2012, to a perfectly chilled martini.

“We just wanted to offer something that people would want to eat and drink, night in and night out,” Toll says. “If we did something too off the wall, they won’t come more than once a week.” 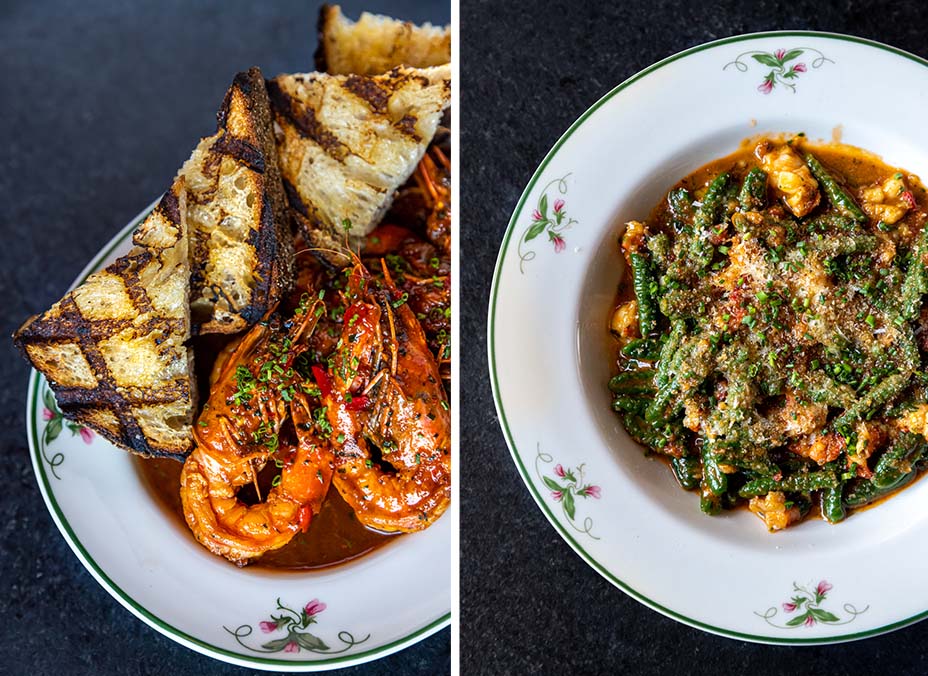