They came, they saw, they Instagrammed.

On Easter Sunday, the first weekend of Coachella 2017 drew to a close, but not before performers and guests alike had the chance to stand out from the crowd one last time with bold ensembles and plenty of floppy bunny ears.

Lorde Sparkles on Stage, Kendrick Goes Kung Fu
Lorde returned to the Coachella stage this year a changed woman. Three years after her first performance at the Indio, Calif., fest in 2014, where she sported her signature goth teen look with her shaggy tumble of brown curls, a black suit and dark purple lipstick, Lorde stepped out in an ensemble that embodied a more mature, more pop star persona. The 20-year-old layered a sparkly cream bustier over a high-neck mesh tank top and tied the look together with disco ball-esque silver sequin flares by Johanna Ortiz and Repossi jewels. Despite the shine, she managed to keep the look down to earth with natural makeup, messy waves and Adidas Stan Smith sneakers, which were necessary for a quick jaunt through the crowd before she leapt back onstage.

Where to Shop Like a Boss, on a Budget, in L.A.

The evening’s headliner, Kendrick Lamar, made a bold statement with a simple ensemble. The Compton, Calif.-raised rapper opened his set in a black mandarin collar suit, which played into his “Kung Fu Kenny” stage persona. Halfway through the set, he swapped the black suit for an immaculate white version, which he wore while performing with special guest Future. 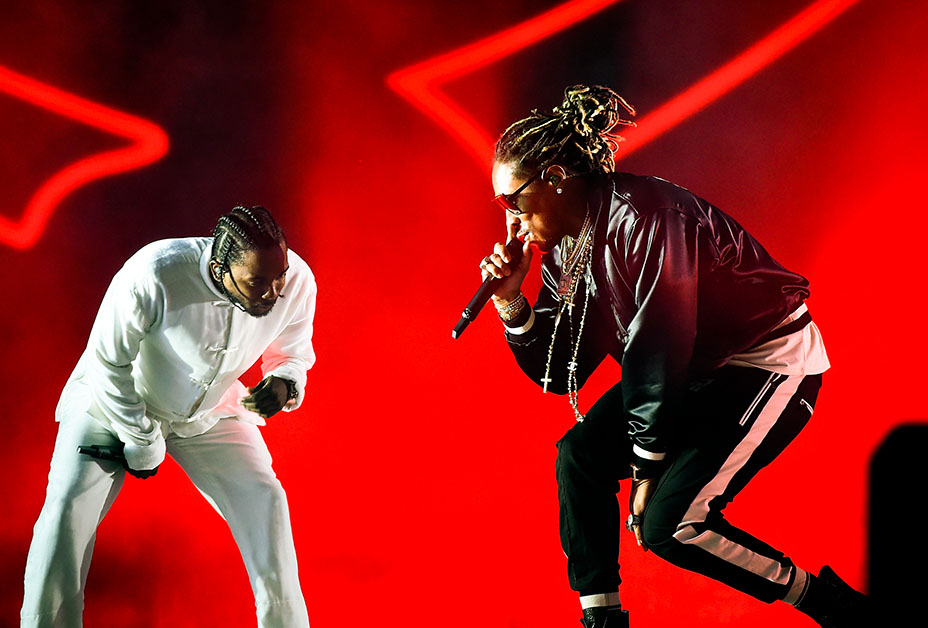 Festivalgoers Celebrate Easter With Bunny Ears and Jesus Tees
Just because they were out partying in the desert doesn’t mean they forgot to celebrate Easter. Hundreds of attendees sported festive bunny ears. “We’re the best Catholics,” said one group of festgoers wearing rainbow-printed ears and tutus. Also spotted on the Empire Polo Club grounds was a man named Will in a Jesus t-shirt, as well as a man who very may well have been dressed up as the Savior himself with a man bun, a long brown robe, a full beard and a walking stick (though, this is Coachella, after all — that might just have been his look). 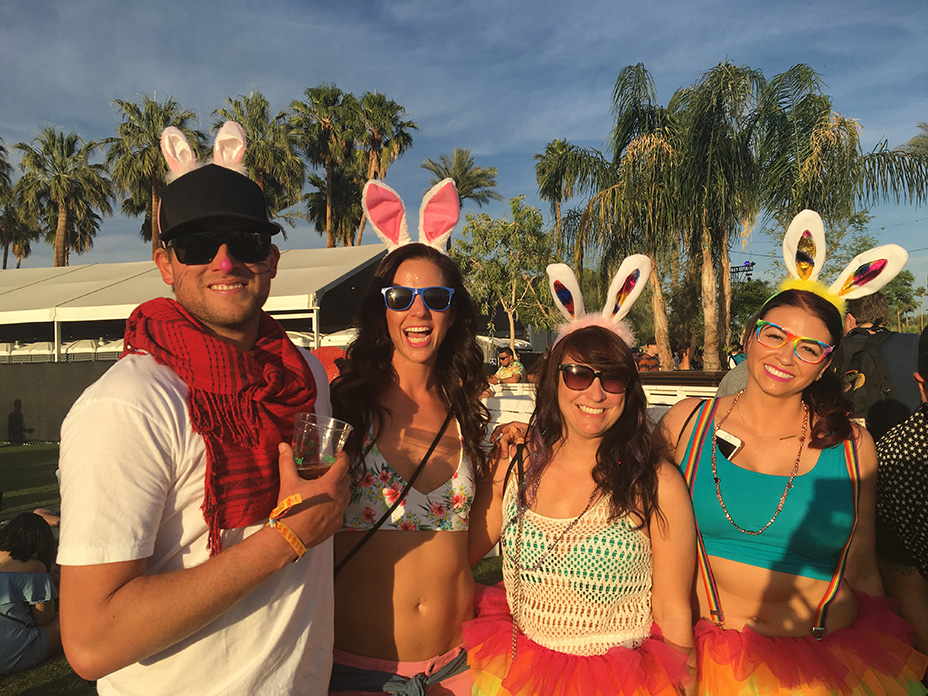 #HappyEaster, from Will and Jesus #Coachella pic.twitter.com/Luy15o5CWM

Yellow-Tinted Sunglasses, for Show Only
Forget rose-colored glasses, this year it was all about marigold-colored sunglasses — but don’t expect the bright lenses to, you know, actually block the sun. In fact, they actually make the polo fields look brighter. Nonetheless, yellow-hued aviators, round lenses and various other fun shapes, including hearts and stars, were spotted throughout the fest.

All Sparkle Everything
Glittery makeup and hair spray is nothing new, but this year’s festivalgoers, both men and women, took the body shimmer trend to new heights. Rather than just a bit of shine to catch the sunlight, some sparkly souls wore a thick coating of glitter that was nearly opaque on shoulders, arms, legs — basically, any exposed area of skin.

Rihanna, too, participated in the shimmer trend, opting for a less messy option — a bedazzled body suit worn under a Gucci tank top and denim cutoffs. The look came complete with an iridescent sequin face mask, which Alessandro Michele sent down the runway in February in Milan. At the time, many wondered who would dare wear such a lewk. We should’ve known it’d be Rihanna.

The pop star captured the vibe of the weekend with her Instagram caption of the outfit: “I can’t go home yet, cuz enough people ain’t seen my outfit.”

Until next time (or rather, next weekend), Coachella…