“Witchy” was the word on everyone’s lips at Coach’s fall presentation Tuesday afternoon.

The spooky mood was set with the horror film-inspired runway, reminiscent of both the Blair Witch Project — with its fog, vintage TV screens flashing snowy static and skinny faux-birch trees — and Hocus Pocus, with glitter-covered copper foliage littering the ground.

Sitting front row was former witch of Waverly Place herself, Selena Gomez — who continues to bewitch more than 133 million Instagram followers despite the fact that she no longer personally handles her account — flanked by A Wrinkle in Time’s Storm Reid, mystic photographer Petra Collins and Sasha Lane of American Honey. 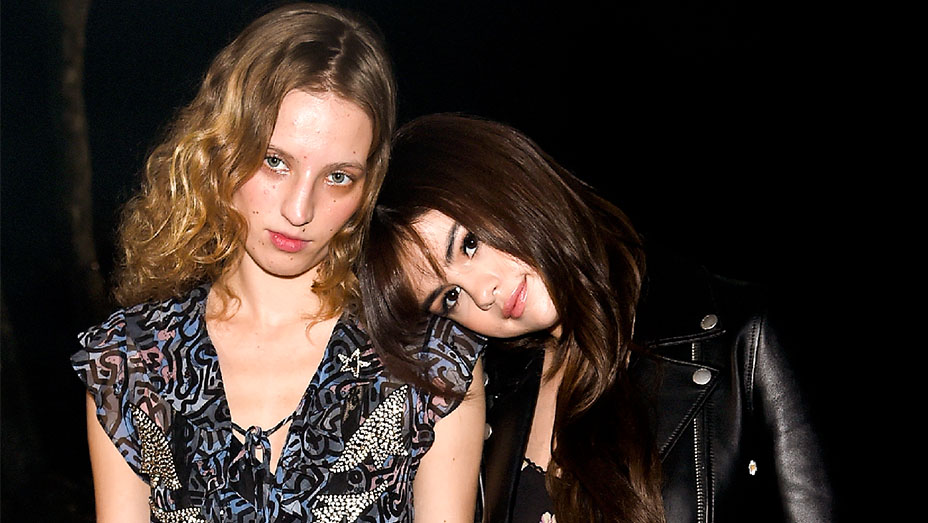 James Franco, who signed on as Coach’s fragrance ambassador in 2017 and was among last season’s front-row VIPs, was noticeably absent this February, replaced instead by hip-hop faves Vic Mensa and Joey Badass.

But despite the creepy woods vibes, creative director Stuart Vevers’ take on the “gothic” theme was far from the imagery of Salem. Instead, he ventured in the opposite direction, drawing inspiration from the American Southwest by way of cowboy-esque yoked shirts and stiff jackets, as well as subtle bandana prints that were woven throughout the house’s usual offering of luxe outerwear and leather accessories, as well as pleated, ankle-length prairie dresses, which were updated for fall with a mix of shimmery textiles, swaths of sheer black lace cutouts and velvet bows. Think Westworld, but with a sexy, dark romance twist. 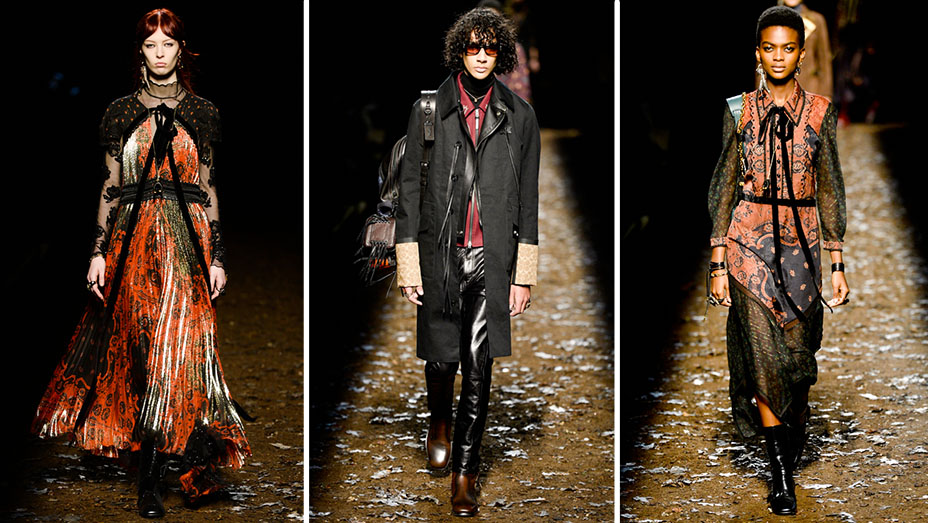 Show notes explained that Vevers was toying with “the tension between New York City and the American Southwest,” picking and choosing “found” items the way a stylish nomad might. Mismatched stacked rings worn on every finger, jewelry dripping with feathers and bells, as well as oversize weekender bags conjured the image of a teenage hitchhiker escaping the doldrums of suburban New Mexico for life in the city.

This romanticization of urban culture was expressed in ‘70s biker gang-inspired studs and fringe that were sprinkled across coats and bulky backpacks, as well as by inclusion of the more modern city staple, the hoodie, which Vevers layered under leather coats and styled with black canvas sneakers. The soundtrack, too, a medley of Kendrick Lamar remixes, seemed an attempt to anchor the collection in 2018. 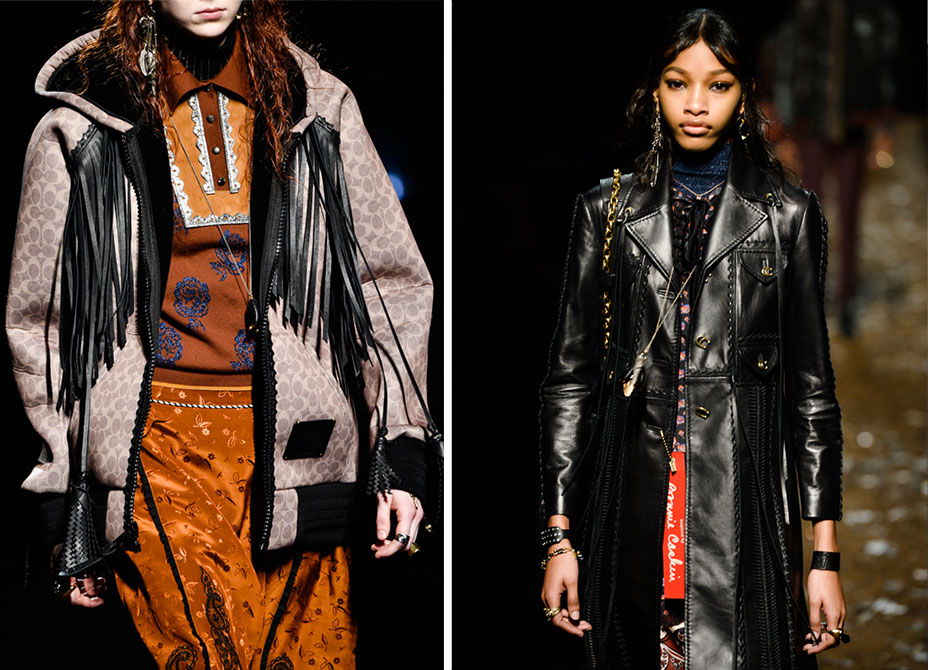 But the references didn’t stop there — Vevers also looked to Coach’s own past for inspiration. The Englishman resurrected the house’s tonal “C” logo pattern, which made a subtle, blink-and-you’ll-miss-it appearance on the cuffs of structured trenches and coats. A few looks also featured bright red tags reading, “inspired by Bonnie Cashin,” the iconic Coach designer from 1962 to 1974, whose legacy is so publicly revered by the house that a tag citing her influence almost seems redundant. Written in white script on a Supreme-red piece of leather, the tag came across as a defensive disclaimer for Diet Prada, the Instagram account that calls out copies, rather than a respectful homage.

With so many inspirations visible on the surface level of the collection, it seemed like Vevers was trying to check too many boxes at once: Streetwear! Americana! Logomania! House history! It might be easy to write off the collection as lacking an identity, but, if we’re being honest, it does reflect the very American experience of reconciling with one’s own self-image, especially in 2018. Like the rest of us, America’s house of leather is fine-tuning its identity, too. 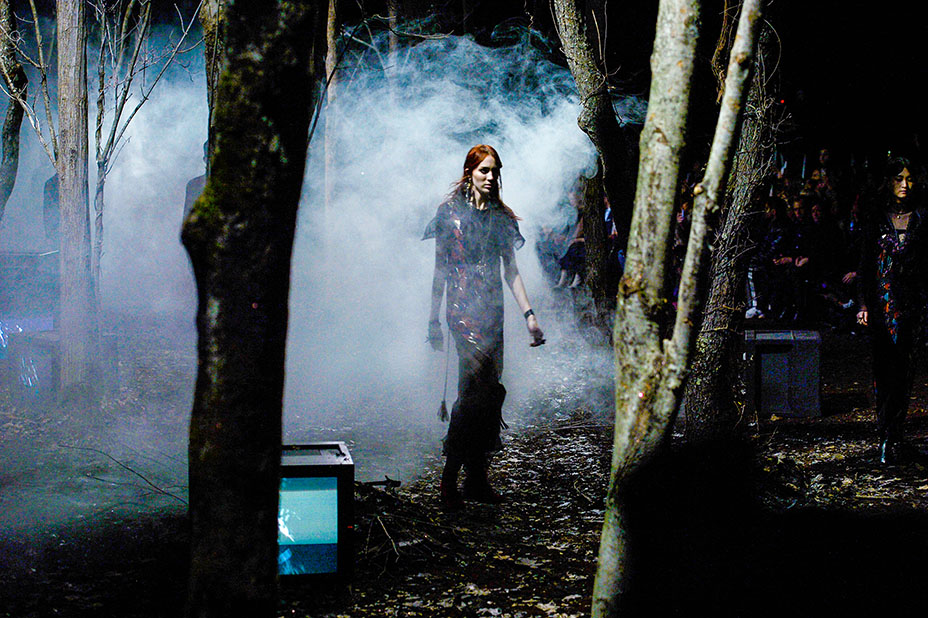