Thanks to the giant “Knuckle Sandwiches” billboards springing up around town, expect longer lines than usual snaking down Fairfax Avenue this weekend. But it won’t be for limited-edition sneakers. There’s a butcher shop popping up to promote Amazon’s new superhero series The Boys, which debuts Friday (and has already been picked up for a second season). The immersive experience comes complete with free sandwiches created by star chef Ludovic Lefebvre. 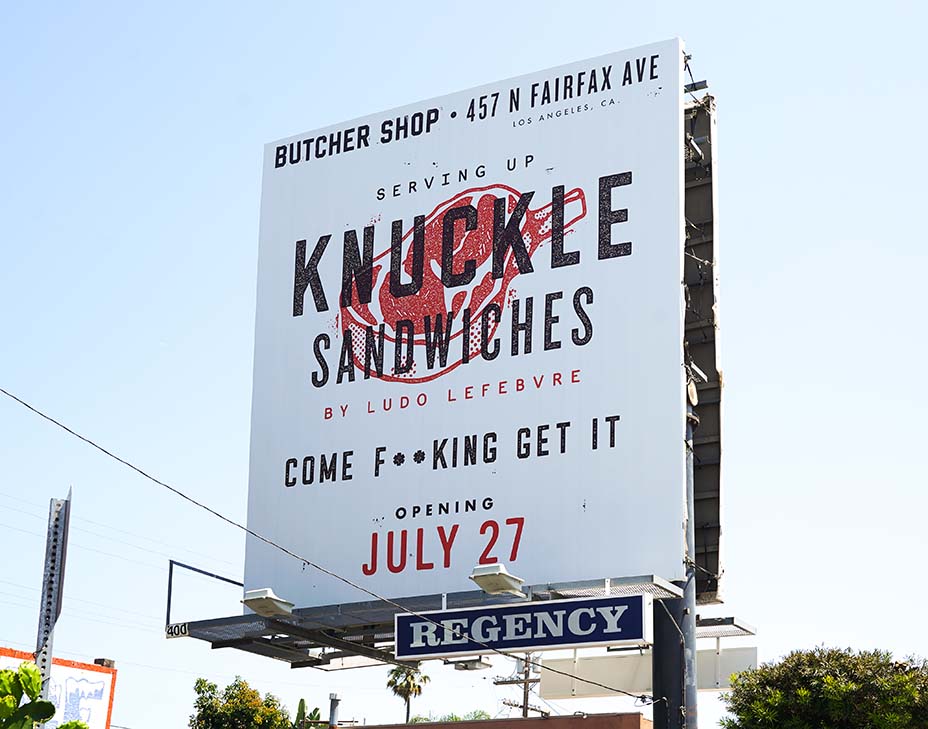 Based on the comic by Garth Ennis and Darick Robertson, created by Eric Kripke (Supernatural, Timeless) and produced by Seth Rogen and Evan Goldberg’s Point Grey Pictures, The Boys follows a clandestine group set on exposing superheroes who use their powers for bad instead of good. Billy Butcher (Karl Urban), the charismatic, crass and unrelenting leader of the Boys, wants to take down these wayward “supes” and the conglomerate covering up their dirty secrets by whatever means necessary.

Enter the Butcher Shop. Walls filled with graffiti-covered posters, hanging meats, animal bodies and heads, lots of knives and cleavers — all fake, we presume — is an interactive glimpse into The Boys’ rough-and-tumble world. Take a number from the dirty sign and “wait your fuckin’ turn,” order a sandwich from butchers in blood-stained aprons and follow the blazing neon to “fuckin’ enjoy” the whole experience. According to the menu, the shop “reserves the right to deny service to any supes, sidekicks and ball-hugging Spandex.” We’re definitely not in the Marvel universe anymore. 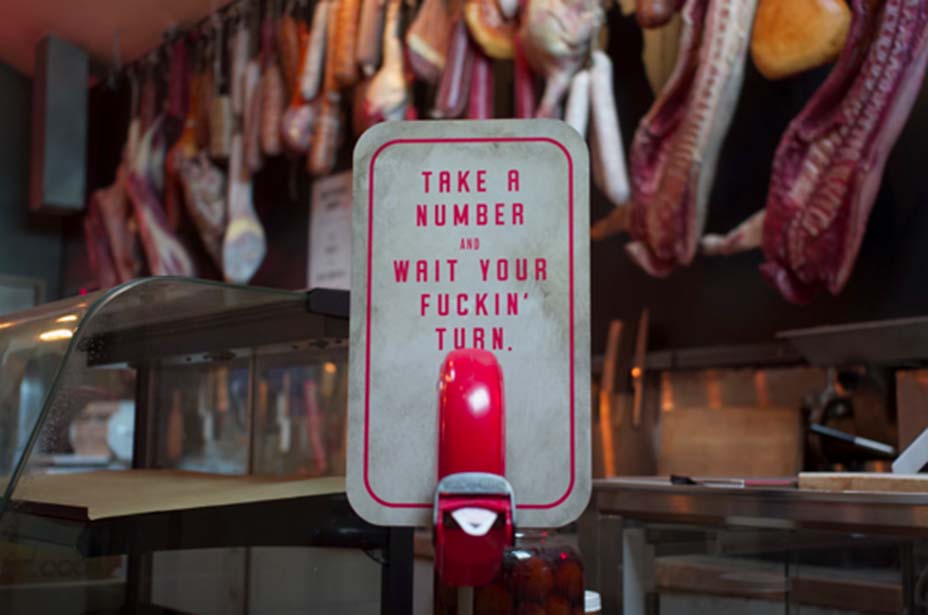 In addition to the meat counter and shop, there’s a hidden clubhouse packed with weapons, chainsaws and a map tracking the whereabouts of wayward superheroes. There may be an actual live superhero sitting captive in a cage, too — the ultimate photo op. References to the show are everywhere, from products like blood pudding and mojito mix on the shelves (all there for the taking) to previews playing on screens throughout.

“Even though the Butcher Shop doesn’t exist in the show itself, it lives in the world of The Boys,” says Amazon head of marketing Mike Benson. “Every detail in the space is informed by the show. Guests can expect memorable characters, fantastic sandwiches and just the right amount of gore to get them into the mood.” 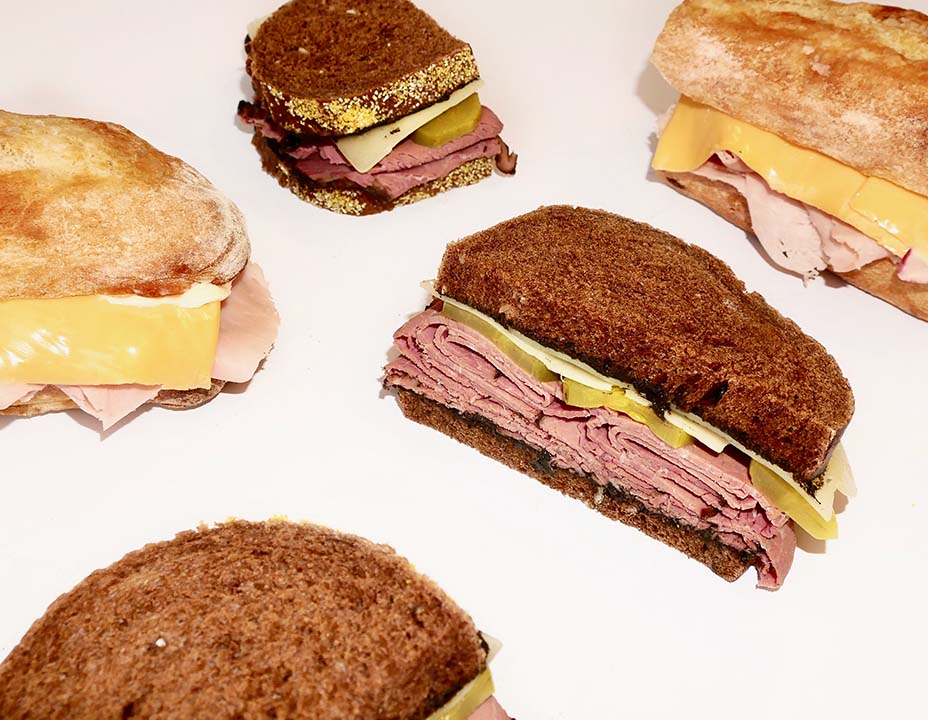 Lefebvre, who will make an appearance on both days, was tapped to create a menu of super “hero” sandwiches because of his own playful and rebellious ways. He had free rein to create whatever he wanted, finding inspiration from the show’s storylines and characters. Options include the Hamlander, a French-American mashup with ham, American cheese, cornichons and honey butter; the Starcrossed, featuring sliced lamb, harissa, arugula, dill and yogurt; and the Bottom Feeder, a tuna pan bagnat with bell pepper, tomato, fennel and spicy vinaigrette.

After its two-day run, the pop-up will close in a “dramatic fashion” that promises “shock value,” say reps. For anyone who can’t make it, the experience will be live-streamed on Twitch.