Ten years from now, we may look at “Contemporary Muslim Fashions” at the DeYoung Museum as a turning point in American history, where mainstream America, despite an angry minority, embraced its “others” at the highest institutions. Because of the current political climate from which it is rising, the show carries a message of hope and acceptance. The act itself of organizing this exhibition is nothing if not a peaceful demonstration of the American values written in the First Amendment: freedom of speech, freedom of expression, freedom of religion.

The exhibition, on view through Jan. 6 in San Francisco, brings together an international interpretation of Muslim culture and fashion from designer garments by international names such as Yves Saint Laurent and Dolce & Gabbana, to modest designs by edgy up-and-comers like London-based Sarah Elenany, to sportswear such as the burkini, alongside runway footage, news clips, social media, documentary and fashion photography.

The work of Iraq-born photographer Wesaam Al-Badry portraying veiled women in luxury fashion scarves is stinkingly beautiful for its modern aesthetic and street-style appeal. In the background, the music video of Mona Haydar’s Wrap My Hijab protest song playing on loop, along with projections of social media accounts celebrating modern Muslim women, adds to the festive vibe. 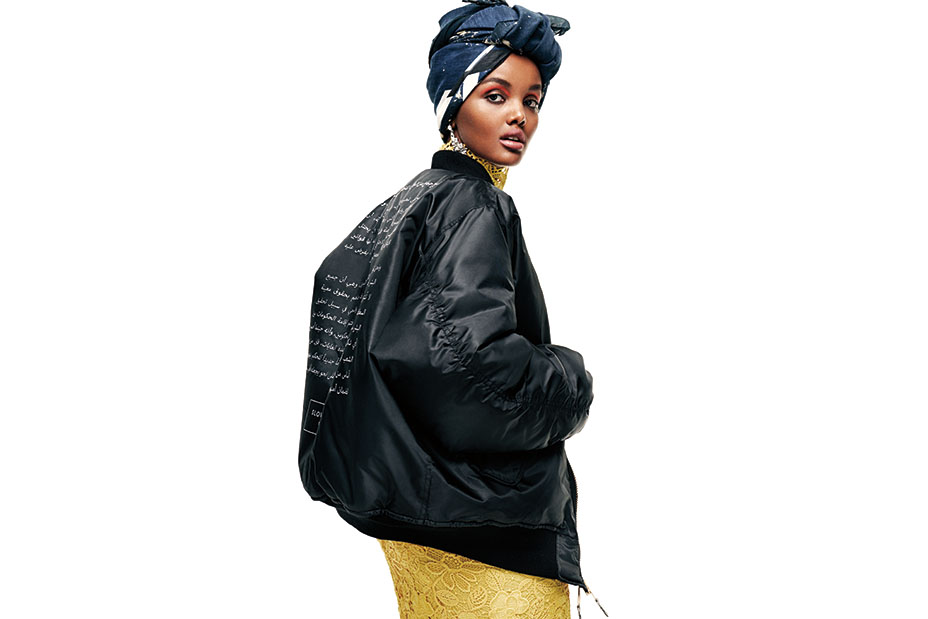 What struck me going through the galleries on opening night, Sept. 21, was that the celebration of Muslim designs in this political climate demonstrates that art is the vessel of our collective sanity. The event started with a remarkable fashion show featuring five designers from across the Muslim world. It was a feast for the eyes, and introduced the ambiance the audience was about to experience downstairs in the show: a vast array of sequins, colors, bling and intricate embroideries.

Not all designers included in the show are Muslim, which may be surprising to some considering the title of the exhibition. My New York-based activist brand Slow Factory, which uses fashion as a media for social and environmental change, was included in the show, and I am not Muslim. (I’m Maronite Catholic.) Our two pieces featured are the Banned scarf, on an ethical-silk cotton blend, depicting an image taken by NASA of the Middle East/North Africa region with the word “Banned” crossed out; and a U.S. military flight jacket with the U.S. Constitution screen-printed on the back in Arabic, and the First Amendment written in English on the inside.

My work interprets both Western and Eastern values, taps into postcolonial theories and comments on the current politics. Having left Lebanon as a child on a refugee status, I have been able to return “home” since, but it’s to a place that no longer feels familiar. Still, as an accidental ambassador of peace, I find myself spending most of my time explaining to my fellow Americans that the Middle East has more than 12 religions, and that not all the countries there are Muslim. 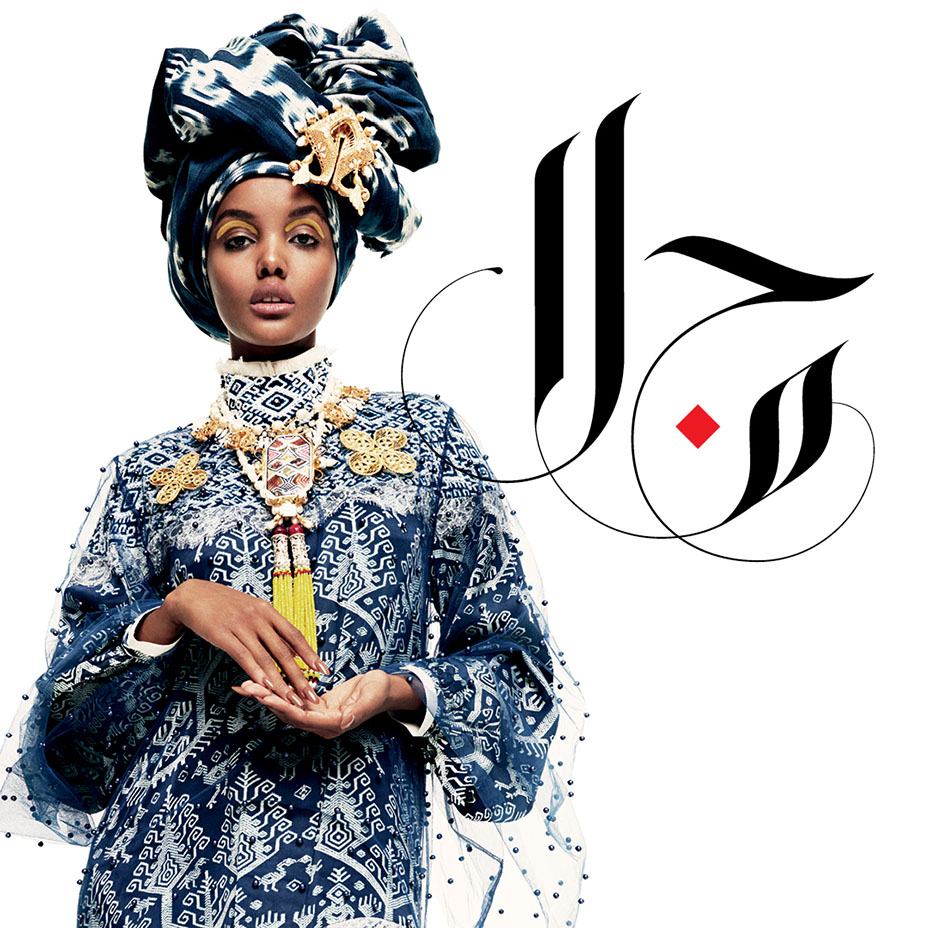 I wasn’t the only non-Muslim artist there; photographer Rania Matar is part of the show as well, and the exhibition book features model and researcher Anisa Tavangar, who is from the Baha’i faith. When I was initially invited to participate, I wondered if I was mistakenly considered for being Muslim because of where I come from?

Was this a classic case of Orientalism? Generalizing an entire region of the world by one of the many religions it embodies, honing in on stereotypes meant to exploit the culture rather than celebrate it? I believe the DeYoung Museum was doing quite the opposite. If you see it, you’ll realize the exhibition isn’t only about the Middle East and offers an extraordinary range of inclusion and diversity, showcasing the work of American Muslims alongside work from Muslims from around the world (and non-Muslims like me!). This nuance forces the West to broaden the perspective outside of us versus them.

When we will look back at this exhibition in the near future, will be able to see a positive change in American politics? One that is progressive, open and accepting, one that resembles the American Dream? Seeing everyone on opening night dressed in modest fashion, the curators themselves wearing gowns from online luxury destination TheModist, and myself, draped in my Lebanese abaya, the one I  purchased on my last trip to Beirut, I can truly say I felt at home.