While fronting rock band Hole in the ’90s, Courtney Love became a fashion legend known for her signature glam-grunge style — a slightly off-kilter mix of flannels, babydoll or slip dresses, ripped tights, Mary Janes, a glittery tiara and messy berry-hued lipstick. Her style has inspired numerous fashion collections, from Marc Jacobs’ notorious spring 1993 grunge show for Perry Ellis that got him fired by the brand (Love and Kurt Cobain famously burned the pieces sent to them by Jacobs, who recently reissued the collection for Resort 2019, in stores now) to Hedi Slimane’s fall/winter 2013 California grunge-themed collection for Saint Laurent.

Well, now you can buy the actual Saint Laurent pinstriped suit Love wore in that Saint Laurent ad campaign, as part of the Heroine x Courtney Love Closet Sale that goes live on the cult resale site Heroine on Dec. 6 at 9 a.m. PT. 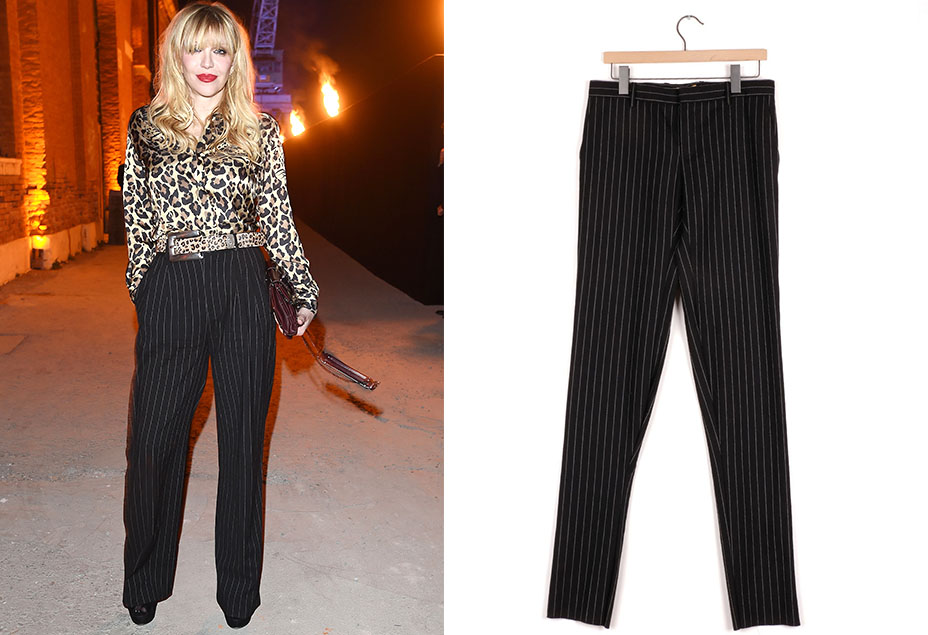 This is Love’s second major closet cleaning (she previously sold some of her personal fashion pieces online in a Courtney Love Couture eBay shop in 2011). Ranging from $50 to $1,400, the 43 items in this sale include many dresses she donned on the red carpet. Up for grabs are the pink John Galliano-designed gown for Dior that Love wore to the 2014 British Fashion Awards, an off-the-shoulder black Vivienne Westwood dress she sported to the 2011 screening of Snow Flower and the Secret Fan in New York, and a little black dress with lacing detail by Jeremy Scott for Moschino that she wore to the spring 2018 Moschino fashion show in Los Angeles. 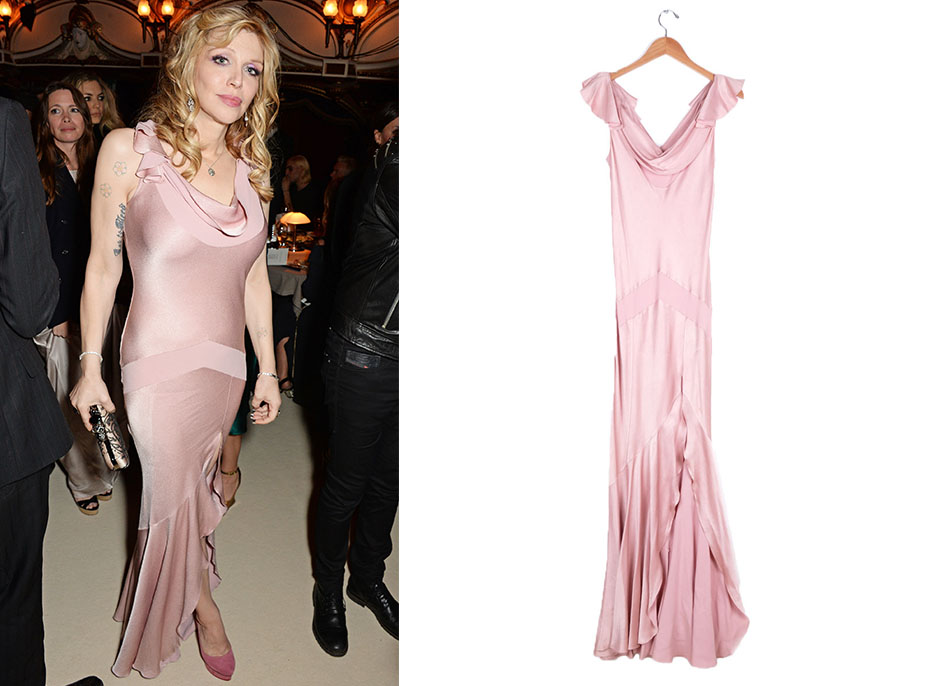 Asked whether her recent closet purge was related to any sort of personal renewal, Love responded exclusively to The Hollywood Reporter by email: “Yes, I made some major new changes in health and wellness, detoxing off everything, with so much support from Frances [Bean Cobain] as well as my sisters Jaimee and Nicole and my dear friend Lana Del Rey who visited me when I was out in Malibu — I love that place and my heart goes out to the Malibu fire victims. When I returned, I went on Yelp and found a stylist and organizer named Tara who was patient and understanding of the emotions I had upon discovering that I had a hoarder’s closet. It was full of silk, of fur, of faux fur, of Hermes, Rick Owens, Lagerfeld-designed Chloe, and hidden racks of Victoria Beckham sheaths or amazing Marc Jacobs skirts or vintage Gucci. Tara helped me go through everything and it just felt like the right time for me to not only say goodbye to pieces I haven’t worn for a while, but to do something awesome with my sister Nicole’s charity, Stand for Courage, which is focused on anti-bullying.”  A portion of sale proceeds will be donated to the nonprofit founded in 2011 by Nicole Jon Sievers. 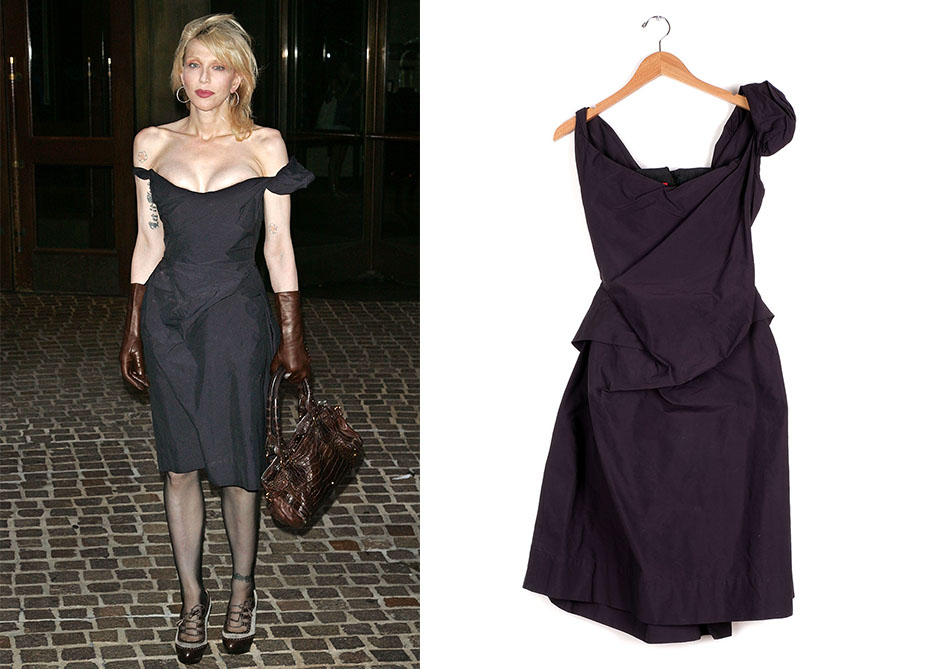 “My other sister, Jaimee [King], is a kick-ass attorney who has recently started working with me and Frances on some business stuff, including helping out with putting this sale together,” says Love. “Working with my sisters on this has been one of the most rewarding parts about it. I found my new [fashion] stylist, Anastasia Walker, at this time via the wonderful Arianne Phillips…and she brought up Heroine and Grailed [the menswear-focused resale site owned by the same company]. The idea of doing a sale with such a curated, smart site that would also benefit my sister’s charity just felt right, especially going into the holidays.” 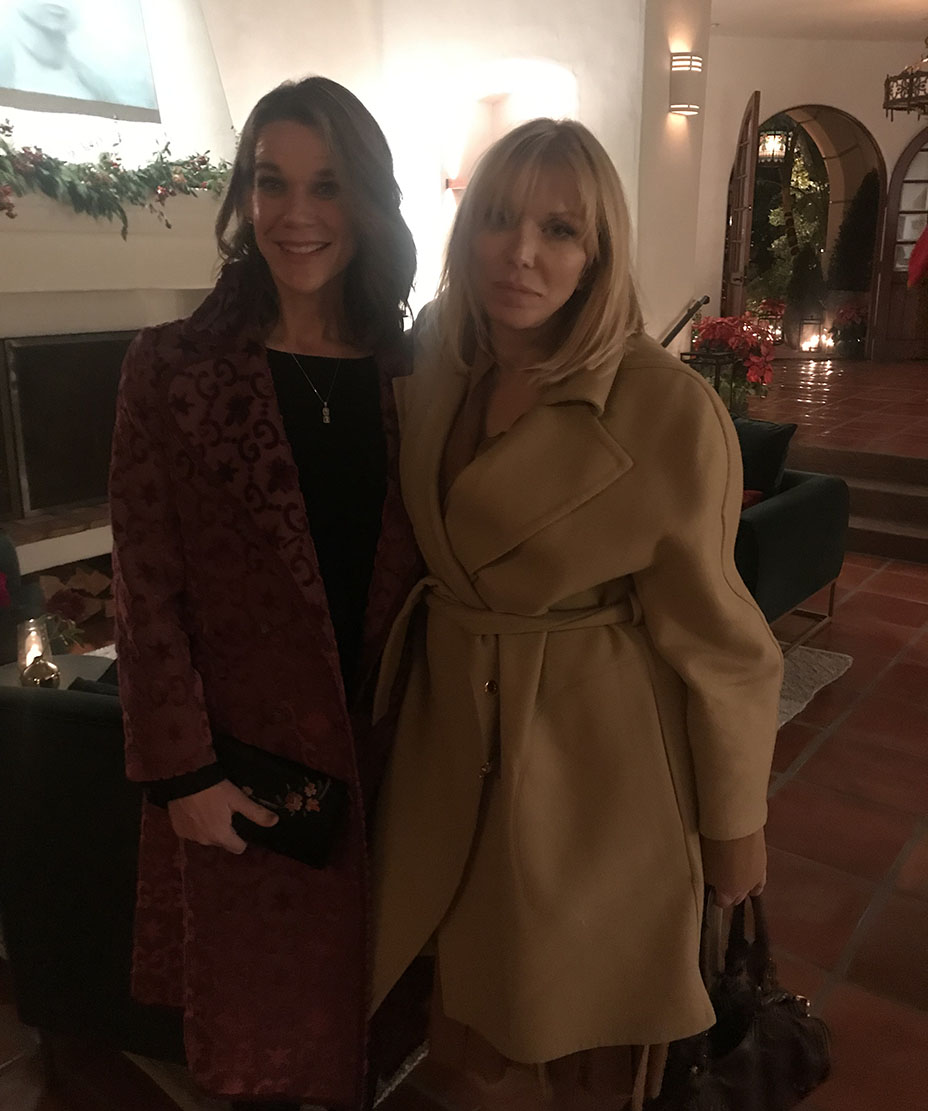 The sale also features silk bloomers by Marc Jacobs, a bodycon dress and clown-print tee by Givenchy, a black Galliano babydoll dress, a schoolgirl-inspired tuxedo dress by Valentino, a black Alexander McQueen gown with elaborate beading on the bodice, a blue leather Hermes dress, an Agent Provocateur bow tie bodysuit, and a polka-dot Saint Laurent dress that Love wore on the cover of Bust magazine. Rounding out the mix are six Hysteric Glamour T-shirts, a velvet Rick Owens jumpsuit, three Saint Laurent dresses (including one from the spring 2013 runway), and pieces by Dolce & Gabbana, Carolina Herrera, Diesel, Dries Van Noten, Dsquared2 and Yohji Yamamoto along with a few vintage items.

“I want these clothes that inspired me when I wore them to now inspire other women, who could possibly get as much joy out of wearing them as I did,” says Love, who follows in the footsteps of several style icons currently offloading their treasures — menswear peacock Cameron Silver, L.A. fashionista Liz Goldwyn and actress Catherine Deneuve among them. 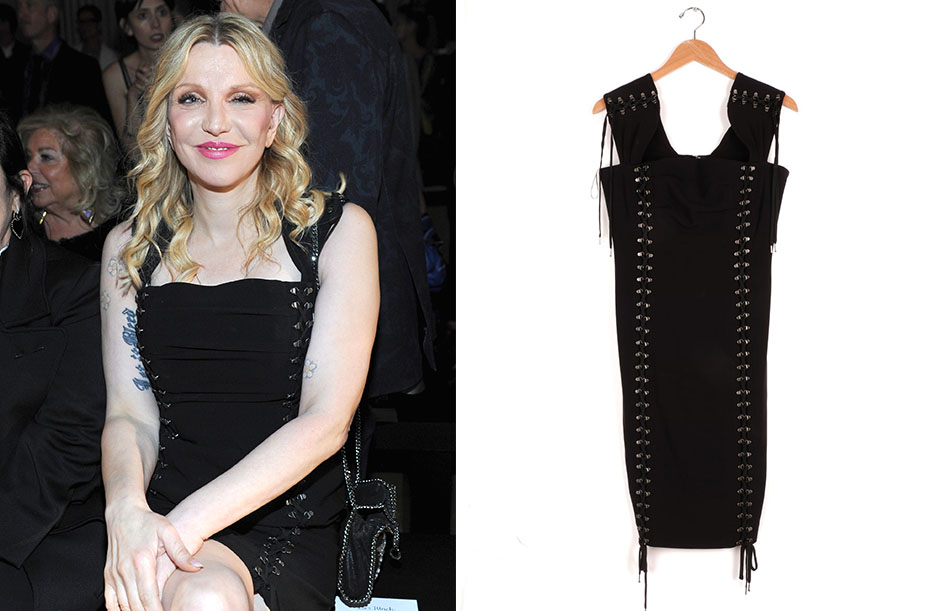