What a difference a week makes. After last week’s Golden Globes barely done ‘dos, the stars and their hair stylists were in a far more playful mood at the 24th Critics’ Choice Awards.

Critics’ Choice-nominated Tully actress Charlize Theron sported not one, but three of this season’s trends: the bob, the ponytail and the deep side part — and she threw in a few braids for good measure. Hair stylist Adir Abergel took inspiration from a Grecian goddess for the look, incorporating the traditional softness with post-modern punk details. “The look was accentuated by deep side parting that fell into a soft chin-length bob, juxtaposed by four strategically placed cornrow braids pleated vertically, pulled to the back into a low twisted ponytail, and secured with a few hairpins,” said Abergel. He finished the look with a custom-made metal Givenchy halo headband just below the crown to complement her metallic Givenchy gown.

The 13 Best Hair Growth Products for Tresses, Lashes and Brows from Hollywood-Loved Brands

Bohemian Rhapsody‘s Lucy Boynton, whose choppy bob made headlines at the Golden Globes, also proved that short hair and up-dos are not mutually exclusive, with her crown of braids secured with Jennifer Behr’s Vespera crystal hair slides. “Lucy’s Gucci dress for tonight was so whimsical — and had room for the hair to be playful,” said hair stylist Jenny Cho. “I decided to do a double side-by-side braid and accessorize with star pins along the back around the nape.” 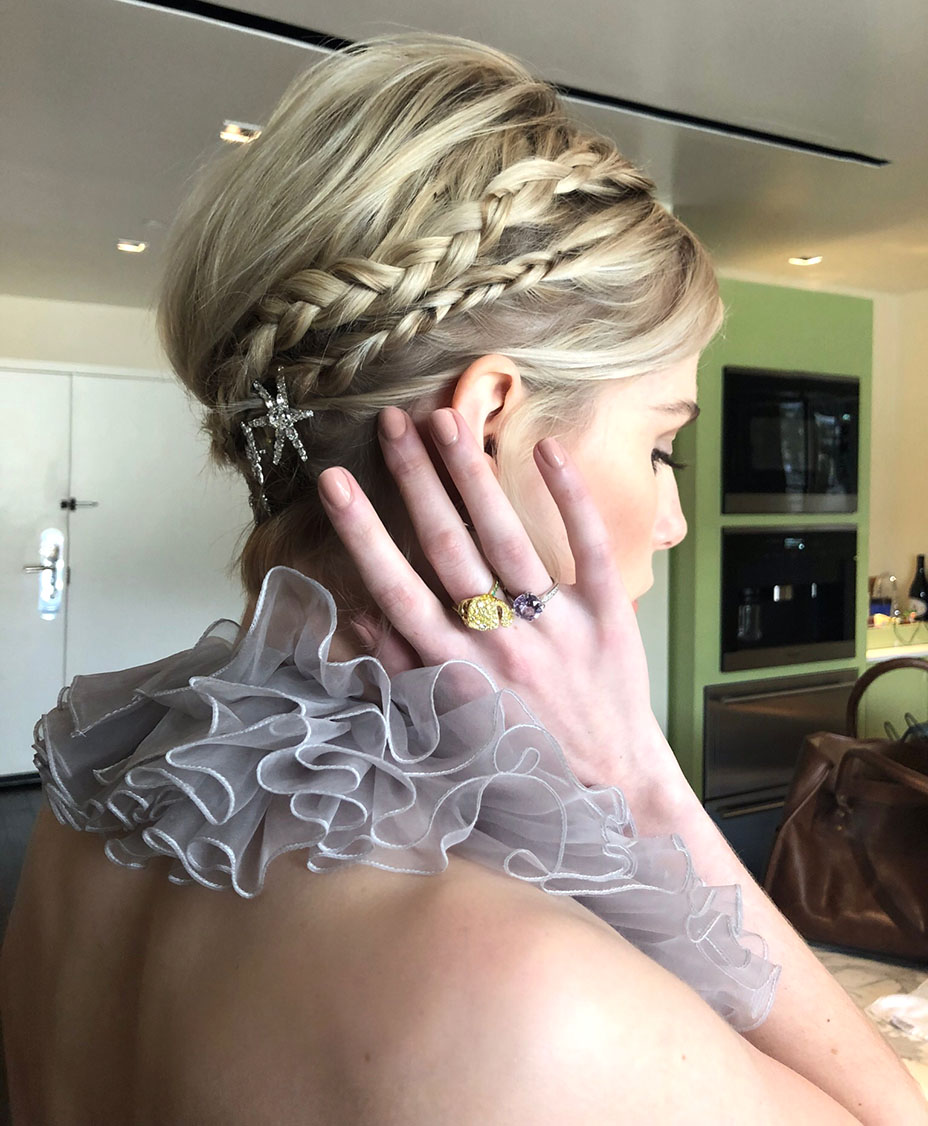 If Beale Street Could Talk actress Kiki Layne also let some sparkle go to her head, wearing a high ponytail, courtesy of stylist Lacy Redway, again, crowned with Jennifer Behr’s Vespera and Vega star-shaped bobby pins. “I wanted to give a modern spin to a classic half up, half down hairstyle,” said Redway. “I used these starred hairpins, which I layered vertically in her hair instead of horizontally on her scalp. This gave the stars the illusion they were floating above the ponytail.” 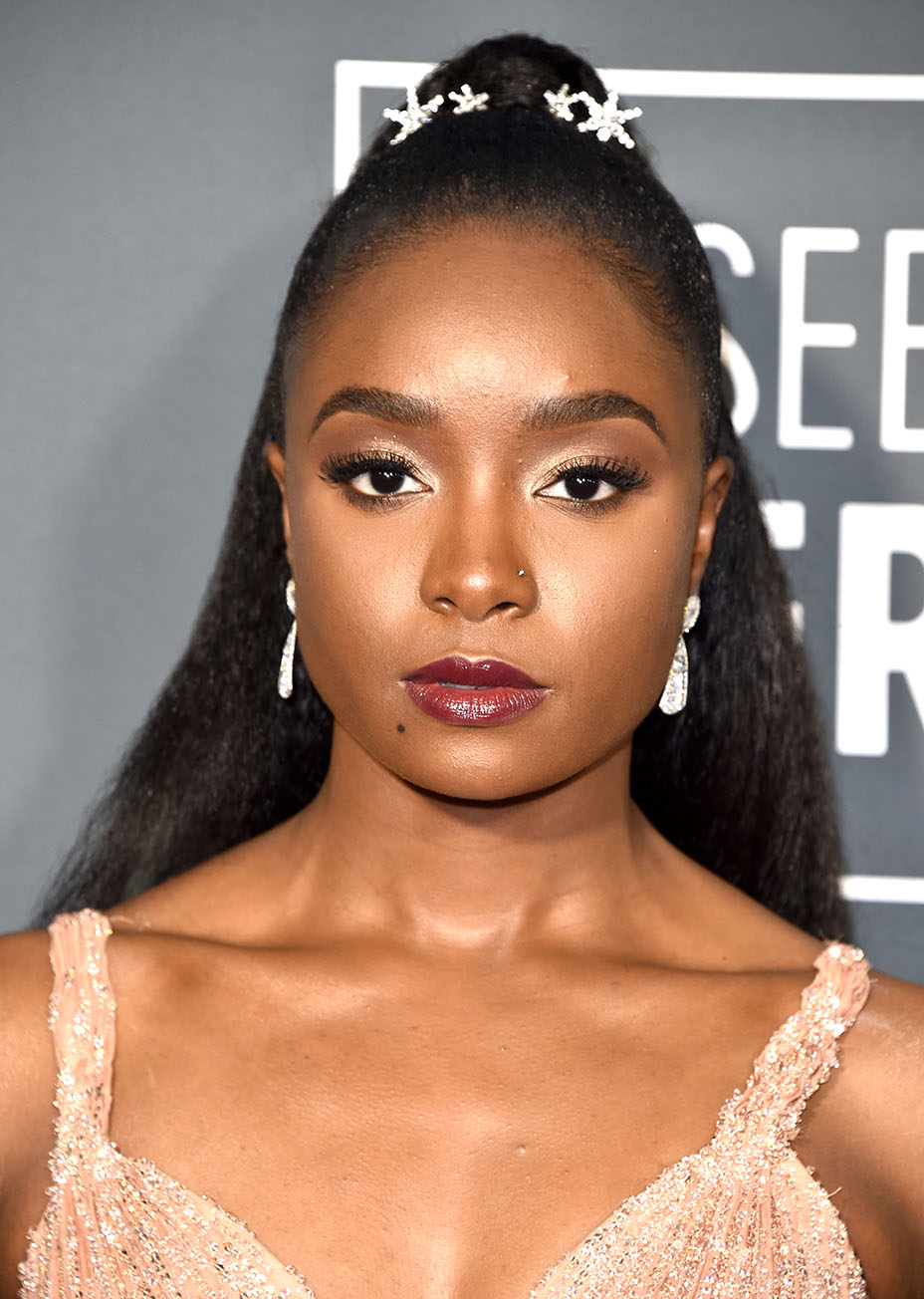 Crazy Rich Asians star Gemma Chan opted for a more romantic look with a long, artfully messed-up braid. “We wanted Gemma’s look to be youthful, modern and effortless,” said hair stylist Clariss Rubenstein. “I tied Gemma’s hair into a low ponytail at the nape of her neck. From the ponytail, I created a classic braid and left a few pieces out around the frame of her face. Lastly, to add more of a playful touch to Gemma’s braid, I tied a black ribbon at both the top and bottom of the braid.” 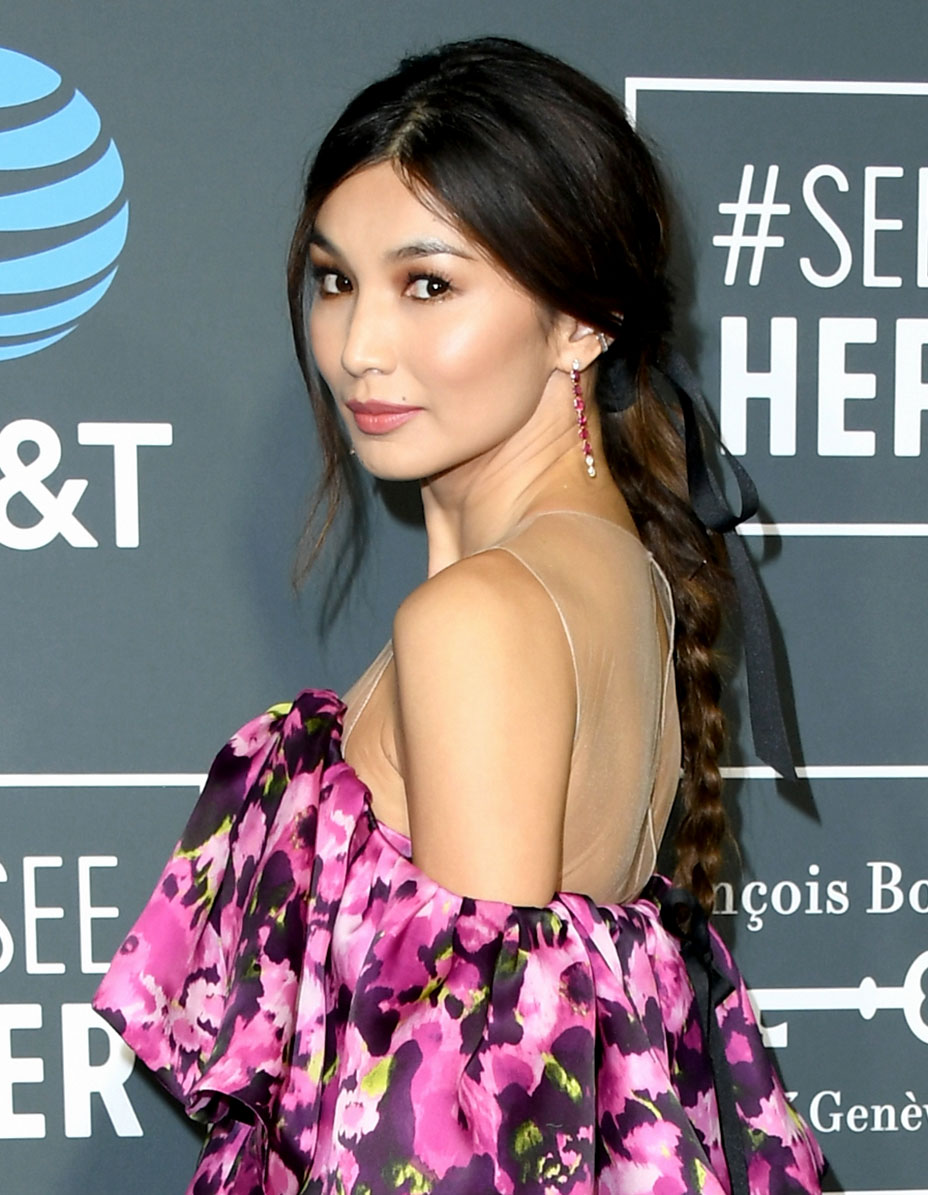 Ribbons were also on Thomasin McKenzie’s mind. The young New Zealander, who was nominated for best young actress for her role in Leave No Trace, was given an unstructured French braid by hair stylist Bridget Brager, which she secured at the neck with a red velvet barrette. “We really wanted to nail a specific color combo that stylist Thomas Phillips envisioned. He was able to construct a two-tone bow and sew it while we were glamming Thomasin, It was perfect!” said Brager. “I used a rattail comb to create a middle part, then swept up each side and created a knot in the back — the same way you would a French braid — secured with an elastic band and added the bow at the very base of the neck.” 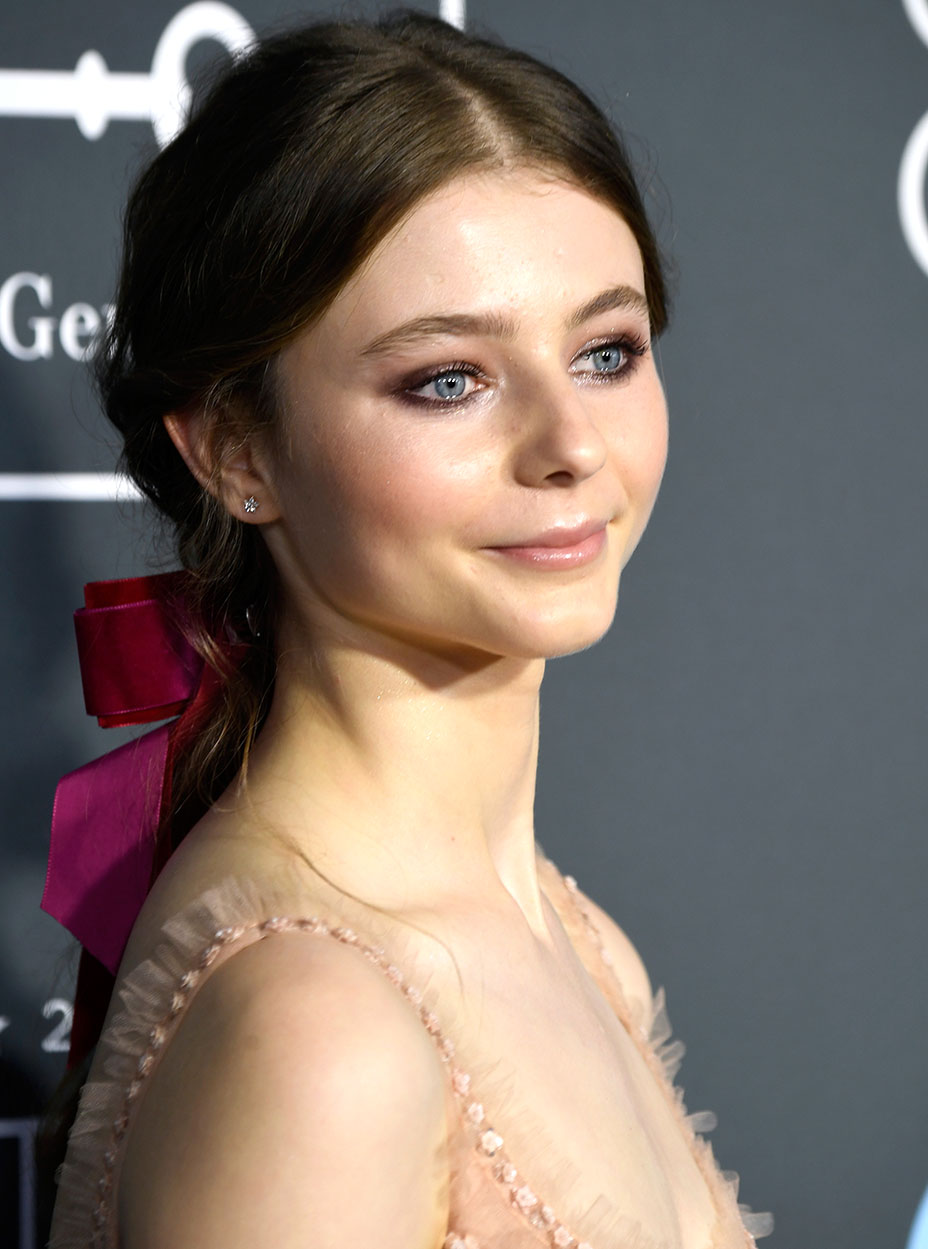