The three-tiered Grammys production includes an on-site gift lounge (open to presenters and performers throughout three days of rehearsals), a pre-assembled goodie bag (valued at north of $30,000) for talent, plus the afterparty soirée’s signature celebration gift. 2019 marks the 20th consecutive year that the 47-year-old has curated the self-described “gift bonanza.”

But Fary isn’t into monetizing the goods. “I have this love-hate thing with the price talk,” he says. “People always want to know the bottom line, but truthfully I don’t even know [exactly] what that is … No one who gets our gift bags is like, ‘Oh, this feels like it’s worth $2k less than last year’s!” 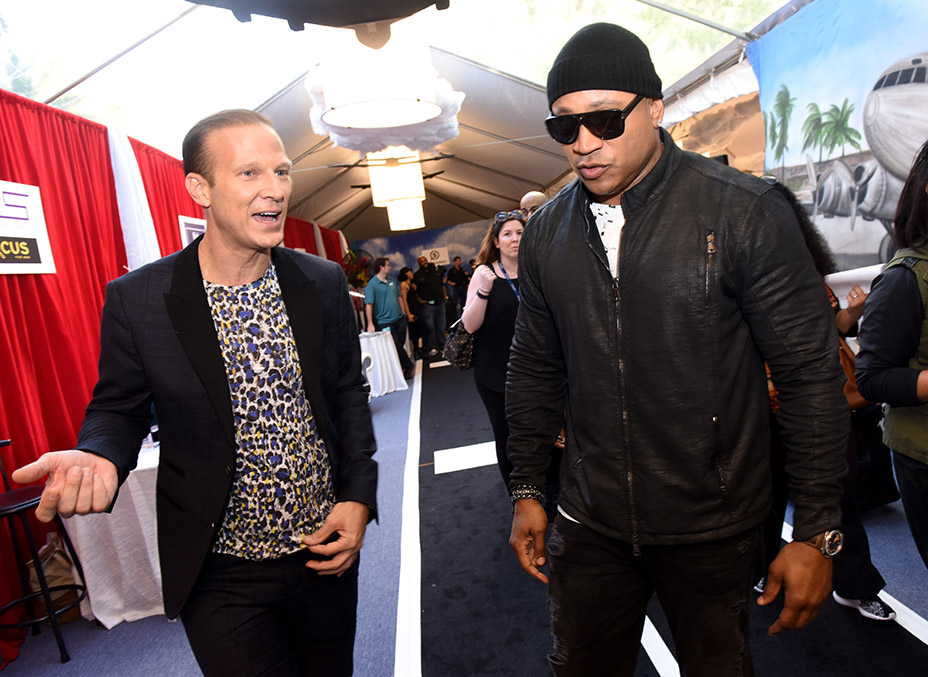 The 2018 haul put the spotlight on a supersize 1000 ml. gold Vaya Tyffyn lunch box, minimally invasive Pinhole gum rejuvenation dental treatments, family circus training from Le Petit Cirque and psychic readings from Go Beyond Here. The company has a tradition of balancing the latest beauty, wellness and experiential trends with lower-tier, functional items to use on the go. “What Sting might think is amazing, Rihanna might not think is her favorite,” Fary says of the breadth.

He points to the 23andME DNA ancestry kit as one of this year’s most unique offerings. Also in the mix are World Qreators “Ishiki” guided VR zen meditations, Millianna’s ostrich feather “shoewelry” (as in shoe jewelry or necklaces for your booties), Alpha Priority VIP airport greeters, a year’s supply of Oxygenetix foundation and Grossé “museum-quality” costume jewelry, famously donned by Marlene Dietrich and Greta Garbo.

Other 2019 swag bag highlights? A custom pet portrait session with up to two dogs or cats, adult lollipops infused with rose petals and 24-karat gold, a week’s stay at the famed Golden Door wellness retreat, New Zealand-harvested Manuka Honey that aids in vocal health, the book Unfiltered: How to be as Happy as you Look on Social Media and Southern Wicked Lemonade moonshine — to accompany late-night In-N-Out Burger in the limo. 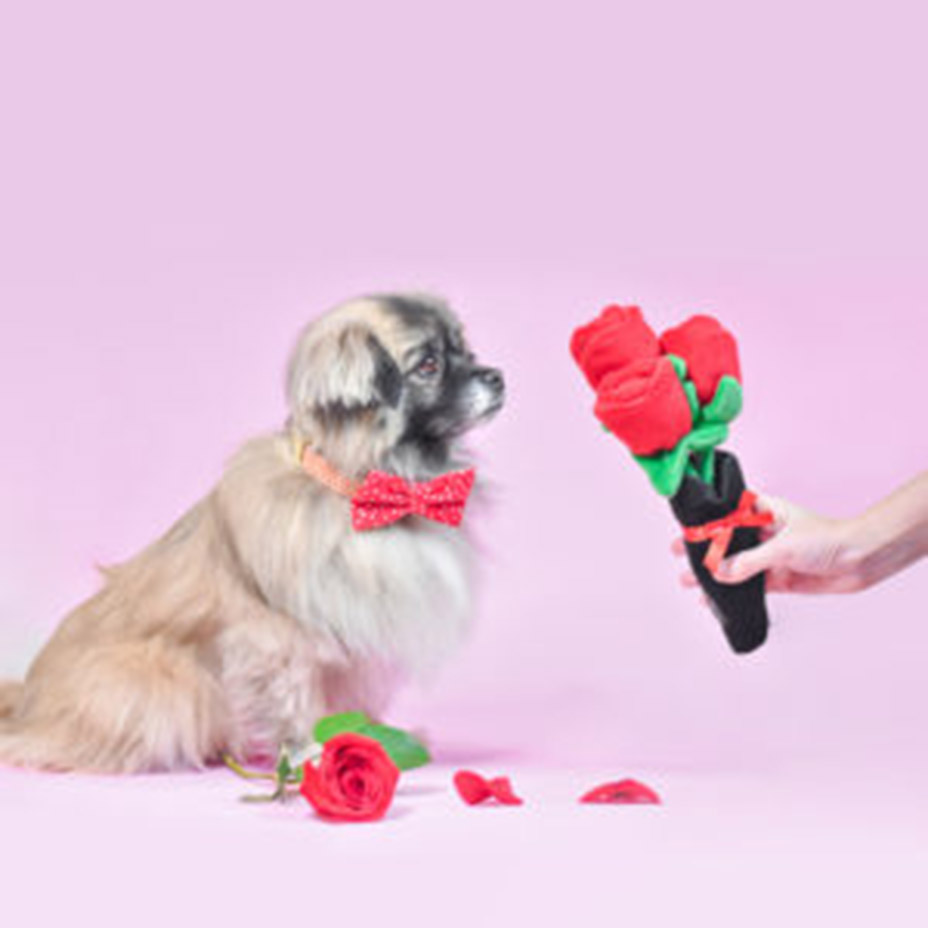 The lounge charges $25,000 for companies to buy into face time with talent and $55,000 for sponsors who gain naming rights, signage and premier space. This year’s sponsoring company, Japanese beauty and wellness company MTG, highlights its marquee products: A waterproof facial contouring tool with solar-powered micro-current technology and a collagen drink.

Artists occasionally use the opportunity to pitch their own merchandise: Chaka Khan inked deals for the 2013 placement of her Chakalates gourmet chocolates and Khana Sutra candle line, while Jason Mraz’s Mraz Family Farms artisanal chocolate bars were featured in last year’s run. 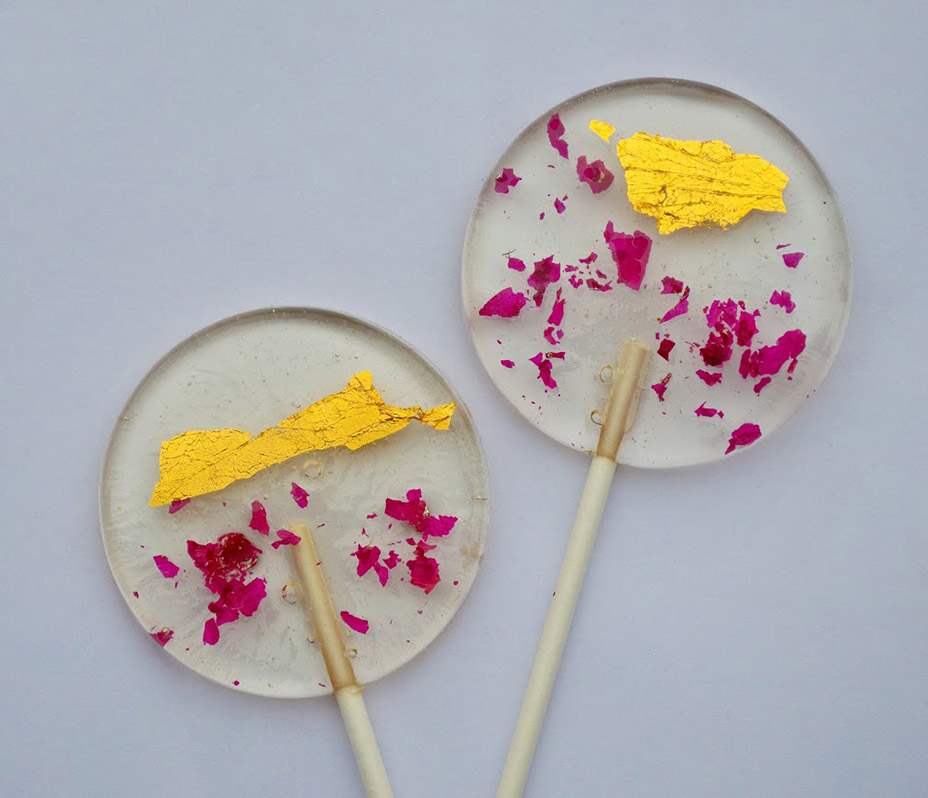 For swag bag inclusion, companies dish $1,500 per category, with a minimum gift value of $50. Every company has to earn the co-signs of Fary’s team and The Recording Academy that’s become more and more “hands on” as the glitzy bags have built a buzz, says Fary.

This year’s afterparty-goers will receive a vegan leather Stash Box from L.A. brand PRSVR (pronounced “Persevere”) that Fary describes as a “reimagined fanny pack” for jet-setters and the innovative SmartDOT decal designed to diffuse harmful radiation from electronic devices. 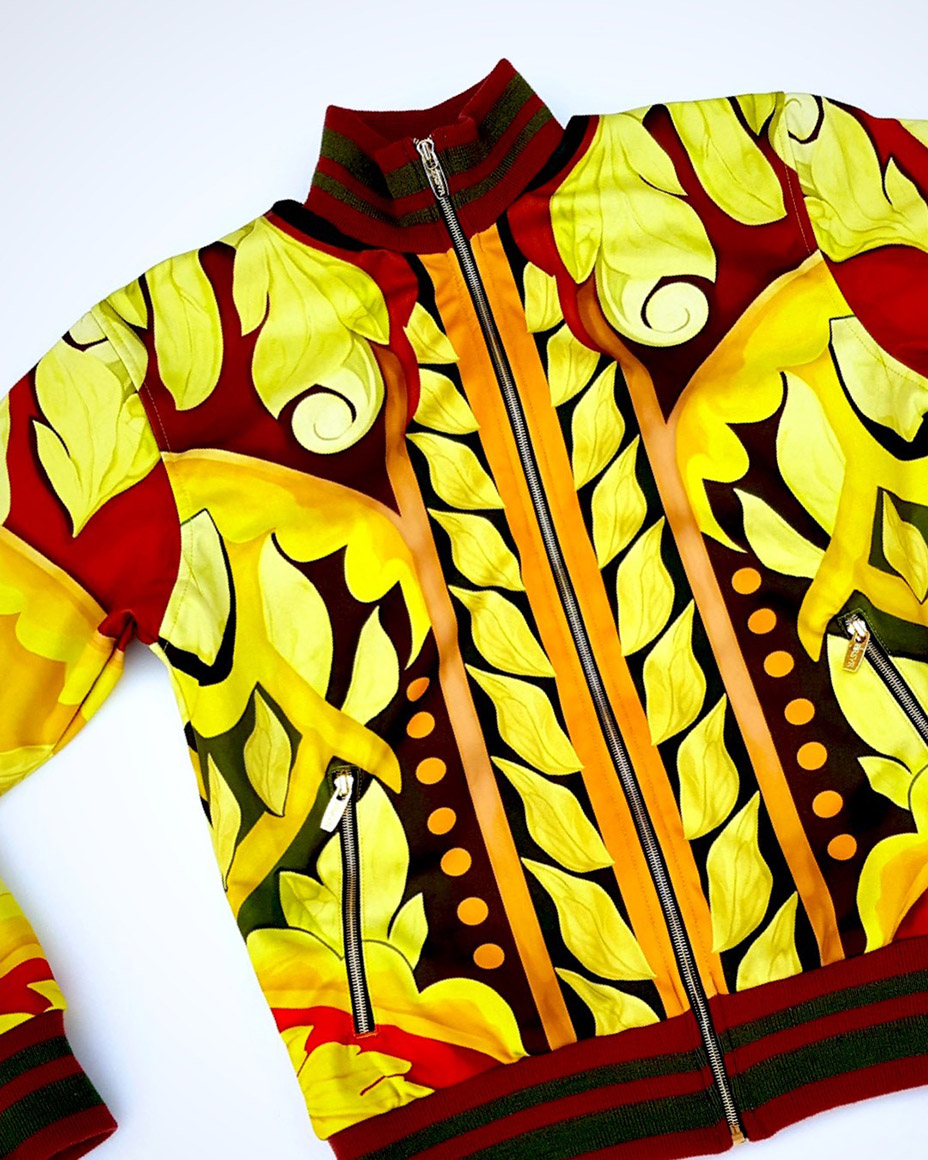 Looking back, Fary has fly-on-the-wall stories for days. There was the time an “in a rush” Nicki Minaj drove her pink Bentley right up to the gift tent to have her swag hand-delivered to her window. “That was funny,” he cracks.

Rihanna — always a major fan of the lounge, especially “after she has a bad rehearsal,” adds Fary — likes to bring her girlfriends along “for a little shopping trip,” which the team always allows. “I love when RiRi comes!” 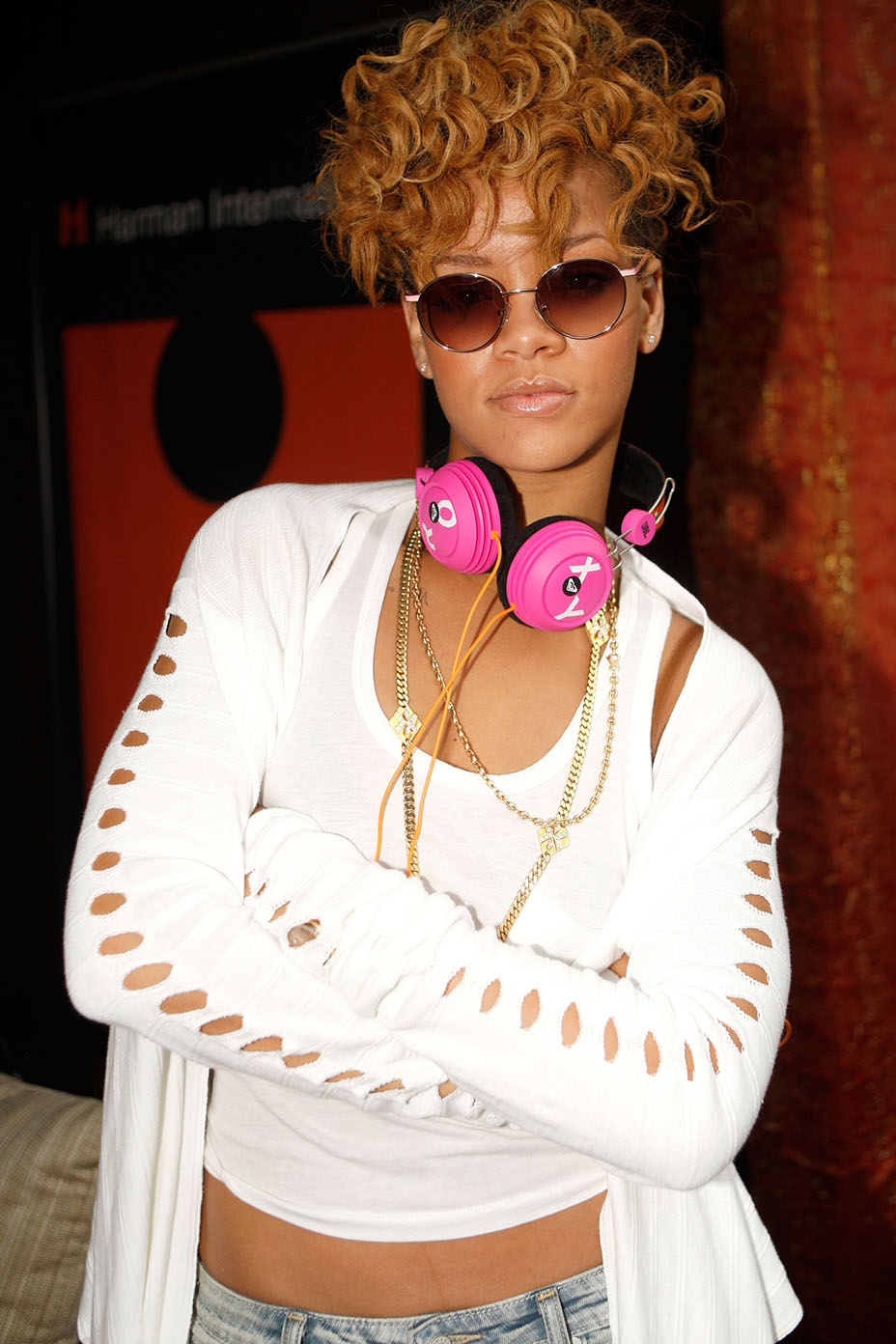 Then there was a baby Justin Bieber (then a “YouTube star” ) who visited the gift lounge pre-fame. “You see how young he was, no one even knew who he was for the most part,” Fary says of the “adorable” throwback shots. The marketing whiz has even earned some long-running celeb pals as an added perk, citing Kathy Griffin, NSYNC’s Joey Fatone, rapper MC Lyte and LL Cool J as those who have stayed in touch over the years. 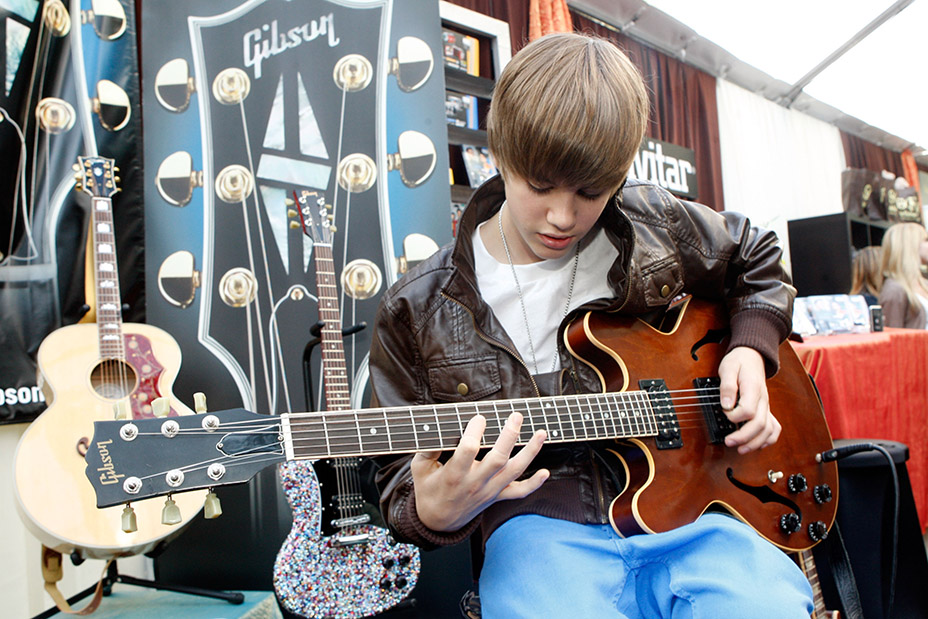 The lounge is a “microcosm” for the show itself, boasts Fary, as evidenced by chance meetings between unlikely musical acts. “You have people like Boyz II Men and Macklemore running into each other in the lounge and there’s this mutual respect,” says Fary. “Alabama Shakes’ Brittany Howard and Zac Brown also happened to be there at the same time and we were giving out Gibson guitars that year … they just sat down and started doing an impromptu performance. Everyone was standing around in awe, watching this amazing once-in-a-lifetime moment happen.”

Fary’s most pinch-worthy possession? A hand-written ‘thank you’ note from Bette Midler. “Thank you for your kindness and all the fab swag,” the icon penned in the 2001 note that now hangs, framed, in his Los Angeles office. “It was our second Grammys that we ever did, when her ill-fated TV show was on CBS. She was a presenter,” he recalls. Not typically one to hand-deliver the bags personally (“I have my team for that,” he admits), he brought “Ms. Midler’s” directly to the stage.

“She started opening it right there, so I gave her my card and said ‘Let me know if you have any questions, and she said, ‘Your name is Lash Fary?!’ I said ‘My mom was a prophet, what can I say?’ The next day, she walked off the elevator and did her quintessential Bette Midler sashay and said, ‘Well well well, it’s Lash Fary!’ I was like, ‘Ms. Midler, you remembered my name?’ She said, ‘Remember your name? I’m putting it in my act!’” 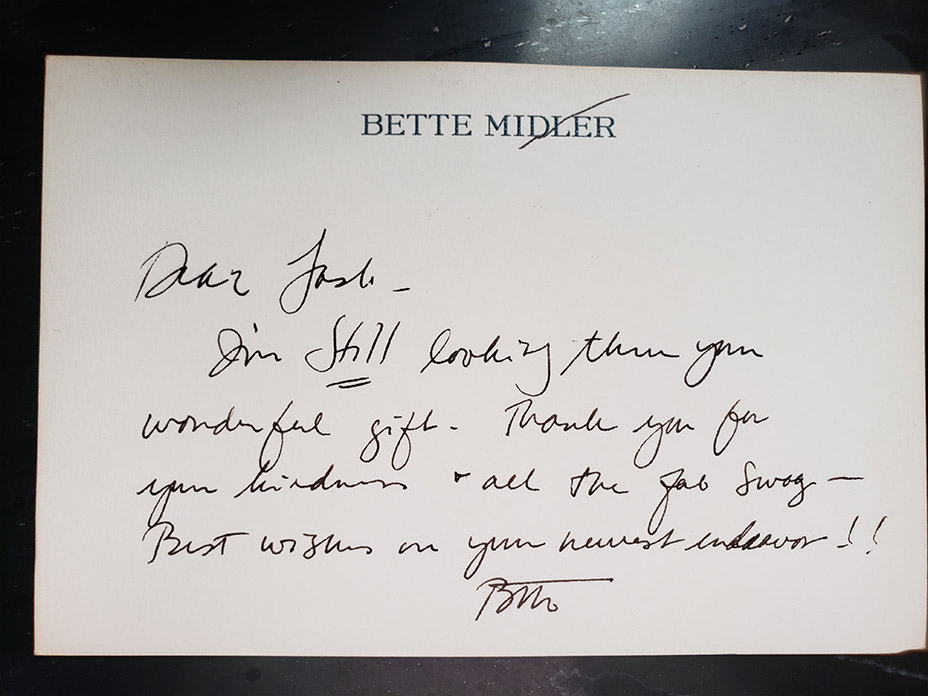 Next up, Distinctive Assets will execute a far more elite (and independently produced) swag bag for the top 25 nominees at this year’s Academy Awards — Bradley Cooper, Amy Adams, Rami Malek, Lady Gaga, Mahershala Ali, Regina King, Emma Stone and more. “We only give 25 as opposed to 140 for the Grammys,” Lash explains. “The value of those tends to be a bit more, because we have expensive trips and things that people can’t give out in higher quantities.”

Despite the ever-shifting pop culture landscape of award show season and the politics that come with it, Fary says it’s still business as usual: “In a way, it’s kind of like the award show itself, when you think about how much the Grammys or any award show has changed over the last 20 years. Frankly, they haven’t!”

“Those first few years we were the first people doing this,” he says, of convincing early partners like tech giant Apple to give iPods out. The team is also credited with aiding Keurig’s coffee pod boom to global ubiquity. “We launched the product at the Grammys back when they first came out, and people were like, ‘Is anyone really going to use pods? These seem really inconvenient.’ Now they’re all over the world!”