As the pandemic leads to a rise in comfort-focused clothing, one Beverly Hills designer is amping up the trend.

Daddy Robes — founded in 2016 by musician Harvey Justice III — began to gain a following in October with styles that can only be described as plush on steroids. The robes, weighing up to 11 pounds, are made in fleece, velvet and mink, and cost from $555 to $1,111, with custom looks going higher. The label’s clientele includes YouTuber Logan Paul, singer Trey Songz and actor Shemar Moore, who posted his look to his Instagram. Rapper Trippie Redd notably paid $11,111.11 for a custom robe in November.

“I’m the most comfortable man in the world. I’ve worn a robe every day for over the past decade,” says Justice, who’s known for the style choice as well as for cooking with Hennessy cognac in YouTube videos under the name Chef Henny. “People are spending so much time in their homes, so I wanted to utilize that knowledge and produce something that would make the world more comfortable.”

'Furious 7' Soundtrack Drives to No. 2 on Albums Chart 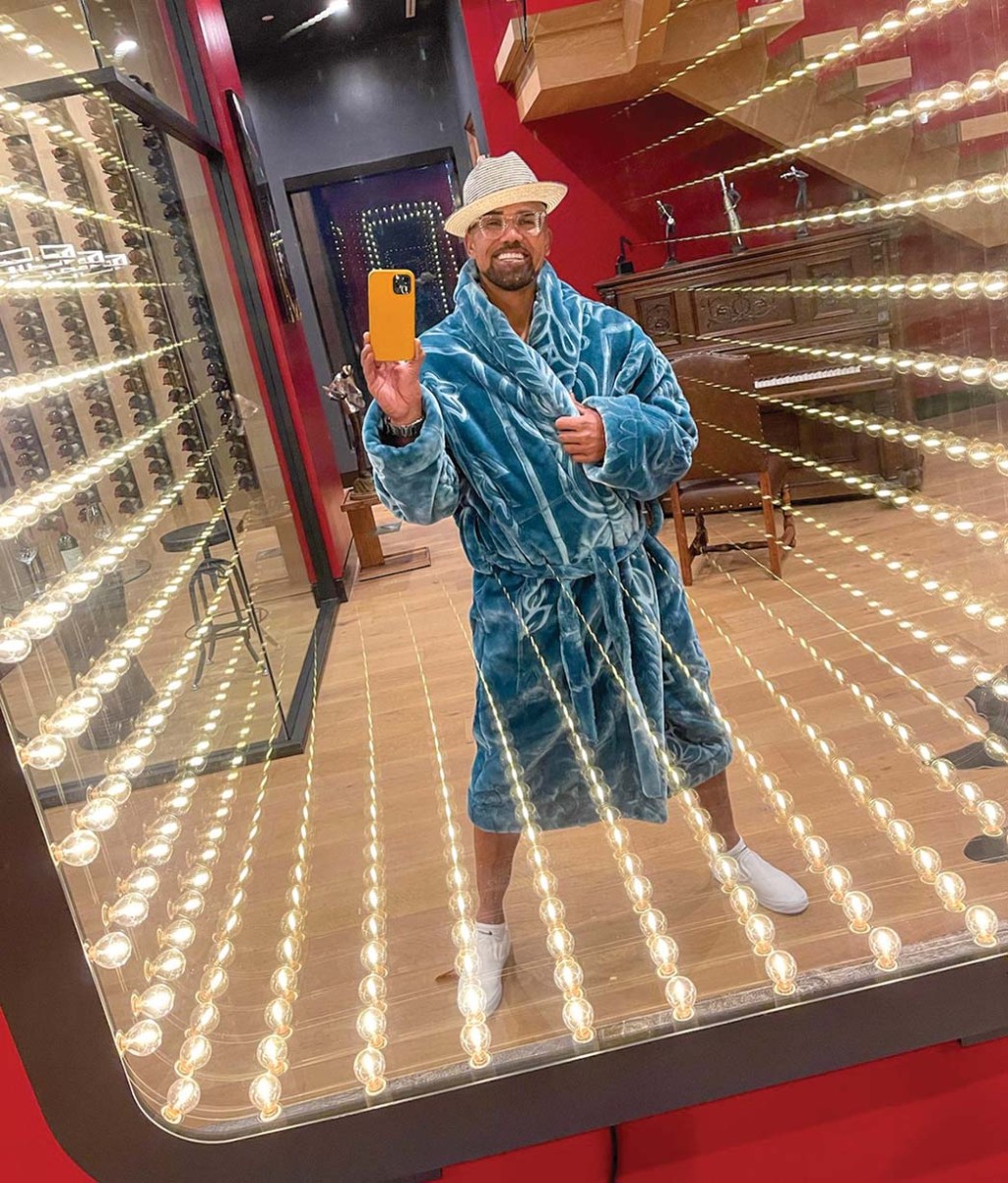 Daddy Robes was still in the prototype phase at the start of the pandemic because production was proving to be an issue. “It was a bit of a dead project because I kept getting scammed by different companies that were doing production,” says Justice. “Then I finally found someone legit.”

Justice met Dark Denim, his clothing maker, shortly after driving to Los Angeles last year to work on his latest album, and the brand took off from there. “Right now, it’s a very small team, five altogether,” says Justice. “Three of us are tailors and they kind of collaborate, and I do more of the design and creative for the brand.”

When first starting out, Justice focused on designs that reflected his own style. “It was about what I like,” he says. “I have different personalities. I feel different ways on different days. Then I kind of spun off that in the styling and various colorways. My goal was to create a robe that anyone could wear.” Current looks include various floral combinations, a peacock robe, a dragon robe and multiple celestial-inspired styles. In 2021, Justice plans to release more occupation-focused robes, such as a fireman-inspired robe and a robe that looks like a suit.

The new year brings more than just new styles of Daddy Robes: The brand announced in December that they would soon offer a line of children’s robes as well, after a number of clients ordered custom matching robes for their children. Justice is currently working on one for Songz’s son.

In terms of other fashion ventures, Justice has an exciting announcement coming soon: “People can definitely expect my debut into the shoe game very soon with a very, very big manufacturer.”

A version of this story first appeared in the Jan. 27 issue of The Hollywood Reporter magazine. Click here to subscribe.