Zeroing in on a sweet spot of 1920s to ‘50s Old Hollywood-inspired men’s and women’s vintage garb, as well as branded sweatshirts emblazoned with the names of icons such as Lauren Bacall and Gary Cooper, Golden Age has become L.A.’s newest go-to for some of the biggest names in the fashion business, along with a long list of celebrities. The demand is so huge that the company, which opened its first store at 8012 Melrose in February 2017, is adding a second location at 3325 Sunset Boulevard, due to open this Sunday, April 1. 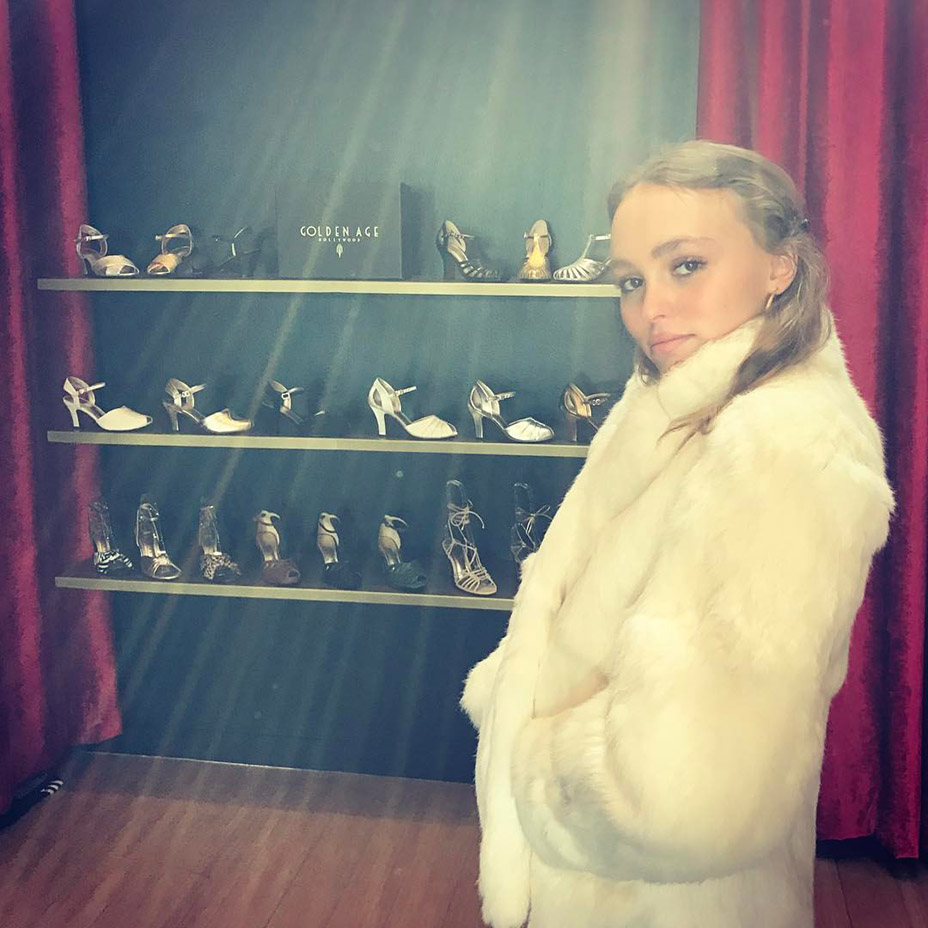 The store concept is focused on storytelling, with a tie-in to the silver screen. Ludvic Orlando and his business partner Jesse Bardy (who previously owned a rare vintage showroom in France geared to collectors and fashion designers) moved to Los Angeles in January 2017 to open the shop, fueled by their longtime passion for all things Hollywood. In the highly curated mix are authentic ‘40s and ‘50s military pieces from World War II and the Korean War, ‘40s glamour dresses inspired by film noir, burlesque looks, Studio 54-era styles from the ‘70s and ‘80s, and denim and leather “inspired by John Wayne films and westerns from the ‘50s to the ‘70s,” says Orlando.

When Dior creative director Maria Grazia Chiuri was in L.A. last May to show the brand’s resort 2018 collection at the Upper Las Virgenes Canyon Open Space Preserve in the Santa Monica Mountains, she stopped in to shop. “She used lots of silver, turquoise and native Indian inspiration from pieces we carry in the shop,” says co-owner Ludvic Orlando, who notes that the design team heads for Gucci, Saint Laurent, Calvin Klein, Ralph Lauren, Louis Vuitton, Supreme, Mango and Zara also shop at the boutique on repeat. 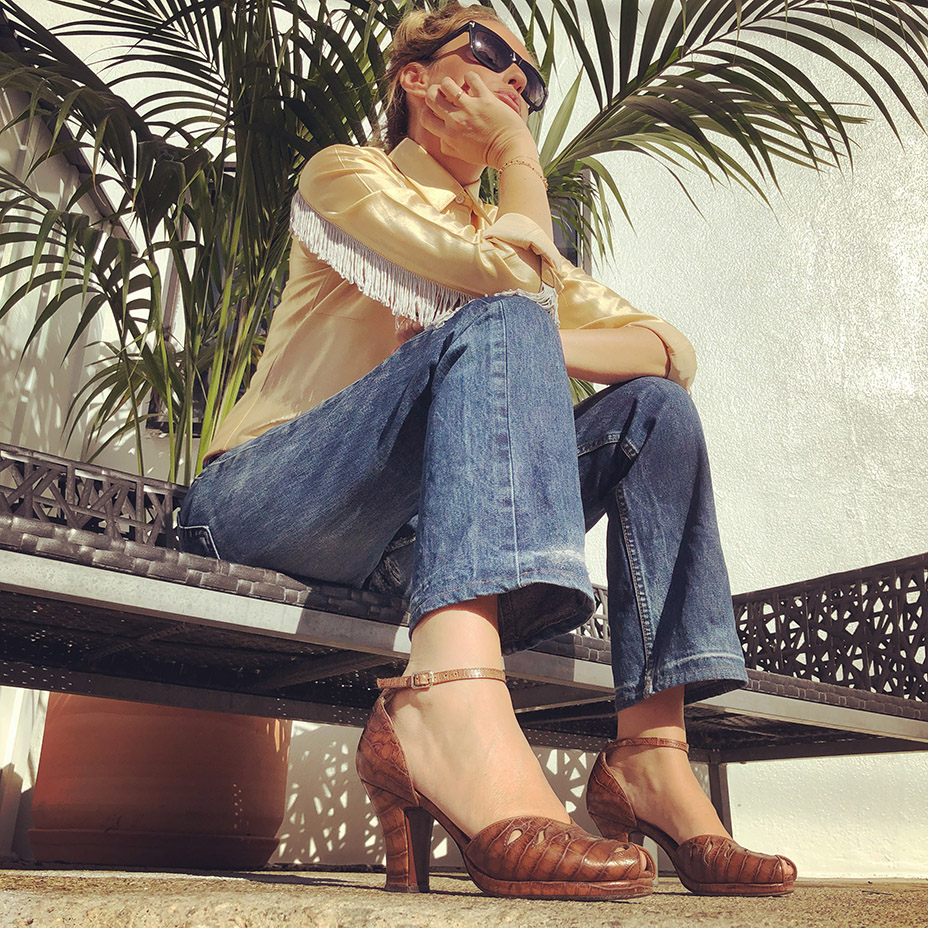 “I saw the influence in the Western-inspired shirts, band pants and other pieces in Calvin Klein’s past collections,” Orlando says. “Pieces in Gucci’s fall collection were inspired by ‘40s and ‘50s university jackets. There was a lot of baseball embroidery very much influenced by vintage pieces from the Yankees and Dodgers. Kanye West’s designers recently bought a lot of military pieces in the shop. And we’ve sold so many band pants with the stripes on the side, like the U.S. Marines pants, to Calvin Klein and Louis Vuitton that have become a big trend. Lately there’s been such a revival of ‘40s looks with the bold shoulder that are similar to ‘80s looks, so we have added more late ‘70s, ‘80s and ‘90s styles.” 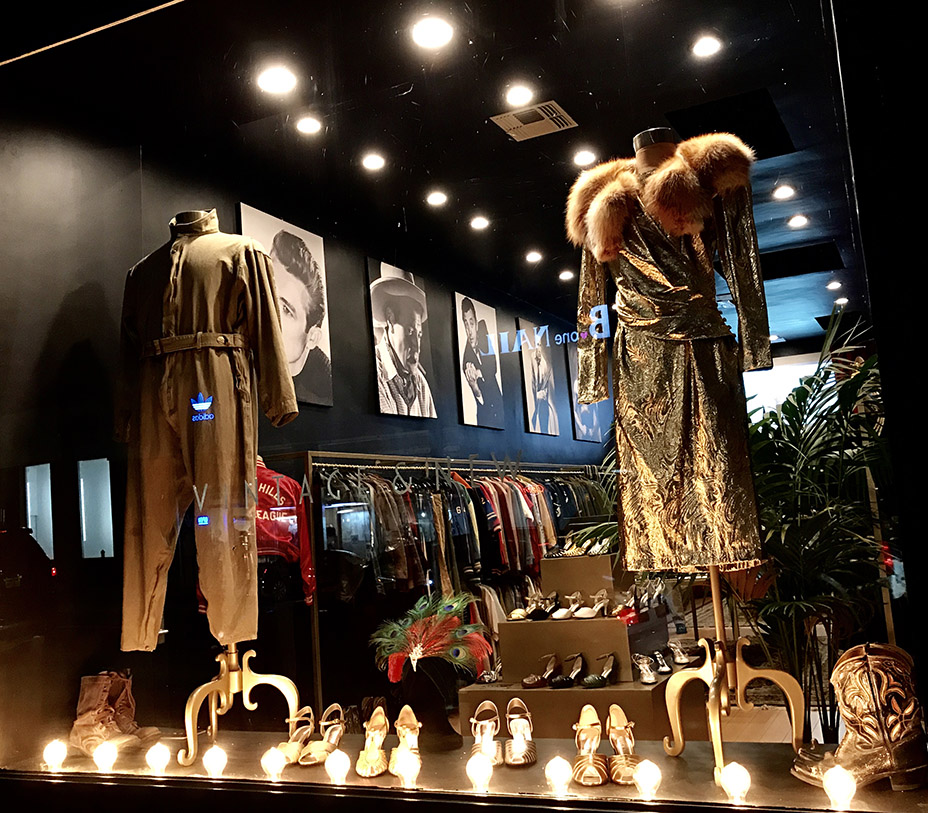 Beyond the vintage collection, Golden Age has its own branded line of retro-glam heels ($209-$279), crafted in Brazil with names such as Norma (as in Desmond) and Mildred (as in Pierce, Joan Crawford’s character in the 1945 film) that nod to Hollywood. Depp owns three pairs — the Norma sandal in both leopard and zebra prints and the ‘20s-inspired Lulu sandal (named after Louise Brooks) in gold. Jagger picked up the Norma in rose gold and the red leather platform Mina heels, named for the character in Dracula, while Bladerunner 2049 actress Sylvia Hoeks went for the Norma in leopard. 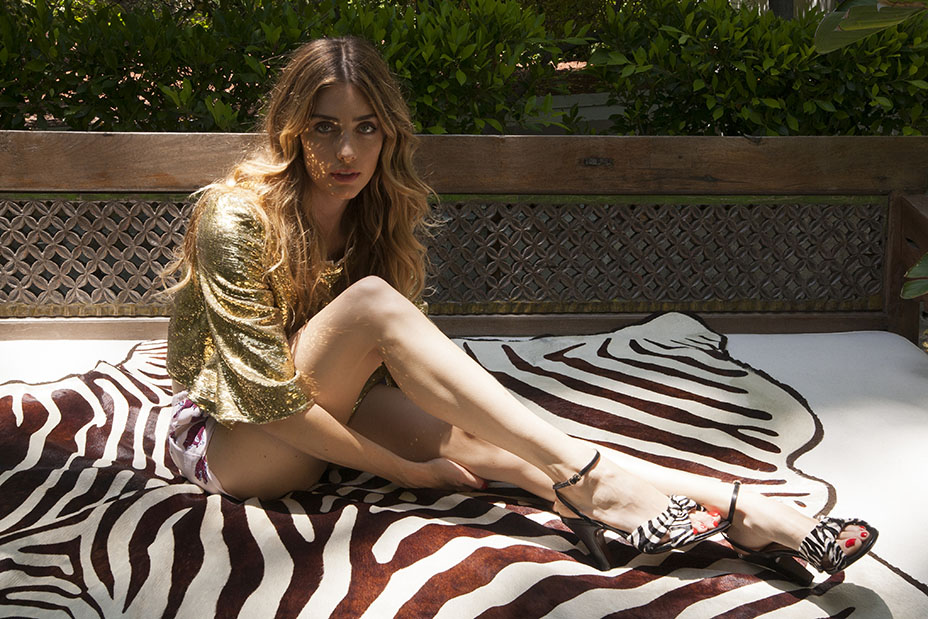 Golden Age has also dipped its toes into fashion with a branded line of sweatshirts ($89) and satin bomber jackets ($159) emblazoned with the names of Old Hollywood icons such as Joan Crawford, Gary Cooper, Lauren Bacall and Robert Mitchum. Usher snapped up a few and asked for a jacket with his own moniker, but the shop doesn’t do personalization — unless you order at least 100. 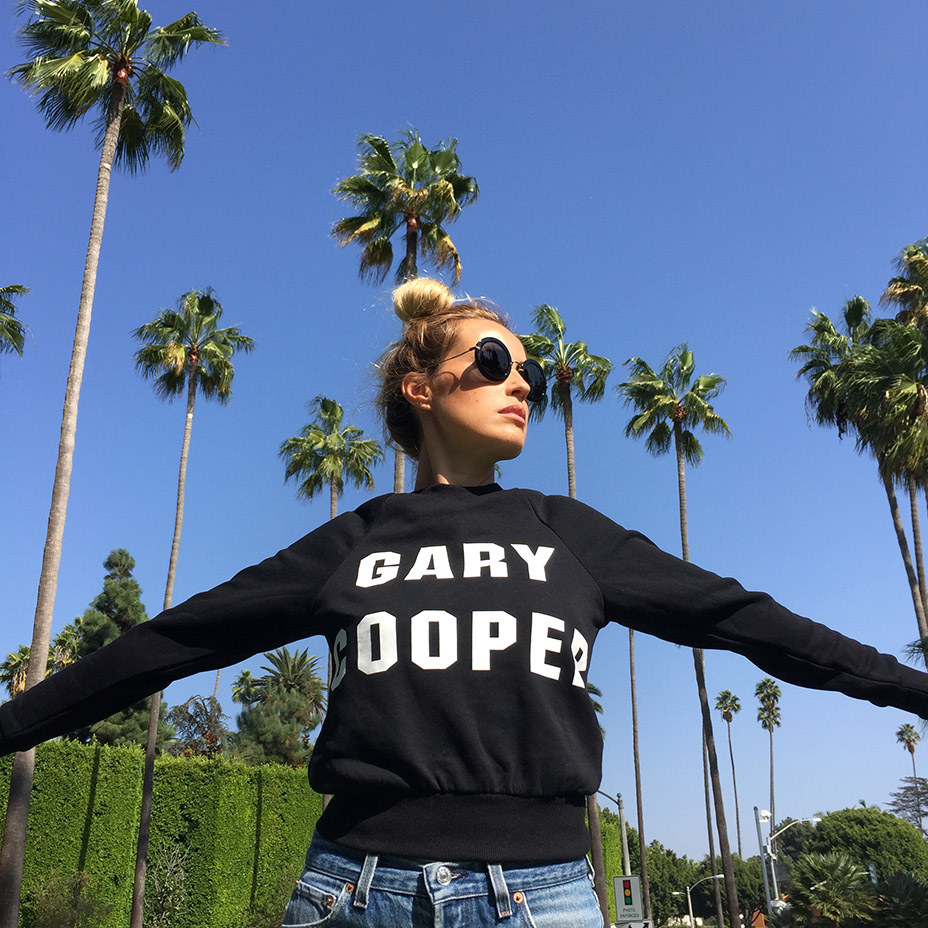 Next up, Golden Age is expanding its apparel line with a new made-in-L.A. collection of unisex hoodies, T-shirts, jogging pants and sweaters in partnership with Dov Charney’s company Los Angeles Apparel. The look of the line is “very much inspired by old pictures we found of Grace Jones and how people dressed at Studio 54,” Orlando says. The pieces will bear the names of iconic film-associated Los Angeles streets, such as Sunset Boulevard (after Billy Wilder’s 1950 film noir), Mulholland Drive (for the 2001 David Lynch film) and Lauren Canyon and will hit the store in late April.