For Debra Messing, a watch is more than a utility item or fashion statement.

The timepiece she chooses each day conveys an attitude, one that is just as often related to style as it is to power. “I want a watch to feel cohesive with what I’m wearing — it’s why I’m drawn to yellow-gold or rose-gold watches, because I tend to wear a lot of yellow-gold jewelry — but there can be more to it,” the Will & Grace star says, noting that she prefers larger timepieces, sometimes veering toward men’s styles to achieve the look she wants. “I definitely feel more powerful when I’m wearing a watch with a large face, and when that’s the choice, I don’t want frills, no diamonds. Just a face that’s strong and simple.”

Among the pieces on her wish list: an Audemars Piguet Royal Oak and Patek Philippe’s Golden Ellipse. Her love of vintage jewelry, meanwhile, has led to an interest in vintage timepieces, too: She bought a 1910 pocket watch with chain in London and sometimes wears it as a necklace, and she’s on the hunt for a yellow-gold 1970s Chopard watch.

Messing, 50, gravitated toward watches in her college years after her father, a jewelry-industry executive, presented her mother with a diamond-accented gold piece as an anniversary present. “I was mesmerized by it, and it’s the first time I equated a watch with something really special,” she says. Today the actress owns roughly 70 timepieces, noting that many are fashion or sport watches, though she has also curated timeless styles, from a Ronde Louis Cartier to a Chopard La Strada and a Jacob & Co. Brilliant Pavé, fully covered with diamonds.

Messing also has her mother’s watch, saved for special occasions. “She passed away four years ago, so that one is kept in a safe in New York,” she says. “It’s one of my most prized possessions.” 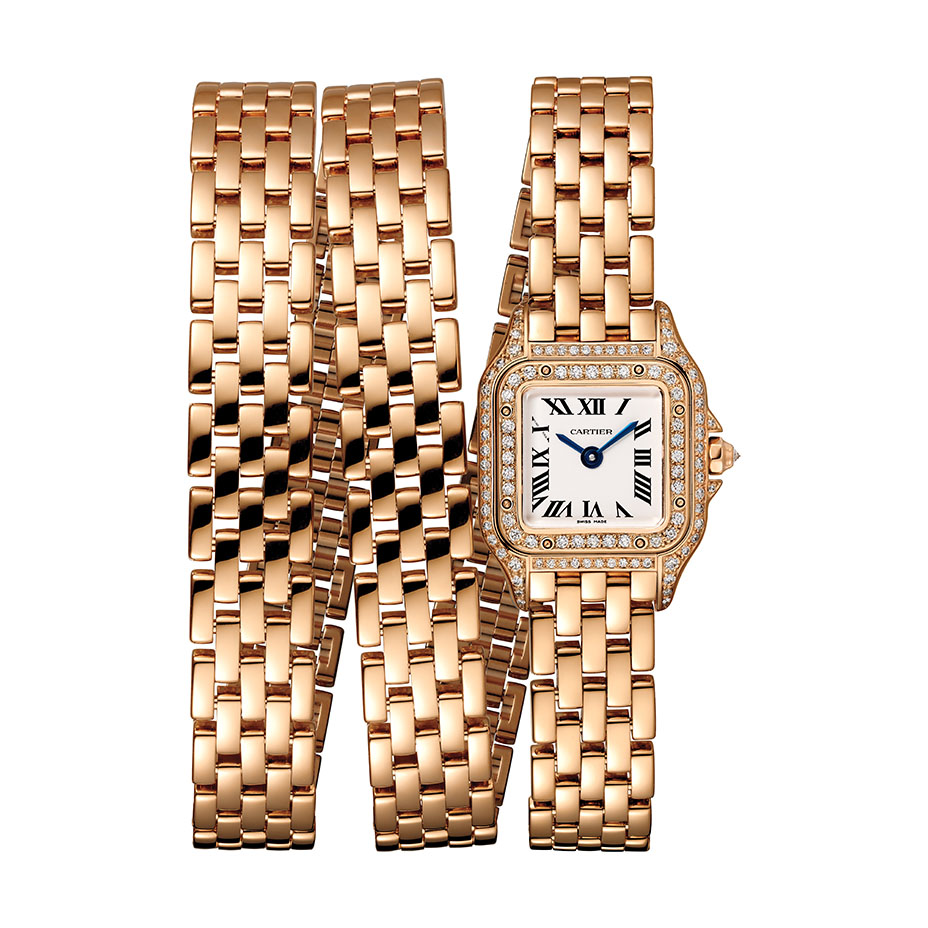 Bedat & Co. likewise can be found among Messing’s collection; the brand also has made its way into the wardrobe of her best-known character. “I fell in love with a Bedat bracelet style with diamonds 15 years ago, and I just continued to follow them,” she explains. “One day I saw a square style with a red alligator strap, and I thought, ‘That’s Grace’s watch.'” Lori Eskowitz-Carter, costume designer for the entire run of Will & Grace, agrees: “That watch is really vibrant and Grace-worthy. With a really good-looking watch, I make sure Debra has short sleeves or they’re rolled up, or that she’s wearing something sleeveless.”

Because Messing jets between work in Los Angeles and her New York home, she also favors a dual-time Philip Stein, though lately she finds herself reaching for a watch that checks multiple boxes: a Rolex Oyster Perpetual Day-Date in yellow gold.