The interior decorator, whose Brentwood store is a favorite of Taylor Swift’s for gifts, has launched her collection of chocolates, candles and fragrances at the Century City, Sherman Oaks and South Coast Plaza Bloomingdale’s stores.

Tobin has set up a counter in the beauty department, bringing some local pride to the neighborhood, nearby to Jo Malone, Space NK and others. 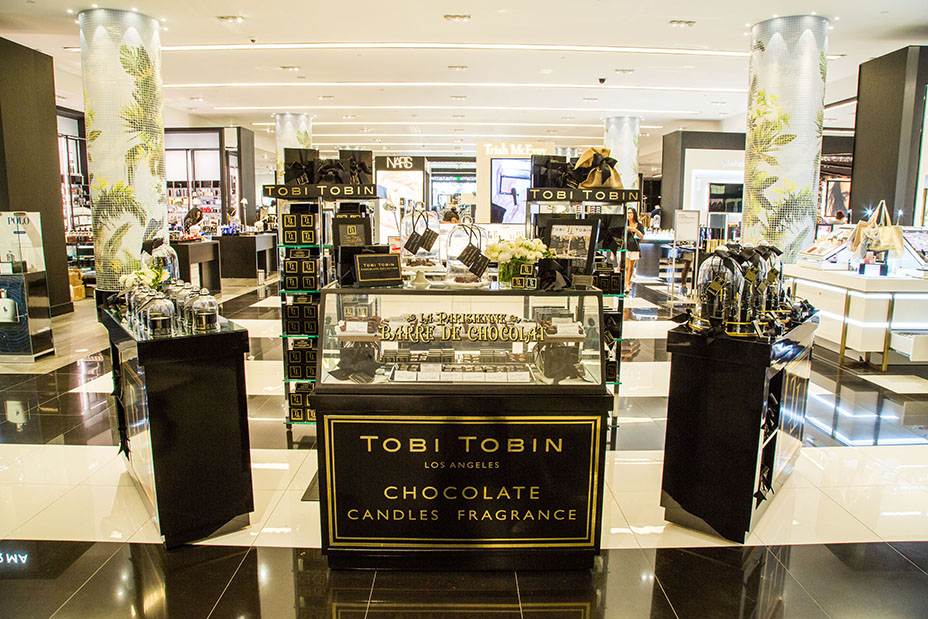 Her popular fragrances ($28 to $148), all organic, include the unisex Crow, inspired by summer nights at Hotel du Cap, with white tea, soku lime and oak moss; No. 13, inspired by the limestone cliffs of Capri, with yuzu, fig leaf and honey melon; and No. 19, a woody spice inspired by Big Sur, with bergamot, lavender and tobacco.

Tobin also sells hand-poured, made-in-L.A. candles ($38 to $68), which smell like everything from a summer night in Nantucket (Salt Box) to an escape to Tulum (Palapa).

The fragrances and candles can be mixed with Tobin’s chocolates ($38 to $198), which are all dark chocolate truffles with a choice of Hawaiian sea salt, espresso, coconut and more.

“Putting chocolate, candles and fragrance on the beauty floor has never been done before,” says Tobin, “But it’s the perfect combo.” 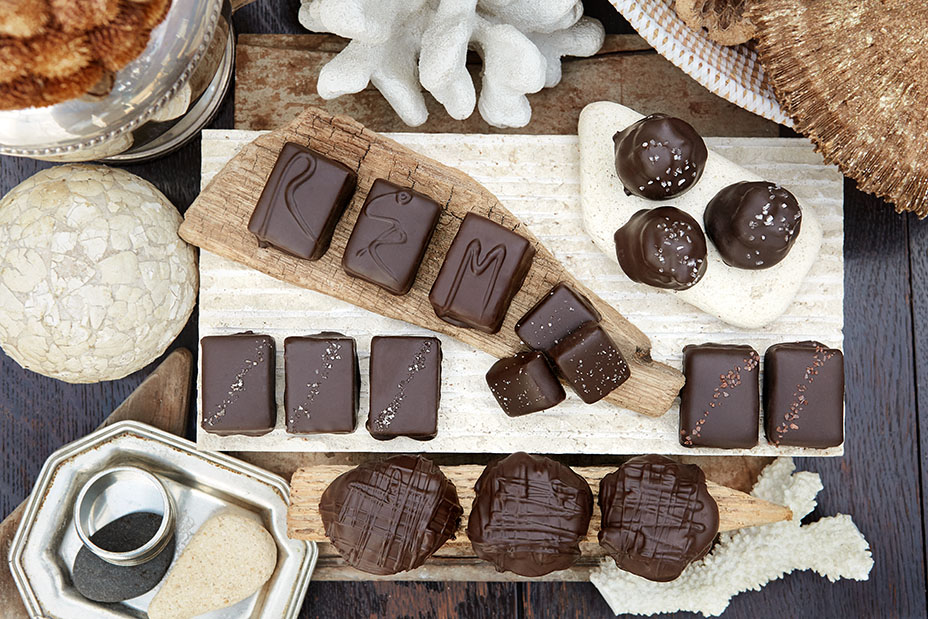 For those who really want to treat their moms, Tobin is offering a new Black Box candle-and-chocolate subscription service ($64 to $175) delivered to their door monthly.

A Michigan native, Tobin started out as a fashion model in the 1980s, when, after being discovered by John Casablancas, she walked for John Galliano and did campaigns for Giorgio Armani. She moved to L.A. in 1989, where she was a member of the Brat Pack of stars of that era, dating Judd Nelson, and then rooming with Robert Downey Jr. and Sarah Jessica Parker. 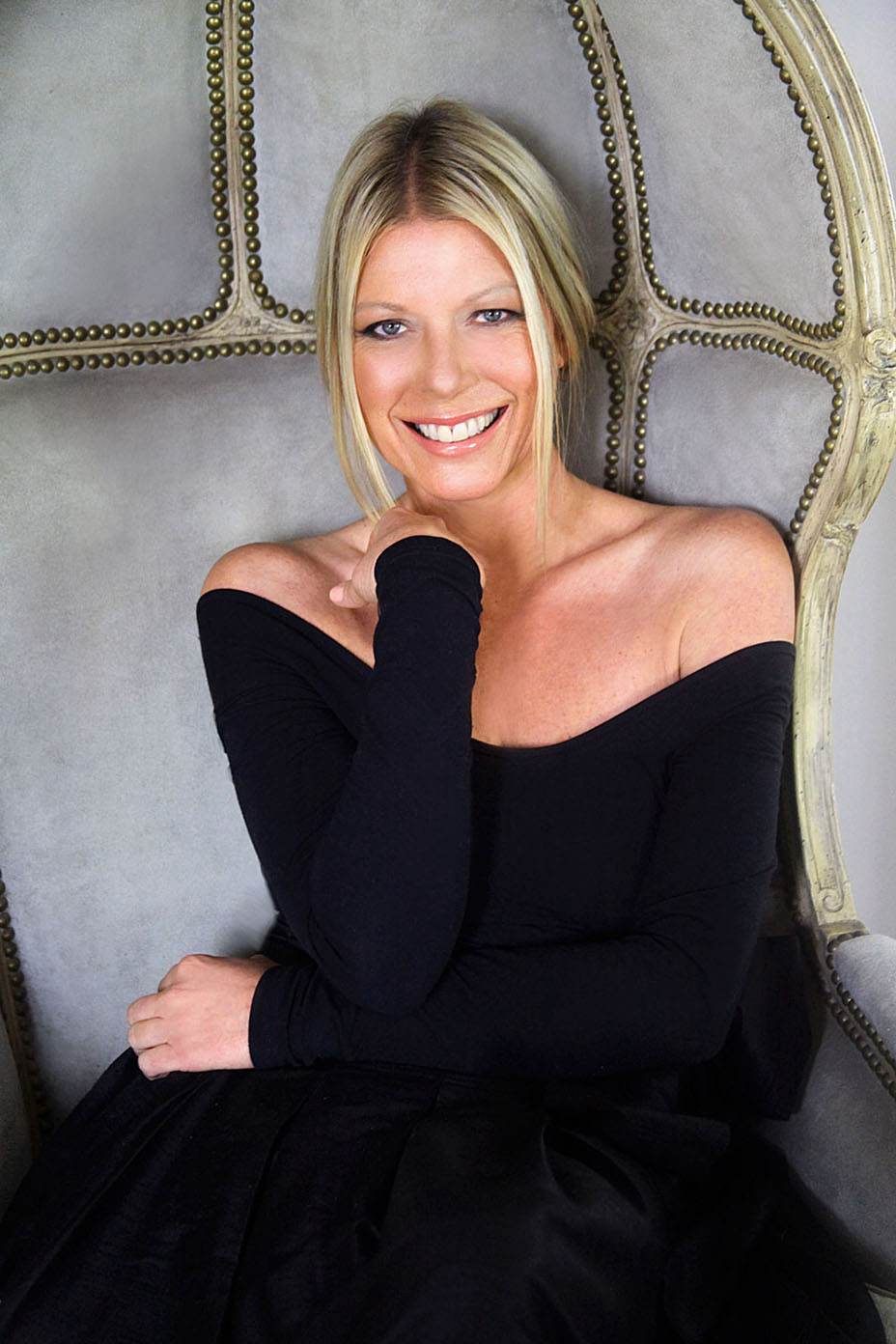 “All my struggling actor friends from that time, all of them made it,” says Tobin, who describes her design aesthetic as earthy and neutral-toned. “I was the Martha Stewart of the group. As they got money, it was, ‘Call Tobi — she can pick out a house or a dress or kitchen towels.’ I was their go-to for lifestyle.”

Her first interior decorating client was John Cusack, followed by Hank Azaria, Helen Hunt, Keanu Reeves and many more. Tobin had her own store on Sunset Plaza for years, selling everything from antique chairs to jewelry. Then, last year, she decided to pare down and focus the business on what she did best — chocolates (she picked up candymaking during a stint as a private chef), candles and fragrance.

As for being in Bloomingdale’s, Tobin couldn’t be happier, and she says that a national rollout of her collection will be happening soon.

“These malls are becoming destinations because there is something for everybody,” she says, referring to the Century City location specifically, which is in the midst of a massive renovation. “Everyone’s getting a facelift.”