Continue to The Hollywood Reporter SKIP AD
You will be redirected back to your article in seconds
Skip to main content
May 10, 2018 2:35pm

Fine jewelry designer Anna Sheffield and accessories designer Marin Hopper have teamed up on a super-luxe collection inspired by the Southwest treasures of the late Dennis Hopper.

The two creatives met through a mutual friend, and powwowed at Marin Hopper’s flagship store on the Upper East Side of Manhattan, Hayward House. “At the time, I was using vintage pieces, including clip-on earrings and brooches, and re-imagining them in my work, which gave us the idea,” says Sheffield. “Marin went in the back and got all these amazing family heirlooms that her father had collected … it was an a-ha moment.”

The two discovered they had a lot in common; Sheffield grew up on an Indian reservation in New Mexico, and Hopper spent summers with her father in Taos, where he lived on and off from the late 1960s, because synonymous with the Southwestern artists’ hamlet. They started looking at his concho belts, and thinking about how they could make them into fine jewelry, and the fine jewelry into bags, replacing any missing turquoise stones with diamonds in the settings. 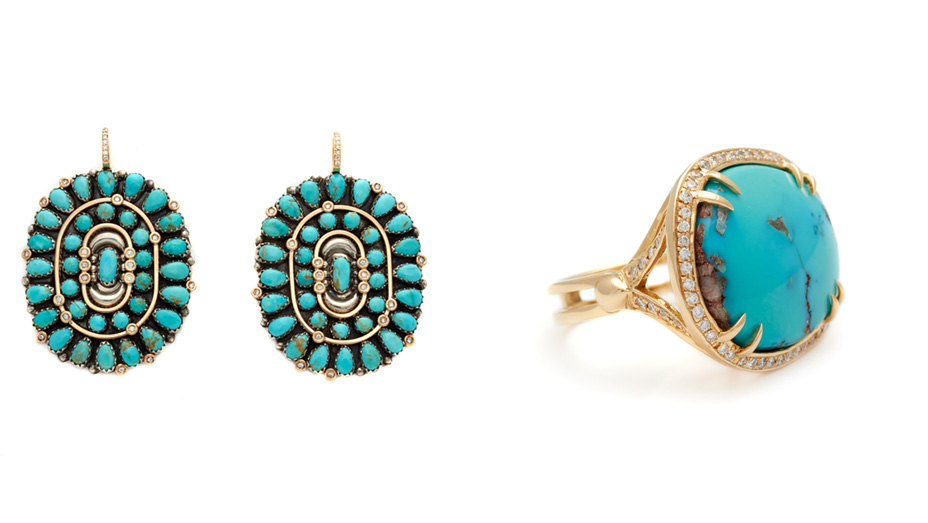 The resulting accessories are as much objets as anything else, including a clutch and top-handle bag, earrings and rings, $9,000 to $18,600. 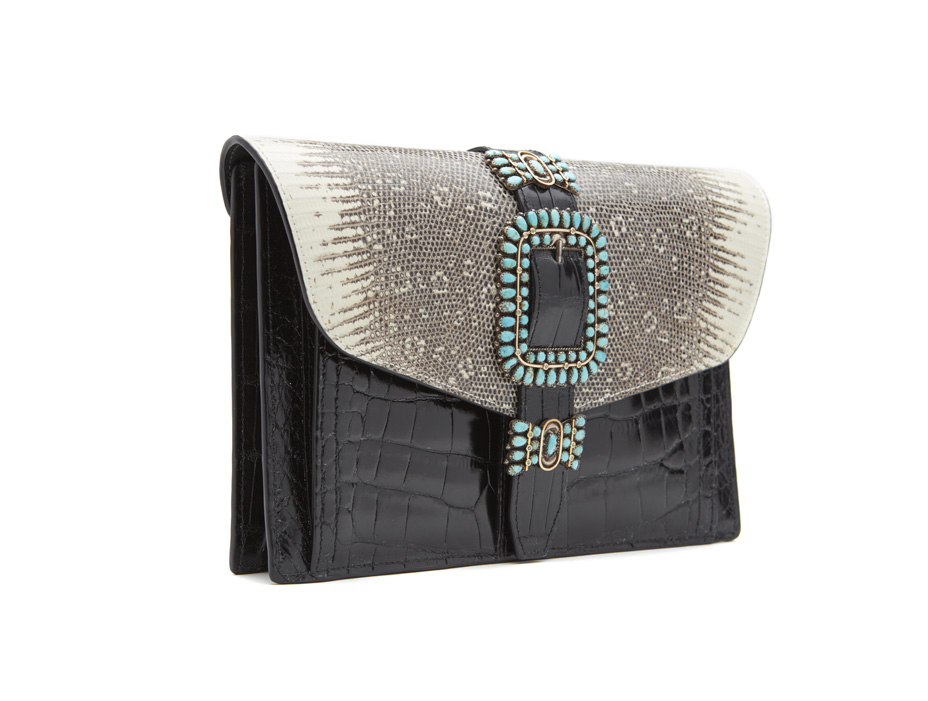 Sheffield, who is New York-based but in February opened a store on Melrose Avenue in West Hollywood, is donating 20 percent of proceeds from the Hayward Hopper collection to her Future Heritage Project, which works with the New Mexico Community Foundation to support artisans working in traditional crafts.

She says, “I hope these pieces become heirlooms from the generations of heirlooms they already were.”