It was cold outside in downtown Manhattan but inside the landmark neo-renaissance Great Hall at event space Cipriani 25, the atmosphere was decidedly warm as a well-dressed crowd drawn from the arts and the fashion world gathered for one of the city’s most beloved yearly events, the ACRIA Holiday Dinner, now in its 22nd iteration and having raised more than $10 million in support of people living with HIV and AIDS, and just this year newly aligned in a partnership with GMHC (Gay Men’s Health Crisis).

Even with its soaring columns and painted murals 65-feet overhead, it felt like the temperature of the place went up a few degrees when designer Jason Wu, one of the night’s honorees, made his way through the crowd with Diane Kruger — the actress  was clad in a velvet bathrobe-style mini with a tuxedo collar, from the just-dropped Diane Kruger X Grey Jason Wu capsule collaboration.

A Real-World 'Black Swan' in Exile

The proverbial heat went up another few notches when two of the evening’s other award presenters entered; first, designer Raf Simons, in his signature striped band pants and western boots from his debut Calvin Klein collection. Then just before dinner began, a well-tailored Calvin Klein himself appeared to hail of flashbulbs with a ponytailed Donna Karan on his arm, leading at least one observer to wonder what other event might possibly have seen these gentlemen at the same non-fashion world event. 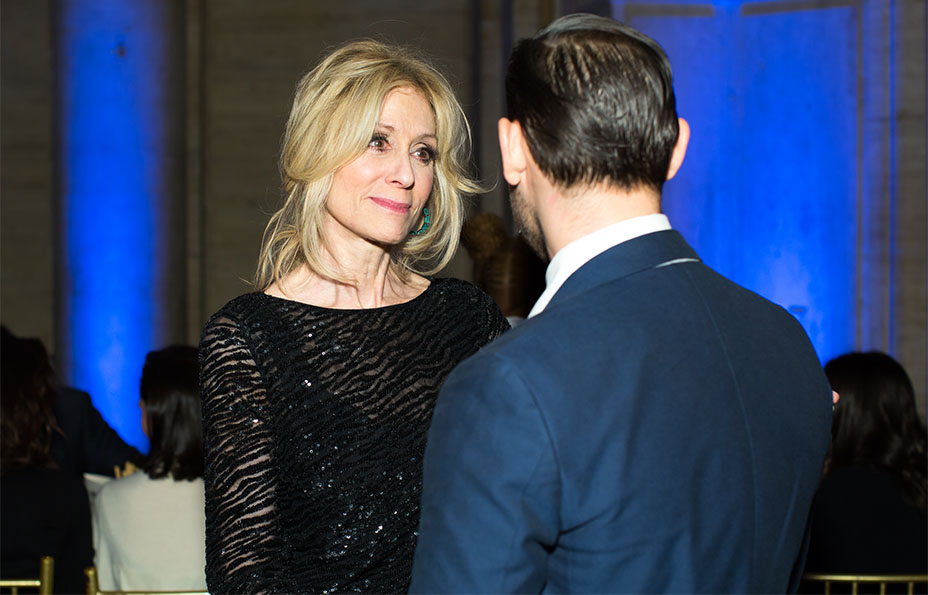 Over cocktail chatter, actress Dana Delaney, in town for a few days before heading back to L.A. for the holidays and wearing a sequined sheath, greeted gal pal and ex-GQ fashion editor Madeline Weeks, who was sporting an equally glittery and nearly transparent bodysuit she had nabbed from a shoot with a tux bolero. Architect Peter Marino parted the crowd in his customary couture motorcycle leathers, while actor Joel Grey and previous ACRIA award recipient Judith Light were also holding court in various parts of the room. Fashion photographer and longtime ACRIA board chairman Stewart Shining circled around welcoming the guests before everyone headed to long candlelit tables in the rotunda for dinner and the awards.

“He’s an inspiration to me and his whole generation,” Kruger said as she presented the first honor of the evening to Wu, the Alison Gertz Young Leadership Award. The designer accepted, humorously noting that his first encounter with the organization came when he got a friend’s invite years ago and was told, “Hot boys are always going to these parties.”

Turning serious, he said he came to find a deeper passion with the organization, where he has served on the board of directors since 2015 and co-chaired the Young Leadership Committee. He credited his time with ACRIA for, “knowledge and awareness that inspires us to be better people, to do better things and to be a little less selfish.”

Along with artist Peter McGough, Simons presented the Artists Ending AIDS Award to the art world power couple, photographer Anne Collier and alternative gallery White Columns director and artist Matthew Higgs, who he referred to as his new “family” since his recent move to New York. 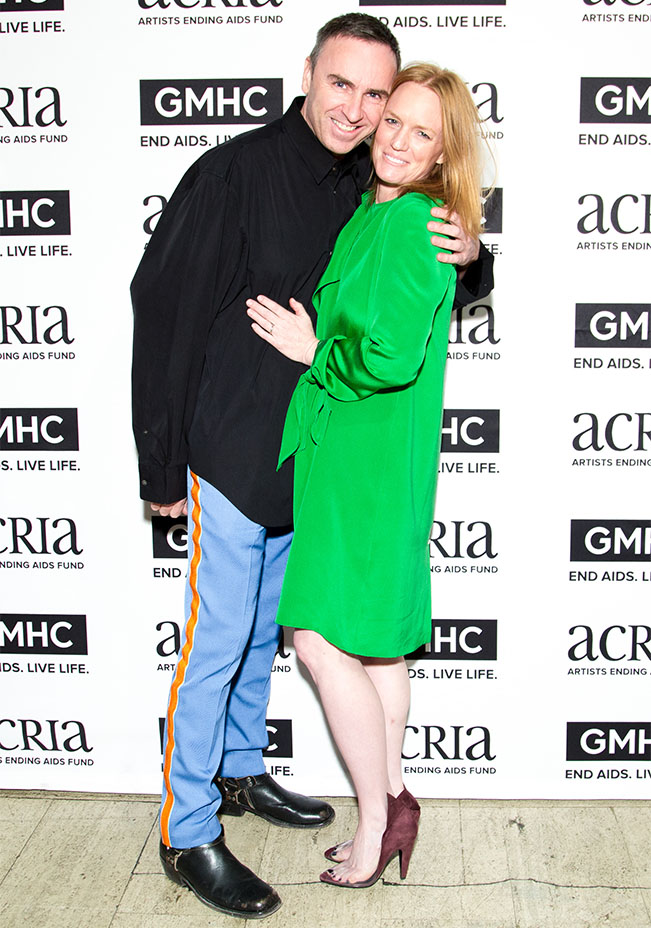 “As the current administration seeks to undermine access to even the most rudimentary health care, we celebrate ACRIA’s commitment to providing people with the resources they need to lead long and extraordinary lives,” Higgs said in accepting, while Collier lauded the group’s pioneering drug research for those living with HIV. “Many of my friends who I adore and admire, and drive me crazy on a daily basis, are in this demographic,” she added.

Then Klein took the stage to present a special Founders Award to noted artist Ross Bleckner, a friend of his for more than 30 years.

“I can tell you he’s a passionate man. Ross has a wonderful take on life. He’s wise, he’s funny as hell and extremely perceptive,” Klein said. “He cares deeply and there’s no better example of his caring than his dedication to ACRIA, an organization he co-founded 27 years ago.”

After a standing ovation, Bleckner said he knew that people would look back on that time and ask, “Where were you then? What did you do to try to make things better?”

“Since we started this dinner 22 years ago, when it was just a few people in a restaurant somewhere in Chelsea, that did make things better,” he said. “You did it by showing up here year after year, because you understood there is no true culture without empathy.”