“I feel like I’m standing here in my underwear,” artist Ashley Longshore said Thursday evening as the crowd surged around her at the opening of her portrait exhibit curated by Diane von Furstenberg in honor of Women’s History Month. “But, I’m going to be honest with you, I like it.”

The New Orleans-based artist was referring to the designer’s insistence that she approach the renderings of notable women in a “stripped down” mode, without the characteristic sparkly glitter and resin coatings of her previous large-scale paintings of pop culture. 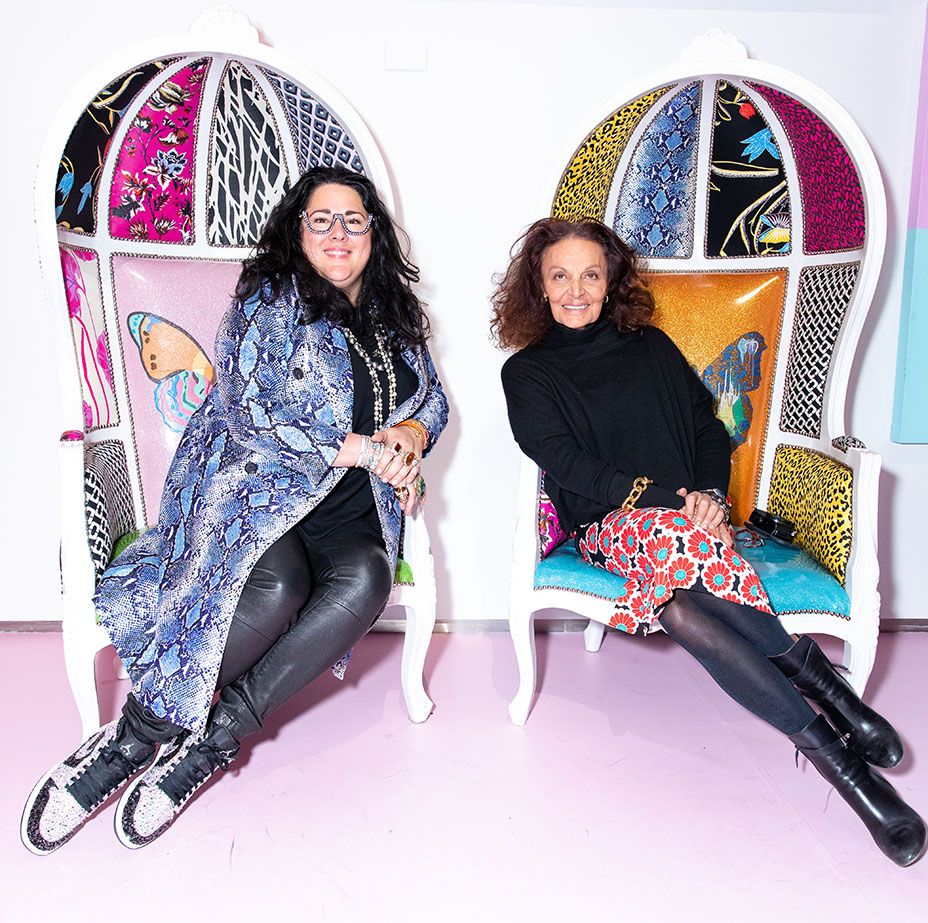 “She’s right! When you trust a woman like that, she’s not going to lead me in the wrong direction,” Longshore said of von Furstenberg. “They are good enough without the bedazzle and glitter. And I’ve bedazzled everything else,” she laughed, with a gesture that took in everything from her rhinestone-framed glasses to her shimmery Air Force One high-tops. “I’m even wearing a bedazzled thong right now.”

Von Furstenberg explained that the project came together quickly, starting when the two first met in December at Claridge’s Hotel in London.

“Ashley is so full of life and we thought it would be fun to do something together,” said von Furstenberg. “Then I thought it would be great if we could do it for International Women’s Day and so I gave her the list of 37 women that I respect and admire and she made it happen.”

Sound UP: fearless women inspire greatness….. we see our potential in all of them!! Believe in yourself and love yourself and you can face the world!!!!!!!!!!!!! I am so inspired by all of these women and thank you to @therealdvf for the opportunity to paint these ladies!!! I am sooooo INSPIRED!!!! #incharge #ashleylongshore #popart

Often incorporating the designer’s signature textile prints in the background, the portraits include Michelle Obama, Jackie Kennedy, Oprah Winfrey, Ruth Bader Ginsberg and Gloria Steinem, as well as notables from the sciences and arts and letters like Marie Curie, Jane Goodall, Frida Kahlo and Maya Angelou. Not to mention a number of Hollywood stars: A ginormous Elizabeth Taylor portrayed with a large floral headdress and eye-popping emeralds, Barbra Streisand in her inky ‘60s eyeliner, and actress Hedy Lamarr — noted not only for her beauty, but her wartime experiments that eventually led to modern-day WiFi.

“Let’s start with Elizabeth Taylor. What a dynamic, fierce, unbelievable woman,” Longshore said. “I painted Cleopatra, the actual Cleopatra, who spoke five languages, by the way, but when I painted Elizabeth Taylor, my God! She was the highest-paid actress in Hollywood. She fought for what she wanted.”

In a coral-walled gallery adjoining von Furstenberg’s downtown New York flagship, the large-scale paintings (priced from $7,000 to $46,000) will be on display until May. In honor of International Women’s Day, the brand is offering 20 percent off all full-priced styles on their website today with the code “INCHARGE.”

It’s a busy time for the designer, with her 10th annual DVF Awards slated for April 11. The honors include a People’s Voice Award and the public is invited to vote on the nominees at DVF.com until March 24 when the winner will be selected.

As the party swirled, with DJ Mia Moretti pumping out the tunes and fashion world guests such as artist-actress Anh Duong, model Martha Hunt, Dee Hilfiger and The Blonds co-designers Philippe and David Blond took in the scene, Longshore complimented von Furstenberg on the exhibit spanning the generations and not just hewing to the typical notions of youth and beauty.  “Woman power!” she echoed, disappearing into the crowd.

“I think I am going to buy this one for myself,” von Furstenberg said, pointing to an imposing portrait of Wonder Woman (as portrayed by actress Linda Carter.) “I think there’s a Wonder Woman in each one of us.” 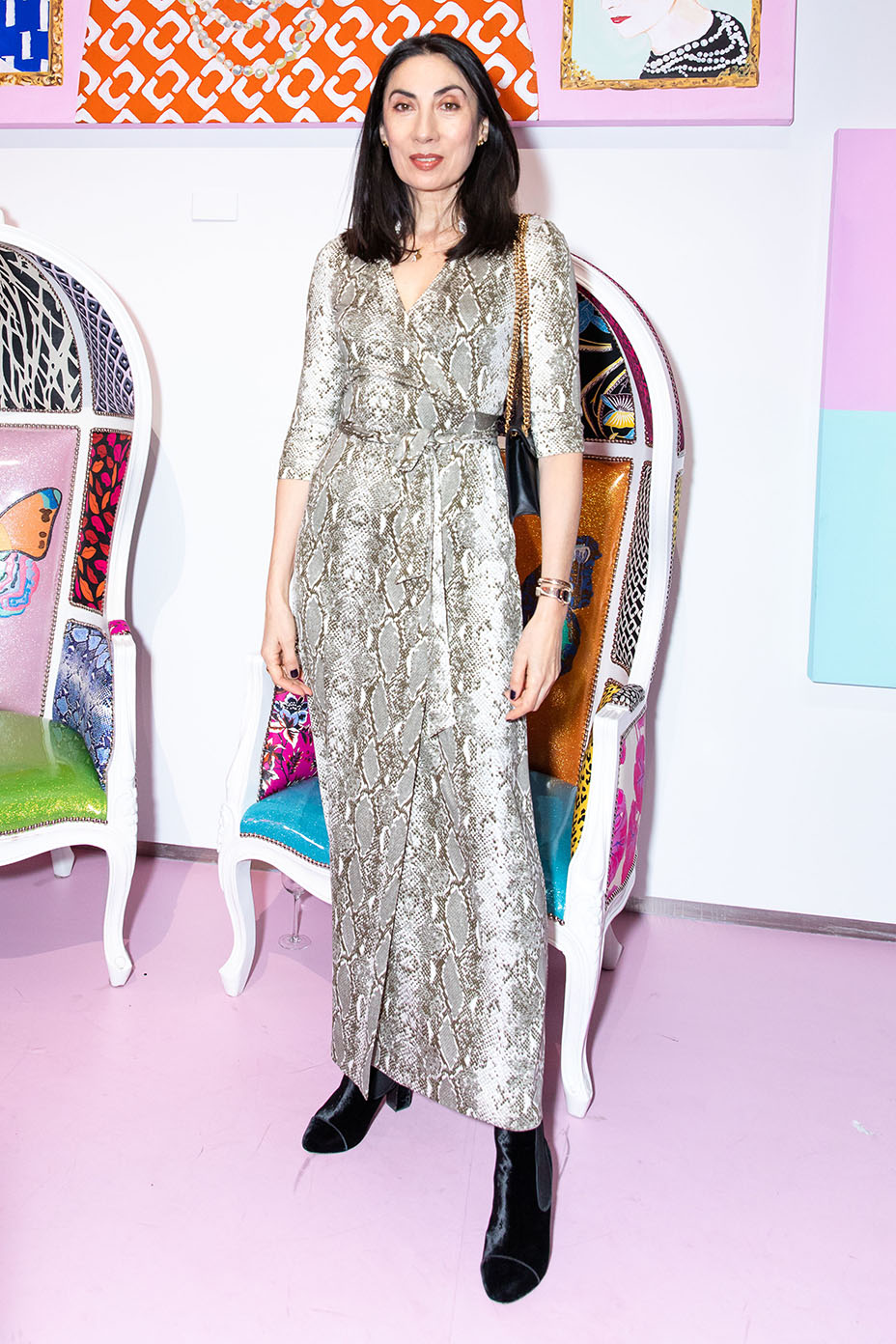