“It’s kind of like a bohemian camp or small festival,” mused creative and image director for Dior Makeup Peter Philips, who initially worried that the models’ makeup would melt in the SoCal heat. “I thought oh, my god, but we did makeup in a tent about five minutes away from the show and warned the girls to stay out of the sun.”

Philips wanted “a sun-kissed feeling without being tanned” for the models. That meant no bronzer or powder. He prepped their skin with Diorskin Forever & Ever Wear Primer with SPF 20 before applying minimal foundation and concealer. The hero product was Rouge Dior lipstick in “Ready” shade No. 642, which Philips used to warm up the models’ cheeks (“not on the apples or shaded, but placed way down to look like a natural flush after running”), nose bridge and eyelids. A swipe of brick-hued shadow was also used on the eyes at the root of the lashes. “We wanted to stick to the Maria Grazia pale girl look, but with a touch of time spent outdoors,” Philips told THR.

Bare lips were treated with Dior Lip Sugar Scrub and a swipe of Lip Glow balm. “It’s really about the lighting and the sunset tonight — I’ve done many shoots waiting and waiting all day just for an hour and half of evening light because it’s so fantastic.” 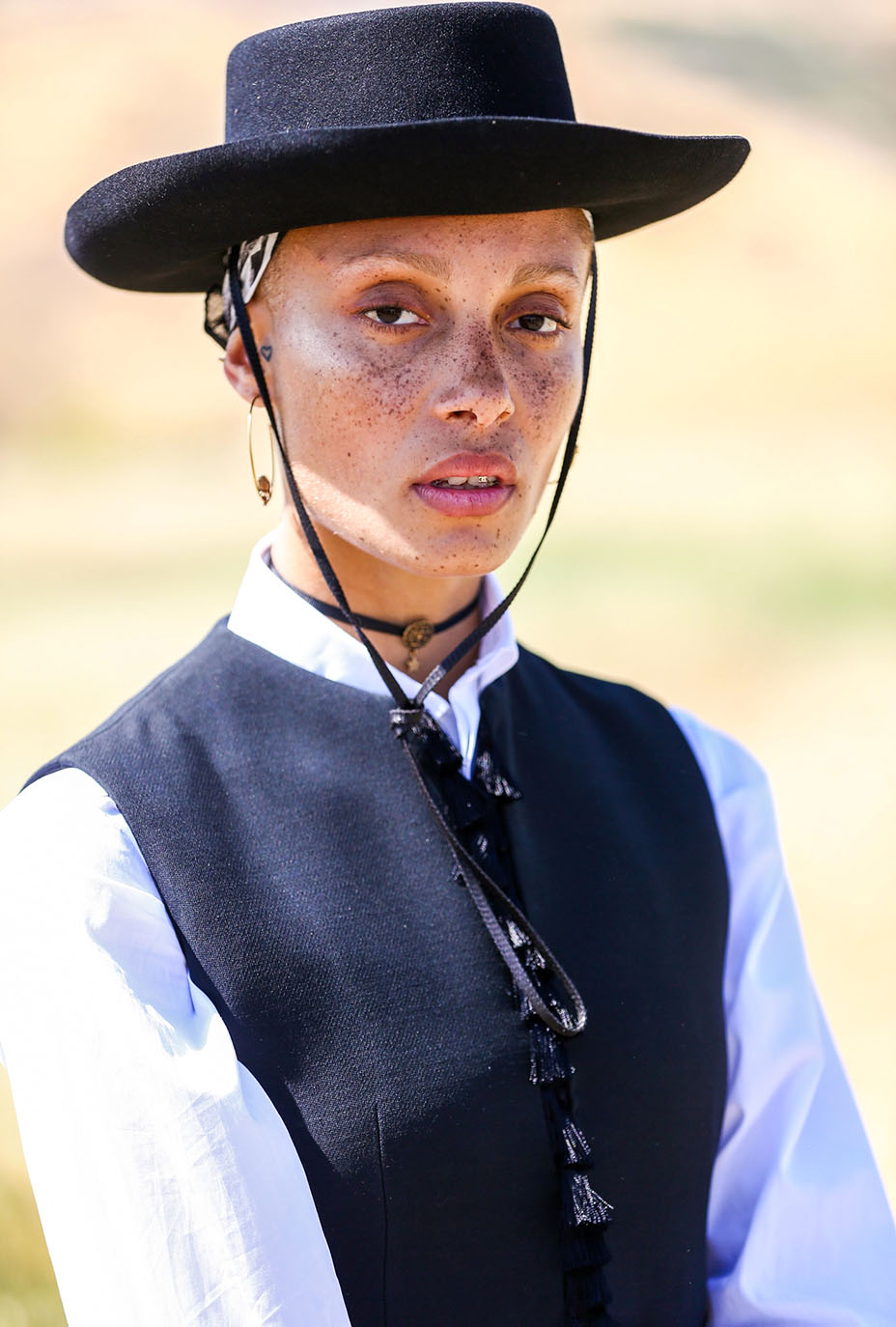