Stars on the red carpet make it look effortless, but there are hours and hours of labor that go into making those drop-dead gowns and accessories. Take for instance the Christian Dior haute couture gown that Game of Thrones star Emilia Clarke wore on the red carpet in Cannes this year to the premiere of Solo: A Star Wars Story. Last weekend, the fashion house pulled back the curtain on the process it takes to make that exquisite creation and others.

The fabled house at 30 Avenue Montaigne in Paris opened its doors for three days along with other LVMH-owned brands as a part of Les Journées Particulières event, which was founded in 2011 by Antoine Arnault — the Berluti CEO, Loro Piano chairman and newly appointed head of LVMH Communications who is also the son of LVMH chairman and CEO Bernard Arnault. 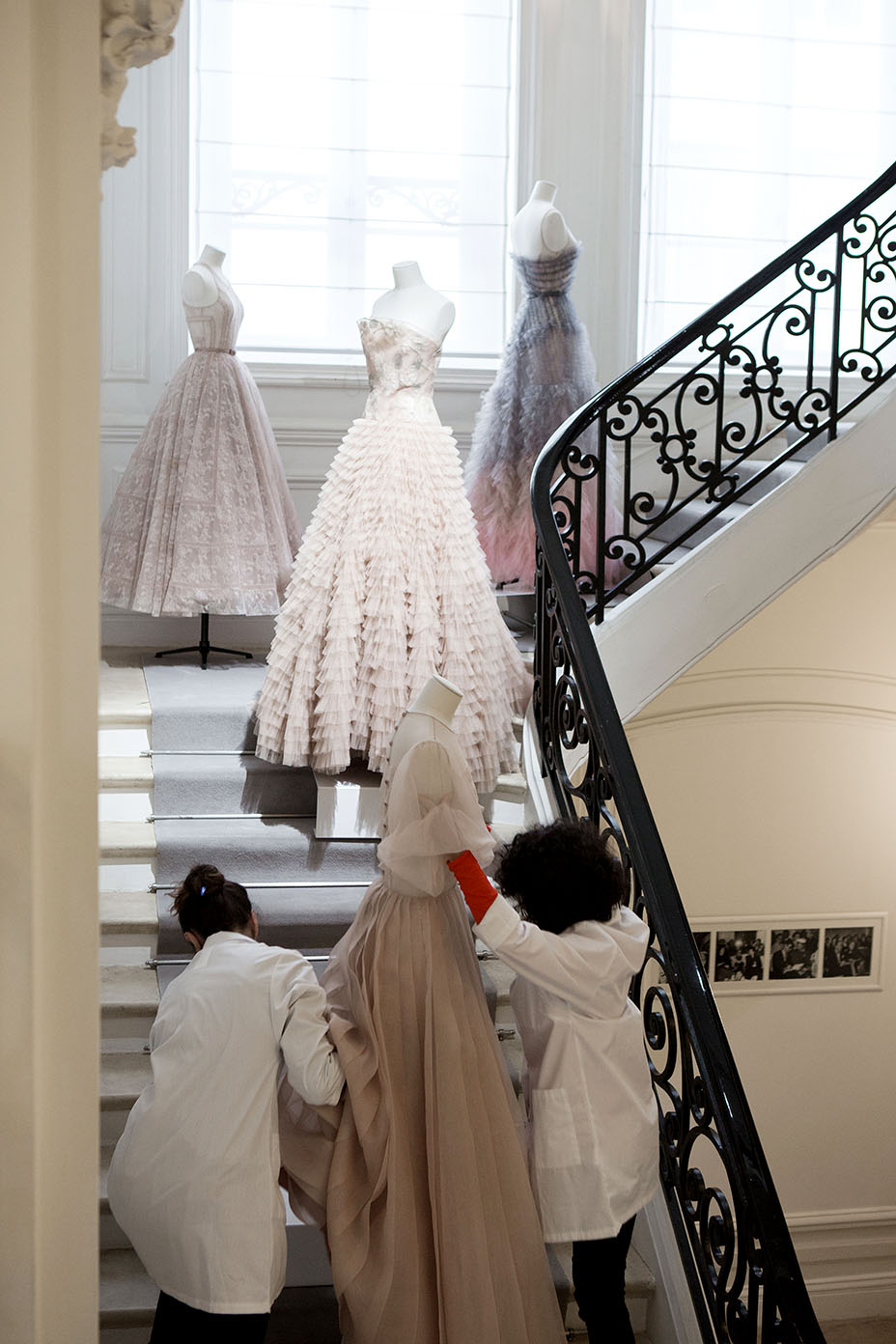 Now in its fourth year, the global initiative opened doors on four continents at 56 LVMH luxury brands in 76 different locations. Said the younger Arnault of the event, “Les Journées Particulières was designed to embody our houses hospitality and energy; our aim is to share our diverse heritage.”

A private cocktail for VIPs guests and select members of the press was held at Dior’s atelier Friday night where artisans were on hand demonstrating their craft. Curious fans and customers looked on as the craftsmen and women from haute couture, ready-to-wear, high jewelry and watches, shoes, bags, and even kids and fragrance created new pieces and explained the secret techniques that go into each and every pleat, feather, embroidery and stitch.

A series of muslins were on display showing the very first steps of those labor-intensive haute couture gowns. The dress Clarke donned in Cannes, which was custom-designed by Dior designer Maria Grazia Chiuri, took 250 hours to make using three shades of layered tulle. It’s not uncommon for couture dresses to take close to 1,000 hours of work by up to eight artisans. 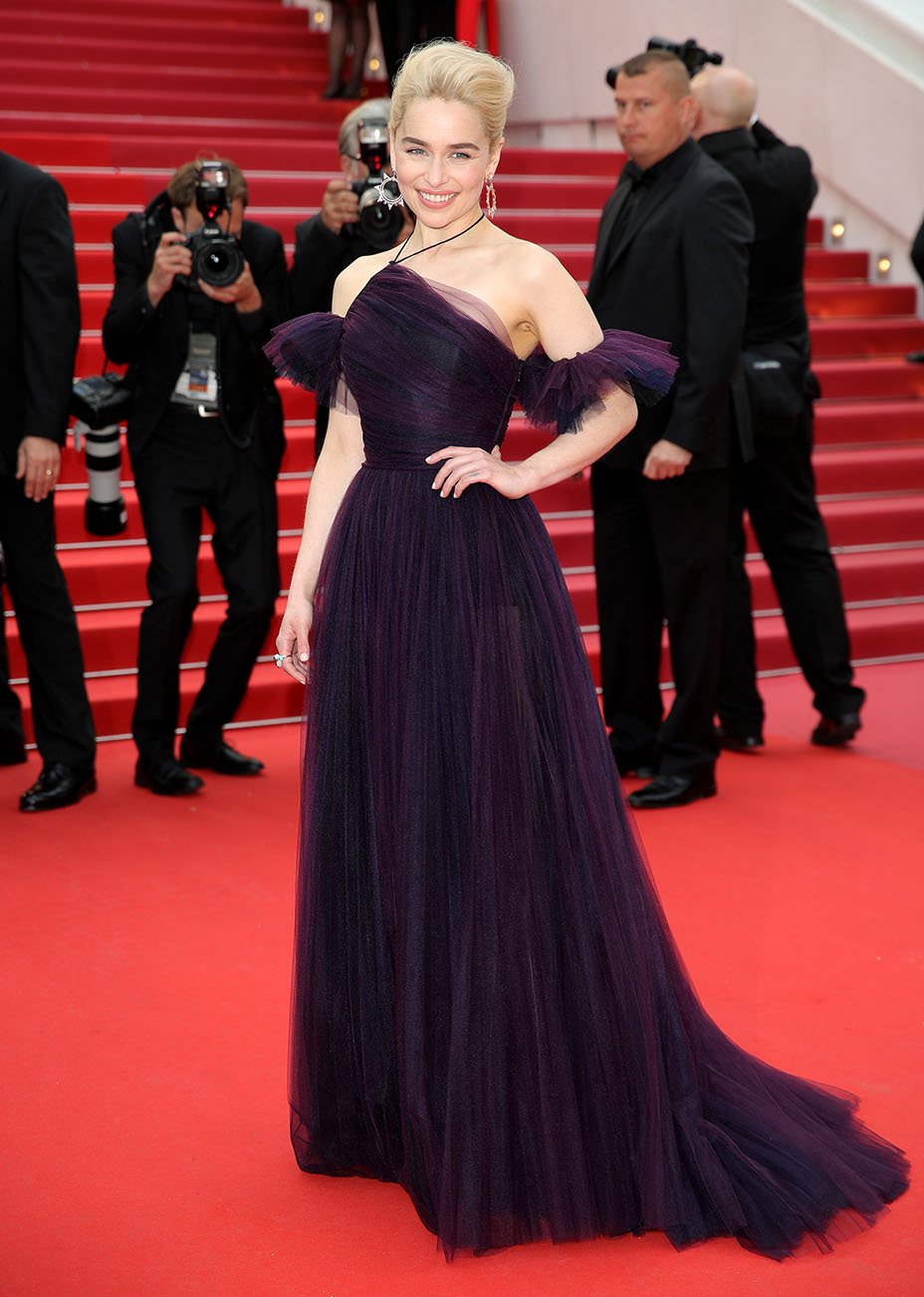 Also on display were a series of miniaturize gowns made by the houses’ founder as well as former and current artistic directors, John Galliano, Raf Simons and Maria Grazia Chiuri respectively, the first female in that role.

Craftsmen from the Venice-based shoe atelier were hand-cutting leathers that make up the popular slingback-J’Adior pump style, noting that it takes three and a half hours to make each pair of shoes, while onlookers watched as a Lady Dior handbag (named after Diana, Princess of Wales) in dissected form was glued, stitched and molded around an interlocking wooden bag form. 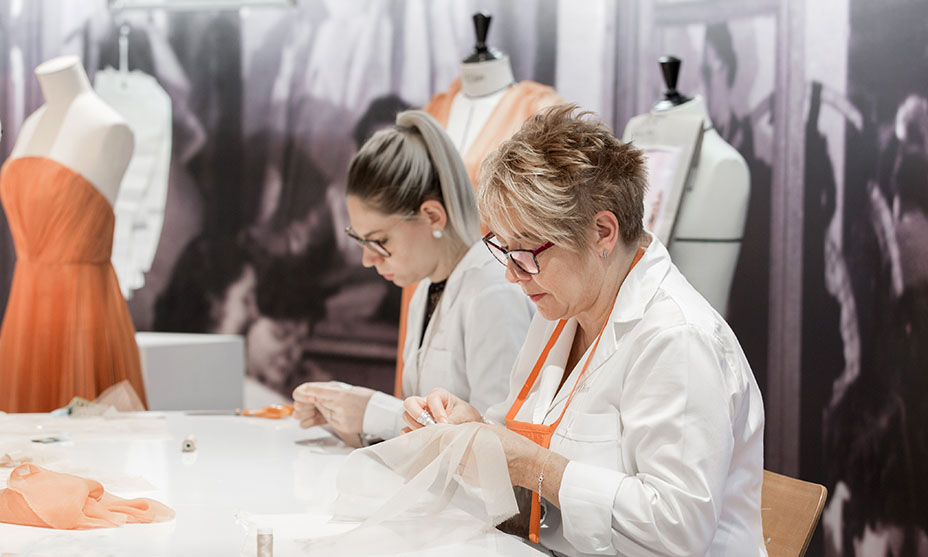 Watchmakers were on hand painstakingly inlaying feathers for the Dior Grand Ball watch-style (that’s right, the watch has actual tiny feathers in the face).

The three-day weekend had some guests at Dior and other ateliers waiting as long as four hours to catch a behind-the-scenes glimpse, and LVMH welcomed a total of 180,000 people to the various maisons around the world, all a bit wiser to what it takes to create luxury.