Maybe the rain left the blue carpet at the Indie Spirit Awards damp, maybe it was the laid-back vibe on the west side or maybe film director Matty Brown simply wanted to make a style statement.

Whatever the case, Brown seems to have lost his footwear somewhere along his trek down the carpet at the awards show in Santa Monica this afternoon. He showed off an extra pair of blue-and-red socks adorned with birds and sailboats. 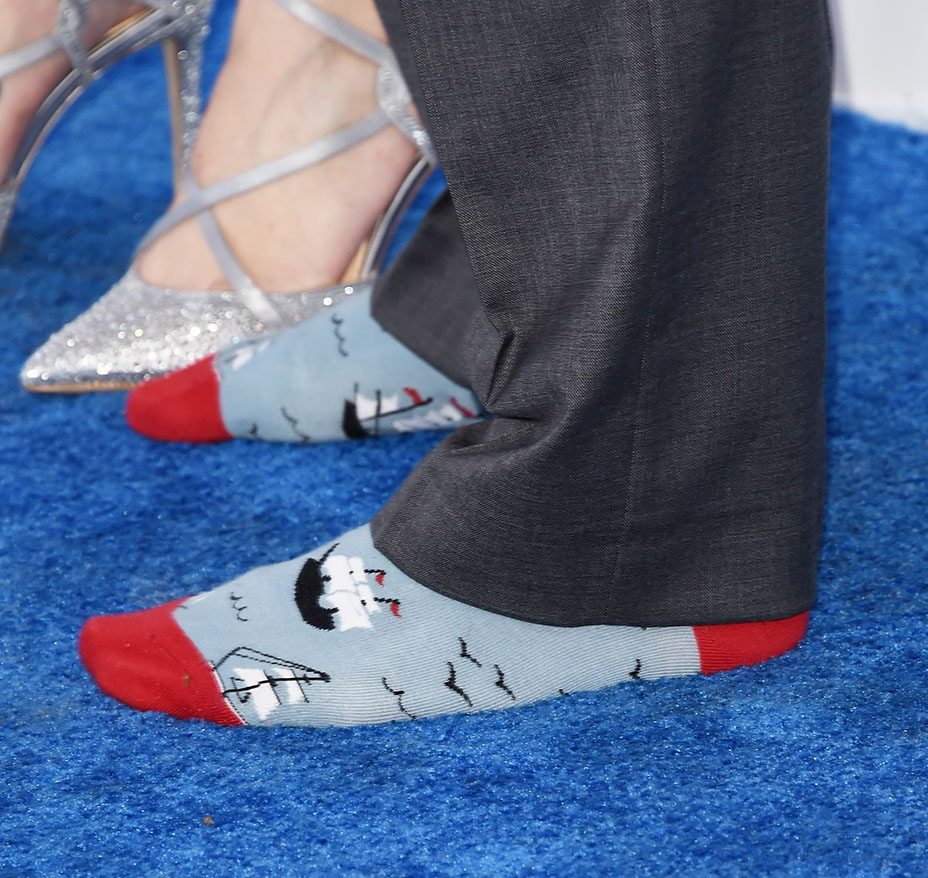 Brown also ditched his shoes while in West Hollywood for the Indie Spirit Awards nominees brunch at BOA Steakhouse in January — he received the 2018 Seattle Story Award Spirit Awards filmmaker grant, and his short will be shown during today’s broadcast — noting on Instagram that he tossed his footwear aside because “I thought the blue carpet would match my turkey socks.”

Could this be the beginning of a new blue carpet tradition? Honestly, we’re not opposed.

I won an Independent Spirit Award! Thank you @filmindependent! My first time on a real red carpet and it was blue ! I am over the moon and utterly grateful to everyone who believed in me enough to nominate me! The place was packed so full of the most talented and creative minds! I’ve never seen more movie stars, directors, and producers in my life! I’m inspired and excited beyond belief for 2018! It’s about time I start moving toward my big dreams and I’m so grateful for this honor and the amount of open arms you’ve all given me! (@meleslyn @judogambler @ackd @thelynnshelton @votiv) thank you for surrounding me with support and love! It means the world to me! (And yes, I don’t have any shoes on in the photo because I thought the blue carpet would match my turkey socks so I threw them aside haha! #spiritawards #filmindependent #redcarpet #losangeles #independentspiritawards