When it comes to prepping for an action movie, Hollywood trainer Jason Walsh is the man studios have on speed dial. Walsh has worked with everyone from John Krasinski for 13 Hours: The Secret Soldiers of Benghazi and Emily Blunt for Edge of Tomorrow, to Jessica Biel for Total Recall, Allison Brie for GLOW, Anne Hathaway for The Dark Knight, Rosie Huntington-Whitely for Transformers and Bradley Cooper for American Sniper. “When it comes to character building for an action movie, the process starts here in the gym,” Walsh says. 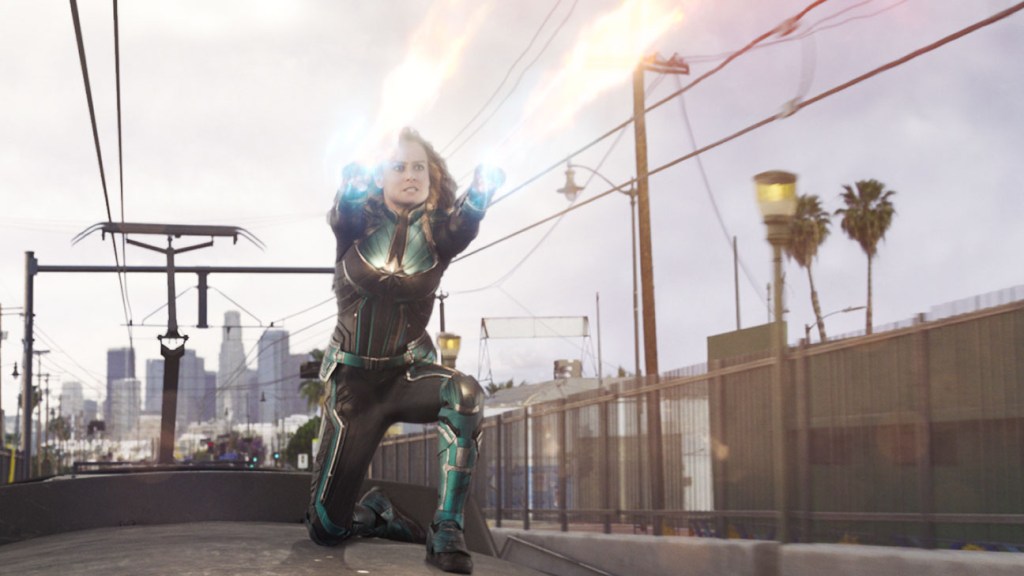 Most recently Walsh has been making headlines for his work with Brie Larson for Marvel’s first female-hero-centered action film, Captain Marvel. And now the A-list trainer has collaborated with Disney and Playbook App to share a free two-week training program based on how Larson got ready for the role. The series of six 45-minute routines, which can be played on a smartphone or tablet, include a foam-rolling series and a circuit of exercises with resistance bands, hip thrusts, deadlifts, lunges, core work and stretches that Walsh says made up the foundation of her training. 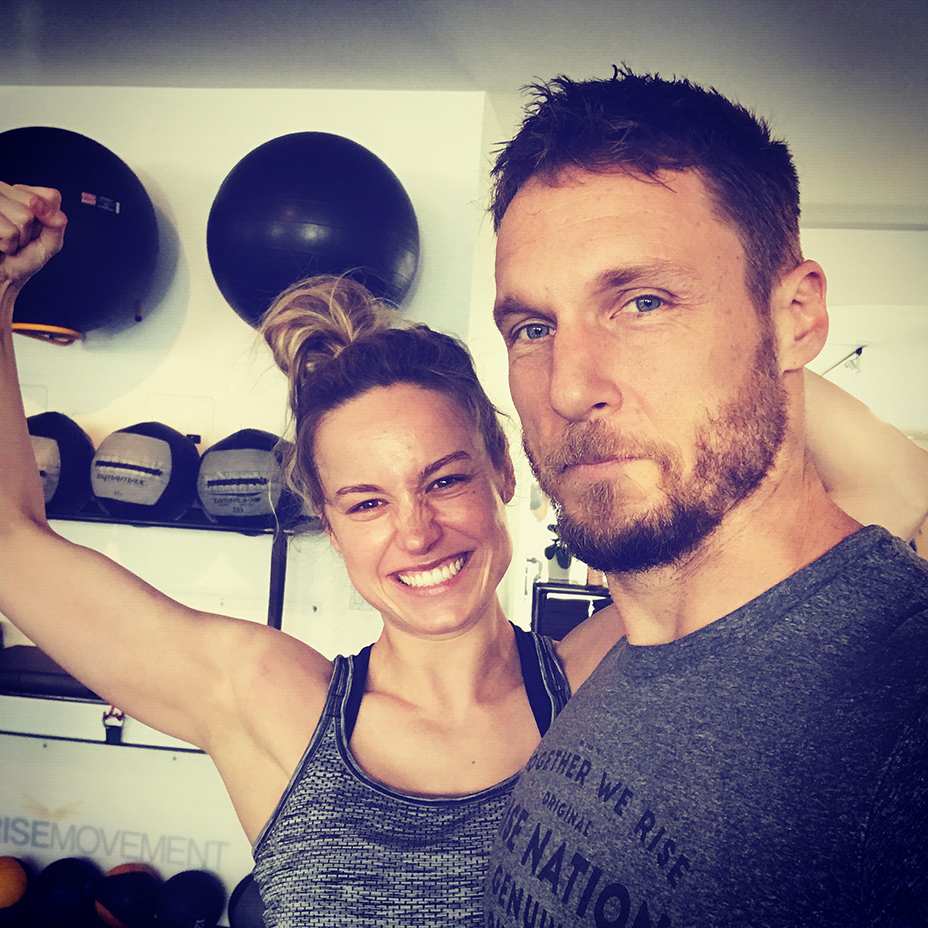 To prepare for her portrayal of Carol Danvers, aka Captain Marvel, Larson worked with Walsh at his West Hollywood gym for nine months, sometimes for up to four and a half hours a day. “I started working with Brie three months before The Avengers, where they were just introducing the character and she didn’t have any action sequences so we began by focusing on the foundational stuff and eliminated any ailments that would hold her back,” Walsh told The Hollywood Reporter. “Then we spent another six months working on Captain Marvel and the heavy duty strength training.” It was no easy feat for the actress, who Walsh says went from not being able to do an unassisted pull-up to hip thrusting 275 lbs. “I sobbed in the gym many times,” Larson said at a recent press junket in L.A. “I knew I was doing an action movie and I was going to have to do stunts, and I wanted to be as prepared as possible so I wasn’t fatigued or hurting and was as resilient as I could possibly be”

While viral videos emerged showing Larson pushing Walsh’s 5,000-pound Jeep down the street and cranking out push-ups with two 25-pound chains wrapped around her waist, fans won’t be seeing any of that on the app’s Captain Marvel workout. “That stuff is just a little bit of fun,” Walsh says. “We don’t do burpees or flip tires in the gym. That was not part of the everyday workout; it was something fun to do when she’d peaked in her training.”

Ultimately, however, becoming a superhero is just as much about the mind as the body says Walsh. “Although the primary focus might be about looking good, it’s the feeling of confidence you get when you know the body can do what the mind wants it to that makes you feel like a superhero. The aesthetics are almost secondary.”  Larson agrees, “I started to fall in love with training and the way my body was changing and transforming. It was the first time I felt like I was making my body work for me.”

The Best Black Friday and Cyber Monday Deals at Target, From Tech to Toys and More