Stefano Gabbana is no stranger to controversy.

The Italian designer has made headlines in the past for his public feuds and controversial comments, but Selena Gomez is now at the forefront of his online attacks.

On Tuesday, The Catwalk Italia posted a collage of five red dresses worn by Gomez on Instagram. Although the caption encouraged fans to choose their favorite outfit worn by the pop star, Gabbana had different ideas.

“È proprio brutta!!!” he commented on the photo, which roughly translates to “She’s really ugly!” To make matters worse, Gabbana also responded to a user’s comment, agreeing that Gomez “looks like a Pomeranian dog” and seemed to find the insult really funny. 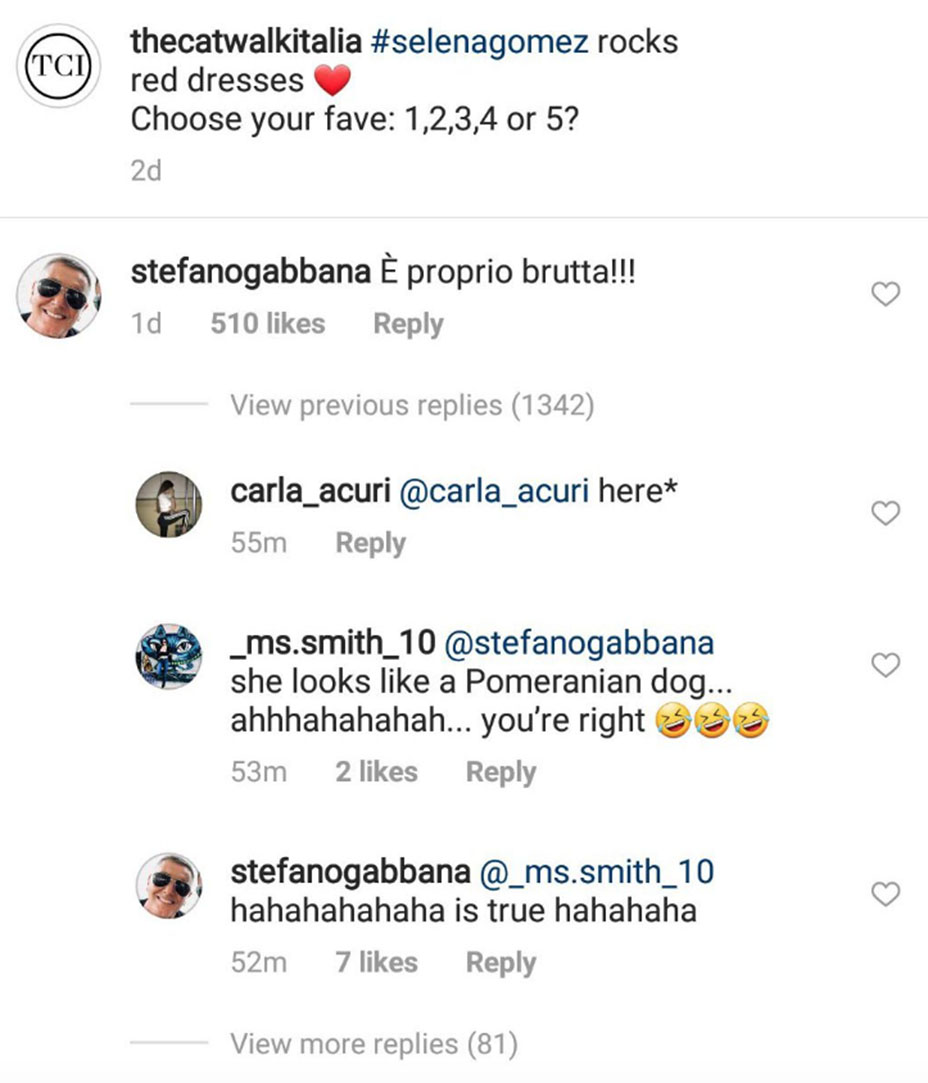 Needless to say, Selenators were not happy with Gabbana’s comments and were quick to defend the performer, calling Gabbana’s behavior “disgusting” and “disrespectful” and shamed him for online bullying.

This isn’t the first time Gabanna has left rude comments on The Catwalk Italia’s Instagram. Most recently, he came under fire for commenting on a photo of Kate Moss wearing a black Saint Laurent romper, simply writing, ‘No.’

In the past, Gabanna has feuded with pop star Miley Cyrus and her brother Braison after Cyrus publicly announced she did not agree with his company’s politics. A few months prior, Gabbana received backlash for defending his brand after dressing first lady Melania Trump in one of his designs. He stands apart from a list of notable designers, including Tom Ford, Zac Posen and Christian Siriano, who have refused to dress Trump.

In 2015, Gabanna and his design partner, Domenico Dolce — both of whom are openly gay — landed themselves in hot water after stating that in vitro pregnancies were “chemical offsprings and rented uterus” and referring to children born through IVF as “synthetic.” Their insensitive remarks led stars like Elton John and Ryan Murphy to call for a boycott of the Italian fashion brand, and the duo apologized shortly after.