Donald Glover fans are getting more content from the singer, filmmaker and designer. The multihyphenate dropped a footwear collection with Adidas on Thursday, one week after debuting his highly anticipated film with Rihanna, Guava Island, at Coachella and performing his headlining set last Friday as his music alter-ego Childish Gambino.

Glover released three reimagined styles of Adidas shoes — the Nizza ($80), Continental 80 ($100) and Lacombe ($90) — in tone-on-tone canvas for a worn-in look, due out April 26. The designs are part of his partnership as brand co-creator with the German house, which was announced in September.

“Rich is a concept,” Glover said in a statement. “With this project, I wanted to encourage people to think about how their stories can be told on their feet. Value isn’t quantified by what you wear, rather the experiences from them. And you make the decision on what works for you, you live through your own lens. The partnership for me is about being able to exemplify what doing your own thing truly looks and feels like.” 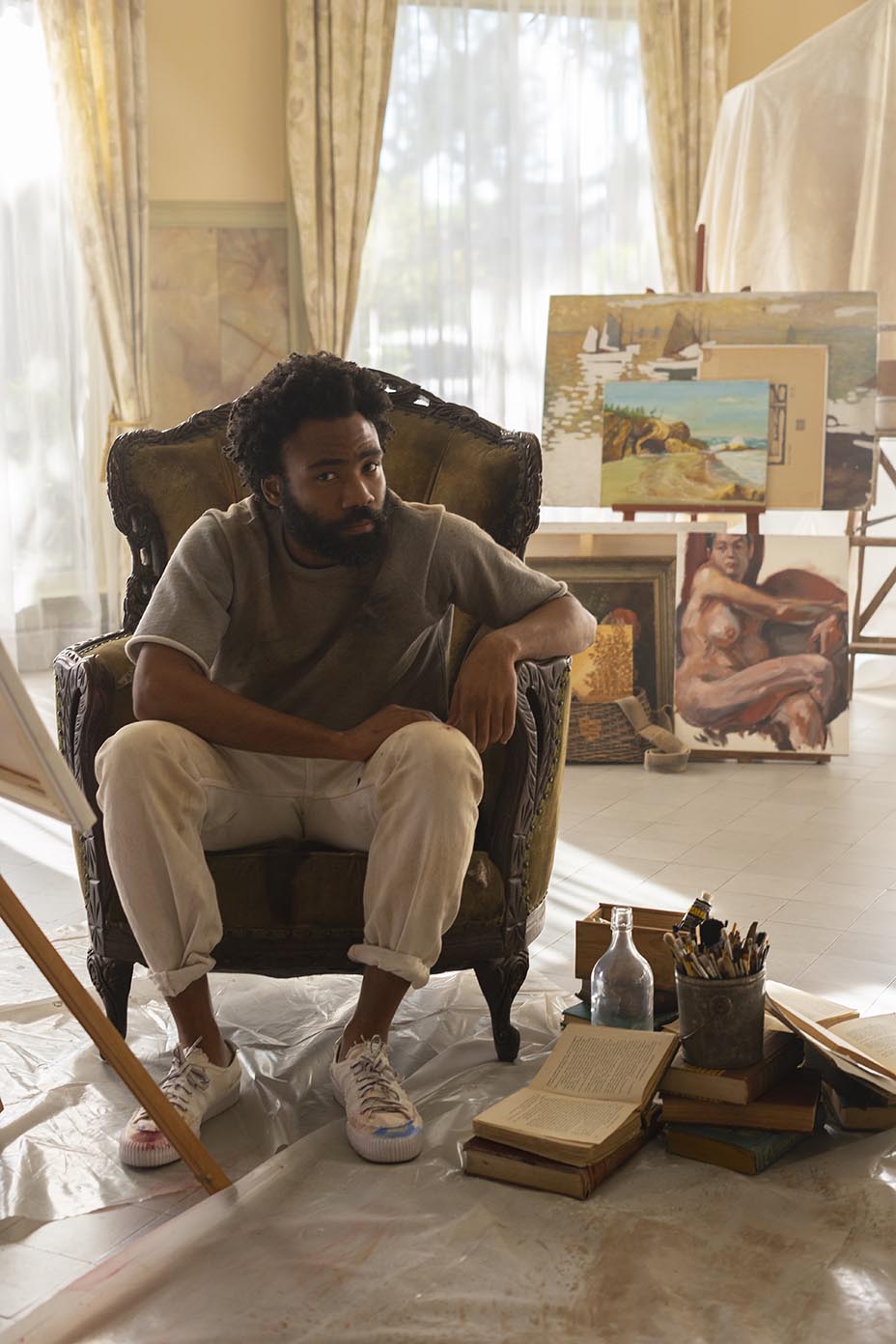 Their collaboration, called Donald Glover Presents, also includes a new series of short films, starring Glover and actress Mo’Nique. The films are created by Glover and independent creative agency Royalty (the same collective behind Glover’s “This is America,” Guava Island and Atlanta) and produced by Mamag Studios. 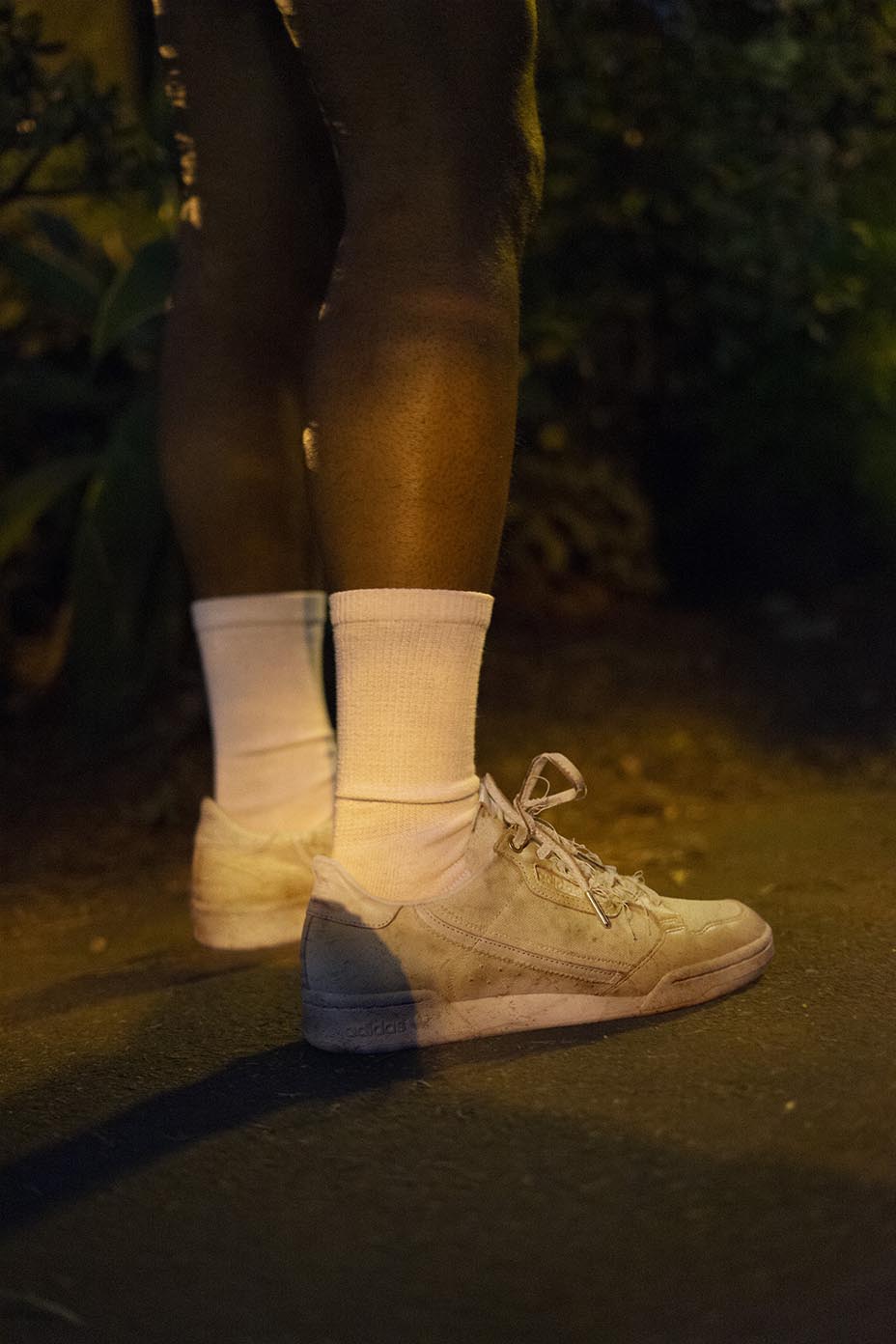 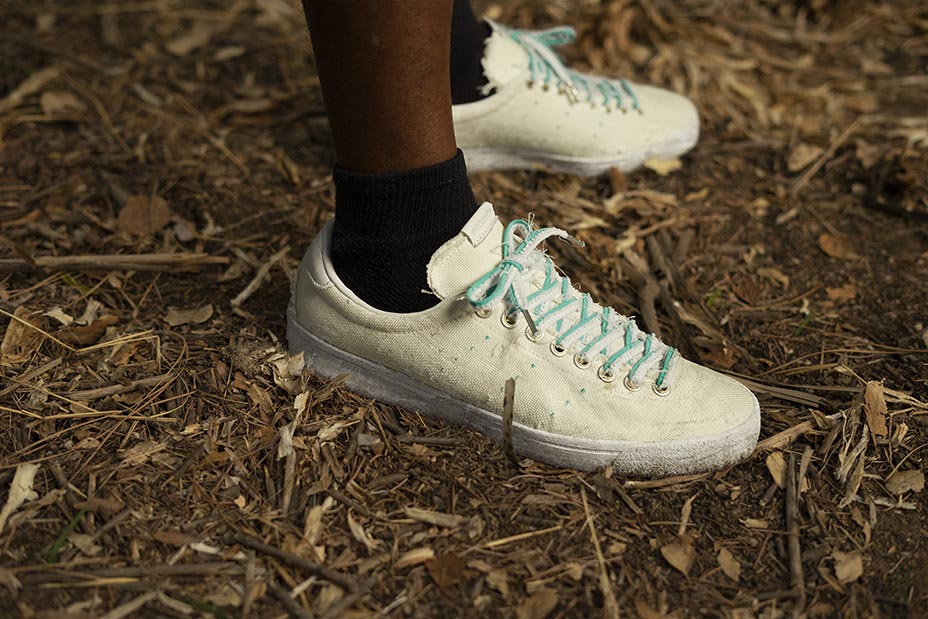 Glover’s creative vision for the shoes focuses on a distressed look: uneven stitching, stripes that look hand-painted, shoelaces that will fringe with time and unsewn canvas edges that are intended to fray. A moth, which is part of the branding of their collab, appears on the heel bumpers and insoles of the shoes, which arrive in an inside-out Adidas shoebox.

“As a visionary, we admire Glover’s capability to surpass ‘genres’ and uniquely tell a story,” Adidas Originals senior design director Chris Law said in a statement. “From a design perspective, we drove the aesthetic of this collection based on Adidas’ rich history in classic sneakers and Glover’s philosophy of understated points of interest and appreciation for how shoes evolve with wear, expressing more personality over time.”

While Glover is busy preparing for his Weekend 2 headlining performance at Coachella this Friday, Adidas is also working on a footwear collaboration with Beyonce, announced in April. She will team to relaunch her Ivy Park athleisure line as a Creative Design Partner.