The mini dessert, which is being auctioned at Culver City-based Julien’s Auctions, is described as a chocolate truffle cake with a white rose frosting that was given to guests as a wedding favor. It comes in a white paper box monogrammed with “M D T.” 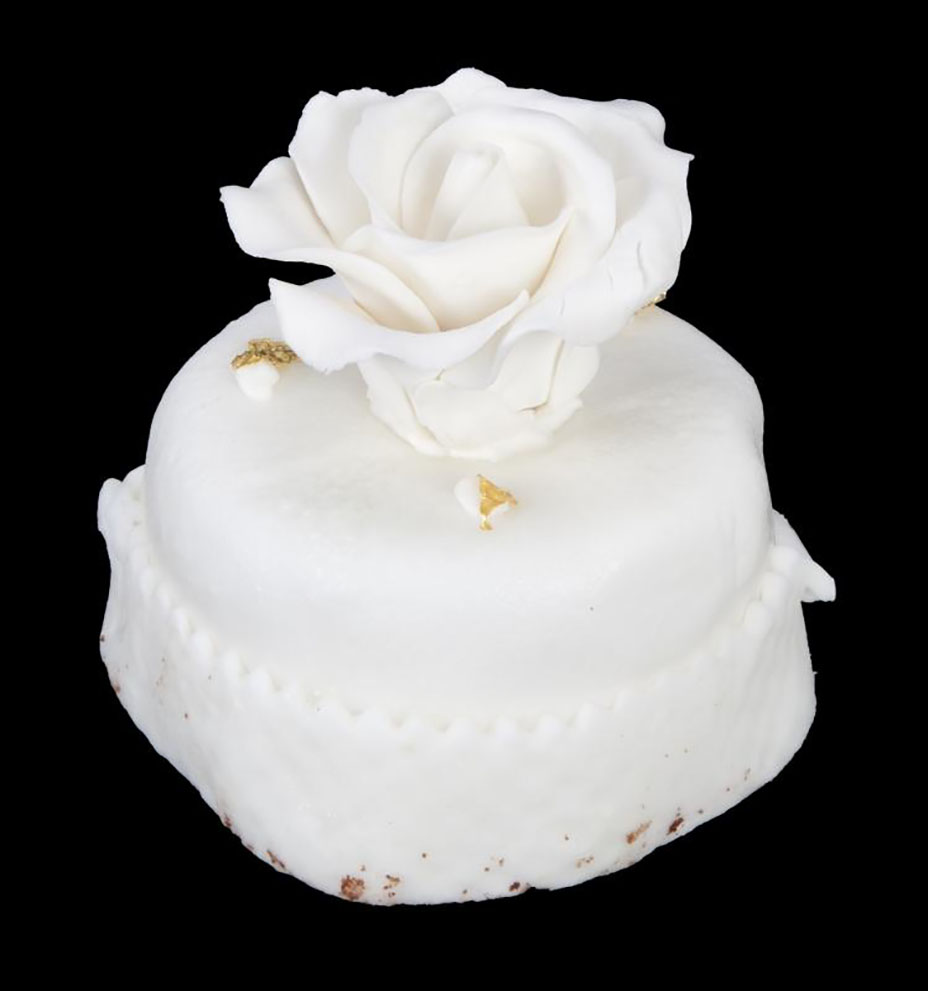 Meanwhile, the actual wedding cake, which featured seven tiers and weighed more than 200 pounds, was made with a classic yellow sponge cake flavored with orange zest, filled with butter­cream and soaked in Grand Marnier. It featured 2,000 individually constructed flowers spun from sugar. However, due to the cake’s wiring infrastructure, guests weren’t served any of it.

Former pastry chef at Mar-a-Lago Cedric Barberet and his team made 5-inch-tall mini “backup cakes” instead. As for the original, “we served it to the staff after the wedding,” Barberet told The Hollywood Reporter. “We had some very hungry employees.”

For anyone interested in a cake that’s more than a decade old, the bidding starts at $250. The current bid was $600 at press time. The item is part of Julien’s “Icons and Idols: Hollywood and More” auction, which kicks off Friday at 10 a.m. PT.

Flashback: When Hillary and Bill Hit the Wedding of Donald and Melania