Bob Bashara and his wife, Jan, felt an instant kinship with Doris Day when they first met for lunch roughly 25 years ago. Today, Bashara is a retired veterinarian currently living in Omaha, Nebraska; back then, he had written the actress to praise her dedication to animal welfare — not only through her eponymous foundation, but notably the annual “Spay Day” program she had created in 1995 to encourage spaying and neutering to control the pet population. To Bashara’s surprise, Day replied, thanking him for his kind words and suggesting that he and his wife visit her in Carmel, California, the next time they were able.

“She was every bit as down to earth and as warm as you’d expect her to be,” Bashara tells The Hollywood Reporter of that first meeting. “There was never any sense that you were with ‘a movie star.’ That lunch turned into three hours, and at one point she said, ‘I’ve got to go, I’ve got to feed my dogs.’ As we got to know her, we understood that was something she really liked to do herself.”

With Day’s death on May 19 at the age of 97, the Basharas have embarked on the final stage of their relationship with the legendary actress and singer: overseeing the distribution of her estate. The major event connected to that task will take place April 4-5, 2020, when “Property From the Estate of Doris Day” goes up for sale at Julien’s Auctions in Beverly Hills. More than 800 lots are expected to sell during the two-day event, including furniture and home décor; personal wardrobe and costumes; and the 1930 Ford convertible seen in the opening credits of Best Friends, the talk show Day produced and starred in to highlight animal advocacy and which ran from 1985-1986 on the Christian Broadcasting Network. 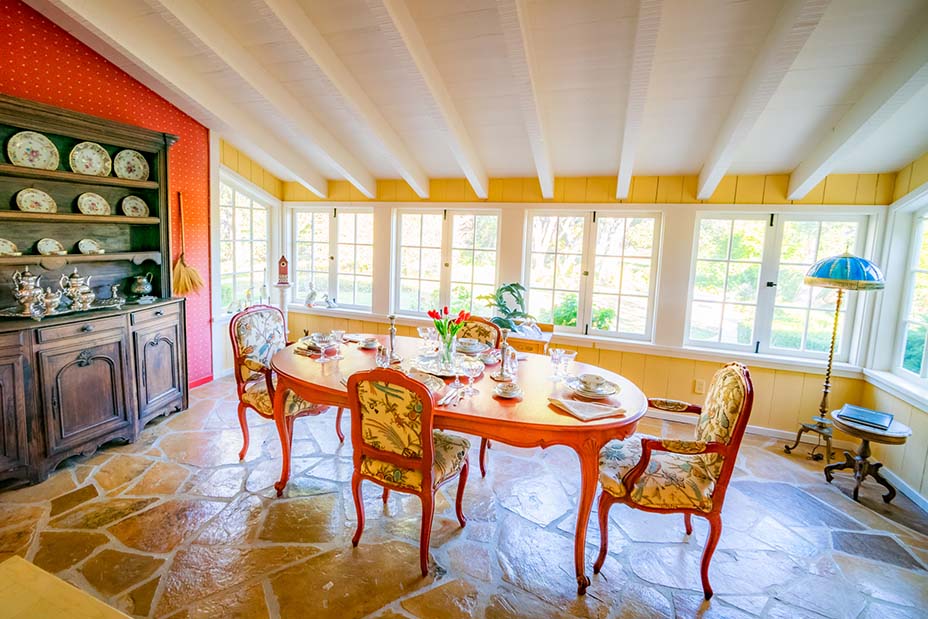 Bashara says he never envisioned that one day he would be in the position of handling the estate of a bona fide Hollywood icon. He and Jan had grown closer with Day over the years, he notes, eventually choosing to stay for months at a time in the guest cottage at her 11-acre Carmel home. Then, in 2009, after she endured hardships like the 2004 death of her son, record producer Terry Melcher, as well as a concern over whether a relative overseeing her money might be taking advantage of her, Day asked Bashara a question: Would he consider managing her finances? Unsure of what that request would entail, Bashara said he needed to think about it, and then Jan offered an easy answer. “My wife said to me, ‘Bob, if anything ever happened to Doris, I know you would never forgive yourself,’” he recalls. “And of course she was right. So the next day, I told Doris I would do it.” 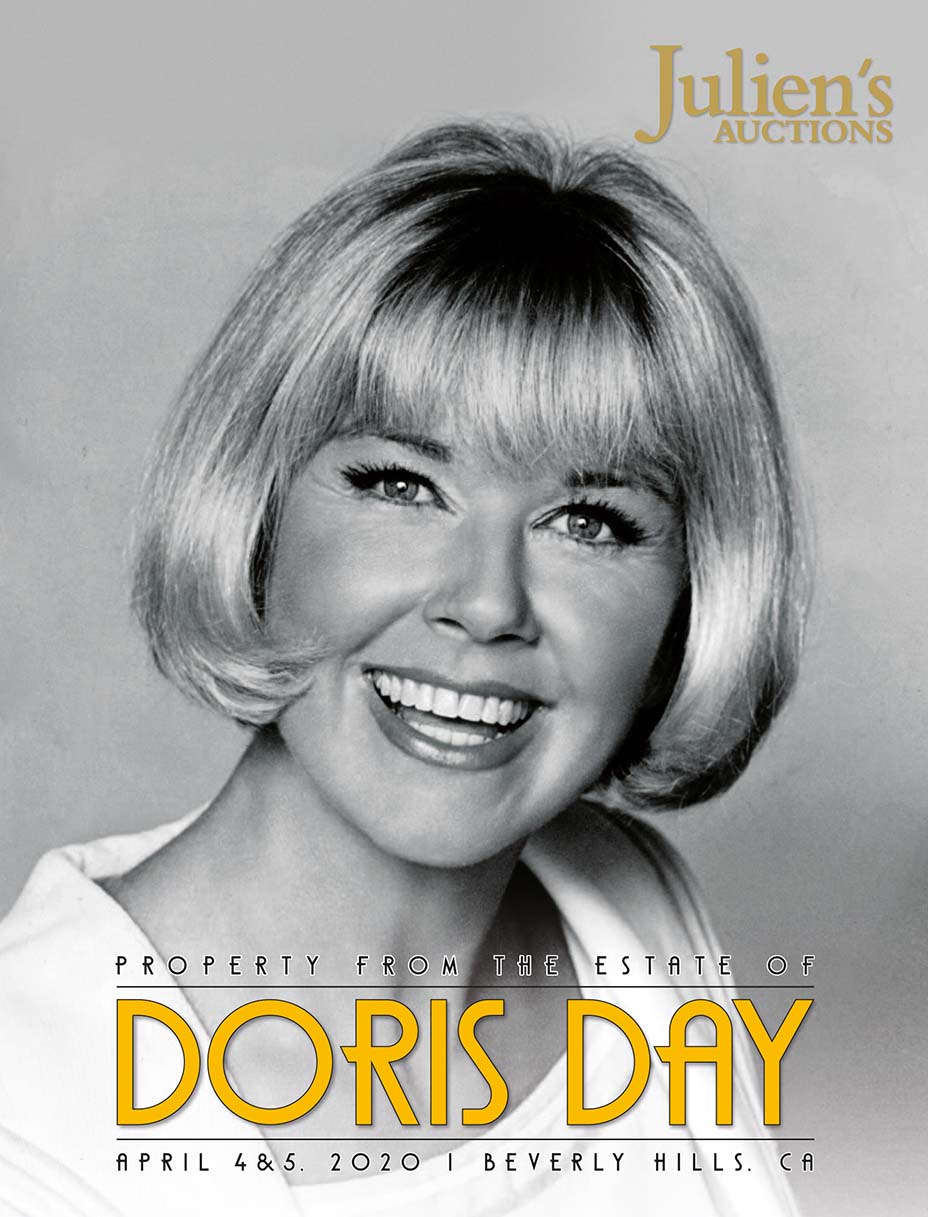 Unsurprisingly, all proceeds from the sale will go toward the Doris Day Animal Foundation, the non-profit organization Day created in 1978. “That was one thing she was always very clear about,” Bashara says. “She never talked about her estate in specific terms, but she often said, ‘I want everything to go to my foundation.’” 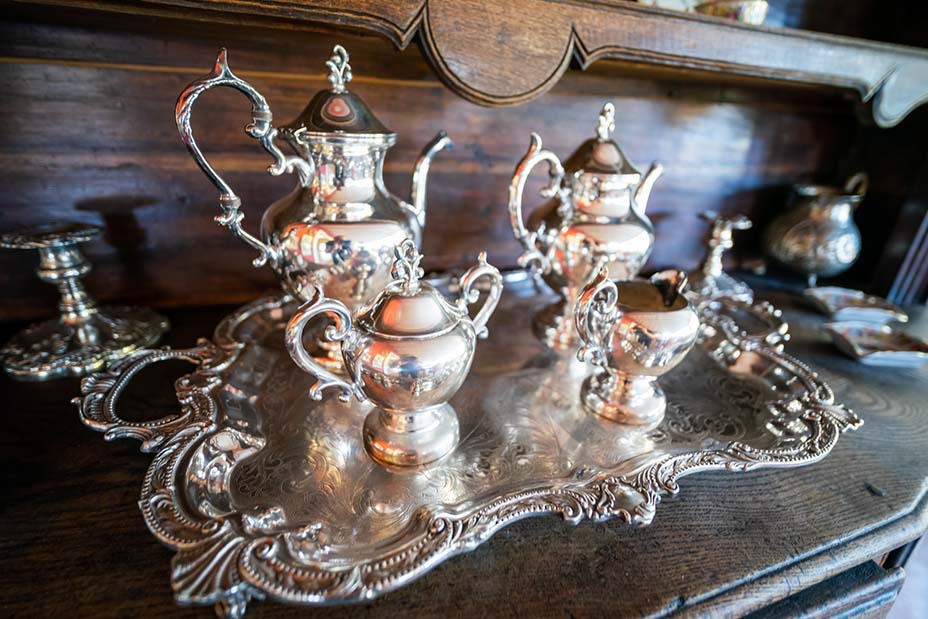 The goal of the auction proceeds is to establish a lasting source of funds for the foundation, which benefits a variety of animal-welfare issues, from providing scholarships for veterinarians studying shelter medicine to assisting rescue organizations throughout the U.S. “Doris liked to help small rescue groups all across the country, organizations that had trouble raising money on their own,” Bashara explains. “She was also devoted to programs that assist senior dogs and connecting animals with senior citizens. And then of course there’s Spay Day, which is now worldwide, in 43 countries. Millions of animals have been spayed because of Doris’ efforts.” (That annual event, which takes place on the last Tuesday in February, is now known as World Spay Day and is run by the Humane Society of the United States.) 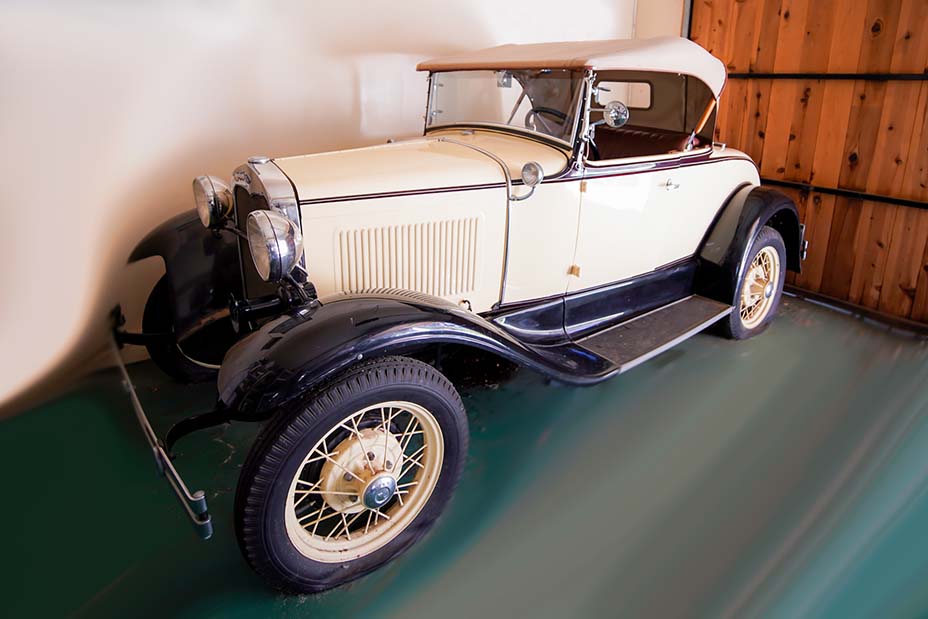 Meanwhile, the April timing of the auction is intentional, designed to honor what would have been Day’s 98th birthday on April 3. For several years, fans gathered in Carmel, where Day lived for four decades, to celebrate her birthday while raising money for the foundation over a three-day weekend of films, celebrity Q&As and other events. (The last time Day felt well enough to attend the party in her honor was in 2014.) This year’s event included a Turner Classic Movies screening of one of her best-known films, 1959’s Pillow Talk. “Holding the auction in April allows fans to celebrate Doris’ birthday one more time, and perhaps also gives them a chance to say goodbye,” says Martin Nolan, executive director of Julien’s Auctions. “Our plan is to arrange the lots as vignettes, similar to how you see some pieces in her home. It will honor her life and will honor her fans as well. They are very dedicated to her.”

Nolan met with the Basharas at Day’s home in August to start the process of cataloging and photographing its contents. “It was the first time to walk through the home and see what a beautiful life she had built for herself there,” he says. “For the latter years of her life, she lived very happily in Carmel.” Nolan adds that he can always get a sense of how successful an auction will be based on advance orders of the accompanying catalog. “We just announced this auction [on Wednesday], and within 24 hours, we had orders from Australia, Germany, the U.K., and all over here in America,” he says. “She was a global icon, but she was also a very private person, and this auction will give an exclusive look at how she lived her life.” 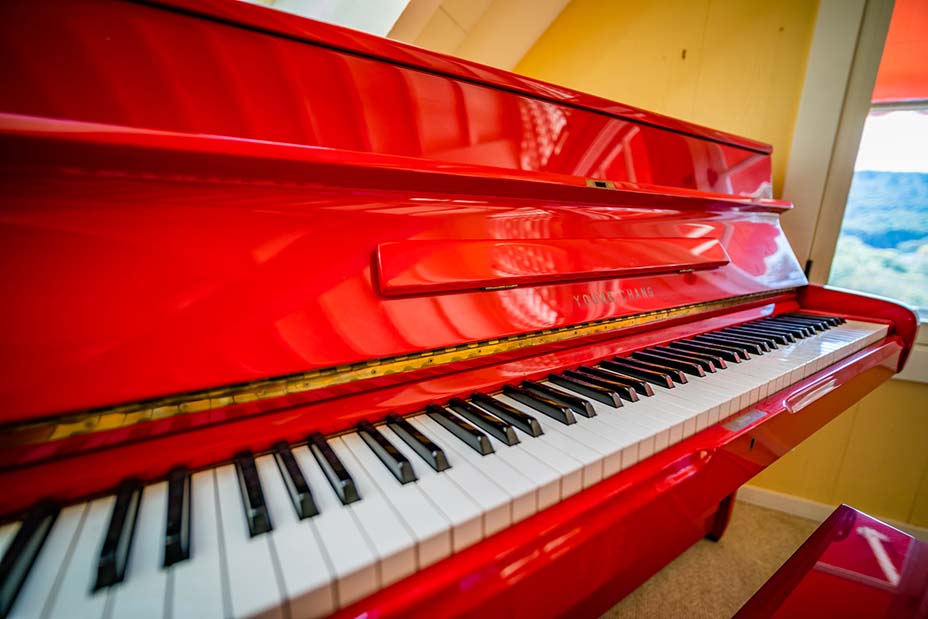 Also among the items in the sale is a Valentino ensemble Day wore to the 1989 Golden Globes, when she was presented with the Cecil B. DeMille Award by Clint Eastwood, as well as a variety of other awards she collected over the years — though they were found in storage, as Day preferred not to display her trophies, Bashara says. Also included in the sale is a red lacquer Young Chang piano given to her by Melcher and kept in a prominent place in her home; a painting by Tony Bennett, signed with his trademark artist moniker, “Benedetto”; a yellow vase given to her by Paul McCartney; and a brass planter, sculpted in an elephant motif, a gift from Rock Hudson. “They were great, lifelong friends, and he brought that back from Africa for her,” Nolan explains. 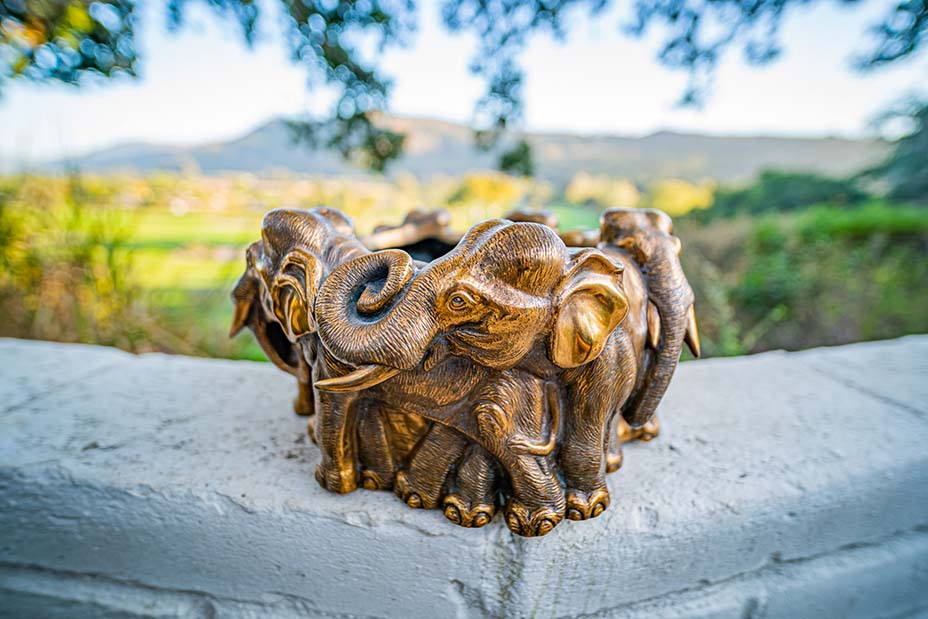 “She was always kind of tickled by that piece,” Bashara adds. “She had worked with an elephant in the movie [Billy Rose’s Jumbo in 1962], and she would talk about how they were the most beautiful creatures. Rock Hudson knew that, and that’s why he brought that back for her.”

Highlighted lots from the auction will be previewed from Nov. 26-Feb. 3 at The Museum of Style Icons in County Kildare, Ireland, and as they have done with other high-profile auctions, Julien’s also will feature highlighted lots on the March 17-28 transatlantic crossing of Cunard’s Queen Victoria prior to the public preview in Beverly Hills from March 30-April 4. “That’s a perfect audience for this auction; we’re sure to see a lot of Doriss fans there,” Nolan says of the Queen Victoria event.

As fans and collectors peruse the various pieces Day treasured over the years, what does Bashara want people to know about the woman who was one of Hollywood’s most popular actresses in the 1950s and ‘60s, but who chose to live a decidedly private life in her later years? “I wish people knew how really funny she was,” he says. “She was known for her comedic work, but on her own, she had a wonderful sense of humor. More than anything, Doris was just very normal — and as we all know, she loved her animals. All of this is being done with that in mind.”

Doris Day, in Rare Interview, Talks Turning 97, Her Animal Foundation and Rock Hudson: "I Miss Him"