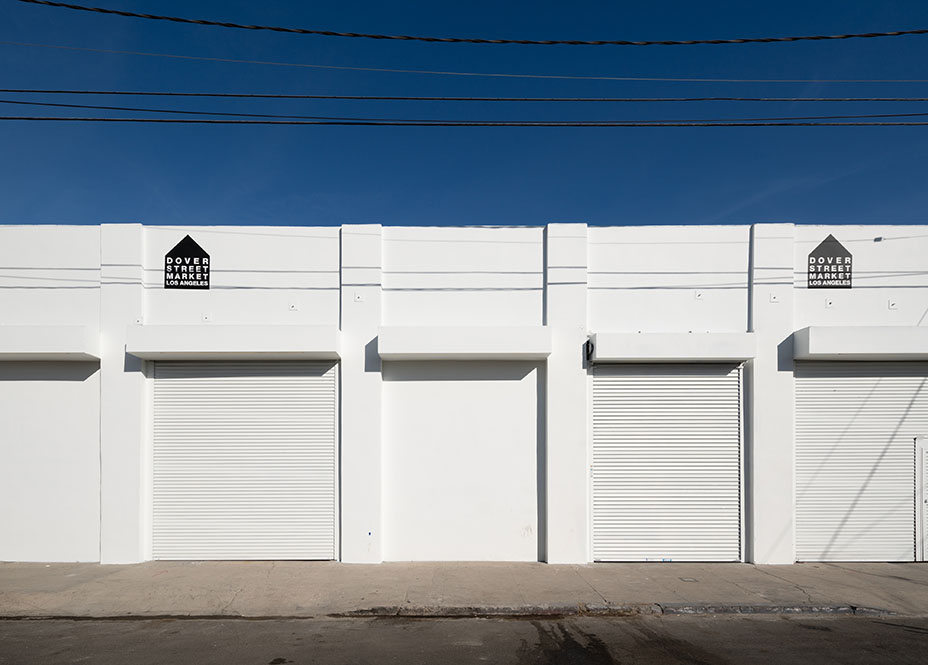 “We’re starved for this in L.A.,” Courtney Love said at the LACMA gala on Saturday night, saying DSMLA was on her must-list.

If DSMLA can keep up the momentum, the opening may represent another pillar in Los Angeles’ ascendency as a new global fashion capital, following Hedi Slimane’s moving his Saint Laurent atelier here in 2012, and Tom Ford’s relocation from London in 2017. 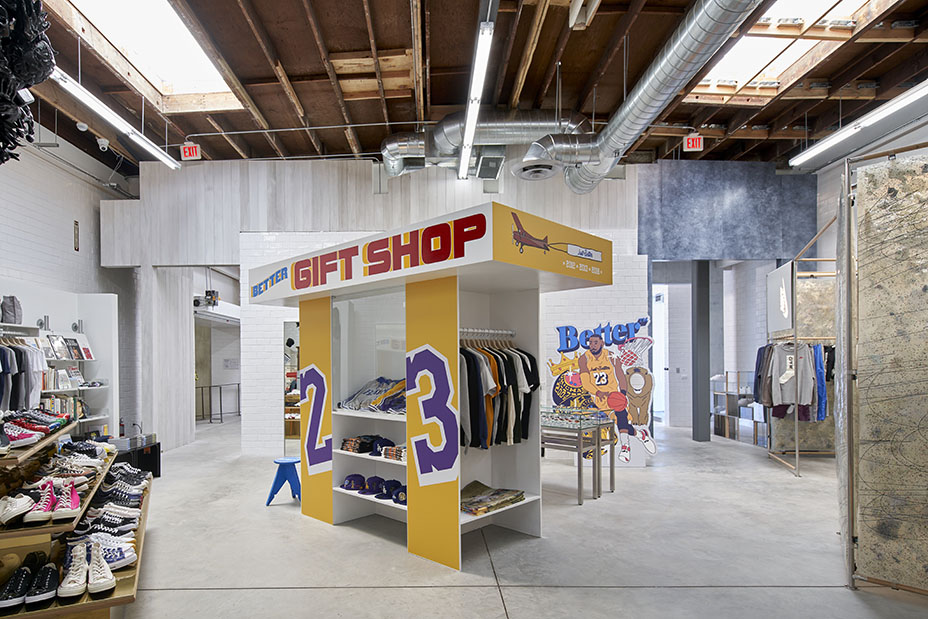 The L.A. location has been a long time coming for the anti-establishment Comme des Garcons brand, founded in 1969 by Kawakubo, and elevated to a new level of celebrity thanks to the 2017 Metropolitan Museum of Art Costume Institute retrospective exhibition and gala. 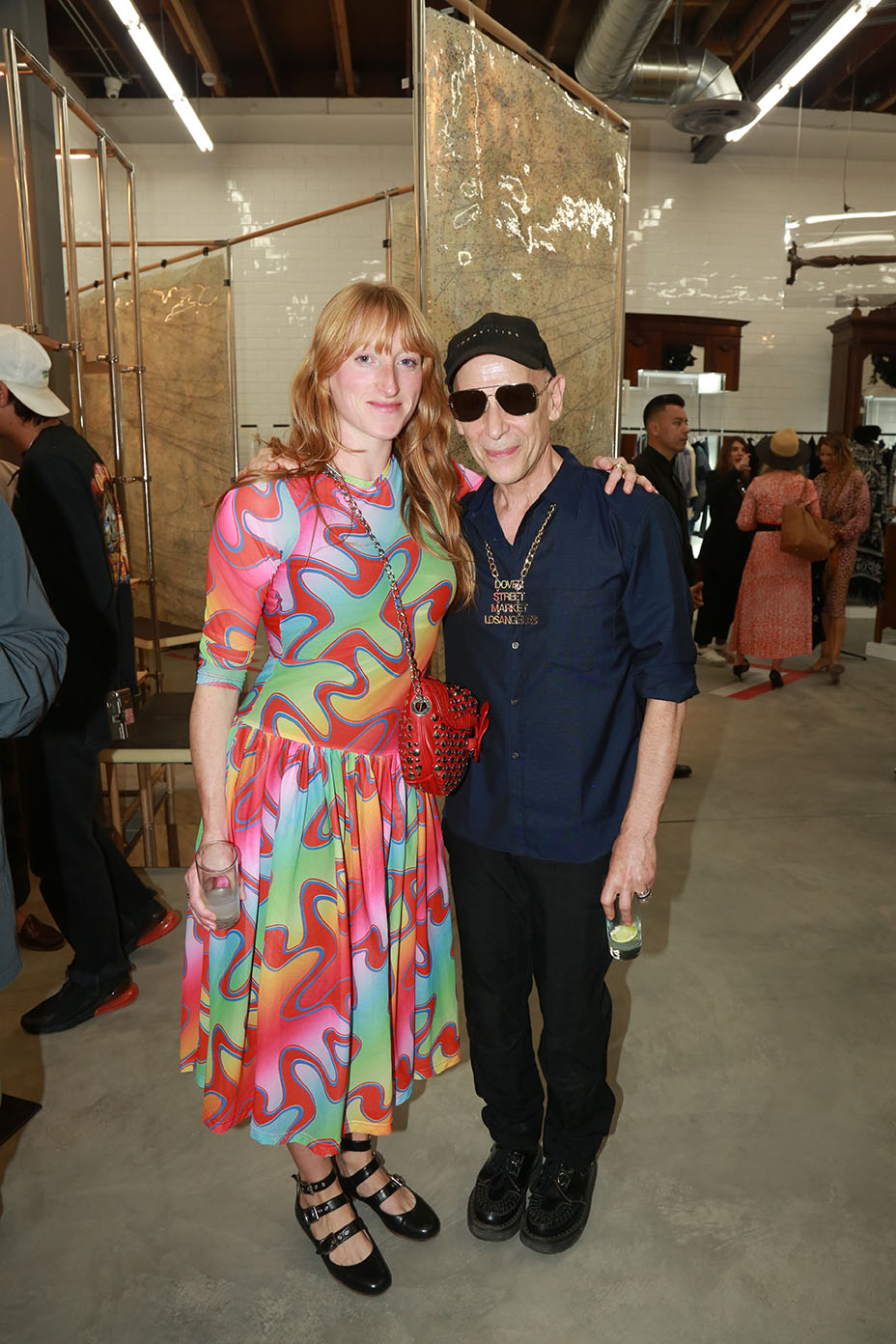 CDG had a pop-up guerilla store in downtown L.A. 15 years ago, and has been looking for a permanent space ever since. “We always liked the idea that for better or worse, this is the place artists and cults have come, even going back to the 1950s with Aldous Huxley,” says Joffe, speaking in L.A. in his wife’s absence (Kawakubo is like the Greta Garbo of fashion; she likes to stay away from the spotlight). “But it always seemed like more of an outback, nice sunshine, good food, a place to holiday. Now L.A. is becoming more like a mainstream alternative of how life can be,” he adds, pointing to the state’s liberal politics, clean air initiatives and more as examples of it becoming its own brand of anti-establishment. 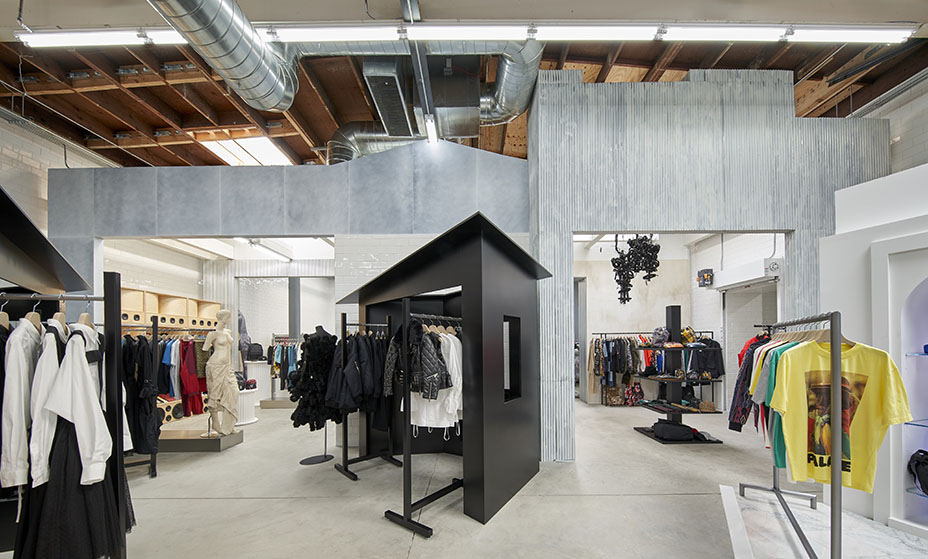 CDG has been selling to Maxfield in West Hollywood for decades, and a lot of the fashion brand’s Hollywood fans (Director Steve McQueen just wore a CDG suit to the premiere of Widows) also shop at the five other DSM stores around the world. But Joffe sees the potential for more growth “now that we are becoming more known.” In L.A., Hollywood will be part of that.

“It’s just never been our thing to dress people, we want them to come in, find themselves and feel good in the clothes instead of just getting a bunch of things sent to them at a hotel,” Joffe says, while conceding that now that the brand is in L.A., “we’ll play the game.” (By that, he means send clothes for stars to try on at a hotel if need be.) 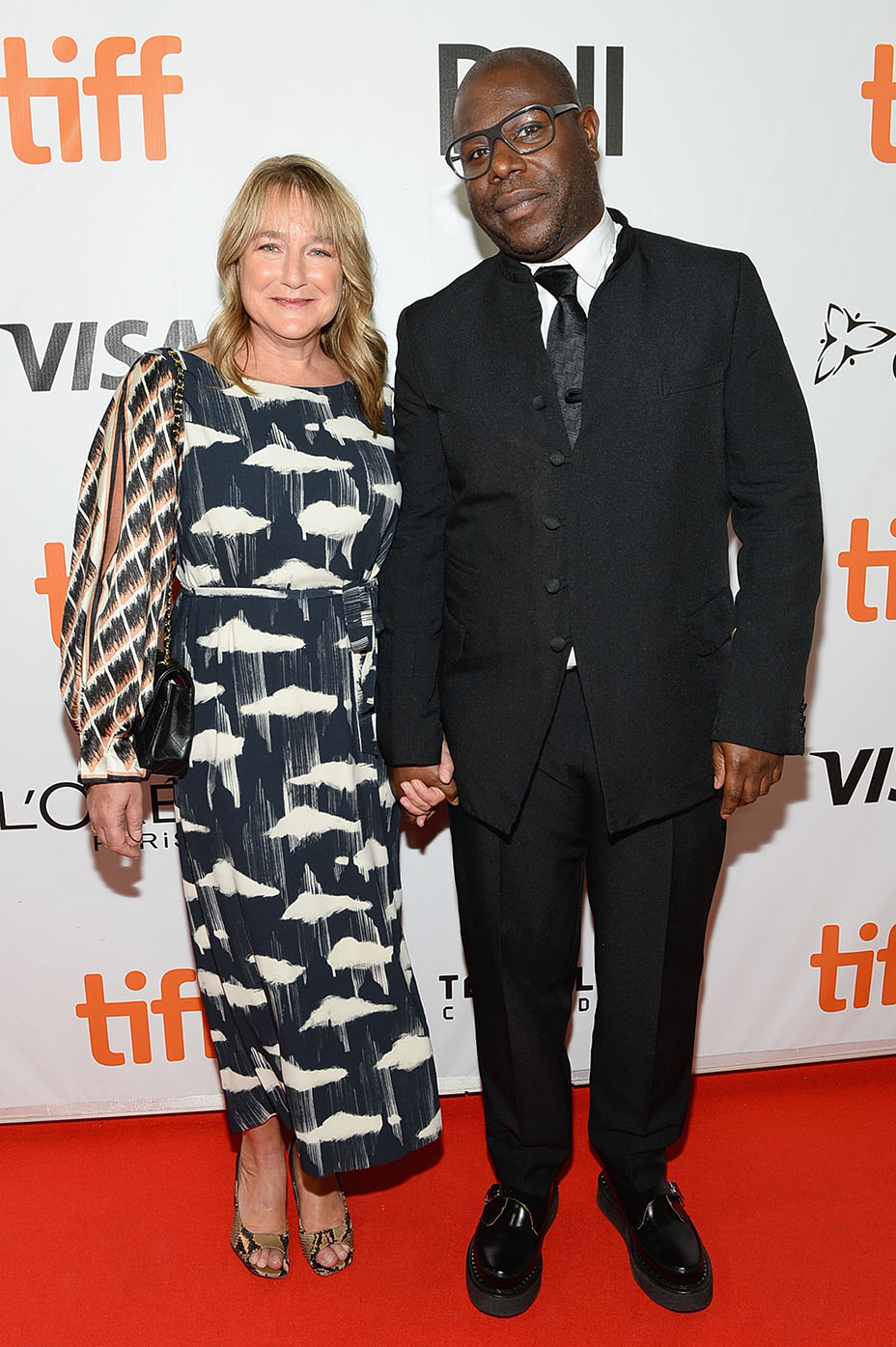 But DSMLA is worth visiting; the structure is striking, consisting of two conjoined, all-white buildings that let the L.A. light shine in on an interior wrapped in white ceramic tile, with corrugated metal huts and cages defining innovative-looking spaces for under-the-radar luxury brands such as Simone Rocha, Sacai, Noir Kei Ninomiya, Jacquemus, The Vampire’s Wife, Raf Simons, Undercover and Thom Browne, as well as the more casual Nikelab’s upcycled sweatshirts by Cactus Plant Flea Market, a T-shirt wall featuring designs by Nick Cave, and a display of board shorts by O.G. streetwear brand Stussy. Also featured: the full range of Comme des Garcons-owned labels including PLAY, CDG CDG, Homme Plus tailoring, runway and more. 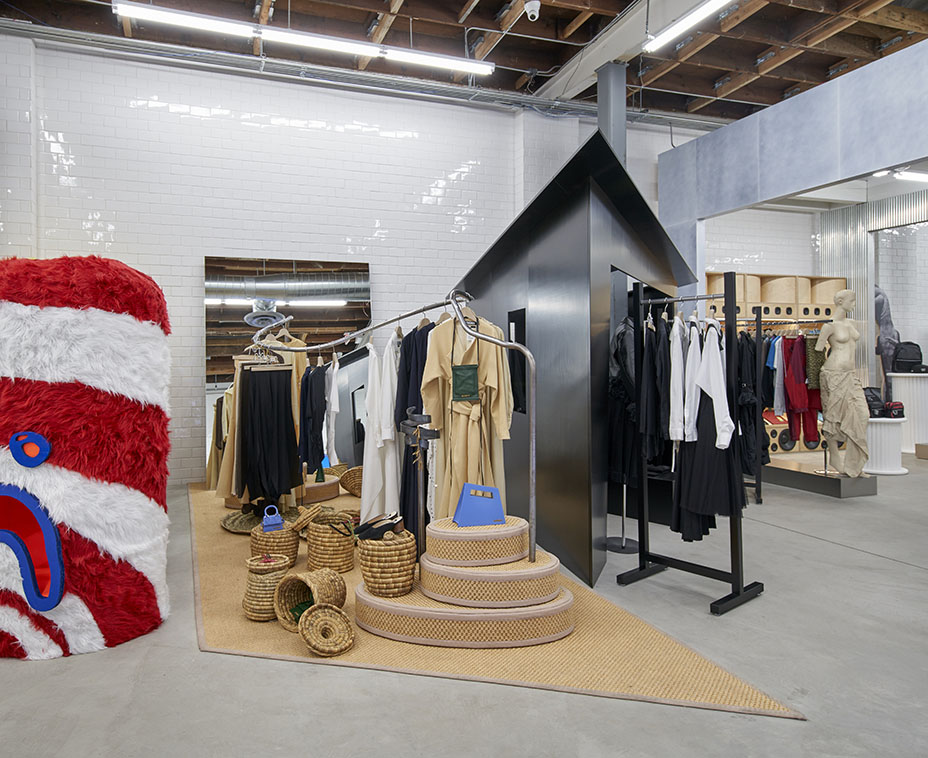 At every turn, you’ll find something to surprise and delight, from a stuffed hippo proffering jars of jam by Brain Dead x Squirl, to Avi Gold’s Better Gift Shop filled with art books and headphones, and an outpost of the popular Rose Bakery that begs for a hang. The CDG Pocket Shop is akin to a convenience store, full of the brand’s heart- and smile-logo wallets, cardigans and T-shirts, plus fragrance collabs with the likes of Pharrell Williams and Andy Warhol, while the fine jewelry counter beckons with avant-garde looking sparklers by Chanel, Repossi and more. 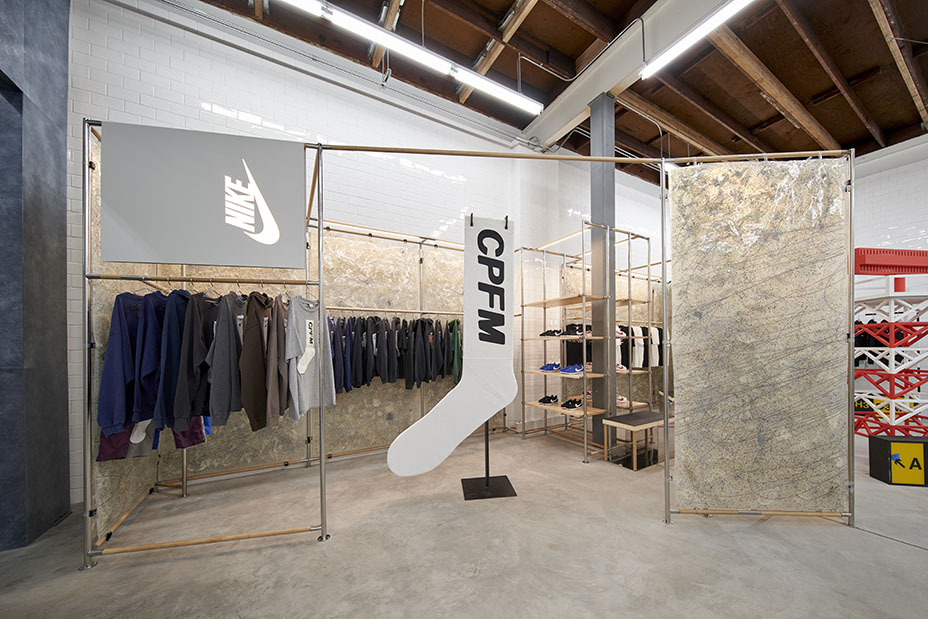 “When you work with them, you enter a family that supports creativity above all else,” says jewelry designer Gaia Repossi, whose diamond ear cuffs are beloved by Emma Stone, Diane Kruger and others.

The high-low mix, or “beautiful chaos” as Joffe and Kawakubo like to call it, is part of the allure of the stores (the first opened in London in 2004). “It’s luxury and street, rich and poor, the possibility of accidents happening,” Joffe reflects. “In a way, 14 years ago, we started that. Luxury wouldn’t touch streetwear and look at it now? We were a big part of that movement. But the original streetwear wasn’t just about slamming a logo on a $2,000 T-shirt, it was free individual expression, what people actually wear on the street. That’s why we wanted to work with Brain Dead, a guy who is not just making T-shirts, he’s also making jam. And Stussy, which has a history of understanding clothes. It’s like tribes.” 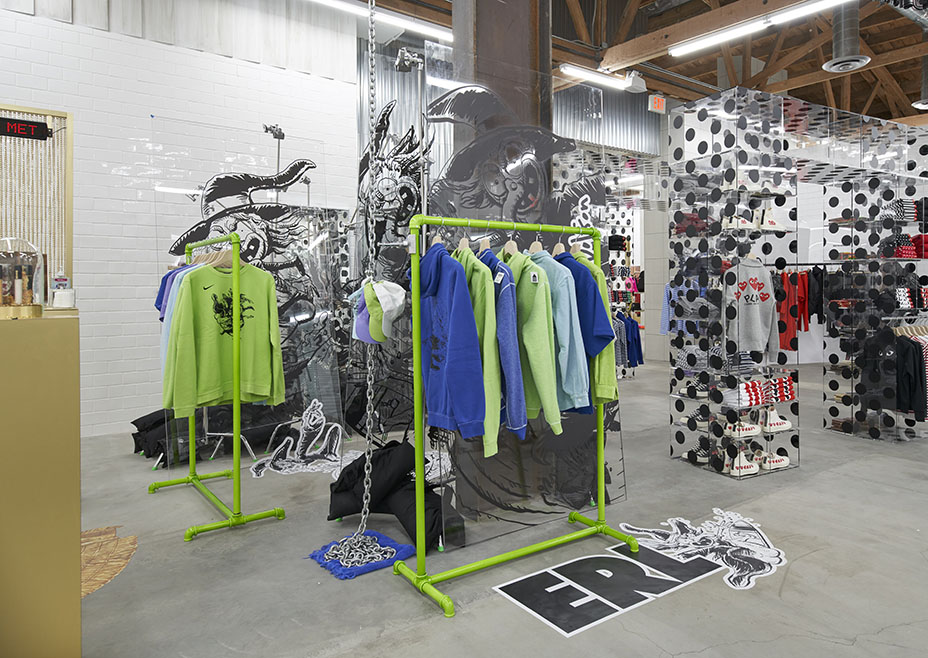 For the opening, Joffe tapped several members of CDG’s L.A. tribe to create and participate, including Eli Russell Linnetz, frequent collaborator of Kanye West and Lady Gaga, who created the ERL x Nike capsule collection of neon corduroy sportswear separates and tees. “They don’t let you see anyone else’s space,” Linnetz says, noting the creative freedom to put together his own retail corner felt like “summer camp.” 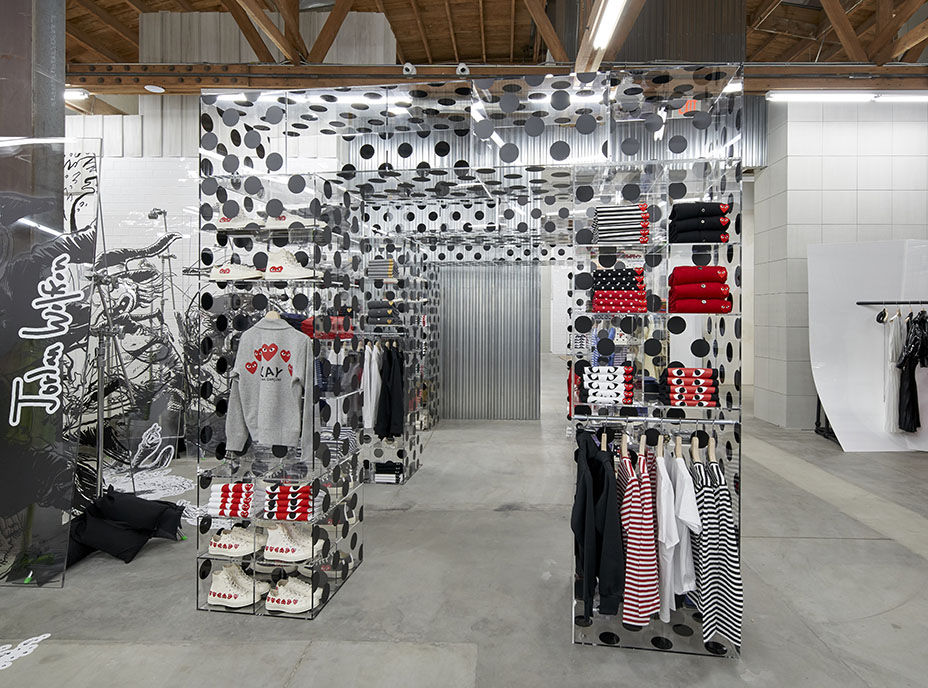