San Francisco-based 21 Seeds Tequila has landed on a successful combination for wooing Hollywood fans such as Jessica Alba and Naomi Watts: Refreshing infusions of grapefruit, hibiscus, Valencia oranges, cucumbers, jalapeno peppers and other plants along with a brand message of female empowerment.

“It’s a very male-dominated industry — the booze industry — just like the movie industry,” said Kat Hantas, a former film producer who started infusing tequila in her Hamptons farmhouse after her doctor ordered her to give up wine and beer. Now working with a distillery in Jalisco, Mexico, which is owned by and employs predominantly women, Hantas runs the year-old company with her sister Nicole Hantas-Emanuel (formerly chief financial officer at women’s lifestyle site Refinery29) and Sarika Singh (a Stanford-trained engineer with experience in developing food and beverages).

“We can have things the way we want them,” Hantas said, referring to the brand’s tagline, #girlscalltheshots. “If we want tequila, we’re going to drink tequila. We’re not going to have rosé all day.”

That thinking, not to mention the tequila’s taste, helped to win over Alba. Introduced to the brand by her friend (star facialist Shani Dardin), Alba recently requested the blanco tequila infused with grapefruit and hibiscus flowers to serve at a party for her Honest Beauty brand. Other famous fans include actress Molly Sims, fashion designer Cynthia Rowley and Kourtney Kardashian, who doesn’t drink but serves it to friends.

21 Seeds Tequila is stocked at Oceana Hotel in Santa Monica, The Pikey and Le Jardin in Los Angeles, and The Surf Lodge in Montauk, New York; 21seeds.com. 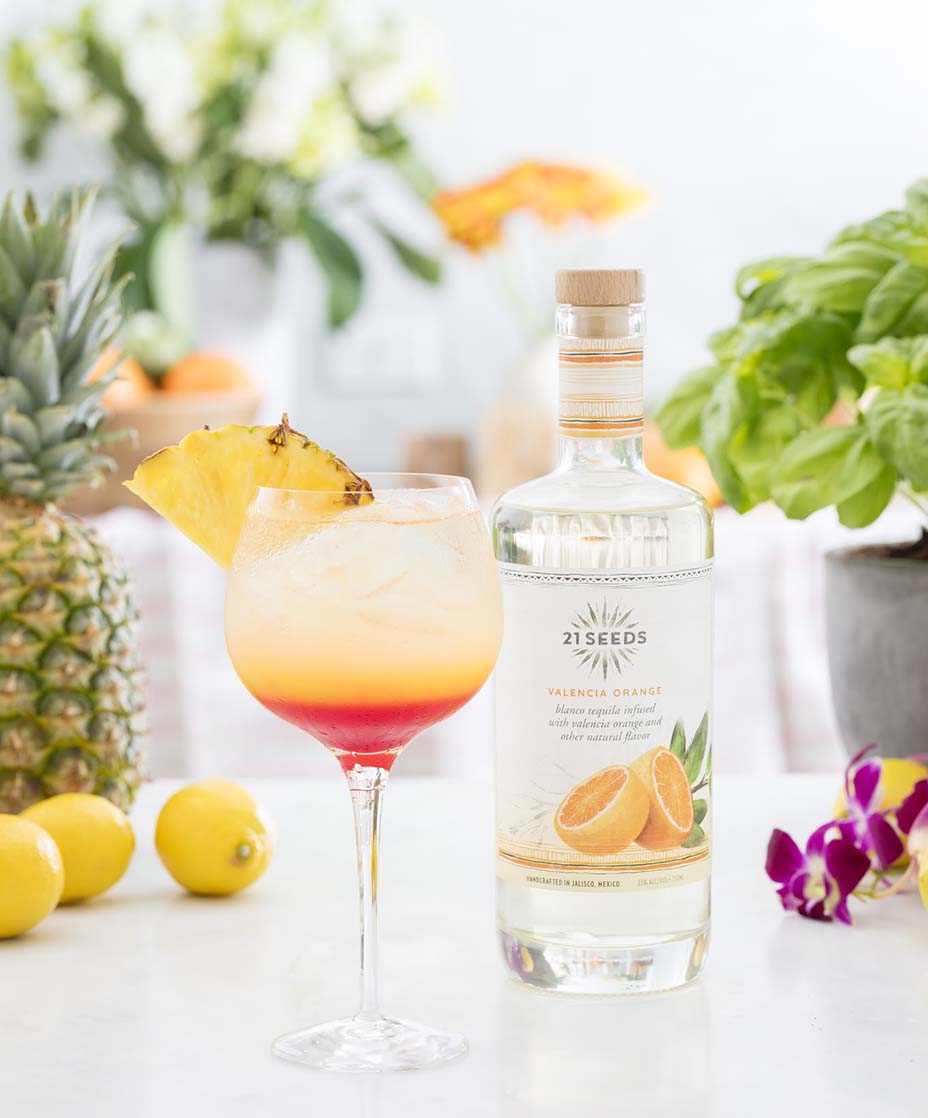 Since opening in February, Asian fusion restaurant Pacifique has attracted clients such as Emily Ratajkowski and Evan and Ashlee Simpson Ross. The eatery has also turned to Millie Bobby Brown’s character Eleven from Stranger Things as a margarita muse.

Mixed with mezcal, watermelon puree, jalapeno, lime and agave syrup, the $15 cocktail was birthed during the peak of the popular Netflix series’ third season. Never mind that Eleven isn’t even old enough to legally imbibe booze. “Eleven in the series looks innocent and sweet but has a twist to her that nobody expects,” said Joel Herzer, general manager of the hip, high-end restaurant. “Our watermelon margarita has jalapeno that creates a zest so refreshing and powerful we thought to make it Pacifique’s version of Eleven.”

The watermelon margarita can be paired with any number of plates on Pacifique’s menu, from a salad of Finley Farms tomatoes dressed with miso vinaigrette, to scallop skewers seasoned with lime mayonnaise, or a petite filet mignon accompanied by roasted maitake mushrooms. As Herzer put it, “Stranger Things is filled with unexpected twists, which is what we wanted to do with our menu, being that we are located in the heart of West Hollywood.” 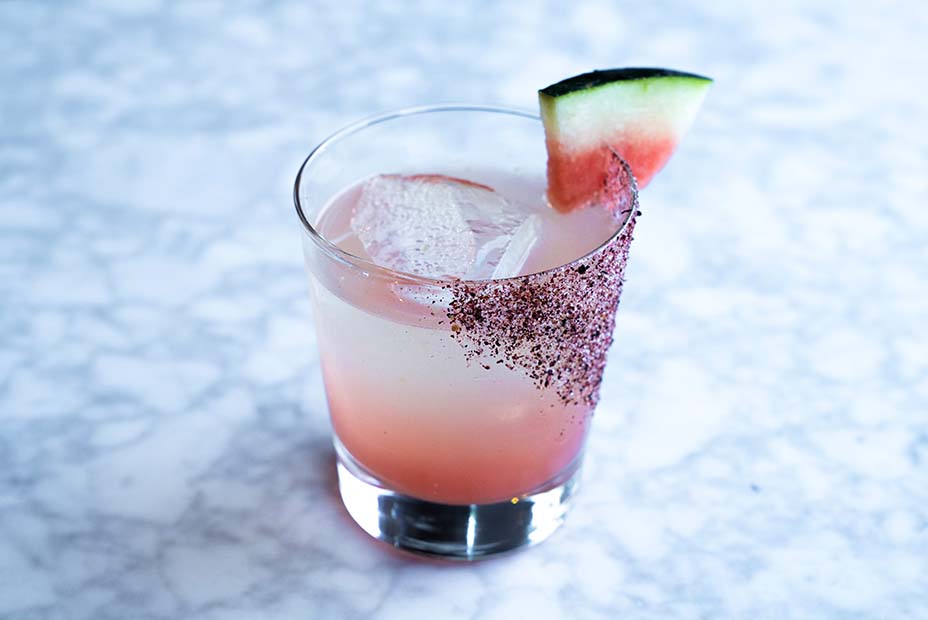 In The Kitchen, Melissa McCarthy, Tiffany Haddish and Elisabeth Moss step up as mobsters after their onscreen husbands go to the clink. In doing so, they also serve as the inspiration for veteran mixologist Gates Otsuji’s latest concoction. As brand ambassador for Brooklyn, New York-based Owney’s Rum, Otsuji shakes up the white rum with Aperol, fresh lemon juice and raspberry syrup. He then strains it into a glass and tops it with sparkling wine for an iced cocktail called “The Hell’s Kitchen Hustler.”

The connection between the big screen and the distillery makes sense. Owen “Owney” Madden, the namesake of the rum brand founded by Bridget Firtle, was a Prohibition-era rum runner who spent a lot of time working in New York’s Hell’s Kitchen neighborhood. Lest one thinks that New York’s only exclusive rum distillery can’t transport the tropics up north, Owney’s Rum evokes banana, sugar cane and smoke on the palate with a whiff of flowers, molasses and tropical fruits. 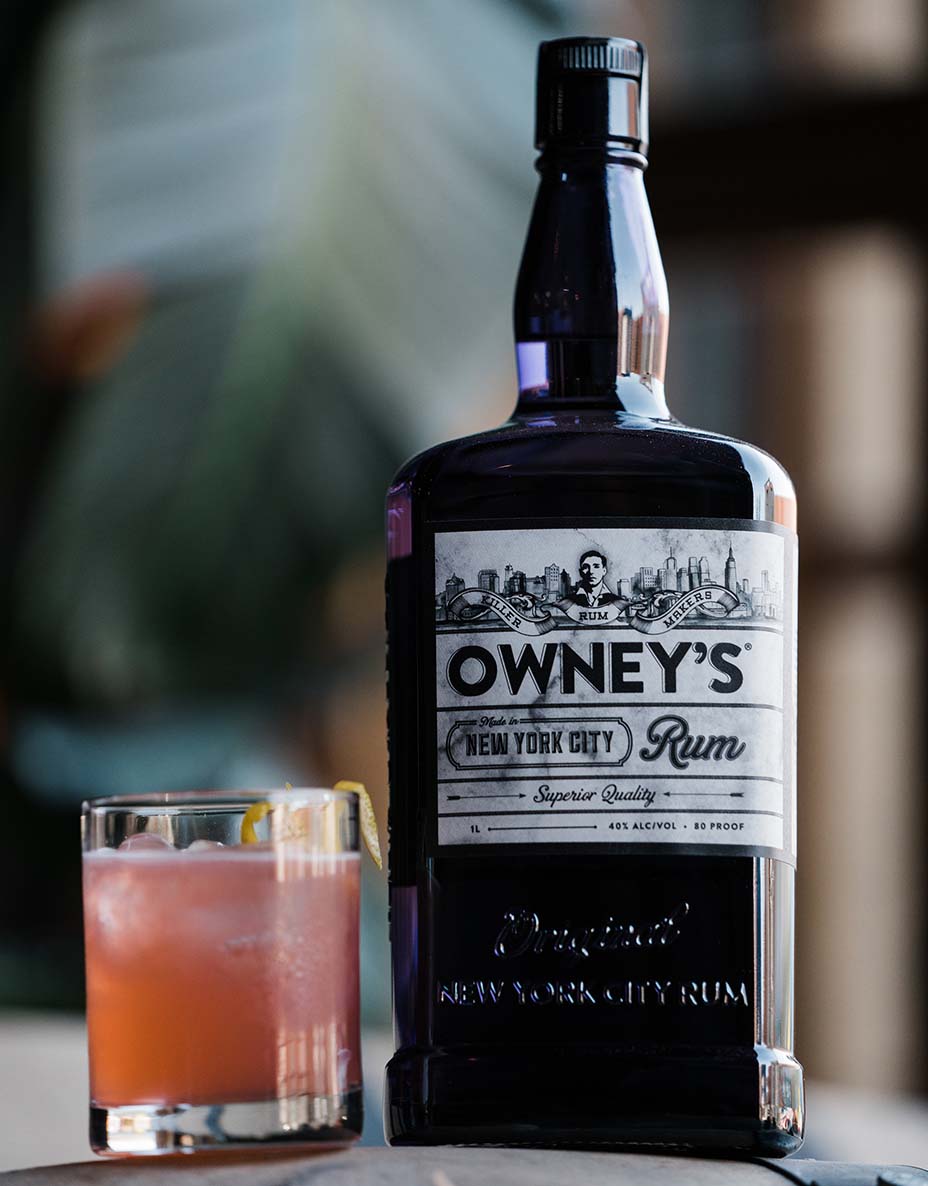