“He reached out and said, ‘I’d love to make her a dress.’ She loves his clothes,” says stylist Karla Welch, who has been an outspoken critic of Trump.

“He’s political, so I love everything he stands for,” she continues. “I love when he does a red carpet dress because it’s a different side of him he does so well.”

Gurung adds: “She is a beautiful representation of our brand ideals on the inside and out. For her look tonight, we worked closely with the incredible Karla Welch, who has been a longtime friend and supporter. The Handmaid’s Tale tells the story of a woman’s strength in a dark world through resistance. Tonight, we wanted Elisabeth’s strength as a woman and an actress to shine through embracing her femininity.” 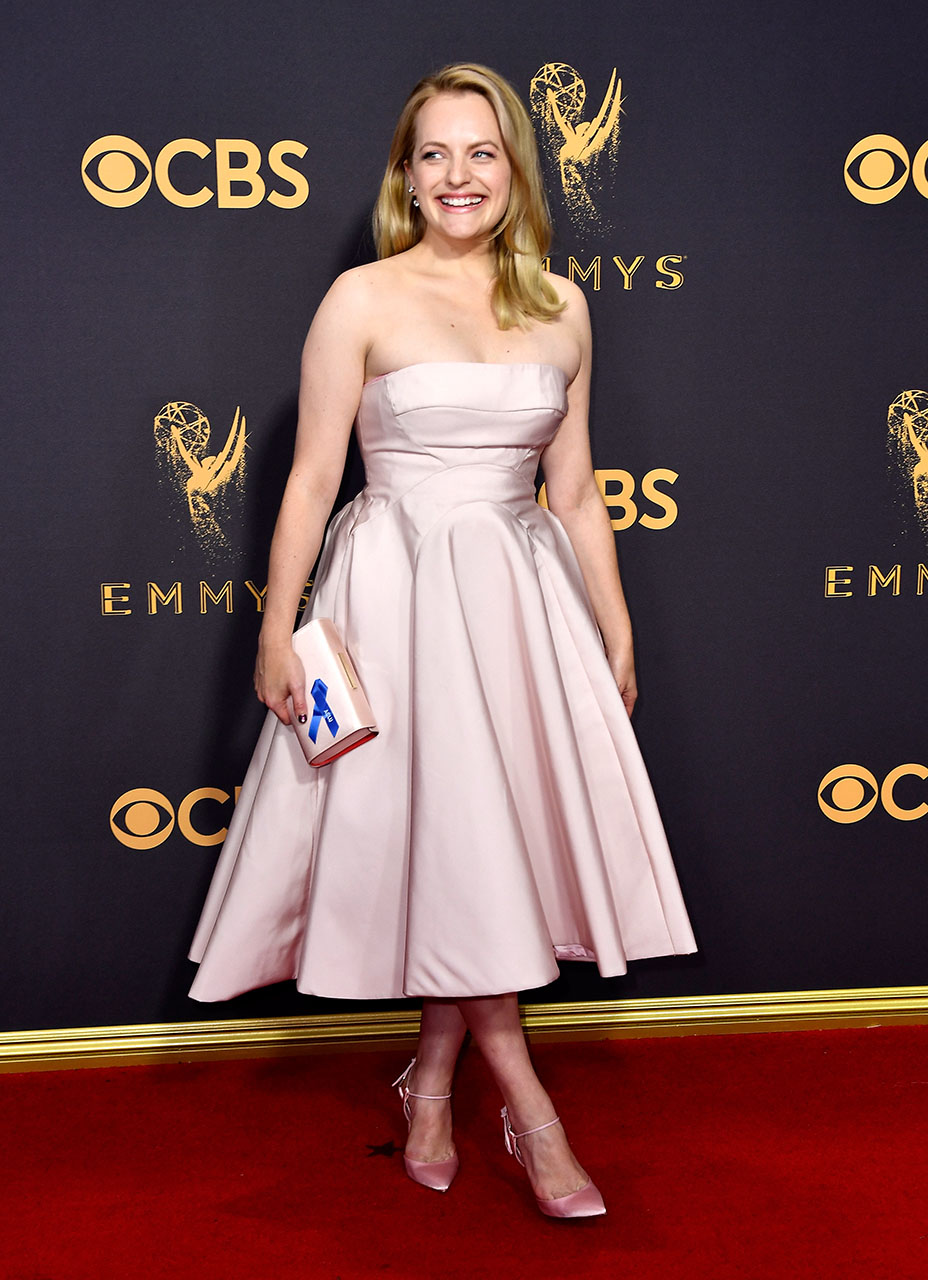 Welch and Moss designed the Forevermark earrings together, massive diamonds that go through her ears, like a piercing bar. “We wanted her to look like she went to a tattoo parlor,” Welch explains, adding that Moss’ Handmaid’s Tale character is a badass, and so is Moss.

The actress is nominated for best actress in a drama series for her role in Hulu’s hit Handmaid’s Tale. The dystopian drama scored 13 Emmy noms, including best drama series and best writing for a drama series.

Given her show’s eerie parallels to Donald Trump’s America, it’s not surprising that Moss opted to make a political statement on the red carpet. As she told THR TV editor Lacey Rose in July, “There will probably be a pin or a ribbon involved. Or maybe I’ll just wear a giant ACLU ribbon and a really good spray tan.”

Moss is nominated alongside Claire Foy (The Crown), Robin Wright (House of Cards), Viola Davis (How to Get Away With Murder), Keri Russell (The Americans) and Evan Rachel Wood (Westworld).