Wearing off-the-runway couture is an honor usually reserved for people named Rihanna or Cara Delevingne; however, the Valerian stars aren’t the only ones with the certified fashion cred needed to rock couture on the red carpet less than a month after the runway debut.

Styled by Sarah Slutsky, Olsen looks demure in what appears to be a pleated wool dress, with her loose gold waves tucked into the collar of the blouse. With a simple yet statement-making bold red lip, the look has an air of ‘50s-era sophistication and elegance, which gets even better when you realize the dress is not actually a dress but pants. Does it get better than couture pants? Trick question, because that’s not possible. 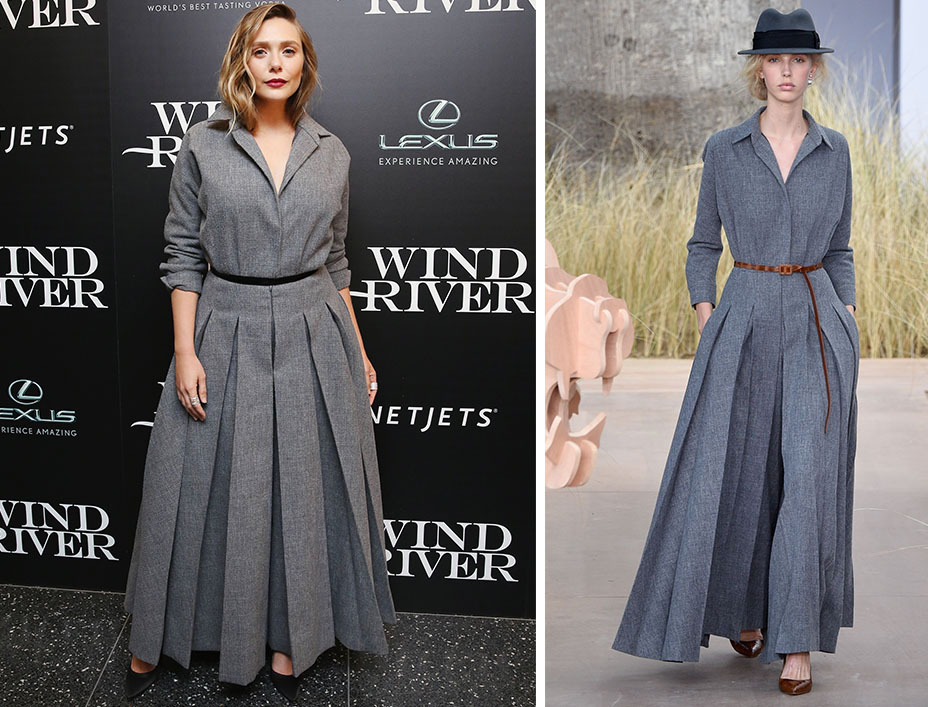 Last we saw Olsen on the red carpet, she made a wholly different kind of style statement, arriving at the Hollywood premiere of Ingrid Goes West in the very same Marc Jacobs LBD and Sophia Webster pumps as her co-star, Aubrey Plaza.