Quinn Tivey’s memories of his grandmother are just that: as a grandmother, not as the legendary movie star Elizabeth Taylor. “We would lay in bed together, watching movies, chatting — she would give me advice. Those are some of the ways I remember her most,” says the 33-year-old Tivey, the older of two sons of Liza Todd, Taylor’s daughter with producer Mike Todd, and artist Hap Tivey.

A trustee of Taylor’s estate and foundation, collectively known as the House of Taylor, since 2016, Tivey has been involved in projects that both protect and put a spotlight on his grandmother’s life and legacy. The latest will take place Dec. 6, 7 and 8 in Beverly Hills, when Julien’s Auctions will present “Property from the Lifestyle of Elizabeth Taylor,” a sale of clothing, home items and other pieces from the star’s archives.

Taylor died March 23, 2011, and the following December, Christie’s presented a blockbuster auction featuring pieces from her wardrobe and celebrated jewelry collection. This event will feature items not seen at that sale. “We’ve been building a private archive over the last few years,” Tivey explains. “Along the way, we’ve come across items that seem perfect for a sale — items that anyone, and of course fans in particular, would find cool.” 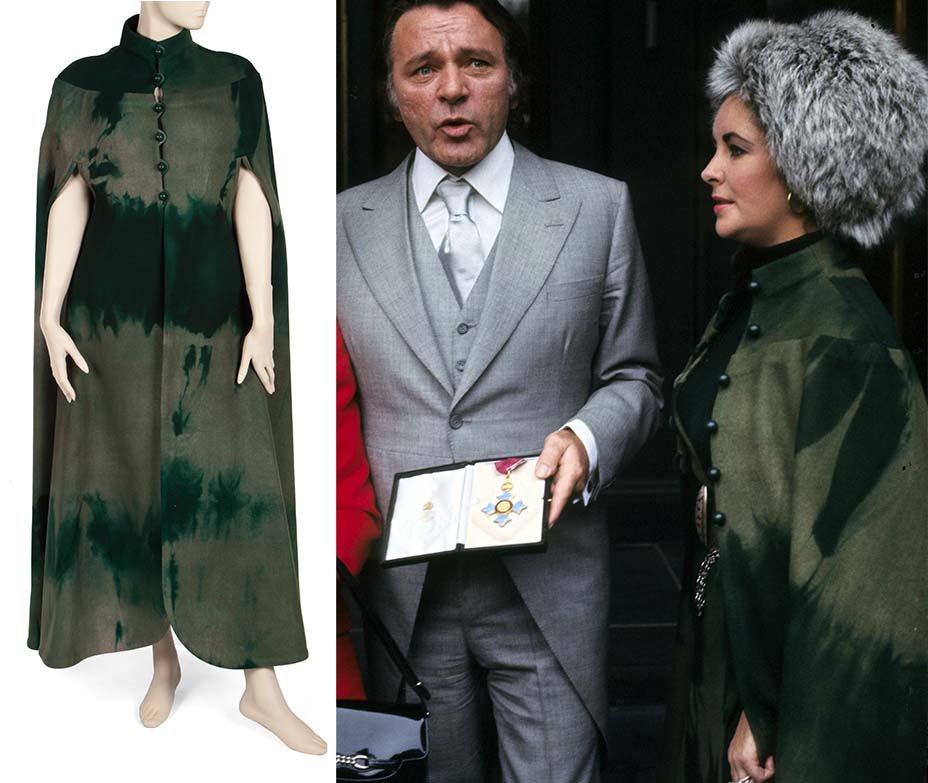 While the total number and assortment of items is still being finalized, Julien’s experts anticipate that the sale should feature more than 1,000 lots, ranging from clothing and accessories to home furnishings, bed linens, tableware and fine art. “This event still presents her as the style icon that she was, but perhaps at a more accessible level,” notes Martin Nolan, executive director for Culver City-based Julien’s Auctions. “The aim is to put together a sale that goes across many price points, from affordable to high end, to give every fan a chance to own something.”

Featuring designers including Gucci, Christian Dior and Oscar de la Renta, clothing in the auction spans decades of Taylor’s appearances, from a green-and-black wool and felt tie-dyed cape she wore when Richard Burton received his OBE at Buckingham Palace in 1970 to the studded black leather Versace biker jacket she wore for her 1992 appearance on The Tonight Show Starring Johnny Carson. 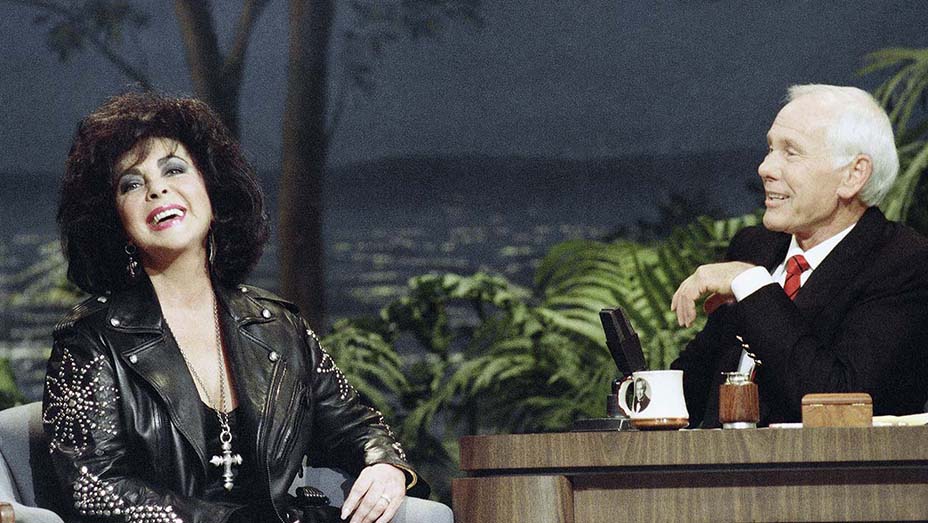 “That was just a few months before Johnny Carson retired, and it was her only appearance on his show, so it was a major television event,” Nolan points out. “That she chose to wear that Versace biker jacket also speaks to a side of her personality we didn’t always see — a fun side.” The cape carries an auction estimate of $6,000 to $8,000, while the Versace jacket is estimated to fetch between $4,000 and $6,000. 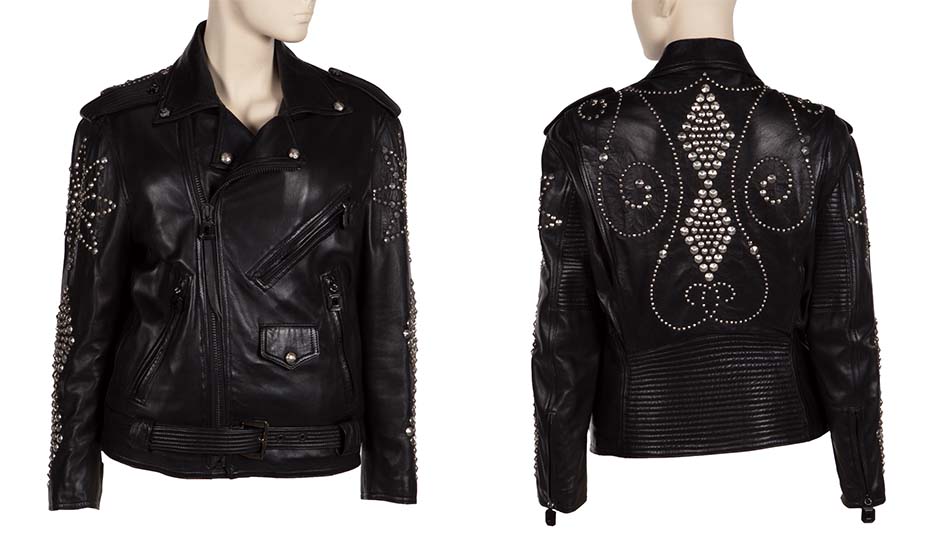 That playful element of Taylor’s personality is likewise reflected in pieces like a Cartier plated sterling silver belt (a gift to her mother, Sara Sothern). Taylor had purchased one belt for herself (that piece sold at the Christie’s auction for $52,500) and a matching style for her mother; below the Cartier marking, she had it inscribed, “To My Hippy Mom/All my love, Elizabeth.”

Also among the auction items is a set of Bottega Veneta luggage, comprised of five hard-side suitcases and one soft-side bag. While vintage luggage is currently a hot item at auction, what’s sure to draw interest is the lavender-hued luggage tag Taylor had affixed to each piece, bearing a single word: “Mine!” (A set of Louis Vuitton luggage sold during the 2011 Christie’s auction likewise included the tag on each piece.) The set is estimated at $2,000 to $3,000. 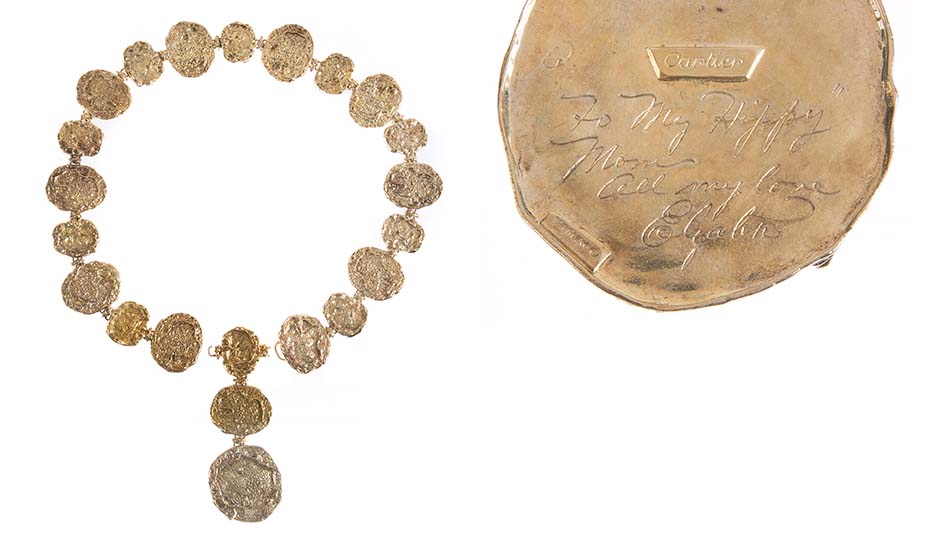 Other clothing items in the sale include costumes worn on screen in 1965’s The Sandpiper and 1972’s X, Y & Zee, a gown Edith Head designed for Taylor to wear to the 1974 premiere of That’s Entertainment, and an Hubert de Givenchy suit and Nolan Miller gown, both worn to fundraisers. “She was in the public eye for most of her life, and always generous with her time for those causes she cared about – even after that previous sale at Christie’s, her archives are still filled with things we’ve seen her wear at various events over the years,” Nolan says.

Taylor’s love of philanthropy, and her passion and activism for highlighting awareness of HIV/AIDs in particular, spawned the plan for the event’s catalog. Julien’s is producing two versions, each a three-volume boxed set documenting the auction lots alongside a look at Taylor’s life and career. The Collector’s Edition will sell for $400, while the Limited Premium Collector’s Edition, a series of 400 produced in Taylor’s signature lavender hue and including a limited-edition photograph, will sell for $1,000, with all proceeds going to the Elizabeth Taylor AIDS Foundation, established by the actress in 1991. 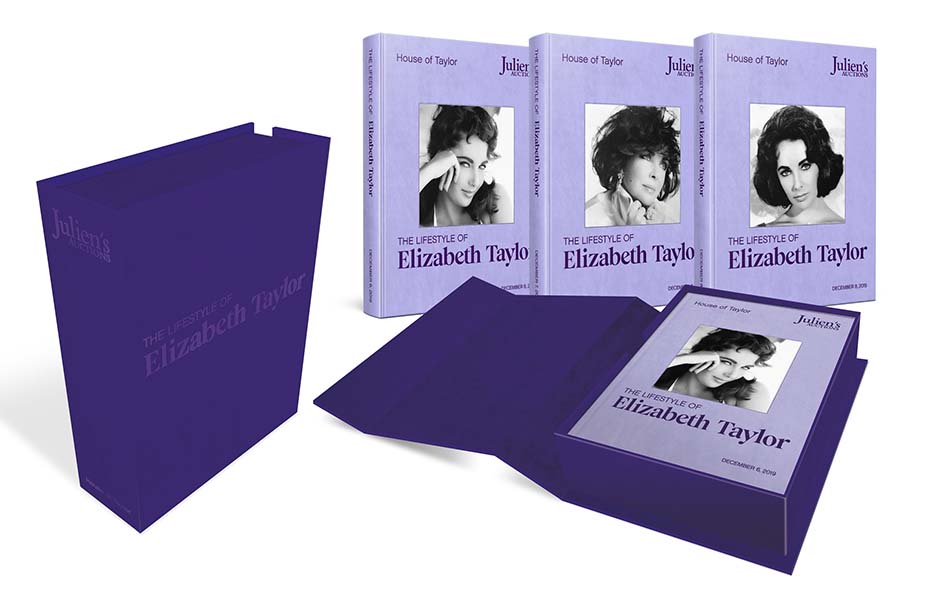 “Grandma devoted so much of her life to her foundation,” Tivey says. “Her work with HIV/AIDS, and her fight against all of the social injustices that run alongside HIV/AIDS, is such an important part of her legacy. It is something that we are proud to honor and carry forth in all the ways that we are able. We want everyone participating in this auction to be able to also participate in that legacy … so the more expensive special edition of the catalog will support [the Elizabeth Taylor AIDS Foundation].”

While this event may not include pieces like the stratospheric jewels sold in 2011 — the “La Peregrina,” a 16th-century pearl Burton gifted to Taylor in 1969, set a record when it fetched $11,842,500 — Nolan nonetheless is confident that bidding will be strong, predicting the sale could top $5 million. “We’ve been talking to House of Taylor for close to five years, with a view of getting them on board and doing a second auction, and that’s partly because there’s still such widespread interest in Elizabeth Taylor,” Nolan says. “We get so many requests — ‘Do you have anything from Elizabeth Taylor?’ — and that speaks to the continued love for her.” 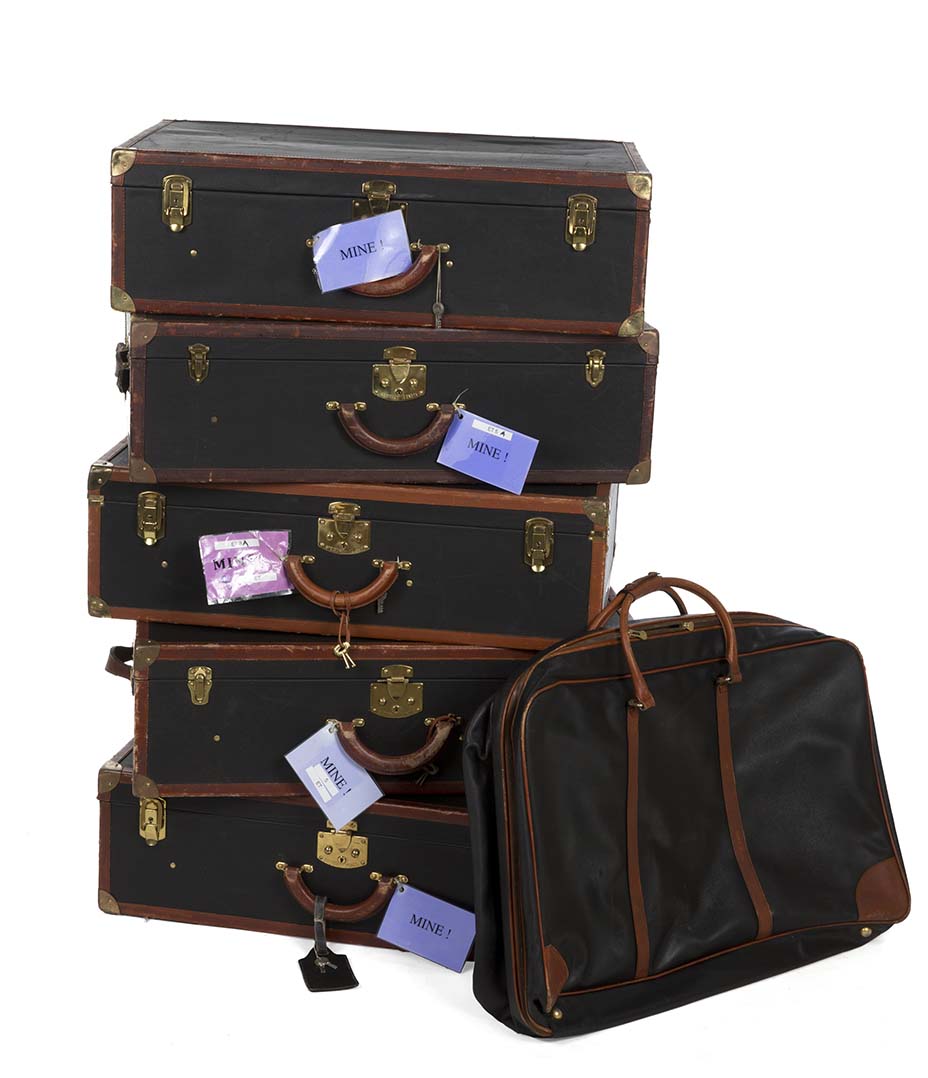 Prior to the auction’s preview Dec. 2 through 6 at the Standard Oil Building, 257 N. Canon Dr. in Beverly Hills, Julien’s will tour the collection, with an exhibition at the Museum of Style Icons in County Kildare, Ireland, from Sept. 2 through Oct. 31, and a rotating preview of items aboard Cunard’s Queen Mary 2 cruise ship during its three-day transatlantic crossing from Southampton, England, to New York on Oct. 18.

“We did it last year with Bob Mackie and have done other voyages where passengers were able to view pieces worn by Marilyn Monroe, Judy Garland or Barbara Streisand, and it’s always a favorite,” Nolan says. “This is Elizabeth Taylor, so we’re likewise expecting this to be a big hit.”

Eight years after her death, why does this iconic actress continue to fascinate? Her grandson believes he knows the answer. “She was a strong, trailblazing, rule-breaking woman who got what she wanted and did things on her own terms,” Tivey says. “[She was] never afraid to speak her mind, while always acting with courage and compassion. That’s inspiring to me.”