It’s hard to miss the increased number of gowns with swishy pleats, feathers and beaded fringe sweeping Hollywood’s red carpets: Whether Givenchy, Michael Kors or Emilio Pucci, the styles are all prime for Instagram’s special video effects. Both Instagram’s Boomerang app and slo-mo video are favorites among the Hollywood fashion crowd, from such stars as Emmy nominee Tracee Ellis Ross and American Horror Story‘s Sarah Paulson to many top stylists. “Anything to make clothing more playful and fun is always welcome,” says stylist Erica Cloud, who adds that her client Mandy Moore, of the Emmy-nominated NBC drama series This Is Us, is an especially “great Boomerang-er.”

It’s not all feathers and fluff: Boomering — and fashion on video in general — is booming. The latest Instagram stats prove that if a picture’s worth a thousand words, a Boomerang has even higher value — there have been more than 1.3 billion Boomerang posts in Instagram Stories since the app’s November 2016 debut, and overall Boomerang use has doubled since January. The amount of time people spend watching videos on Instagram also is up more than 80 percent year-over-year as of June. Says Instagram head of fashion partnerships Eva Chen: “Celebrities want to share every step of the red carpet process, and movement is the new filter: To see sequins twinkle as they swish past on the red carpet — there’s nothing like the expressiveness of video.”

Emmys Flashback: When Stars Styled Themselves for the Red Carpet 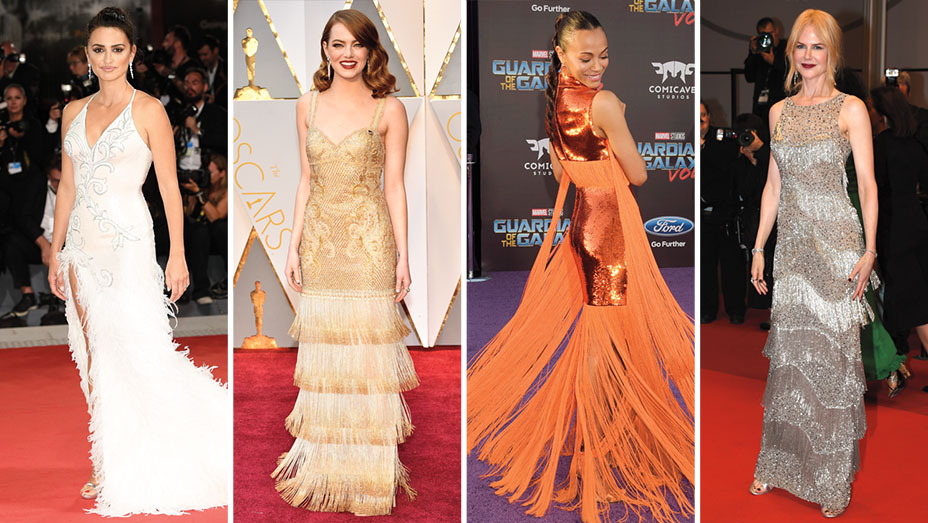 Though stylist Micaela Erlanger, whose clients include Lupita Nyong’o and Meryl Streep, never would select a look based solely on Boomerang ability, she says that preshow fittings do include taking photos to see how a dress will play out on the carpet, which now “inevitably will be disseminated on all social media channels.” Adds Erlanger, “If the dress happens to be the kind of thing you can capture in a fun, behind-the-scenes way, it’s a bonus.”

Another benefit is the ability to help combat preshow jitters. “It’s important for nominees to feel great in their clothing, and these playful videos help to relax and put them more at ease [before the red carpet],” says Cloud. Chapman’s bottom-line advice: “Slo-mo works well for more dramatic looks, while Boomerang is a nice way to capture something fun and flirty.”

This story first appeared in the Sept. 13 issue of The Hollywood Reporter magazine. To receive the magazine, click here to subscribe.