Emma Stone learned firsthand that beauty is pain on the set of The Favourite.

For her first “corset role” — her first time wearing a corset for a part — Stone said her organs shifted after wearing the undergarment for the historical drama, which takes place in the United Kingdom in the 18th century.

She praised costume designer Sandy Powell, adding, “It’s historically accurate, but I couldn’t f—ing breathe,” in an interview on The Graham Norton Show on Friday. Stone said she would smell menthol “and it sort of made me think that I was in a wide open space,” then “be back to not breathing” for the first month of filming.

“After about a month, my organs shifted because they have to,” Stone said. “It was only temporary, but it was gross.”

She continued, “The bottom half of my stomach, whatever, I’m not a doctor, whatever is in there, went down that way, and I guess just my ribs stayed up.” Stone added that her organs have returned to normal.

The actress, playing Abigail, didn’t have a leaning board and she couldn’t sit while wearing the corset, so she had to lean against a couch at a strange angle. 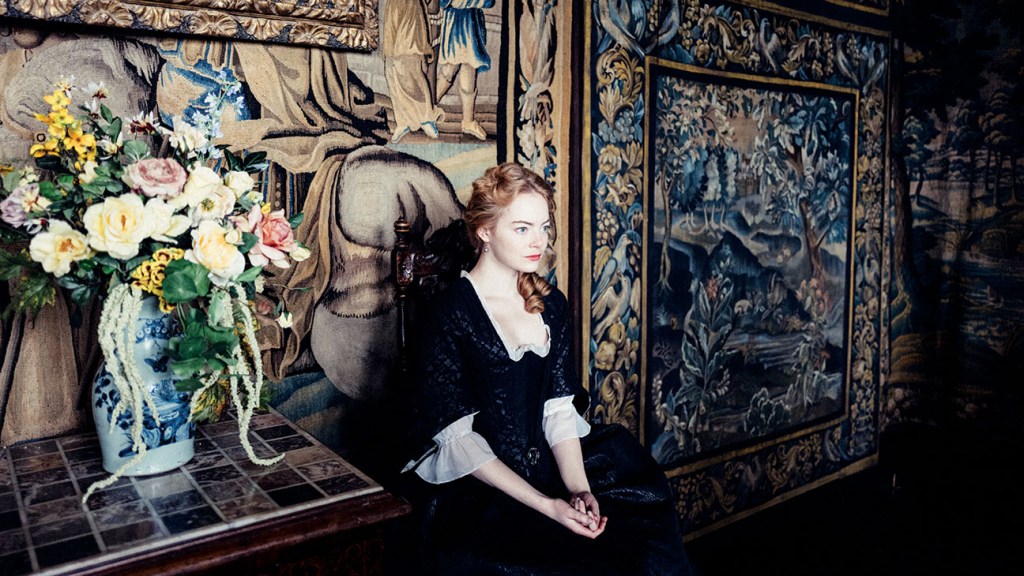 “Honestly women existed in that for such a long time, which does give you a lot of sympathy for that time period, what you were going through.” She added with a laugh, “So don’t do it if you don’t have to, but I was grateful.”

Melissa McCarthy, who was on the show with Stone, exclaimed, “What!” upon hearing how Stones’ organs shifted. Show guests Eddie Redmayne and Jude Law also chimed in.

Redmayne said he could relate since he’s done a lot of corset work. “Quite a few,” he said, including a production of Shakespeare’s Twelfth Night playing Viola with Mark Rylance playing Olivia. “[The designer] made these corsets, it was at if they were from the 16th Century, whale bone and he tightened me into it. And he had worn corsets all his life and basically his body went into this extraordinary kind of thing,” Redmayne said. “So I have had some sympathy for the actresses.”