The 2018 Emmys will go down in red carpet history as the night the men out-peacocked the women.

If the last awards show season was defined by protesting gender inequality, perhaps this season will be about promoting gender fluidity? That would certainly follow a demographic shift in fashion, with growth in the men’s apparel market currently outpacing growth in women’s. At New York Fashion Week earlier this month, several established womenswear labels spun off menswear collections, including Prabal Gurung and Sies Marjan, showing all styles on the same runway, and unisex labels like Telfar also made headlines. 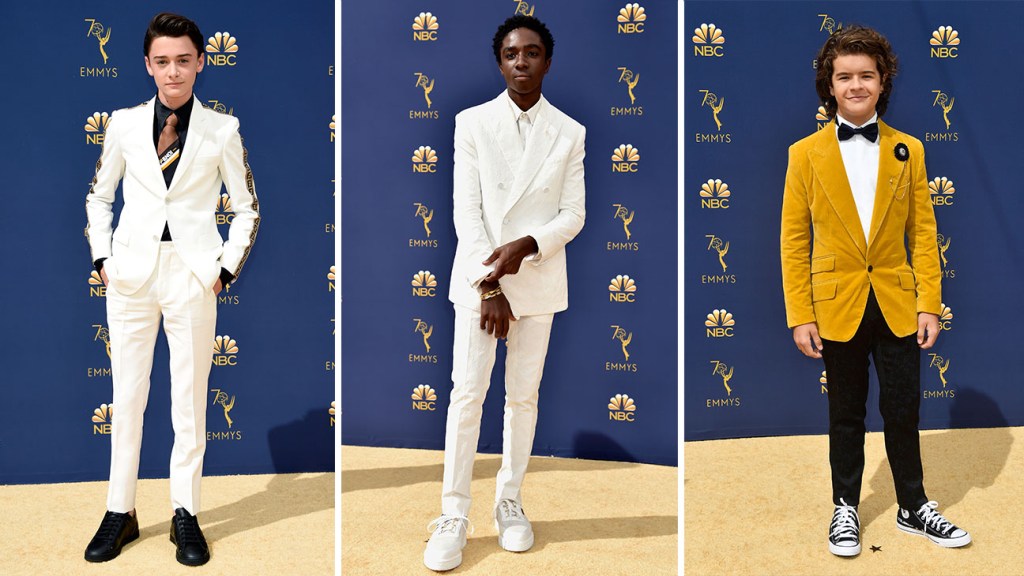 At the Emmys, standout men included the Stranger Things kids, who have come a long way since they showed up in rented tuxes to the 2016 Emmys. This year, they donned grown-up, European designer labels, the cream of the fashion crop. Caleb McLaughlin, 16, plucked a head-to-toe look from Virgil Abloh’s debut spring-summer 2019 Louis Vuitton menswear collection, while Gaten Matarazzo, 16, looked dapper in a mustard velvet jacket paired with brocade-patterned black trousers, accented with a black bow tie, a cool lapel pin (all by Dolce & Gabbana) plus black Converse sneakers.

All of 13, Noah Schnapp wore a beige Fendi tuxedo, paired with a black silk shirt, a logo tie and age-appropriate sneakers by the brand. 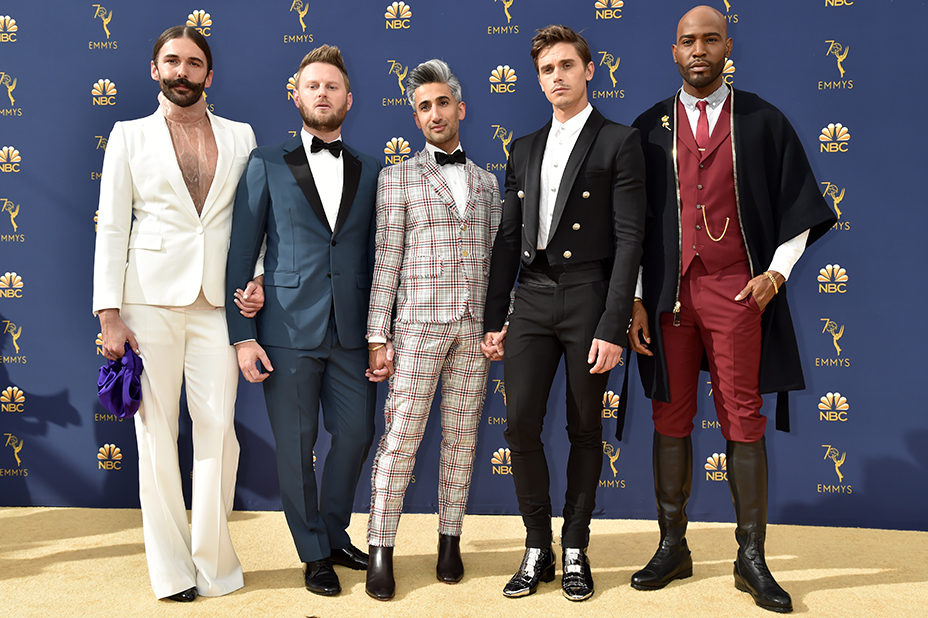 The Queer Eye Fab 5 each worked an individual look all his own, from Jonathan Van Ness’ white suit, tulle turtleneck and purple handbag, to Tan France’s plaid suit and Cuban heels, to Karamo Brown’s maroon suit, black cape and tall boots. It was a fab spectrum of style.

Several women played with gender-bending (or genderless?) looks, including Evan Rachel Wood, who continued her streak of wearing Altuzarra red carpet tuxedos, this one with a dramatic train, and Leslie Jones in an iridescent pantsuit from her go-to guy Christian Siriano. 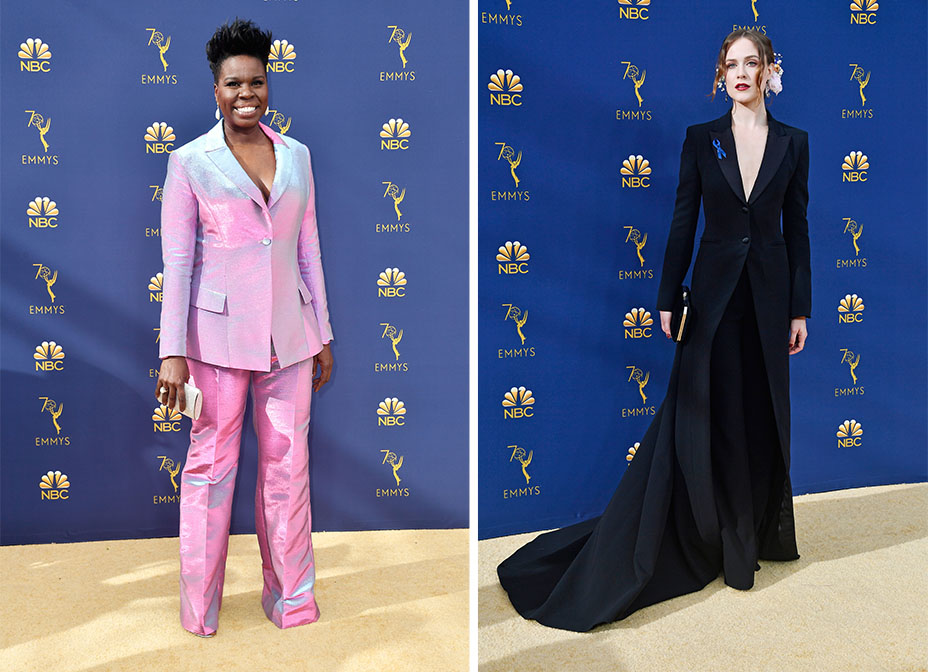 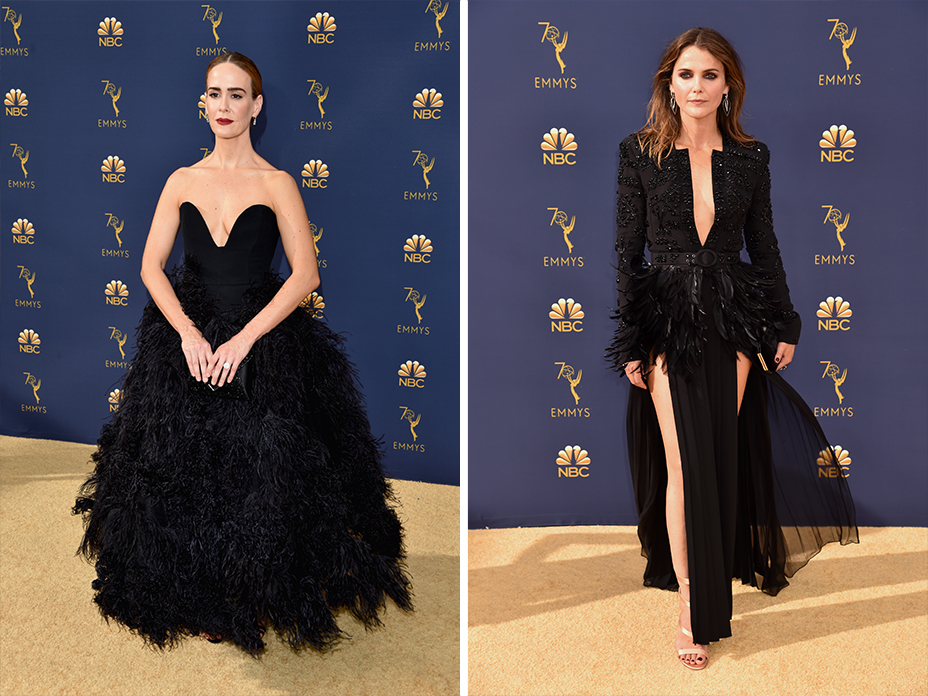 Padma Lakshmi recycled a J Mendel gown she’d worn on a red carpet nearly a year ago in India, and Sadie Sink wore a white faux-leather gown designed by actress Rooney Mara and her made-in-L.A. vegan fashion brand Hiraeth. Several stars, including Allison Janney and Kumail Nanjiani, accessorized with “I am voter” pins to encourage turnout for the midterm elections. 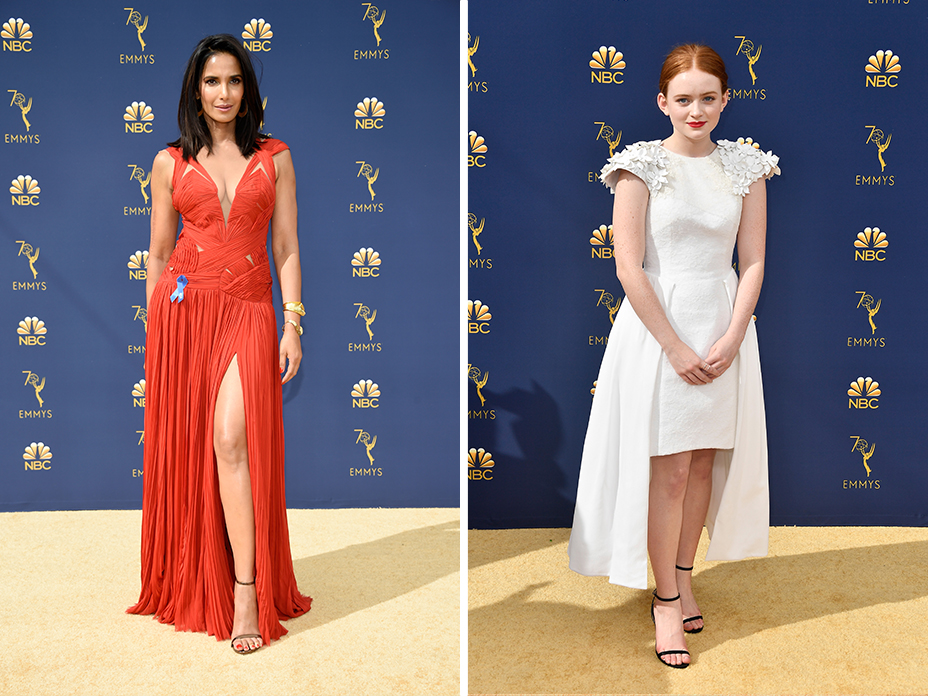 But Jenifer Lewis may have caused the biggest stir with the least effort: The Black-ish star showed her support for Colin Kaepernick’s controversial “Just Do It” ad with a cozy sweatshirt emblazoned with her own call to action: Nike. 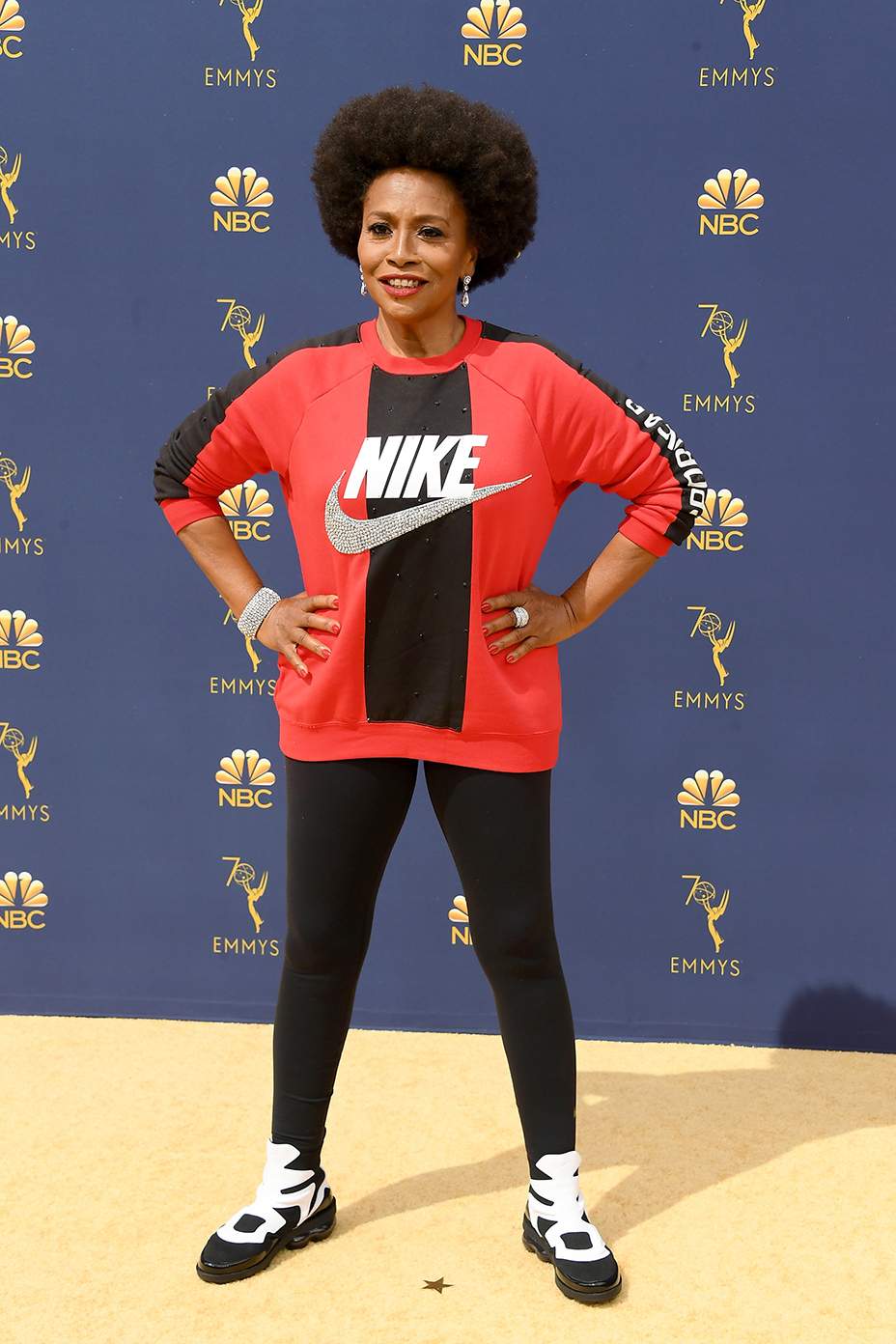