British romance came to Hollywood on Wednesday night with the runway-show debut of the upcoming Erdem x H&M collection at the Wilshire Ebell Theatre. 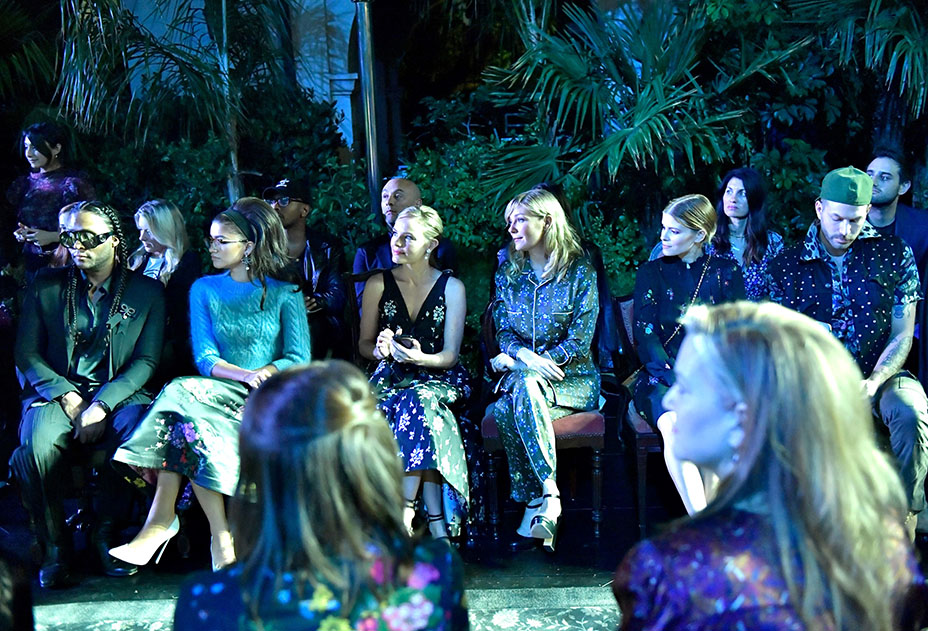 The collection, which is priced between $34.99 and $299 and hits stores on Nov. 2, is full of romantic floral pieces, including holiday-party-ready dresses, a tailored jacquard blazer, an embroidered hoodie, slip-on sneakers and bow-shaped jeweled earrings for women that all have an elevated quality and sophistication. The range also features menswear — a real Harris Tweed blazer, mohair sweaters and frilly poet’s blouses.

Erdem Moralioglu, who was born in Montreal to a British mother and Turkish father and now lives in London, told THR of the collection, “I was thinking about being a high school student and Anglophile in the suburbs of Canada — the way my father dressed in nipped tweed suits and the way my mom had this accordion croc bag with odd jewels on it. Usually my collections I approach with a different narrative, something more cause and effect, but I was thinking for this about more personal things, how my sister used to wear a boy’s blazer over a chiffon dress, for example, and how to make that silhouette modern for today.” 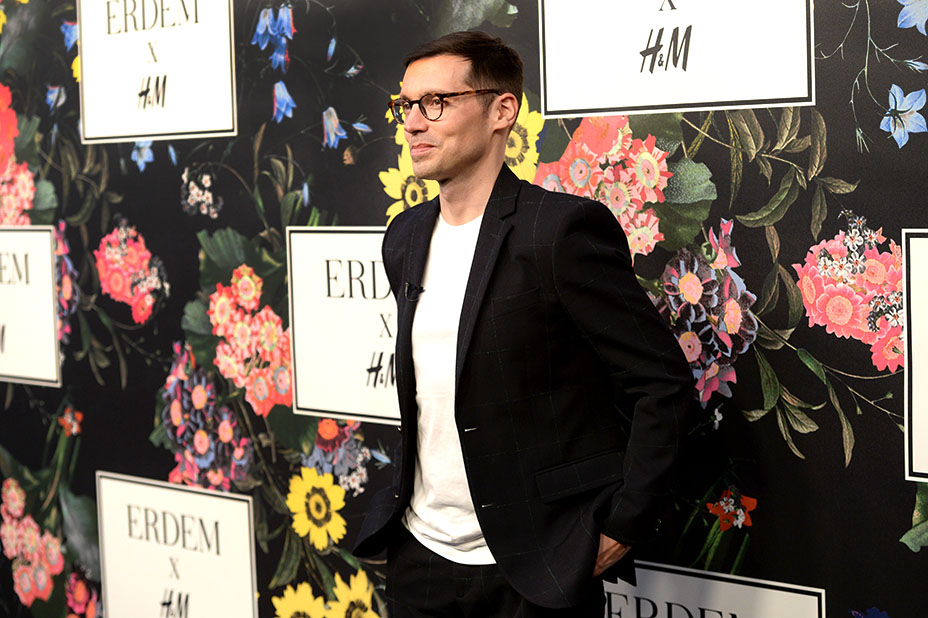 The vibe of the evening was cinematic, with snippets of dialogue from the film Alfie interspersed with the runway-show music and director Baz Luhrmann taking the mic afterward to debut a short film featuring the collection that he made for H&M.

“It’s kind of a poetic trailer for a movie that will never be made, unless there’s a financier tonight who might want to meet me in the pop-up shop later,” Luhrmann joked. “The clothes were the script, which was like nothing we’ve ever done before,” the director added before a grand reveal of the film was projected on the side of the building.

Luhrmann said he particularly enjoyed learning of Erdem’s love of British cinema, including Brideshead Revisited. “There was also a bit of Hitchcock’s Marnie in the collection, with all the tweed,” Moralioglu explained. 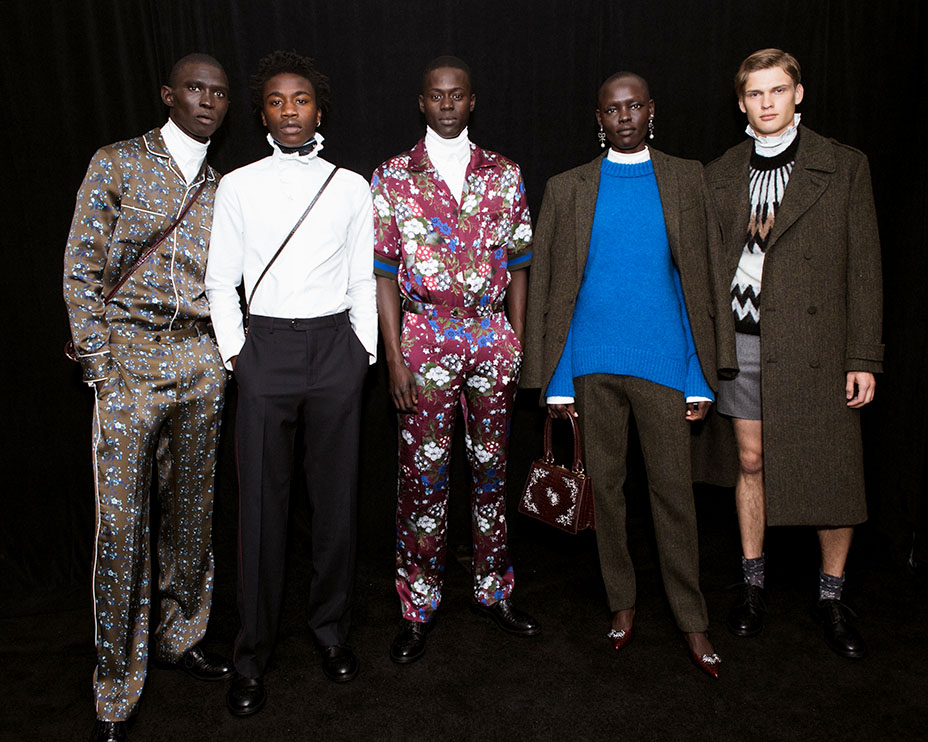 It was the first time the designer had dipped his toe into menswear. “Often with these collaborations, its doing a less expensive version of what you already do,” he said. “But for me, it felt like a new body of work. So many new things I hadn’t done before, like the men’s tailoring and my women’s bag and putting a women’s blouse on a boy. I still had my characters, the students, the poets and the crazy old ladies, but it was new, too.”

See All the Looks From the H&M x Erdem Collection

After the show, guests enjoyed a performance by Grimes and shopped till they dropped at a pop-up shop on-site. 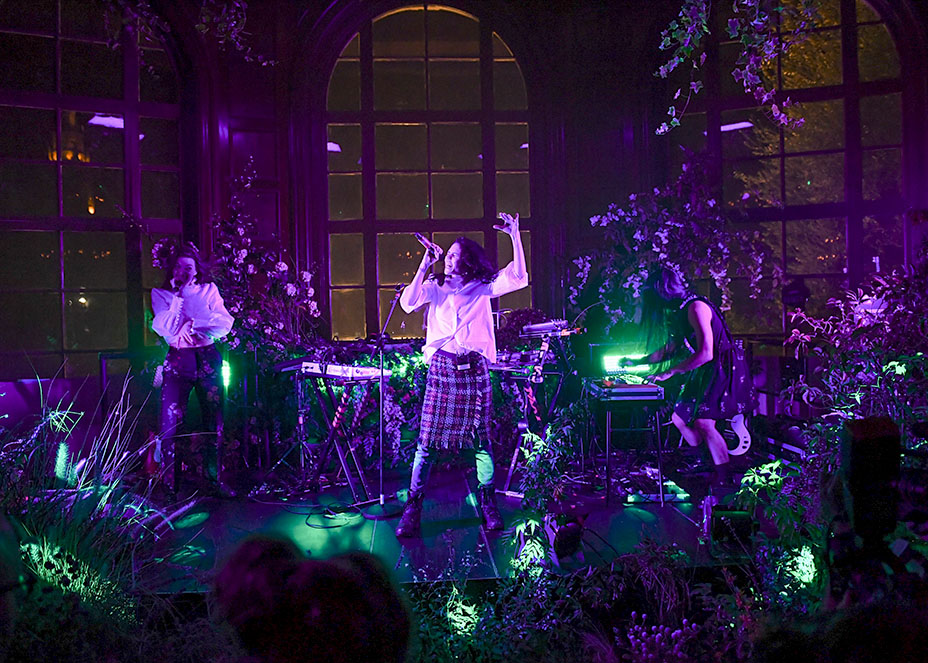