Less than 48 hours before Eris Baker stepped out on the SAG Awards red carpet, Los Angeles-based artist Michale Fredericks was tapped to customize a pair of shoes for the budding fashionista best known as Randall’s daughter Tess on NBC’s This Is Us.

Baker, part of the cast nominated for outstanding ensemble in a drama series, opted for a custom lemon-hued gown and matching head wrap, designed with the help of stylist Neishea Lemle.

Frederick (who has known Baker’s mother since high school) wanted to stay with the Wakanda-inspired look, opting for an “edgy” custom design that was equal parts “New York meets Africa,” she says. 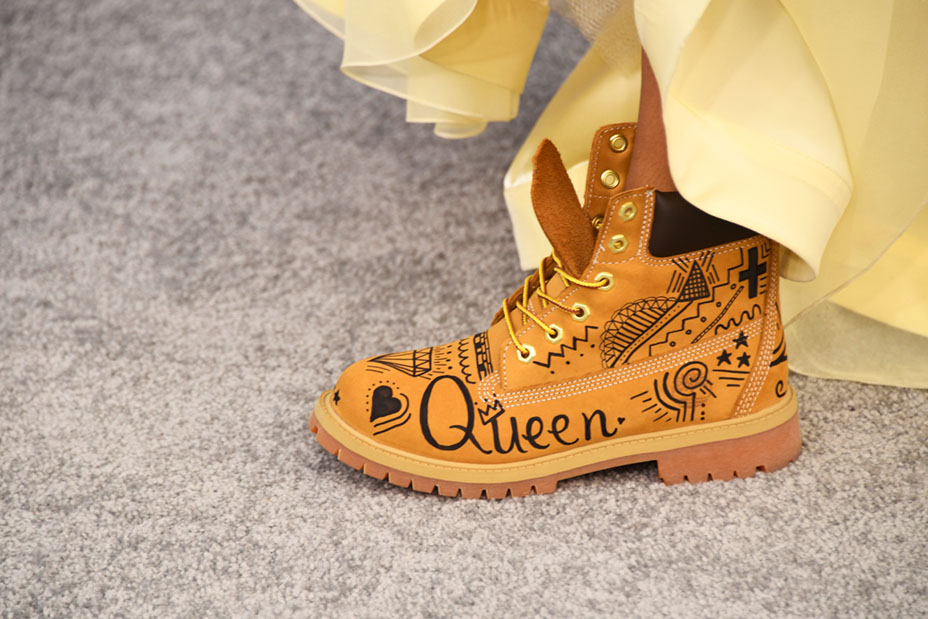 The result: a hand-drawn pair of Timberland boots emblazoned with playful tribal motifs, which peeked out from under the young star’s floor-length gown. Slogans such as “Black Girl Magic” and “Queen” emblazoned across the shoes brought the theme home — and solidified the 13-year-old’s status as one to watch on future red carpets.