Between the pussy hats that came to symbolize the 2017 Women’s March and the Black Panther-style berets that are taking over the runways and sidewalks in New York this Fashion Week, we certainly seem to be experiencing a renaissance in headgear.

But for New York-based milliner Eugenia Kim, who celebrated 20 years in business with a retrospective presentation Thursday at New York Fashion Week, hats have never gone out of style.

“This last week alone we had Beyonce and Kate Middleton wearing our hats,” she said, modeling her “downtown crown” made of an ashtray complete with leather-wrapped “cigarettes.” “Everyone is just loving the individuality.”

“This is one I made for Ben Stiller to walk down the runway in Zoolander,” said Kim, pointing to a madcap nest of yellow quills, “And this, I made for Madonna in 2014,” she said, referring to the black leather “Marina” biker cap with chain detail. 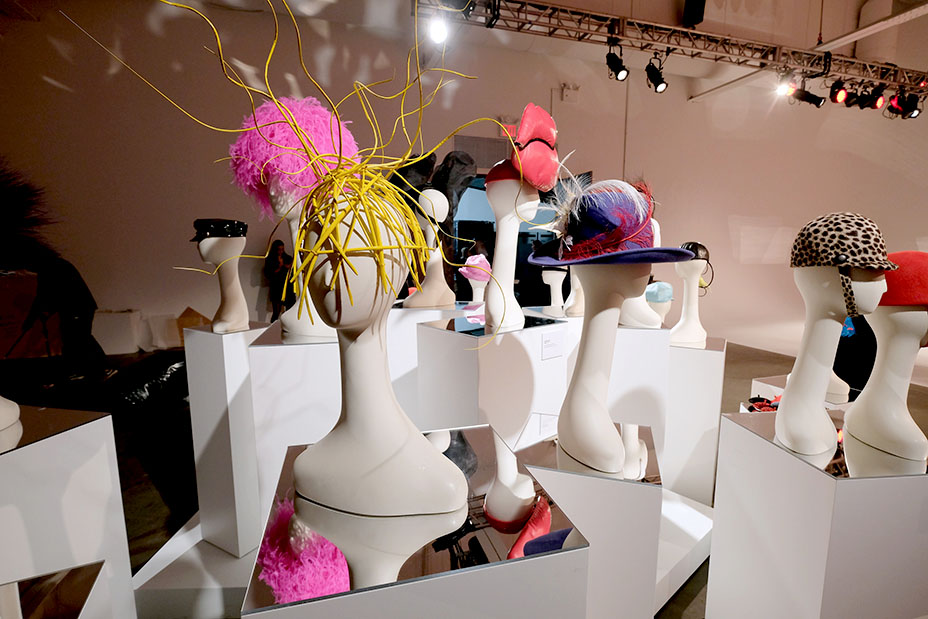 The “Do Not Disturb” wide-brim straw sun hat is another popular design. “But right now, it’s all about the Beyonce beret,” said Kim, referring to the black leather topper Mrs. Carter wore on her Instagram feed last week, a style that Kim since has christened “the Carter.”

“Every time she wears something of mine, I sell thousands,” said the designer. “One time she was wearing one of my mouse double pompom knit hats to a Lakers game with Jay Z, and I sold so many of those afterward — and it was in February, which is the end of hat season.” 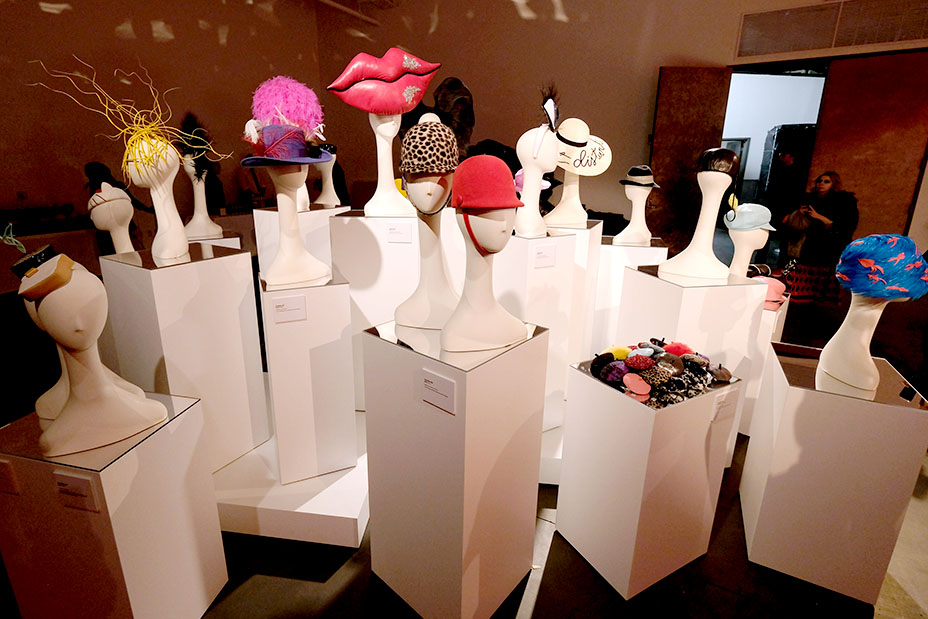 Showing off two food-themed styles, one with a piece of toast on top and the other fashioned after a piece of sushi, Kim said, “I can turn anything into a hat,” before proudly calling attention to her very first design, a feathery blue-and-orange creation inspired by Matisse’s “Goldfish” painting. 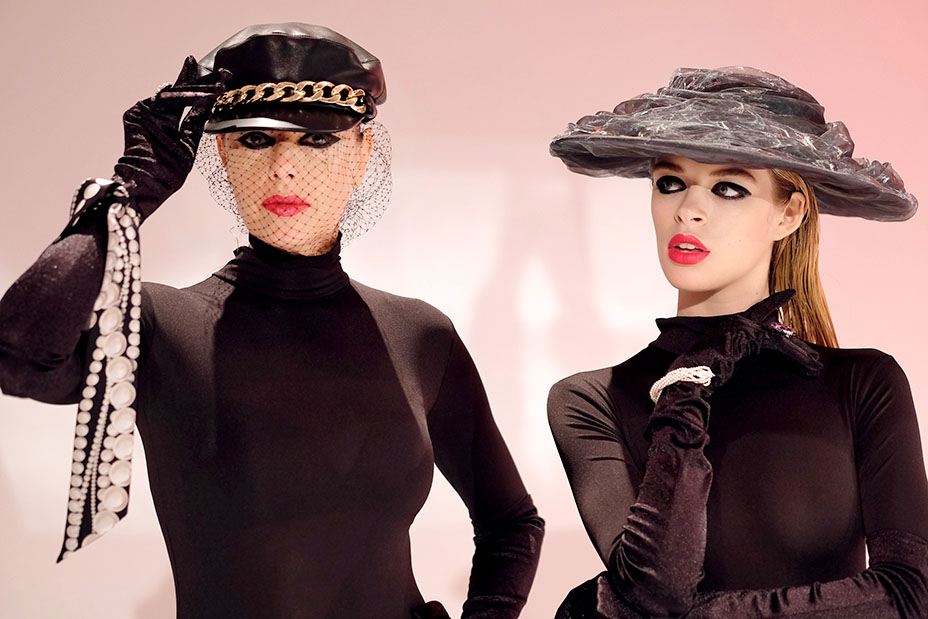 She also presented her newest creations for fall 2018, including a cheeky leather bags emblazoned with the word “Iconic,” and a white equestrian hat with dramatic multicolored plume. Watch Beyonce’s Instagram — it could be the next beret. 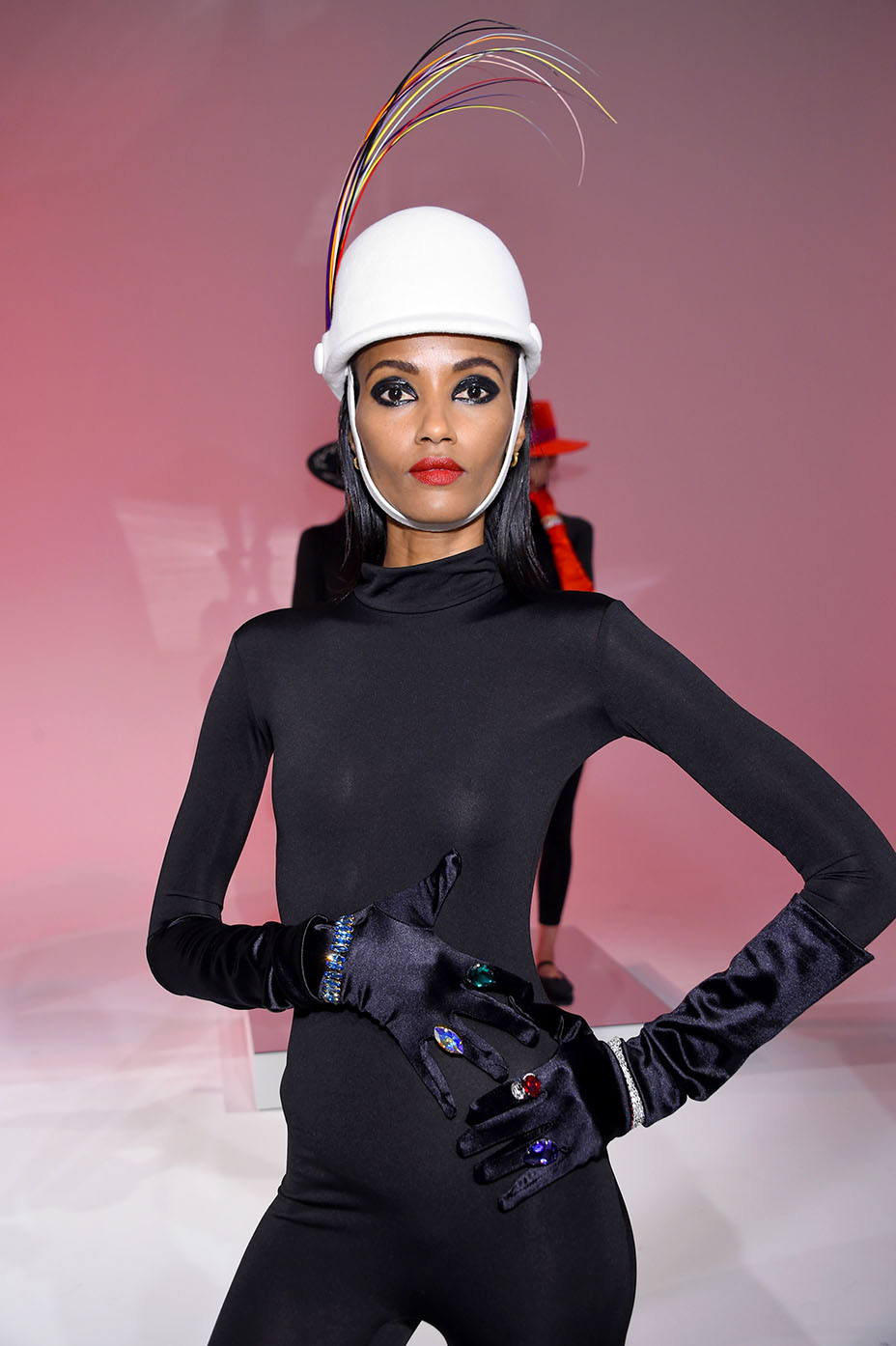