A party to celebrate a buckle? That’s right, but a very special buckle.

Evan Rachel Wood, rocking Strass sneakers, and fiance Zach Villa brought their band Rebel and a Basketcase to perform against the Hollywood skyline, even if it was a bit socked in with fog, while Kate Bosworth, Demi Moore, Kate Upton and Langley Fox sipped palomas by the swimming pool, decorated with disco balls floating on the surface. 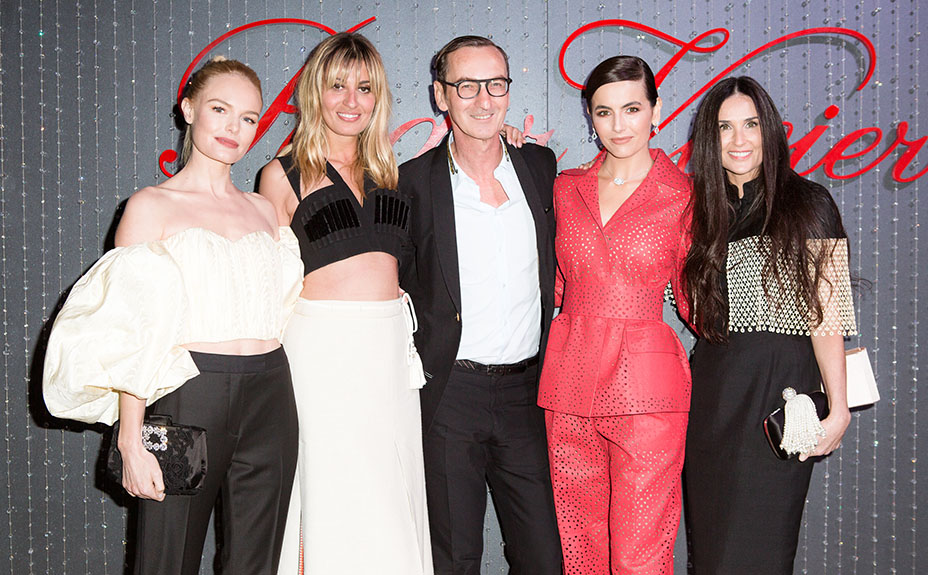 The event was in celebration of the 50th anniversary of the 1967 film Belle de Jour in which Roger Vivier’s iconic buckle first appeared. The erotic female fantasy stars Catherine Deneuve as a middle-class French housewife (dressed in Yves Saint Laurent dresses and skirts cut just above the knee and Roger Vivier pumps, natch) who decides to spend her afternoons as a prostitute in a luxurious brothel. Since the film’s release, the buckle has become part of the brand’s design DNA, appearing on mirrored leather pumps, satin slides, pearl-encrusted clutch bags and haute sneakers, as modeled by guests at the soiree.

Frisoni says he was a fan of the film long before he started designing for Vivier, “It’s an iconic director, Luis Bunuel, and the whole story is incredible. Catherine Deneuve is wearing the Vivier shoes and the Saint Laurent look, she’s this kind of very proper women on the exterior, but she’s not inside.” 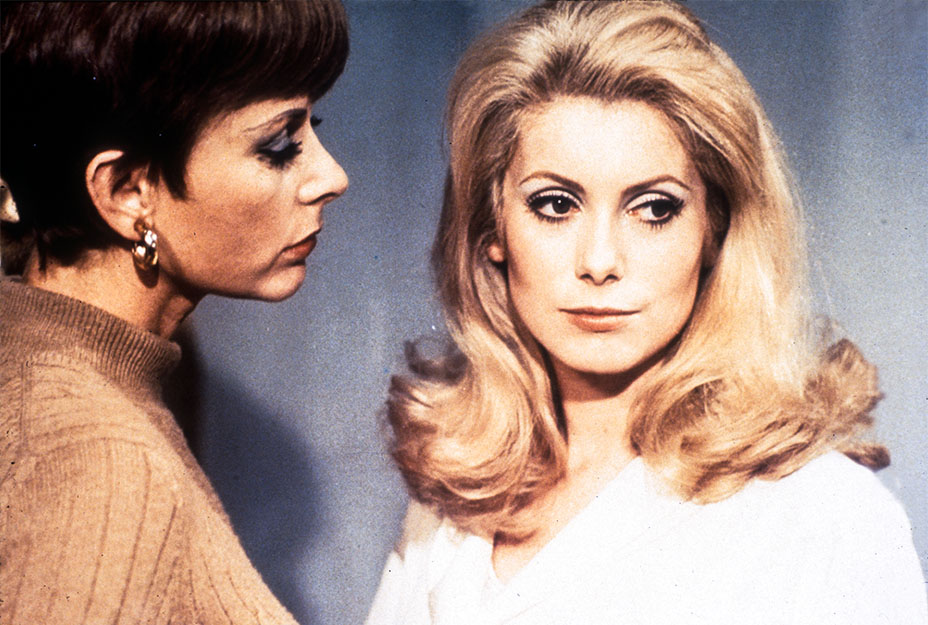 “At that time, fashion was still really important in the movies,” Frisoni continued. “And still today, when you meet actors and actresses, they only get into the part when they have found the costume and accessories.”

It felt right to celebrate in L.A., bringing the house’s history back to the film capital, he said, and in the shadow of the Hollywood sign, even if it was a bit cloudy to see it. Frisoni said, “We can’t read the sign, but we know it’s there. We can feel it.”