To achieve the look, Kudo applied one coat of OPI GelColor in ‘March in Uniform’ followed by another coat of a custom blend of OPI ’s ’Amazon AmazOFF’ and ‘Sun, Sea, and Sand in My Pants’, before adding an intricate GG logo design in ‘Pump up the Volume’. 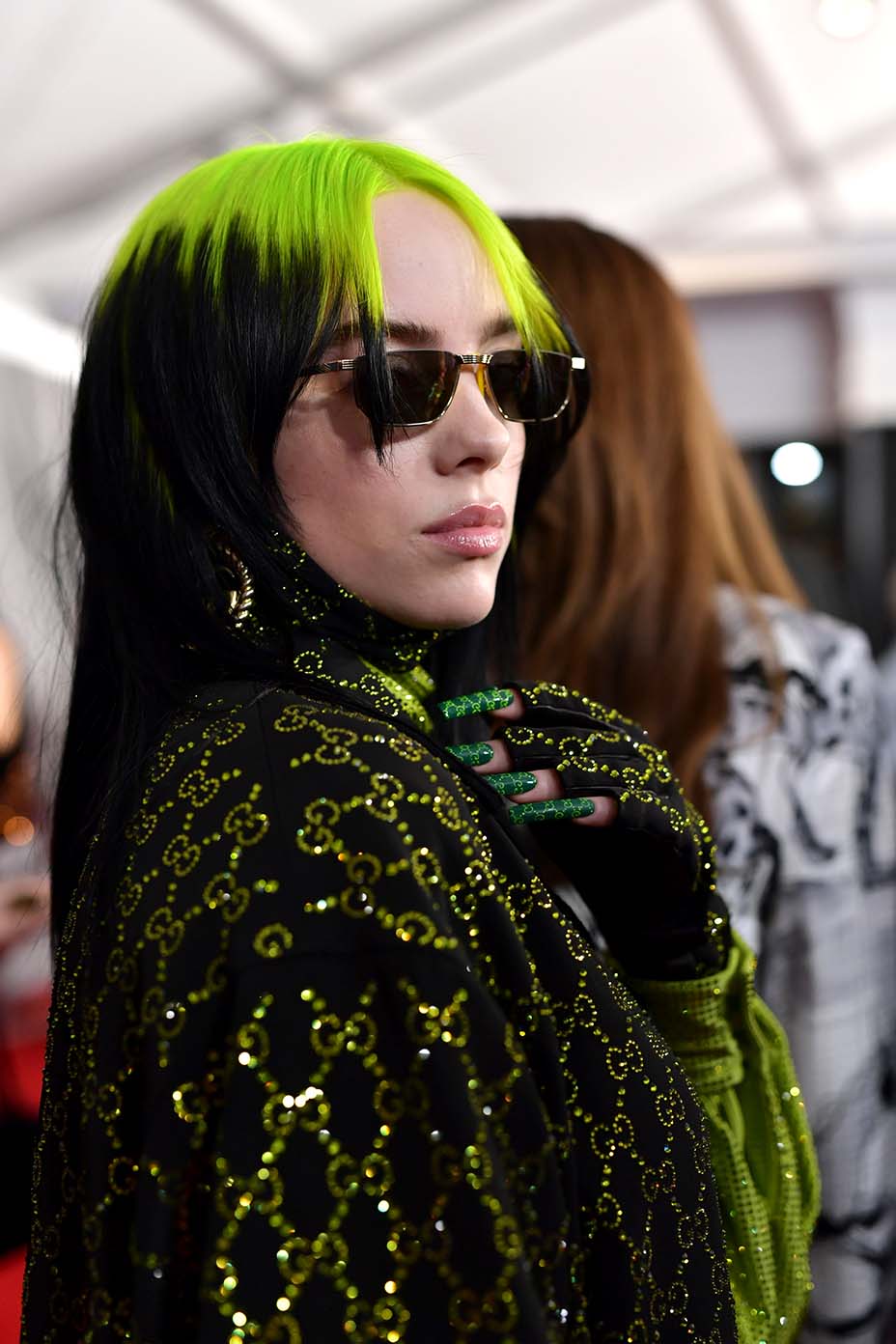 Lizzo, who was nominated for eight Grammys, had longtime nail artist Eri Ishizu paint a gold number ‘8’ on each nail and attach crystals onto each tip. Dressed in all-white custom atelier Versace and $2 million worth of Lorraine Schwartz jewelry, the “Truth Hurts” singer opted to go monochrome on the night even down to her white nail polish — a combination of Christian Louboutin Nail Color The Nudes in Madame Est Nue and Metalinudes. 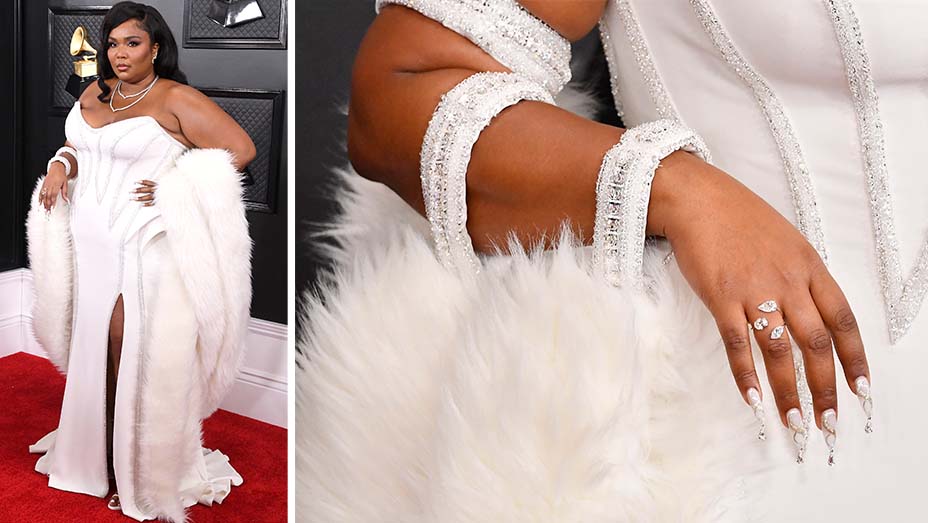 The most show-stopping look of the night, however, came from Spanish singer-songwriter Rosalia, who is known for her love of outrageous nail art  and sported a heavily bedazzled crystal set. “Since I was 16, I used to love nail art,” she explained on the red carpet. “And now it just got crazier and crazier. I wanted to prepare something special for the performance, and it’s really shiny.” 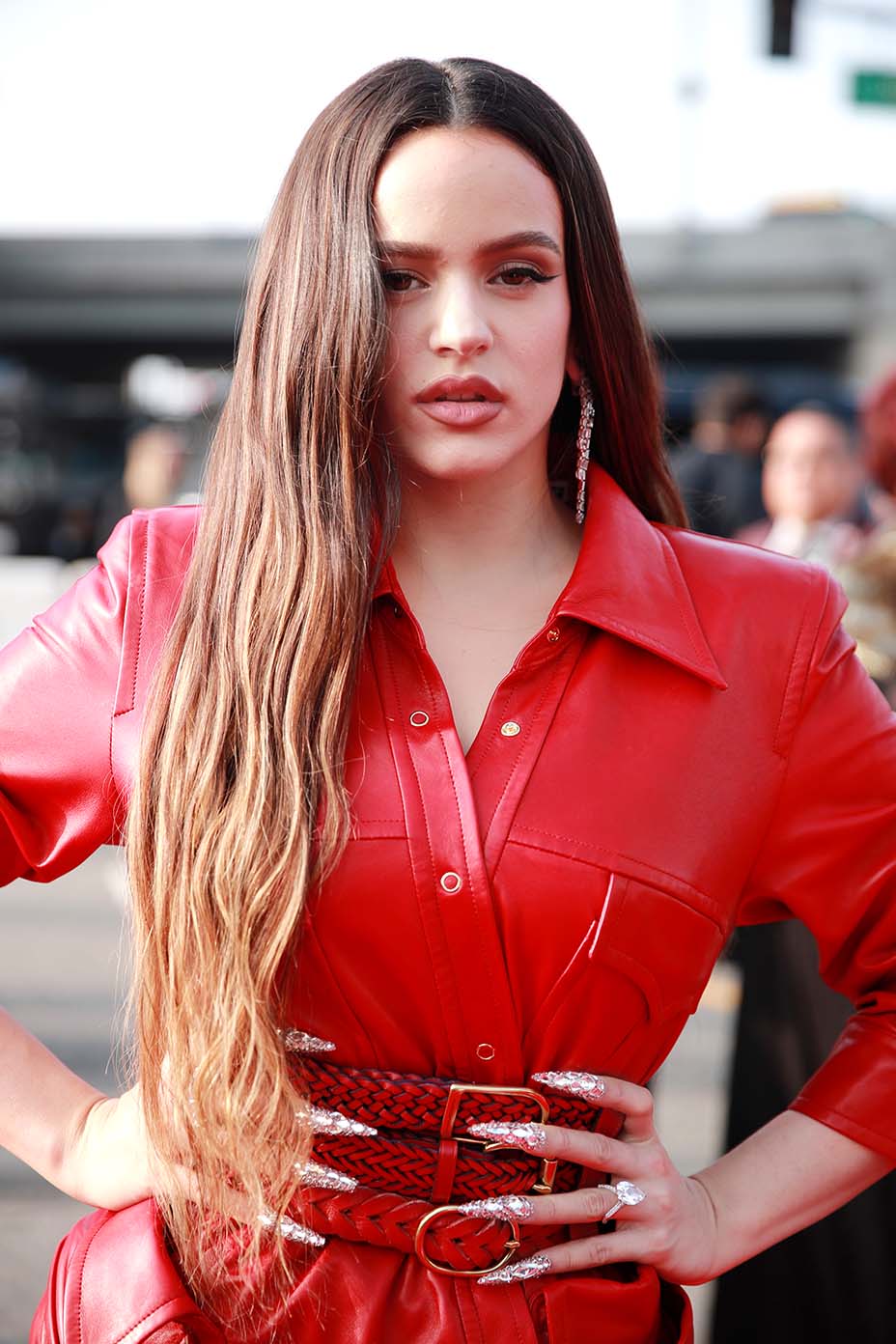 In a tribute to late Los Angeles Lakers star Kobe Bryant, who was killed earlier on Sunday in a helicopter crash, actress Priyanka Chopra, who was attending with husband Nick Jonas, also painted the number ’24’ on one of her nails.