Friendship is always a hot topic on the Tony Awards red carpet, a reflection of New York’s tightknit theater community, and relationships played a big role in the fashion seen Sunday evening as well. 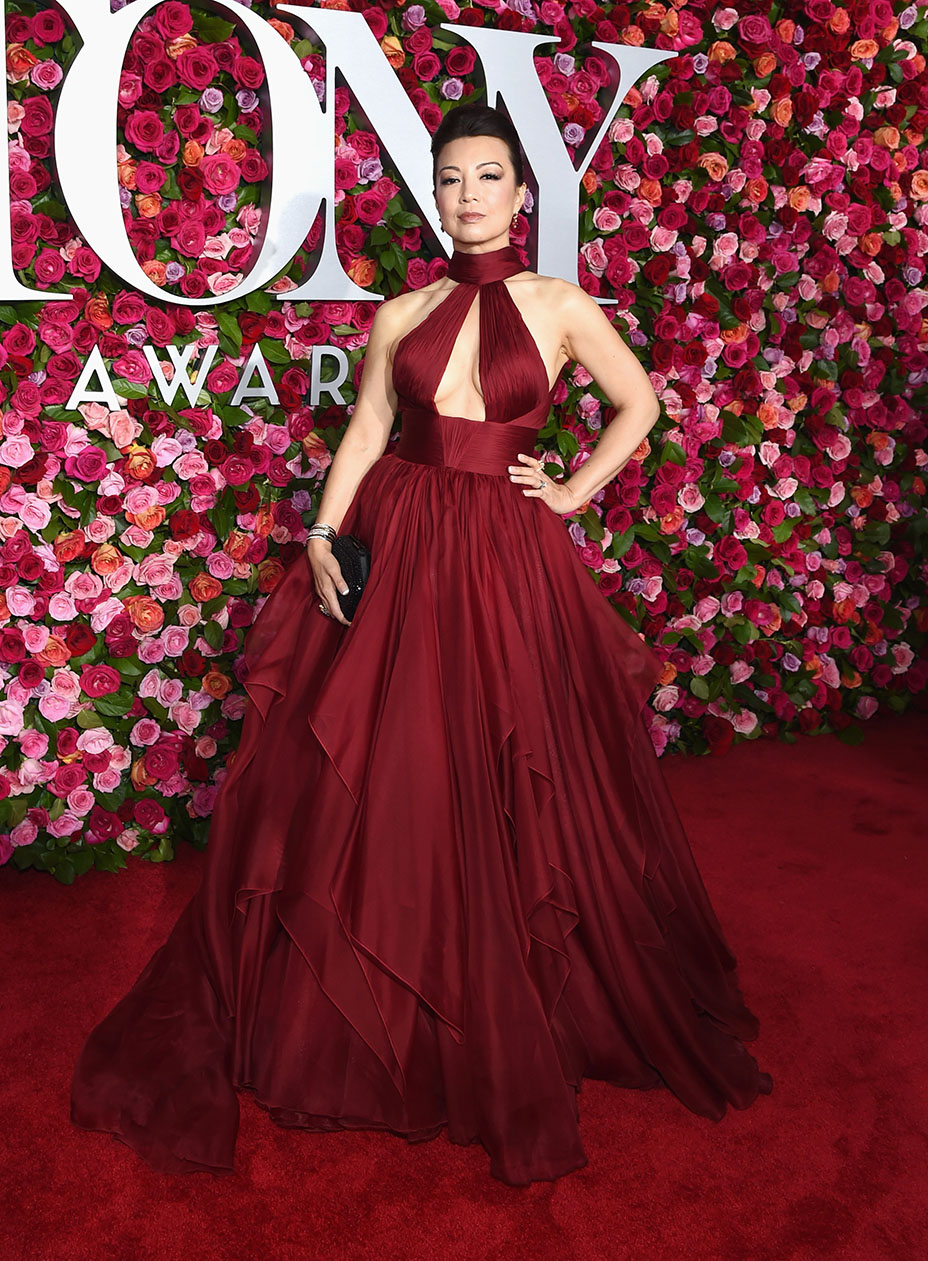 Ming-Na Wen, in a burgundy chiffon gown by Mark Zunino, and lifetime achievement honoree Chita Rivera, wearing a red one-shoulder gown and matching beaded jacket by Randi Rahm, each referred to the designer of her custom gown as “a really great friend,” with Rivera adding that the New York-based Rahm “really cares about the theater community.” 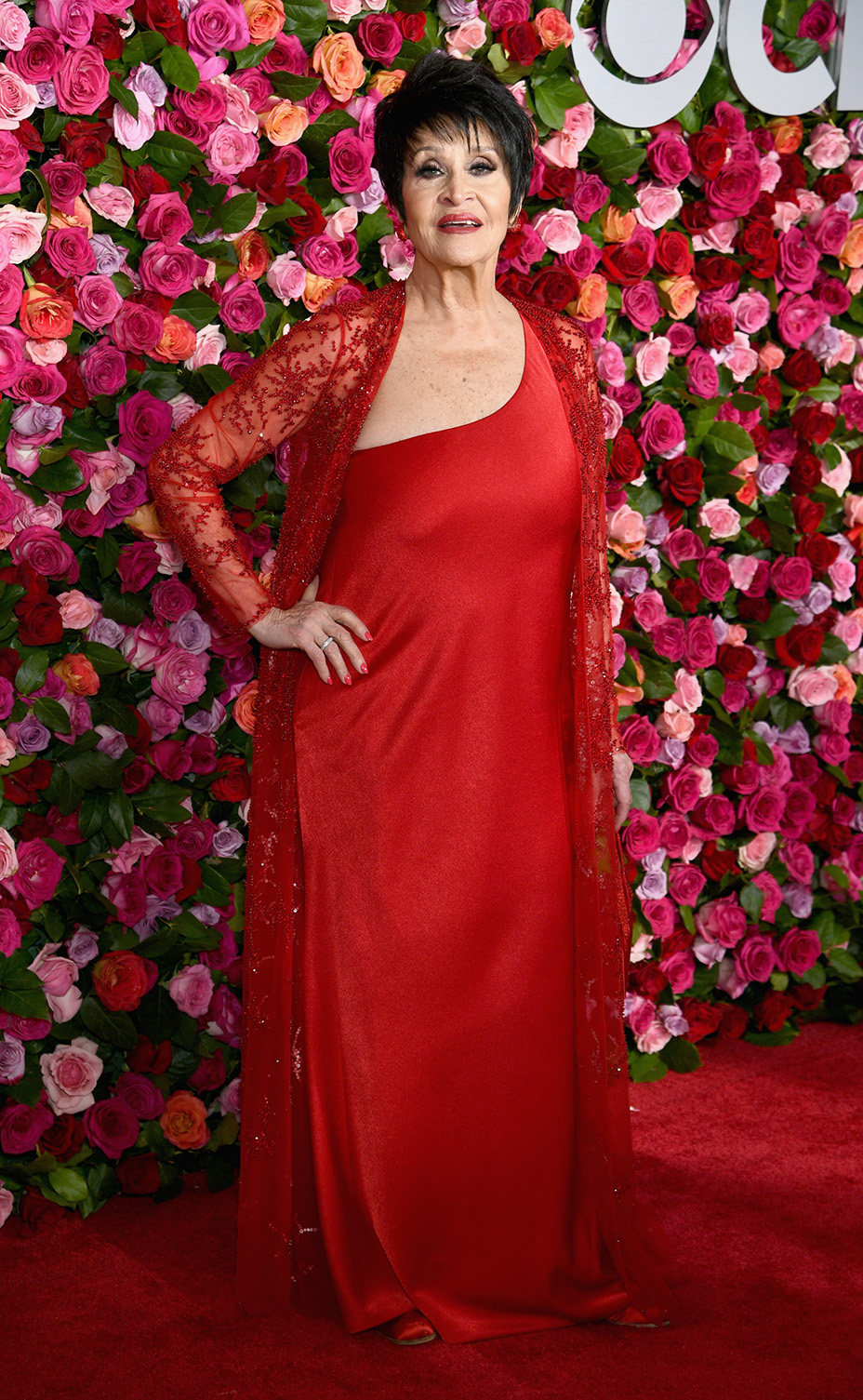 Nominee Renee Fleming (Carousel), in a vibrant fuchsia gown with sculpted shoulder details, echoed that sentiment a few minutes later. “Vera Wang is a good friend of mine, and I called her up and said, ‘Vera, this is a big deal, will you help me?’”

'Surface' Team on Twists and Turns in the Gugu Mbatha-Raw Thriller: "You Won't Know What to Expect" 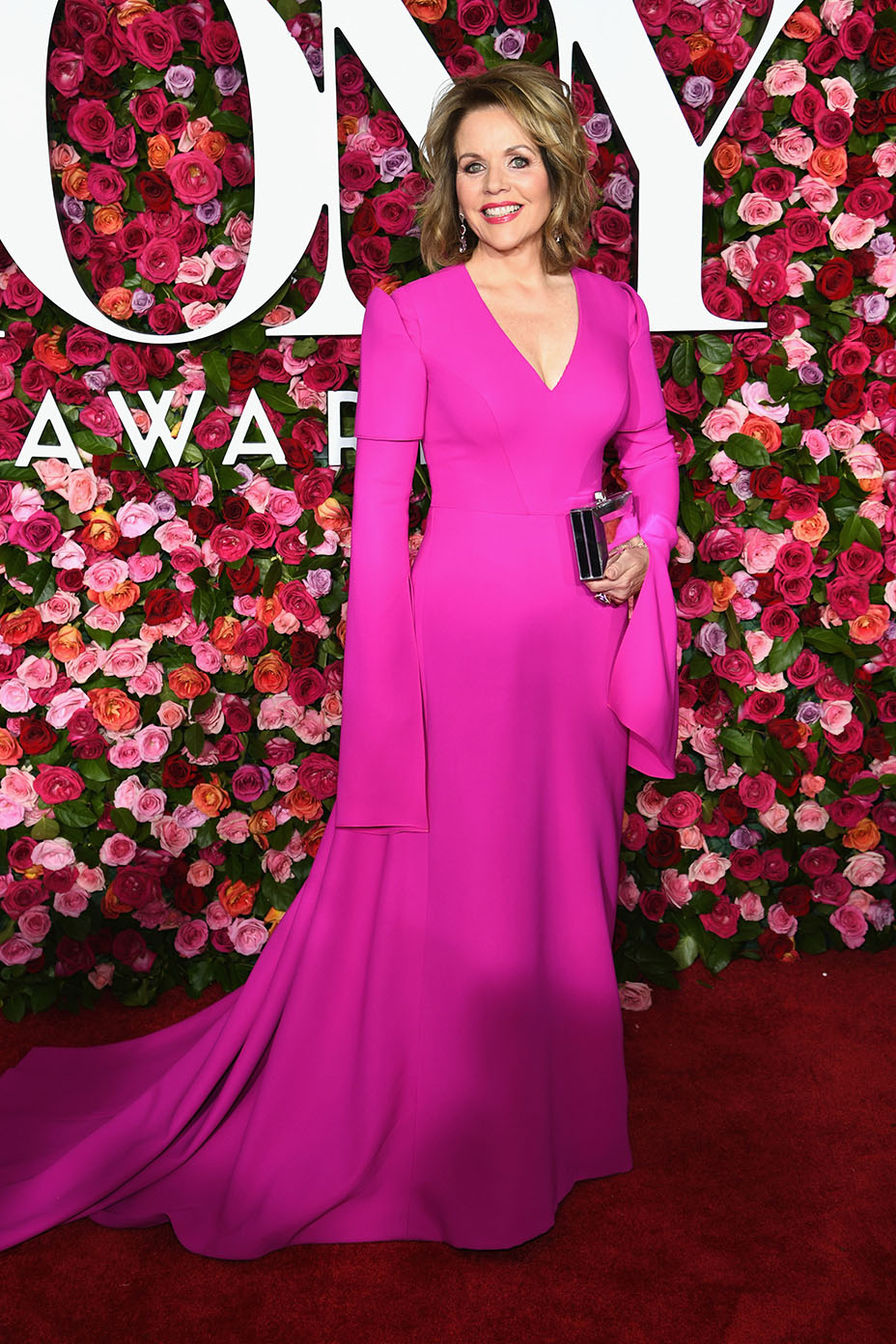 Such moments of solidarity extended to the men’s looks as well, especially as castmembers from The Boys in the Band began to trickle in: first Zachary Quinto in a navy tux, followed by Andrew Rannells in emerald green, Matt Bomer in sapphire blue, and Jim Parsons in a wine-hued suit, only revealing when lined up together for the ensuing photo frenzy that they had enlisted British designer Paul Smith to craft their coordinated looks. 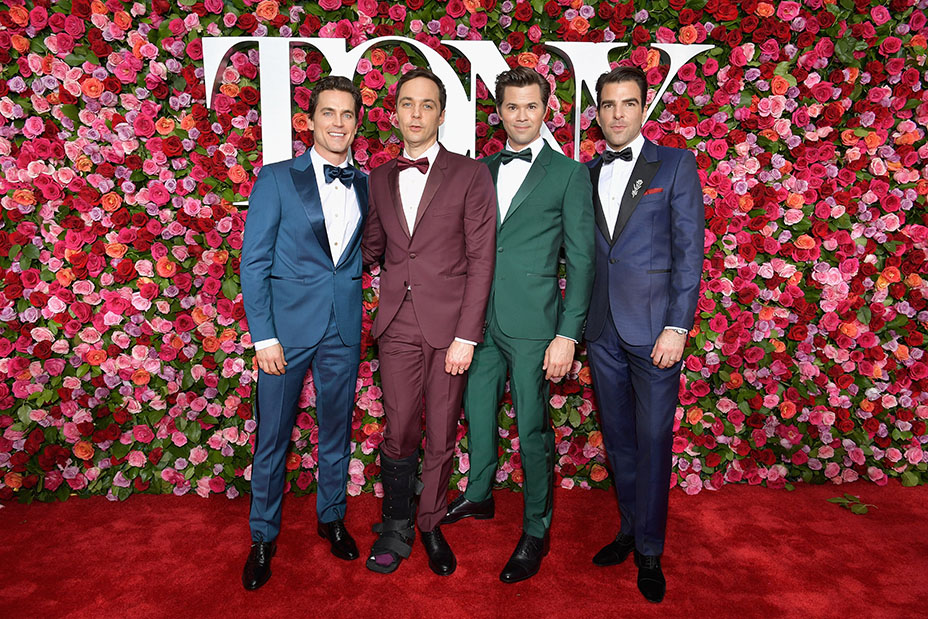 Evening suits in bright tones felt more prevalent than basic black, including the lavender Givenchy tux jacket worn by Joshua Henry, nominated for Carousel, and the blue-degradé suit worn by Angels in America producer Jordan Roth, likewise designed by Givenchy artistic director Clare Waight Keller. “She created my look for the Angels in America opening and also for the Met Gala, so it just seemed right that she be here with me tonight as well,” said Roth, who would cap the night with a Tony for best revival of a musical. 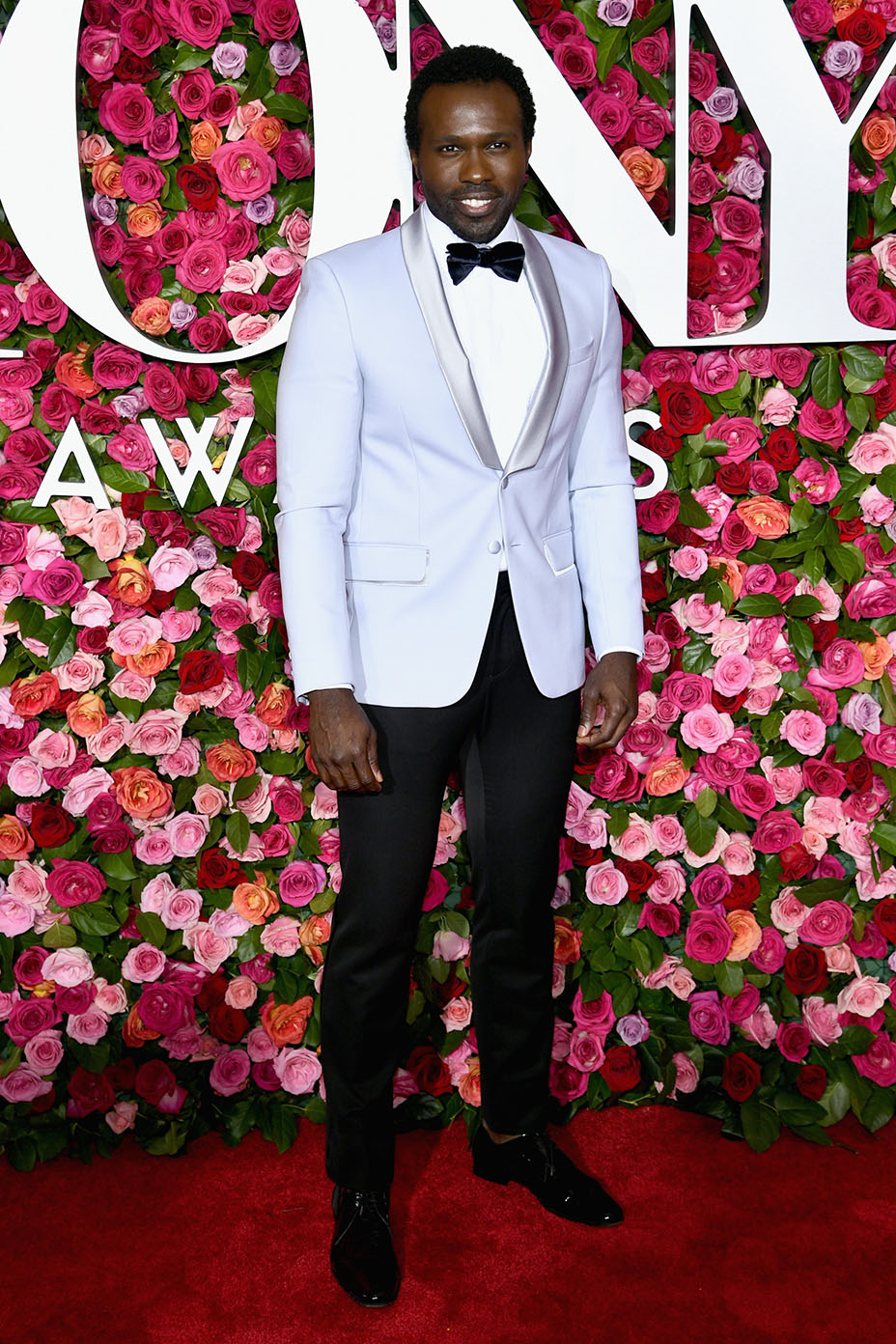 Four years ago, Vogue editor-in-chief Anna Wintour stepped in to add a dose of much needed glamour to the Tonys red carpet, which had taken on an air of forgotten stepchild in the awards event rankings. This year, stylist Micaela Erlanger once again was enlisted to work with Broadway actors and actresses who might not have the easy access to A-list designers that routinely reach out to stars of film and television. 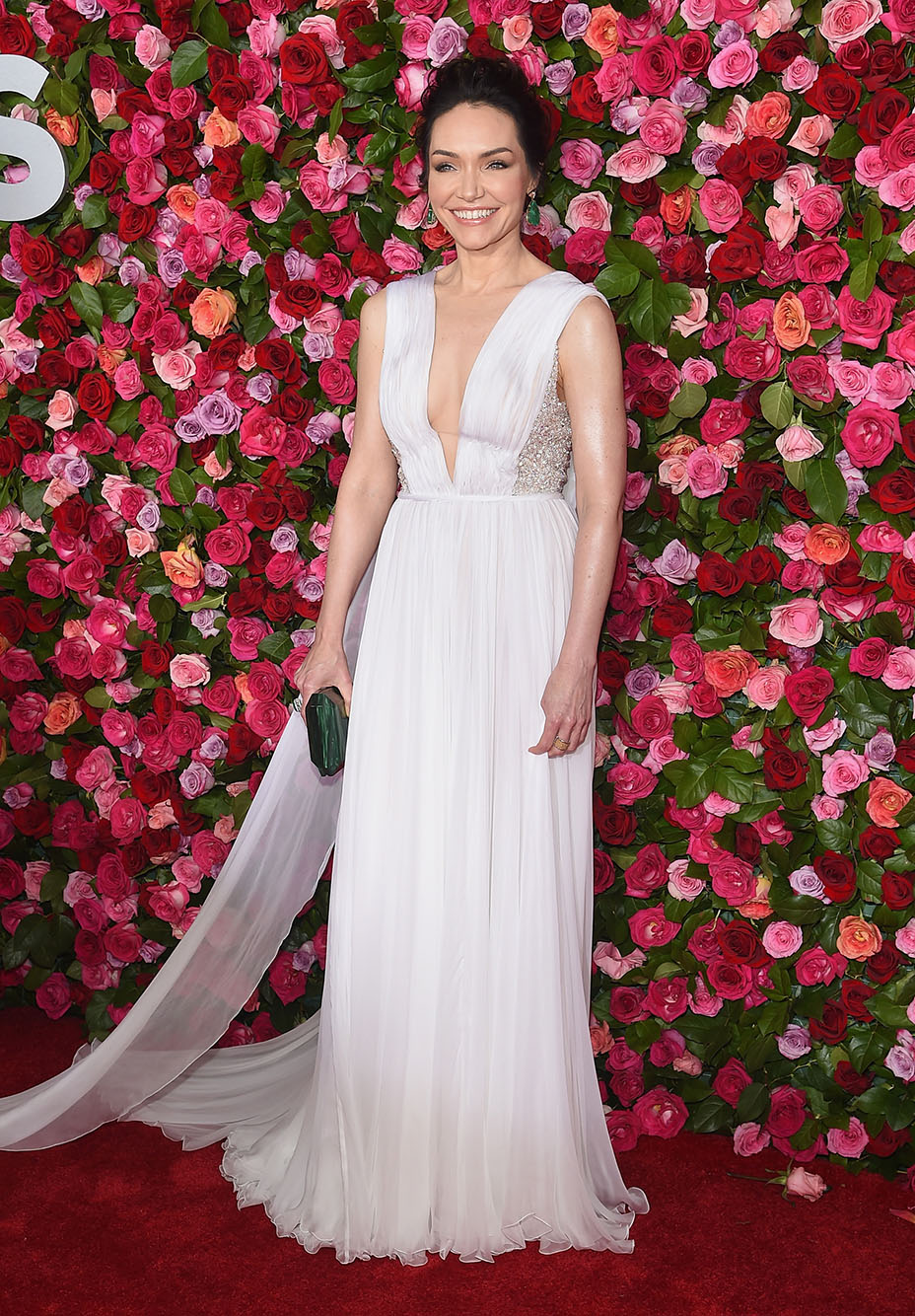 With her heavy-hitter roster of contacts, Erlanger was able to assist actresses such as Mean Girls nominee Ashley Park, who wore a violet degradé tulle gown by Pamella Roland. Stylist Lee Harris, meanwhile, worked with Katrina Lenk, who won a Tony on Sunday for her work in The Band’s Visit, looking utterly ethereal in a custom Georges Chakra gown and pear-shaped emerald earrings by Lorraine Schwartz. Lenk’s sartorial choices put her on equal fashion footing with the likes of Claire Danes, who wore Valentino, and Carey Mulligan, in a high-neck floral gown by Giambattista Valli. 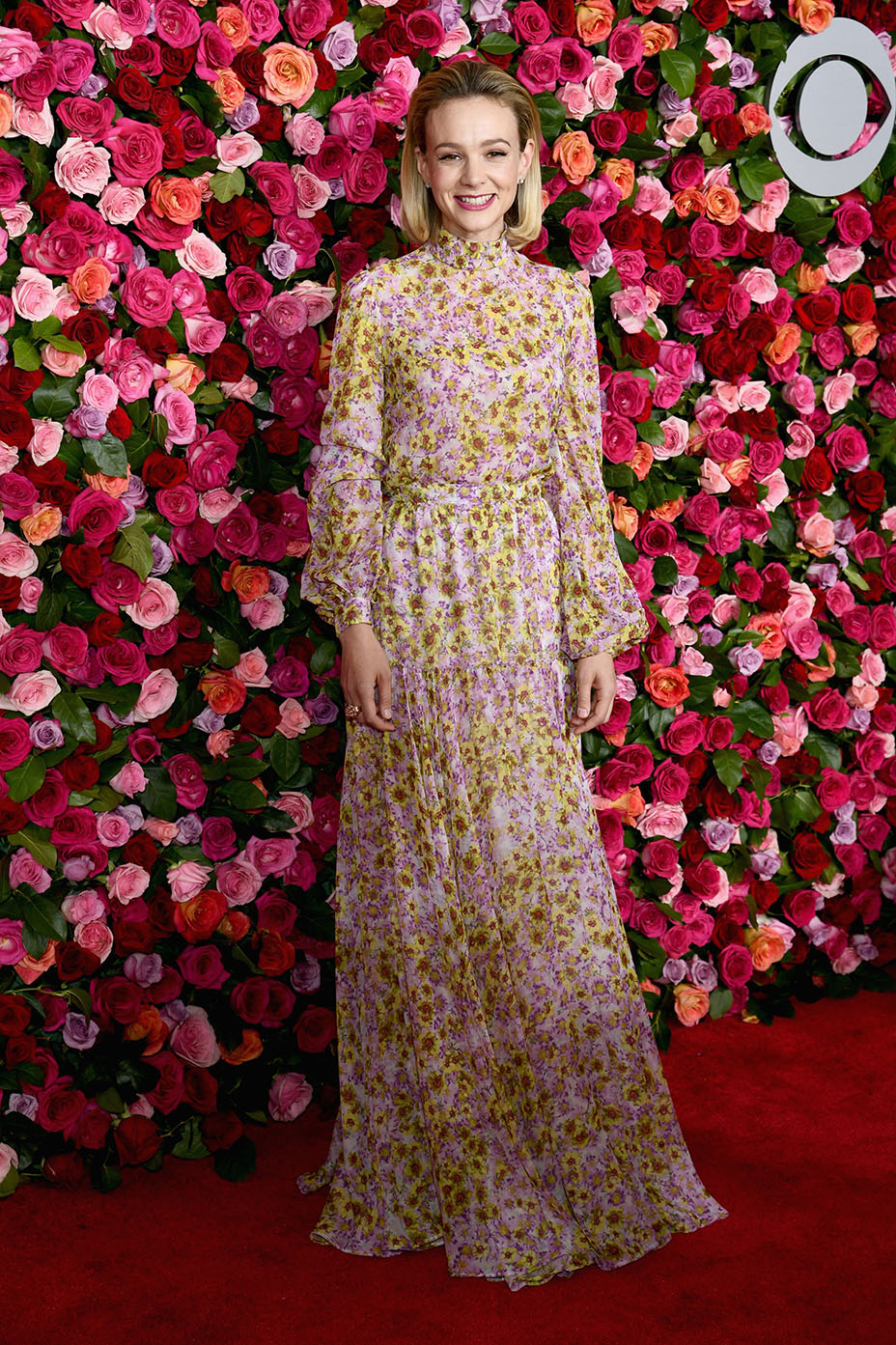 (Floral also proved to be a trend on the Tonys red carpet, from Mulligan’s choice to Bee Shaffer’s Alexander McQueen and Rachel Brosnahan’s rose-print Dolce & Gabbana gown, which blended almost too well with the rose-embellished red-carpet backdrop). 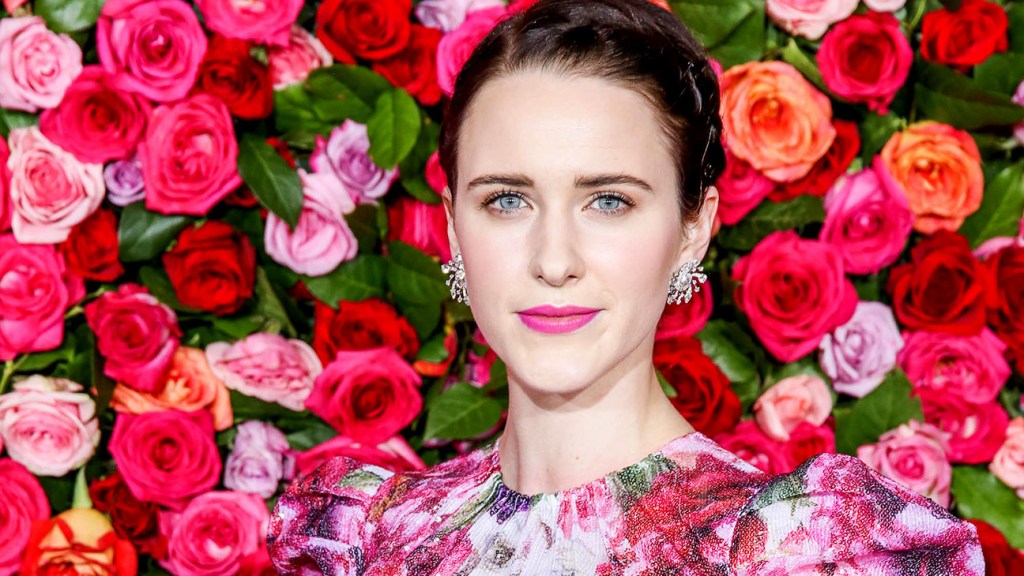 “Obviously, we do it because we adore the theater and really want to support the community,” explained Wintour, who wore a floral-appliqued gown by Prada. “It’s such a generous community that really brings the arts together, so anything we can do, we’re happy to do.” That also meant the fashion community was out in force on the Tonys red carpet, including Michael Kors with Tiffany Haddish; Zac Posen with Tavi Gevinson (Posen also outfitted Katharine McPhee and Tatiana Maslany); Joseph Altuzarra with Indya Moore; and Wes Gordon with model Grace Elizabeth, who wore a floral-embroidered evening suit that reflects his first work as creative director for Carolina Herrera. 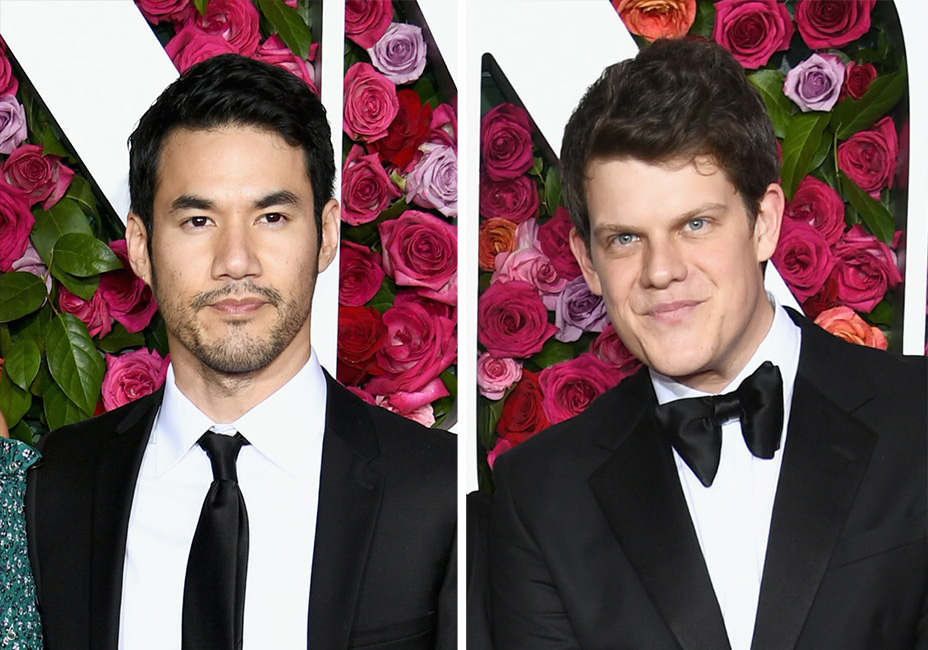 What did Wintour love on Broadway this season? “It’s wonderful that it’s such a great year for women,” she said. “There is Glenda Jackson and her amazing cast for Three Tall Women or Tina Fey in Mean Girls, and the great young actress [Lauren Ambrose] in My Fair Lady, reinventing it for this #MeToo year. I guess I’m rooting for all the women. Sonia Friedman, the producer, has so many amazing shows up for awards; I hope she has a very successful night.” (Friedman and her production company indeed would later capture an award, the Tony for best play for Harry Potter and the Cursed Child, Parts One and Two, while Jackson, as many expected, would win the best actress in a play trophy.) 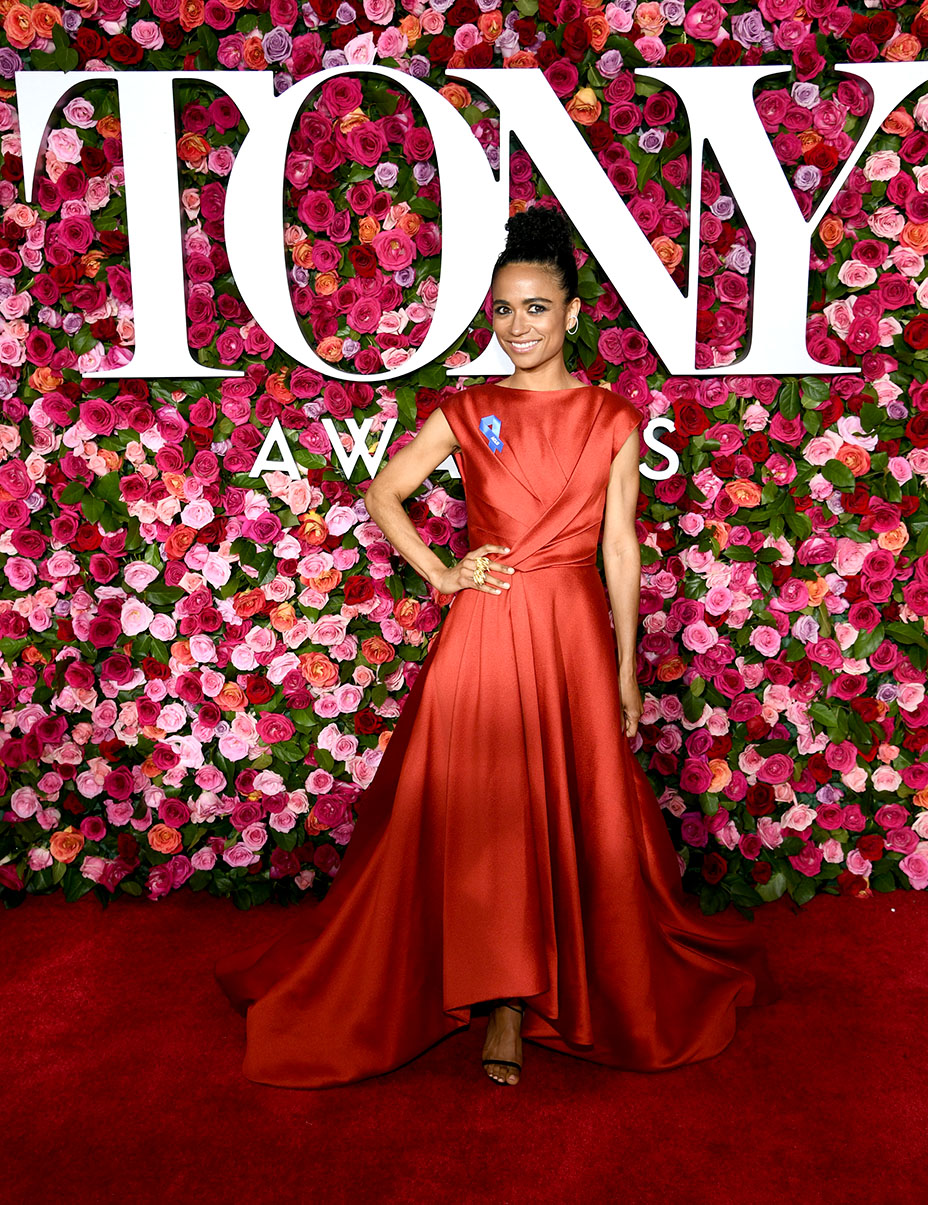 Lauren Ridloff noted that she was living a Cinderella moment on the red carpet. The deaf actress was nominated not only for her first Broadway role but also her first professional acting job, in Children of a Lesser God. Jason Wu designed her gown. “He was in charge of my whole look from top to bottom,” Ridloff said through an interpreter, and then gestured to what she loved best about her dress. “And you know what? It’s got pockets. Michelle Obama liked Jason Wu and wore his clothes; he designs clothes for the thinking woman.”