With no fewer than six fashion documentaries out this spring and summer, the genre is thriving. Opening July 20 in the U.S., the acclaimed McQueen profiles Alexander McQueen, the chubby, gay son of a London cabbie who conquered Paris haute couture, only to take his own life at age 40. Love, Cecil follows the life of costume designer and photographer Cecil Beaton, while Westwood: Punk, Icon, Activist profiles aging badass British designer Vivienne Westwood and her radical quest to shrink her business.

“It’s a particularly fertile moment for fashion films because we are thinking differently about identity — fashion is all about identity,” says Kate Novack, who directed The Gospel According to Andre, about former Vogue editor Andre Leon Talley’s path to fashion stardom against the backdrop of racism in America. “They are cinematic, with larger-than-life characters,” says Tribeca Film Festival director of programming Cara Cusumano of the three fashion docs that premiered in 2018: Andre, McQueen and Yellow Is Forbidden —about Chinese designer Guo Pei, best known for Rihanna’s meme-generating, egg-yolk yellow Met Gala dress.

Quite a contrast to 2006, when director Matt Tyrnauer, a Vanity Fair contributor at the time, was shopping the story of Valentino and his romantic and business partner, Giancarlo Giammetti. “Most of what I heard from studios and film financers was: Fashion docs always fail,” he says, noting that it was the same time Project Runway was a hit with TV audiences.

Even after he financed the $1.2 ?million film (much of it on credit cards) and Valentino: The Last Emperor premiered in 2008 to strong reviews, Tyrnauer had to self-distribute after “hearing crickets” from the market. Still, it was Tyrnauer’s $2.2?million-grossing doc, followed in 2009 by R.J.?Cutler’s $6.4?million-grossing The September Issue, that kicked off this new wave of projects.

“We started with a few screens in New York and built from there,” says Cutler, who brought the political badinage of his 1993 film War Room to the clash of personalities between Vogue’s Anna Wintour and Grace Coddington in The September Issue, which was originally slated to be a TV project before A&E’s Molly Thompson suggested it might be better as a feature-length film for theatrical release. 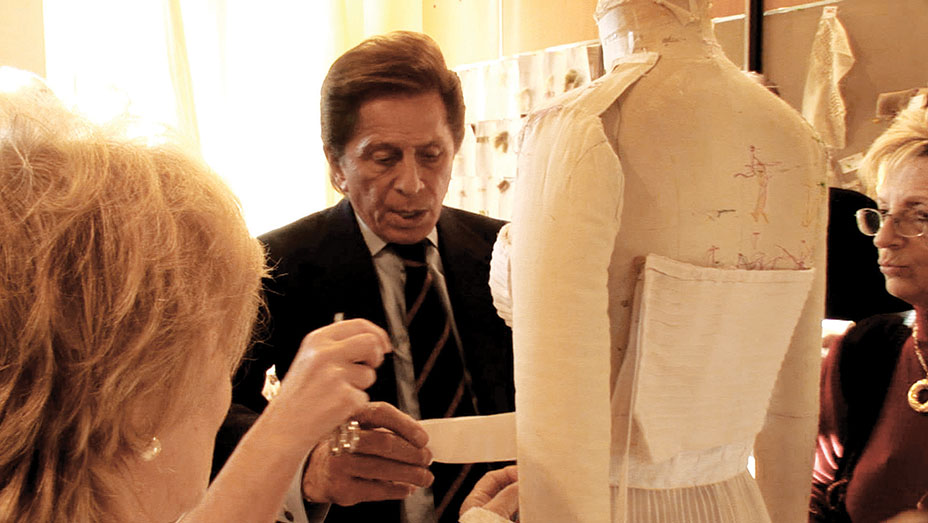 While fashion docs are never going to be blockbusters (budgets range from about $500,000 to $2?million, and box-office grosses have yet to exceed Cutler’s numbers), they find streaming audiences. “You can potentially see a profit,” says curator and producer Bronwyn Cosgrave, who produced Larger Than Life: The Kevyn Aucoin Story, focusing on the late makeup maestro to Barbra Streisand and Nicole Kidman. She notes that style enthusiasts are “voracious consumers of social media, so there’s a huge audience that a distributor can leverage.”

When McQueen directors Ian Bonhote and Peter Ettedgui took their 15-page treatment and mood reel to market in Berlin in February 2017, they didn’t have access to the fashion industry or to the McQueen family or brand. But the Metropolitan Museum of Art’s “Savage Beauty” McQueen show, which drew more than 1?million visitors, sparked interest. “We had great distributors to help with the financing,” says Ettedgui of the $1.5?million-budget film, which grossed $700,000 as of July?1 after four weeks in the U.K. “The humanity and genius of people like McQueen is drawing audiences into theaters,” says Andrew Karpen, CEO of U.S. distributor Bleecker Street, who also points to a rise in interest in documentaries in general, with RGB and Won’t You Be My Neighbor? doing well this summer.

For fashion docs, which are sometimes directly financed by the brand, fallout can ensue after a film bows. “These people have tremendous egos and huge corporate backing. If they don’t like the film you’ve made, they can threaten to destroy it or make you change it,” says Tyrnauer, who went to war with Valentino and Giammetti for six months over his film, during which they threatened not to show up for the premiere and to sue. (All was forgiven when audiences loved it.)

Then there’s the fate of the Yves Saint Laurent documentary Celebration that was shown just once, at the Berlin Film Festival in 2007, before it was stopped in its tracks by the designer’s partner Pierre Berge, who objected to Saint Laurent’s dazed and frail depiction in the film, and subsequently commissioned three of his own glowing YSL documentaries. It’s no wonder that in recent years, a subgenre of fashion docs paid for by fashion brands has emerged. Exhibit A: 2015’s Dior and I, funded by luxury conglomerate Louis Vuitton Moet Hennessy, following designer Raf Simons creating his first collection for the brand. 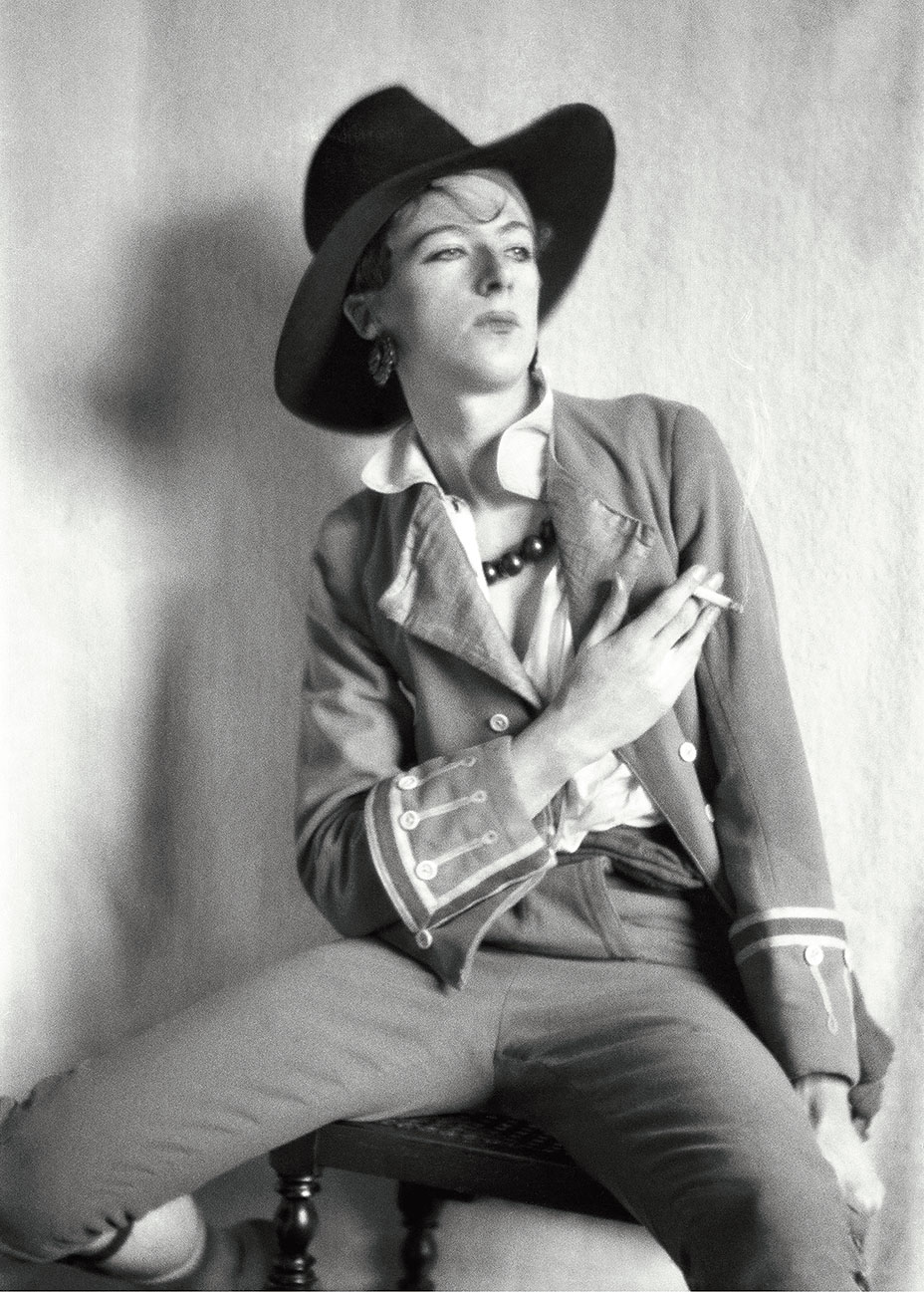 While Eamonn Bowles, president of Andre distributor Magnolia Pictures, cautions, “People don’t want to see a commercial,” Cosgrave believes it’s possible to make a good fashion doc with brand bucks. (Magnolia, IFC, A&E, The Orchard and Roadside Attractions have all been frequent distributors of fashion docs.) “It’s about knowing how to talk to a brand and say, ‘You can only benefit even if it’s a “gotcha” moment where someone has a tantrum or cries,” says Cosgrave, offering that brands like Swarovski are looking for potential projects. “A film can humanize a subject, and people are interested in that.” (Filmmakers point to Ralph Lauren, Karl Lagerfeld and Donatella Versace as untapped — but potentially unwilling — subjects.)

Westwood agreed to give director Lorna Tucker two years of access and final cut, only to denounce the resulting film on her brand’s Twitter account: “It’s a shame because the film is mediocre, and Vivienne and Andreas [Kronthaler, Westwood’s partner] are not.” Tucker says that magazines afraid of losing access to the brand — and advertising dollars — refused to review it. “I was pulled apart not just by her but by her sons. There was a moment when I said, ‘Shit, maybe I should have just done what she said.’ ’’

Sandy Chronopoulos — who directed 2017’s House of Z, about the family turmoil behind designer Zac Posen’s rise — got him on board. “Fashion is about a veneer, and those involved in it do want control,” explains Chronopoulos. Adds Posen, “It was terrifying, but Sandy wouldn’t make the film without me giving up control, and I respected that about her as a creator.” He adds, “I’m interested in making feature films myself.”

Coming soon to a theater near you.

A version of this story first appeared in the July 18 issue of The Hollywood Reporter magazine. To receive the magazine, click here to subscribe.