Designer Elisabeth Weinstock’s python-print snakeskin motorcycle jacket is a custom tag art billboard of sorts, scattered with hand-painted roses, ocean waves, punk band names, and the lyrics from “Hold On” by Green Day, circa 2000 (“As I stepped to the edge beyond the shadow of a doubt”).

The L.A. native, who has made snakeskin handbags and accessories her signature, recently feted her resort 2017 collection, along with celebrating 30 years clean after a teenage heroin addiction that almost took her life at age 19.

Yes, her snakeskin handbags and accessories have been toted by the likes of Justin Bieber, Sarah Jessica Parker, Kylie Jenner, Justin Timberlake, Lenny Kravitz, Drake, A$AP Rocky and Usher. But the untold story is her dedication to those less fortunate.

For the past 20 years, Weinstock has partnered creatively with former L.A. gang member Alex Izquiero, who contributed ideas for some of the graffiti work on her handbags. 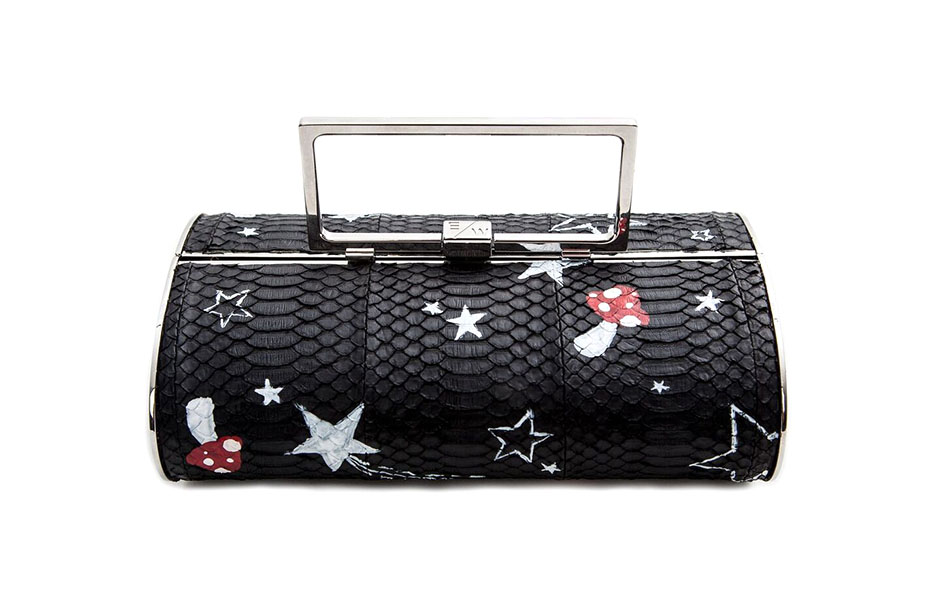 “Alex is the one who really encouraged me to do the art,” says Weinstock. “We have regular think tanks; he keeps me going and pushes me creatively.”

“I grew up in a rough area of South Central L.A.,” says 36-year-old Izquiero. “I never trusted anybody. But I met Liz when I was 16 years old at the recreation center A Place Called Home. She didn’t try to change me, but I grew into trusting her, little by little. I give her ideas and she helps me brainstorm ideas for my video and film work. She likes to help people. I’ve learned so much from her.”

More recently, Weinstock and design partner Belen Hormaeche enlisted four undiscovered L.A. artists to hand-paint patterns on resort 2017 bags—bold red-and-black graffiti on python-print snakeskin and a storybook mushroom-and-star print on black watersnake. A romantic floral-and-peacock pattern on white snakeskin will be added for spring. Prices range from $830 for a zip-top clutch to $2,472 for the large Belgravia tote bag. Pieces can also be customized with lettering of choice at the brand’s West Third Street flagship or elisabethweinstock.com. 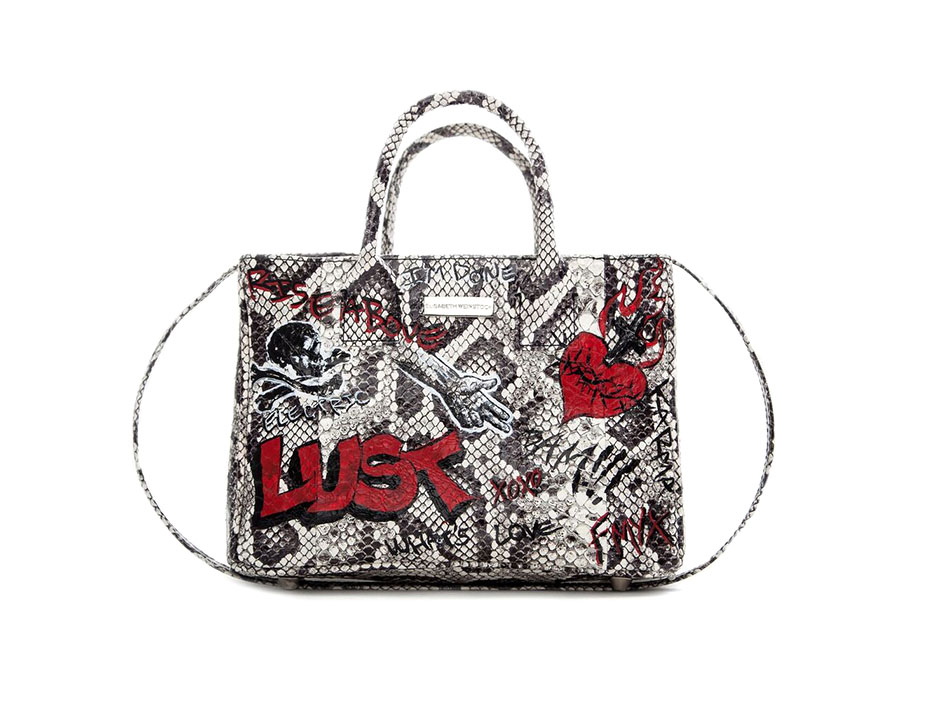 “Some of the artists are in recovery, some are newly sober, others have been locked up many times,” says Weinstock. “Many had never had a job anywhere before, or even an art lesson, but could just do what they’re doing. Of course, they have to have a certain aesthetic that matches the brand, but we are bringing in more artists all the time. One of my artists has been sober for 160 days now and he’s doing really well. That’s all I care about.”

“Liz texted me earlier this year and said, ‘Can you paint a mushroom?” says 23-year-old former heroin addict and street tag artist Josh Grunfeld. “When I was 13, I became friends with the tagging crew and I would go out in the streets and paint letters, which felt liberating. After years of doing that, I progressed and got better. My friends are crazy-good artists, but they still do bad stuff, so they aren’t channeling their talent in positive ways. Now I’m doing things in my life that lead to opportunities. Russell Simmons’ company All Def Digital just hired me to tag rap lyrics on a wall in their office. It all started by painting one mushroom bag.”