“It’s a bit like a birthday party for me, isn’t it?,” said Suki Waterhouse as she surveyed the standing-room-only crowd in a townhouse on New York’s West 56th Street.

Elizabeth Taylor owned the elegant Midtown Manhattan space in the late 1950s when she was married to Mike Todd (husband No. 3), and its classic, romantic lines made it the perfect spot to celebrate Waterhouse’s status as the face of Ferragamo’s latest fragrance, Amo. Ellen von Unwerth lensed the online-only campaign and was among the night’s guests, which included Alexandra Daddario and Edoardo Ferragamo, grandson of Salvatore, who pronounced Waterhouse “stunning and talented and sophisticated, just a perfect match for this campaign.” 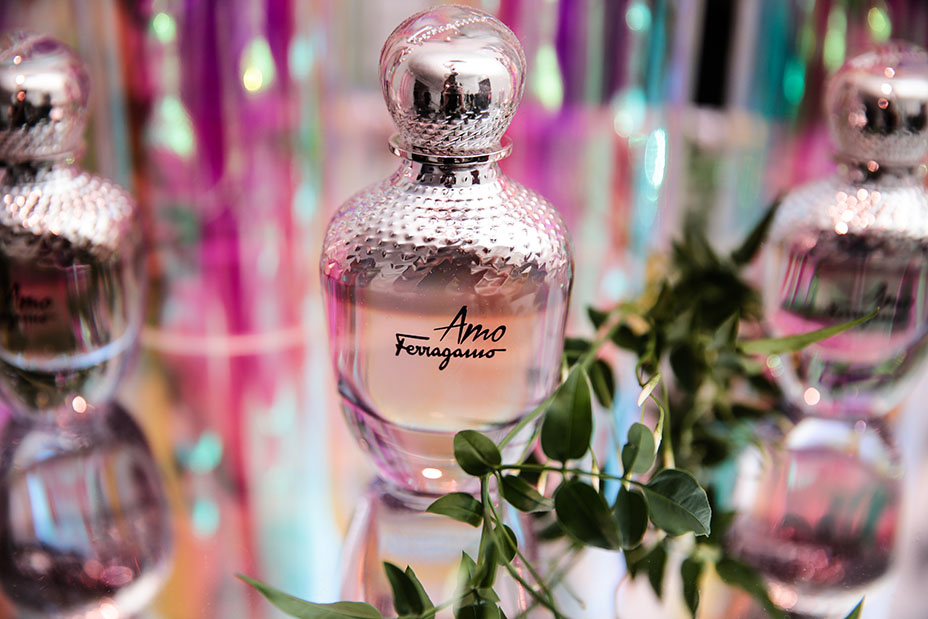 The British model and actress previously had played “the girl” for a Burberry men’s fragrance, but this is her first starring role in a campaign — and the first fragrance you actually might find in her bathroom, she added. “I haven’t worn fragrance, ever, but I really love this one,” Waterhouse said. “It’s really light and gorgeous, and I love the vanilla essence. It reminds me of cakes. It’s also soft and a bit cheeky, and I can be a bit cheeky, I suppose.”

What makes Amo — Italian for “I love” — ideal for Ferragamo right now? “It’s a pretty audacious scent,” explained perfumer Marie Salamagne, the “nose” behind the label’s latest scent (she also crafted Thierry Mugler’s Aura and Yves Saint Laurent’s Black Opium Floral Shock, both of which debuted in 2017). For Amo, Salamagne had a cocktail in mind, something with the flavor of bitter orange, “and from there I had the idea to add the vanilla, but a white vanilla from Tahiti, because it’s much more floral. Vanilla with an aromatic note is mostly used for men’s fragrances, and that intensifies the sensuality with this. It’s very feminine, but very different.” 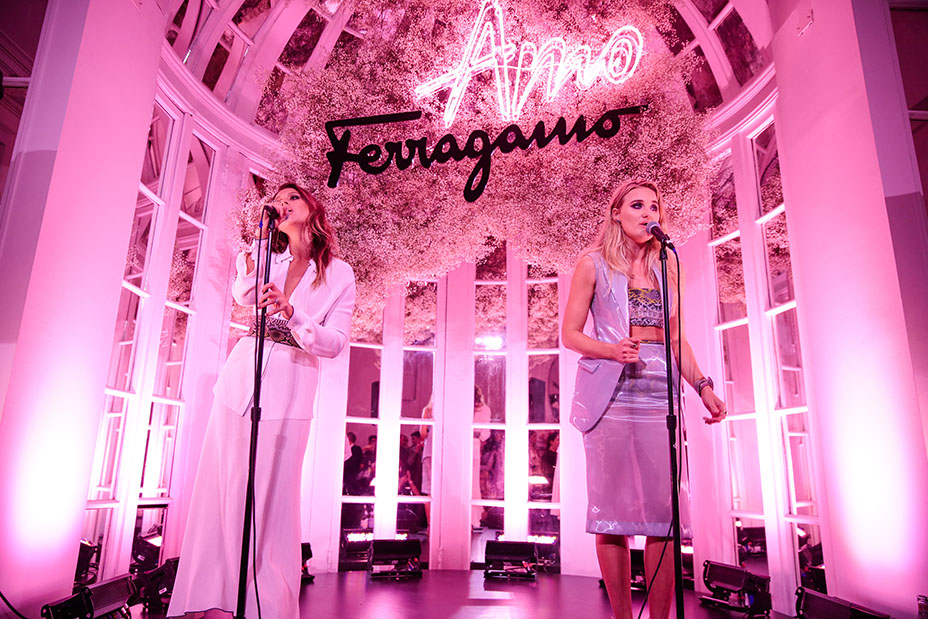 Salamagne also approves of Waterhouse as the face of Amo: “She’s the perfect representation: young, full of energy, full of joy — and yes, audacious. The brand wanted to go in that direction, to show that Ferragamo was that woman.”

The Italian label’s heritage always plays a role in its branding, and the campaign for Amo is no exception, with Waterhouse and von Unwerth trekking to Florence for a weeklong shoot. “It was absolute heaven — I stayed right next to the Ponte Vecchio and had champagne at Harry’s Bar,” Waterhouse recalled. “And the Ferragamo family takes such good care of you — they made me eat so much the whole week, I think I came back five pounds heavier.”

Wearing a buff-toned satin dress from Ferragamo’s spring 2018 collection, Waterhouse indeed was the center of attention on Tuesday night, but she was far from the only woman wearing the label’s spring line. Amy Forsyth, about to be seen on NBC’s Rise when it premieres March 13, wore a laser-cut leather T-shirt dress from spring, while Virginia Gardner, who will star in this October’s Halloween reboot, mixed pale-blue silk charmeuse with python from the collection. (Nearby was Gardner’s boyfriend, Graham Rogers, who will next appear on Chuck Lorre’s The Kominsky Method; he wore a tailored suit from Ferragamo’s spring men’s collection, but the Pennsylvania native and Philadelphia Eagles fan may have been a bit preoccupied by his team’s Super Bowl win: “I haven’t slept in two days,” he noted.)

And with Paul Andrew — who oversaw Ferragamo’s shoe designs before being named the women’s wear creative director in October — also in the house, Ferragamo’s footwear likewise garnered plenty of attention. “I’m a big fan — look at these heels!” Forsyth exclaimed, showing off Andrew’s white ankle boots with the season’s must-have gold column heel.

As sister act Aly and AJ took the stage for a surprise appearance, Waterhouse noted that the shoes have also been what has always drawn her to Ferragamo, but in shooting the campaign for Amo, she gained a newfound appreciation not only for the brand, but also its Italian roots. “I just really fell in love with the whole ethos behind it, of absolutely loving your life and embracing it,” she said of her time in Florence. “If you’re not having fun, what’s the point?”