Given that Logan Hollowell is known for her celestial-inspired creations, it’s not surprising that the stars aligned for her new fine jewelry boutique. The Los Angeles designer has set up shop with Emmy-nominated set designer Anton Goss just off the beaten path of Abbot Kinney Boulevard in Venice, and she fêted the occasion on Thursday night with an intimate grand opening party.

Tucked away behind the luxury stationery boutique Urbanic Paper, the space allows Hollowell’s store “to be rare and a little more hard to find — we’re not in major retailers for a few reasons,” she tells The Hollywood Reporter. “We like to be special and keep the integrity of our product and the magic behind it preserved,” which is what drew her and business partner Caroline Cronin to take a chance on the hideaway-like space. The owners of Urbanic Paper introduced her to Goss, and the two “just hit it off. We have this spiritual connection — we’re kindred spirits,” says Hollowell. 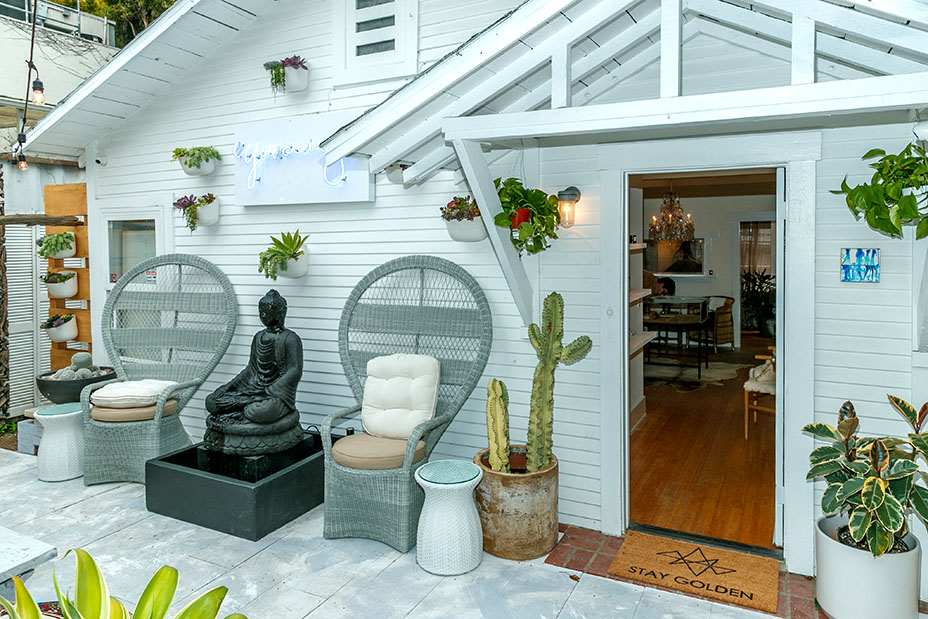 Shoppers enter via a wood-paneled walkway, which leads to a greenery-filled back patio decorated by Goss, who is also the founder of interior and landscape design shop Acme 5, which has locations in Pacific Palisades, Santa Monica and Yucca Valley. The Venice hideaway features his succulent creations ($15 to $35), while carved wood panels, outdoor rattan seating (also shoppable) and a flowing Buddha water fountain all come together to set a serene scene for Hollowell’s jewelry clients.

The 1,000-square-foot shop — located in a charming back house — stocks Hollowell’s full collection of 18-karat yellow, white and rose gold jewelry, including her best-selling engravable Sunshine necklaces ($400 to $975 and up), which are also favorites among Hollywood clients; her Constellation range of rings, earrings and necklaces ($215 to $2,950); and her line of Alchemy Coin Charms ($695 to $1,750), which can be mixed and matched to create personalized bracelets and necklaces. 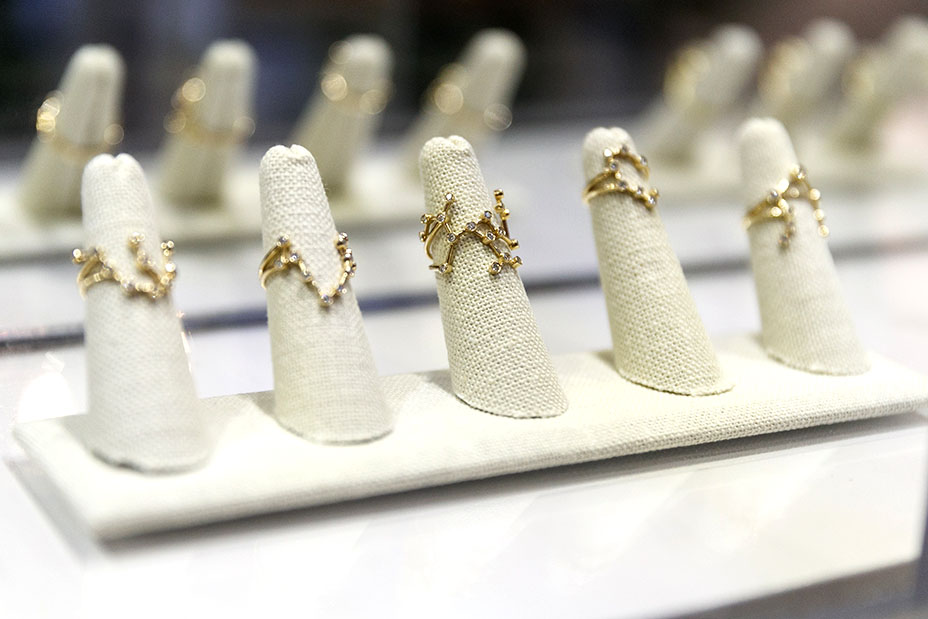 Hollowell adds that the Eye of Protection Coin is also popular among starry clientele: “It’s this hand-carved, 18-carat gold, diamond-encrusted coin. It’s just like a totem, a kind of protection piece — and we know that Hollywood needs their protection.” The designer can also whip up bespoke bridal designs and any other custom creations.

Coming soon to shelves is her new numerology line, which is “another facet of spiritual awakening” that helps wearers discover their “life path number” and what that says about “their purpose here on Earth.” And jewelry collectors (or luxury-loving cosplayers) who are fascinated with all things otherworldly can also snap up Hollowell’s Thor: Ragnarok Collection ($115 to $850), her collaboration with Marvel Studios inspired by the superhero god played by Chris Hemsworth in the 2017 pic.

Have you guys seen @marvel ‘s newest flick @blackpanther ?! I give it a – beyond inspired! More magic with @marvel @disney coming soon. #gemswithsuperpowers #marvelandloganhollowell

Adding that there are more collabs with the comics and entertainment company coming down the pipeline, Hollowell says her jewelry’s cosmic and artisanal aesthetic as well as her “thoughtful and metaphysical” designs are what caught the attention of team Marvel.

“In a lot of their films, there’s so much deep philosophy and wisdom that people don’t really always notice on the forefront or below the surface, like with the Infinity Stones, there are a lot of deep metaphors,” much like her esoteric jewelry, she says.

The store will carry a selection of gemstones Hollowell has collected from around the globe, including pure onyx, amethyst, rose quartz and citrine from Brazil, Africa and other corners of the world. And it will be the exclusive Westside stockist for the new CBD-infused Sanctuary Glow Serum from celebrity esthetician Kát Rudu, whose clients include Kate Beckinsale, Eva Mendes and Jenna Dewan. “It has pearl powder in it, which I really love. It’s really good for brightening and it smells amazing,” she adds.