Fiorucci, the Italian fashion label founded by the late Elio Fiorucci, who died in 2015, has relaunched with a new flagship in Soho, London.

Developed by design consultancy Brinkworth, which counts Supreme and Sonos as clients, the 5,000-square-foot building consists of two retail floors connected by a spiral staircase that’s accompanied by a plant installation by Pulbrook and Gould. The location, situated on the corner of Brewer Street and Great Windmill Street, was once the site of a Victorian chocolate factory. 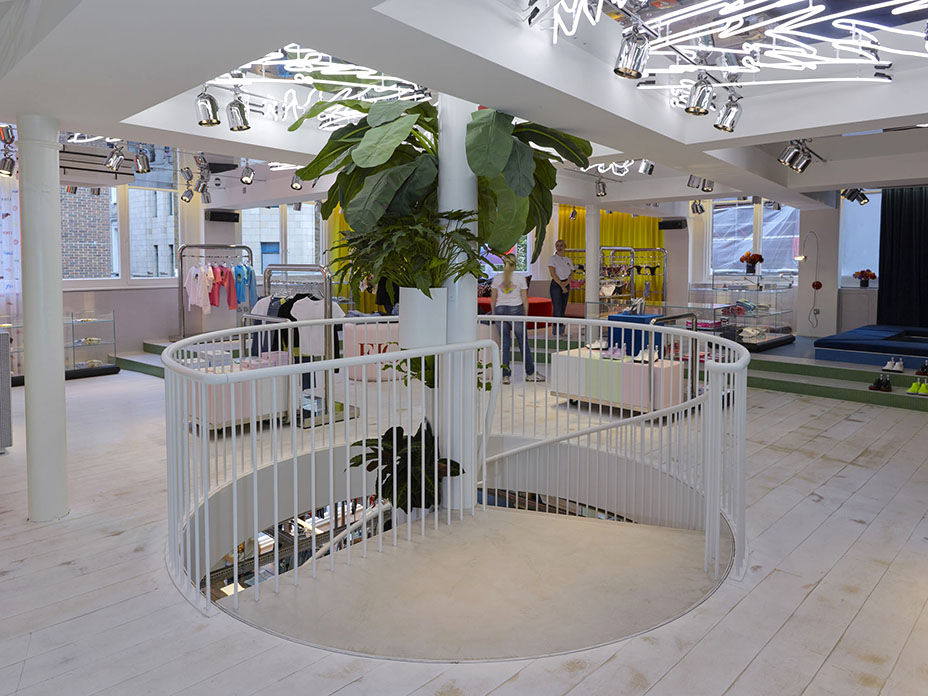 “It’s a versatile, creative space with moveable fixtures, conducive to our plans for regular exhibitions, events and parties,” said CEO Janie Schaffer, who acquired the brand in 2015 with her business partner and ex-husband, Stephen Schaffer. Earlier this year, the British duo relaunched Fiorucci with a new website and pop-up shops in Barneys New York and London’s Selfridges. Given that Fiorucci himself opened his first store in Milan’s Galleria Passarella in 1967 after being exposed to the stylish scene of Swinging London, it makes sense for the Schaffers to bring it back to where it all began. 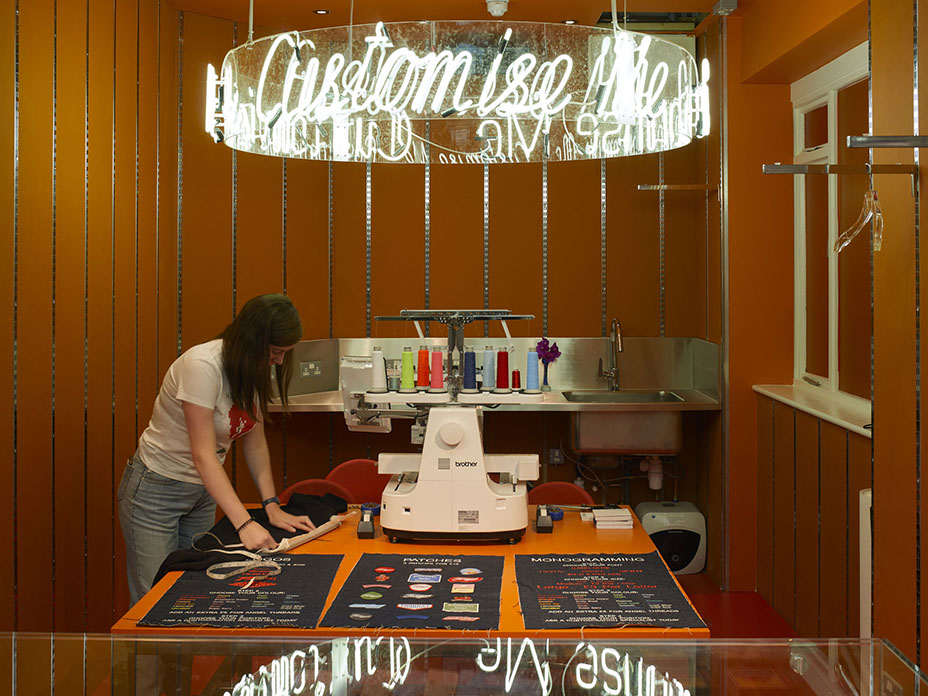 The first floor features womenswear, menswear, denim and accessories, as well as custom-made furniture, mobile fitting rooms and a revolving bed. Added Janie: “Our customization area will be a haven for those wishing to have their jeans tailored and personalized — embroidered, embellished and screen printed with graphics from the Fiorucci archives.” 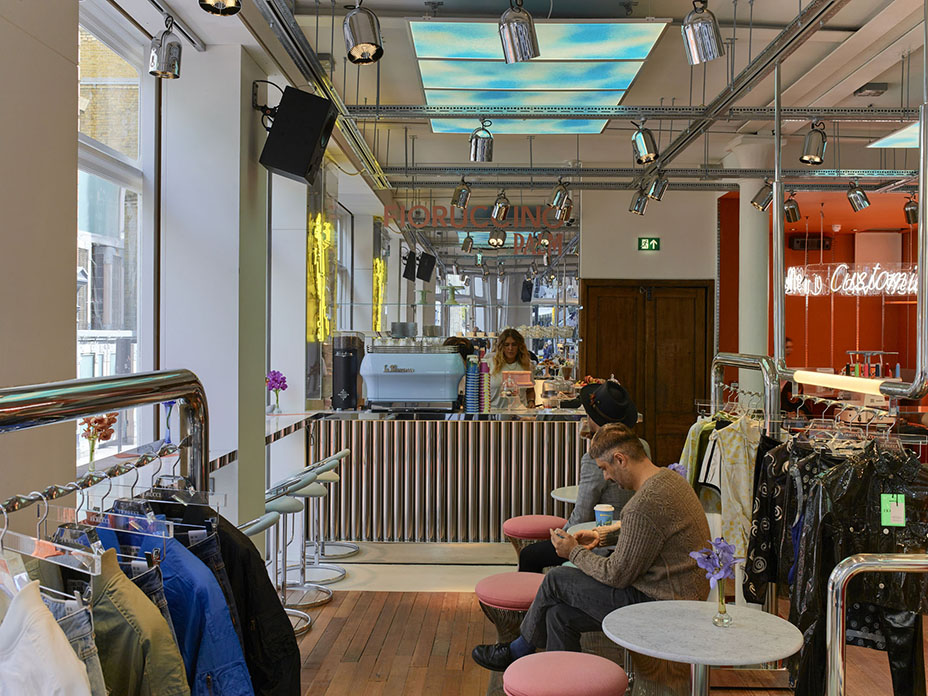 Of course, the former Fiorucci boutiques weren’t just about the clothes — they were considered hot hangout spots, too. The location on East 59th Street in New York, known as “the daytime Studio 54,” was frequented by Andy Warhol, Elizabeth Taylor and Cher before it closed in 1984. And the new flagship hopes to be a go-to lifestyle haunt, with its cocktail bar, lounge area and a ground floor cafe called Fioruccino’s helmed by Palm Vaults. Indeed there are Instagrammable sips and bites — think pink lattes and angel cupcakes. 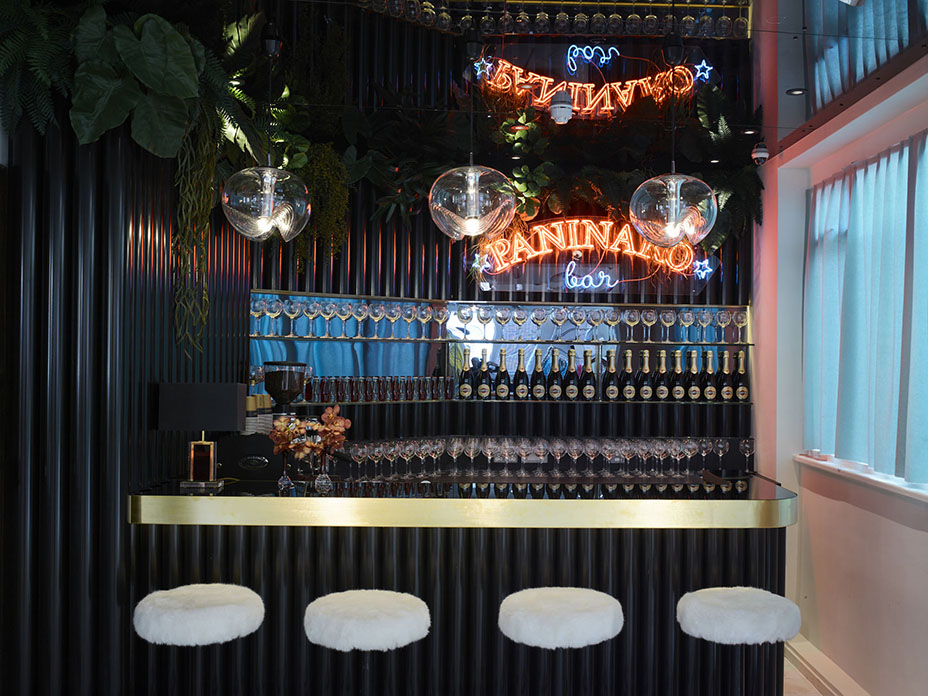 Schaffer also noted that a new range of gifting and homeware products, including towels, candles and blankets, will sit alongside brand heritage pieces such as archive posters and graphic stickers. 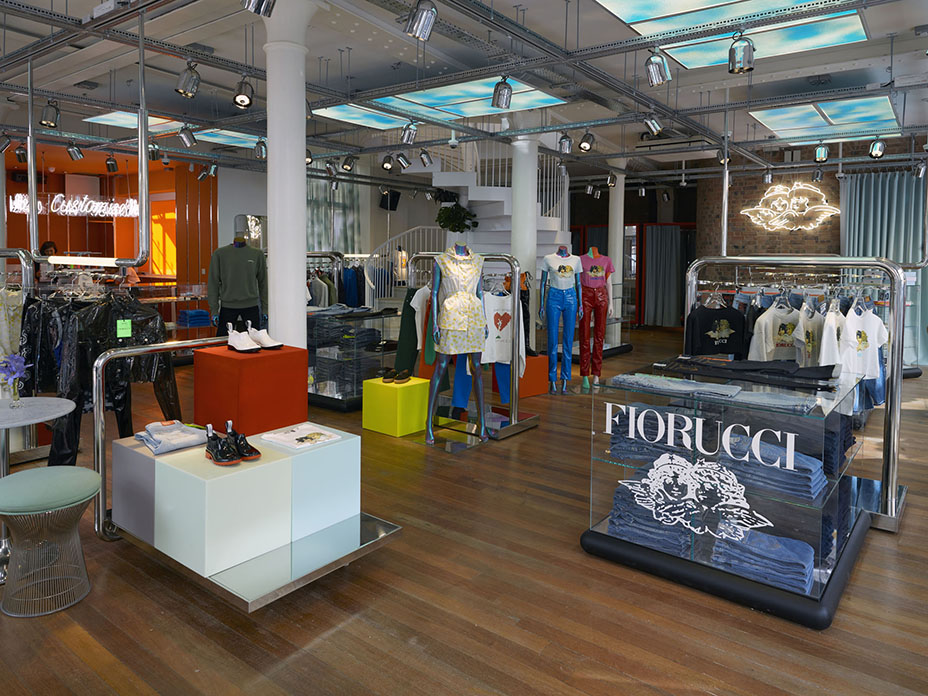 Before the flagship on 39 Brewer Street opened during London Fashion Week, Fiorucci hosted a “resurrection” party at French restaurant L’Escargot that saw Georgia May Jagger, Justine Skye, Jess Glynne, Rafferty Law (son of Jude Law) and others on the stylish scene.

As part of its relaunch, Rizzoli has also published a 50th anniversary book called Fiorucci. The 192-page tome ($45), available starting Oct. 3, features archival photographs; a forward by Sofia Coppola, who discovered Fiorucci when she was 12; and anecdotes from Marc Jacobs, novelist Douglas Coupland, designer Maripol and more.

With Kendall Jenner, Dakota Johnson, Joan Smalls, Hailey Baldwin and Charli XCX among this generation’s Fiorucci fans, don’t be surprised if the brand starts popping up all over your Insta feed. 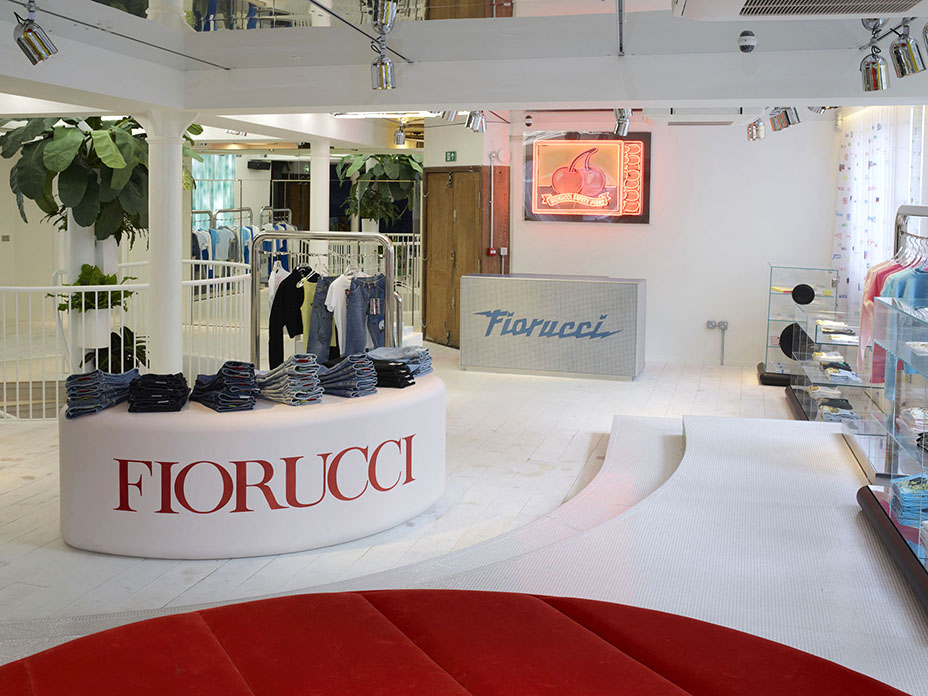 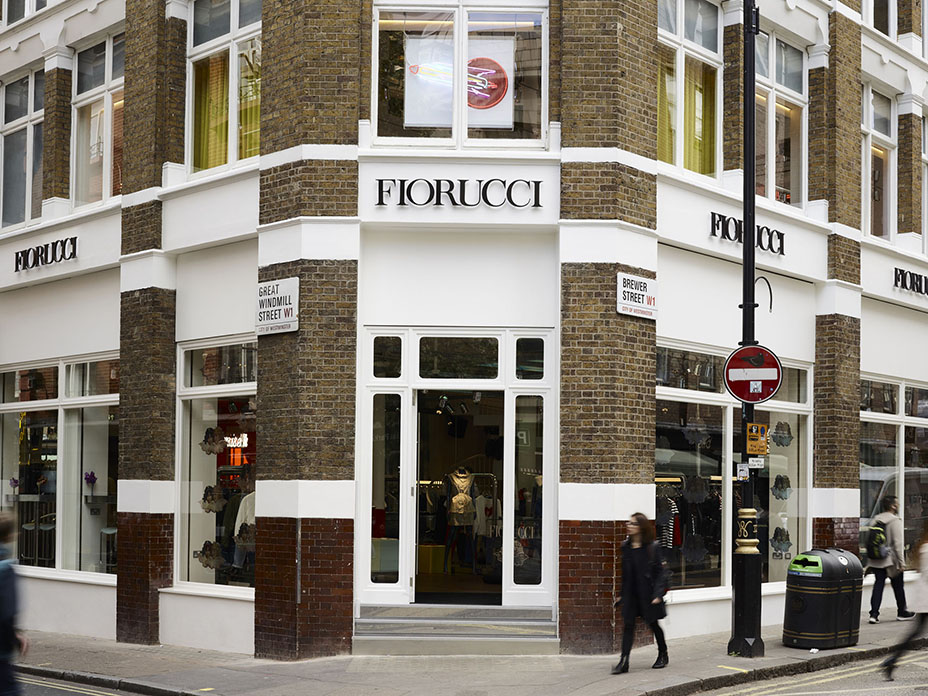