Late actress and style icon Farrah Fawcett radiated a fresh-faced beauty that many aspire to imitate. (Who can forget the famous red swimsuit pinup poster from the 1970s?) Now, the Farrah Fawcett Foundation has rolled out its first beauty product to help women try.

Proceeds from sales of the $38 rosy-nude Farrah lipstick, created by Los Angeles company Nude Envie, will benefit the Farrah Fawcett Foundation, created by Fawcett in 2007 soon after her cancer diagnosis and focused on cancer awareness, research and prevention. The foundation’s president and CEO, actress Alana Stewart, spoke to The Hollywood Reporter about the project created in honor of her friend, who died in 2009. 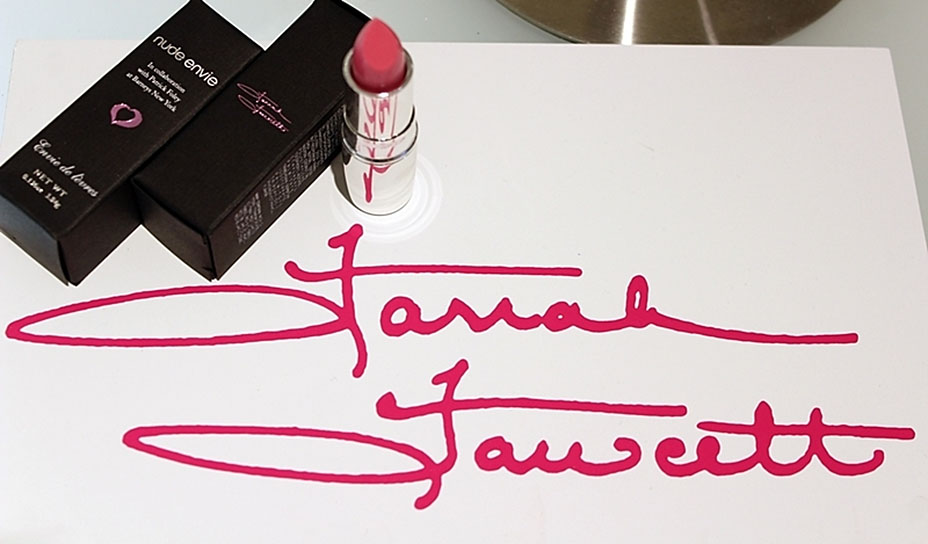 “Farrah was definitely a natural beauty,” says Stewart. “She loved her lipstick and I never really saw her with any other color than this particular shade of beautiful baby pink that she loved. It was her signature color. We were both always searching for that perfect color of pink lipstick and if one of us found something, we’d share it with the other. Sometimes she’d mix a couple of colors to get the right shade. She was really into her lipsticks. She had hundreds of them!”

It was Patrick Foley, Barneys New York’s resident makeup artist in Beverly Hills and another close friend of the actress, whom she would turn for many of her makeup purchases, who first came up with the idea for a Farrah lipstick.

“Patrick’s always wanted to do a Farrah pink lipstick,” says Stewart. “It’s a great pink that looks good on everyone. You can mix it with a lip pencil or another color if you want to make it softer or brighter. But it’s kind of the perfect all-around pink, a great summer shade, and I think Farrah would have just loved it.”

“Farrah had that perfect ‘California girl’ look…She was often all-natural with no makeup but she never left the house without her lipstick!” says Foley in a press statement that describes the lipstick as “a sheer, silky and glossy formula with a smooth texture.”

“If Farrah had gone to the doctor earlier, when she first started having symptoms, she could very well be alive today,” says Stewart. “Women are busy, many of us have kids, and she was going through a period where her mother was dying so she was in Texas a lot and she really ignored the symptoms, which were definite warning signs, so that’s an important part of the foundation. We put a lot of money into research, especially HPV-related cancers. Stand Up to Cancer is researching a specific drug and treatment for all HPV-related cancers and we’re working on a prevention campaign with them, as well.”

“We manage Farrah’s intellectual property, the brand, so there are so many opportunities we see the potential for in beauty products, including hair products,” says Stewart. “You know, she was famous for her hair!”